ON A LARGE NATURAL HARBOR on the North Sound of Grand Cayman, the developers of a proposed Ritz-Carlton resort community sought to create a destination rich in both tradition and luxury. Spanning ocean to sound, the site itself was a compelling lure for future residents and guests. Yet, the developers wanted the beauty of the tropical setting to be matched by planning and architecture that would build upon the island’s heritage and amenities that would rival the world’s premiere resorts. Historical Concepts’ vision called for a modern interpretation of the island’s architectural vernacular, while still honoring its long history of Jamaican, Spanish, and British influences. Drawing upon the island’s 500 year maritime history and its British Colonial past, as well as a careful analysis of the land, water, and associated ecosystems, the resulting plan presents a upscale community with a fresh spin on traditional architectural motifs.

Historical Concepts’ master plan composed a series of interconnected islands, each a residential village offering a unique housing type. Carefully woven within this context are a boutique hotel, spa, and a range of other resort amenities, balancing privacy with the building of community. Despite the varying price points and features of the residential enclaves, Historical Concepts was able to create a cohesive sense of place. Each element within the community shares in a contemporary, yet faithful continuation of British Colonial architectural traditions, with a focus on the distinctive vernacular that evolved in response to Caribbean climate and the Caymanian culture. 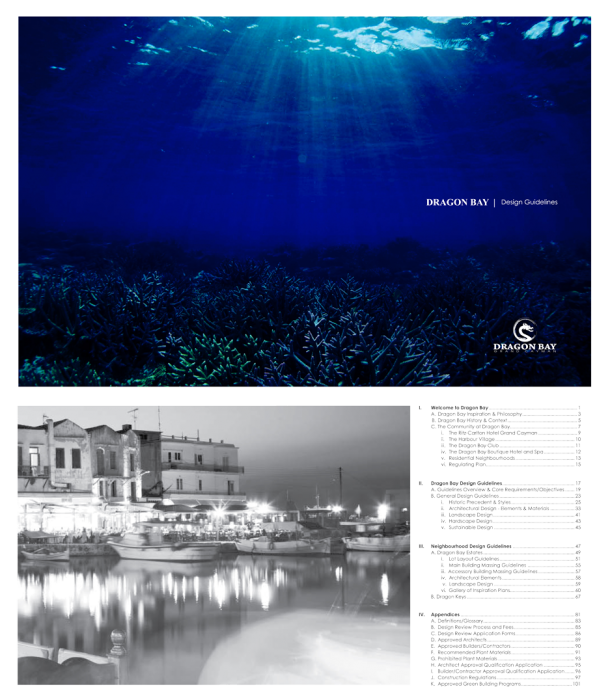 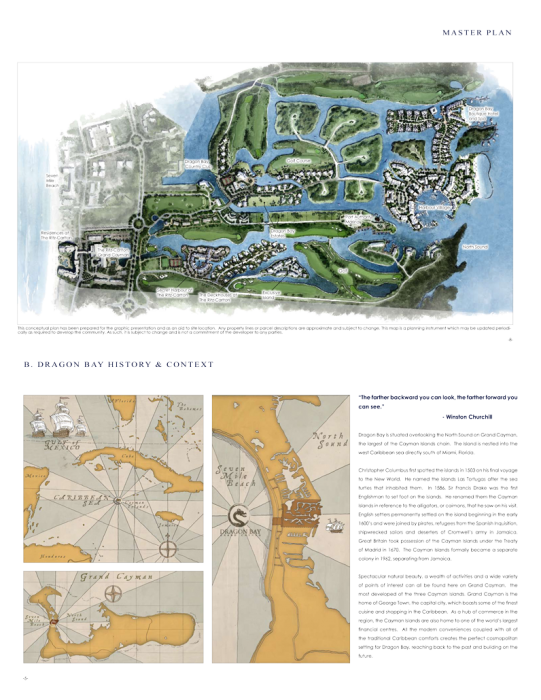 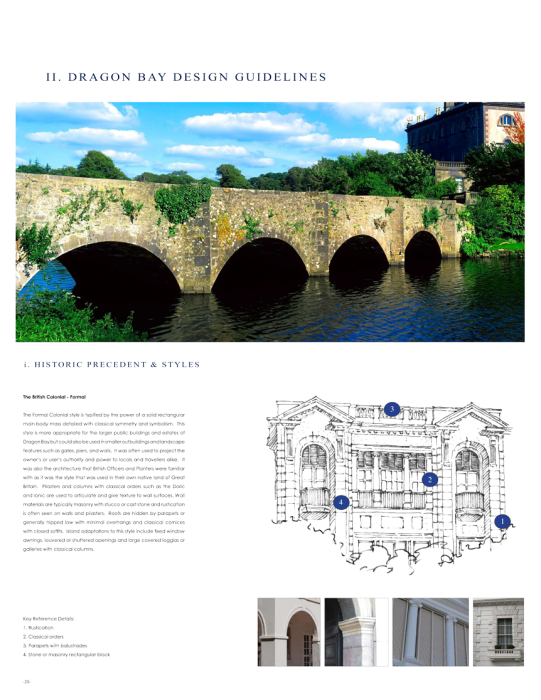 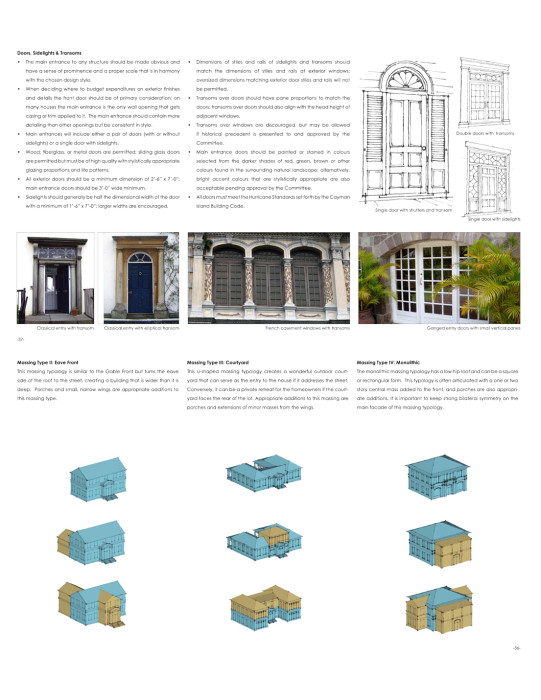 TO ENSURE AESTHETIC HARMONY between the natural environment and the new community, the developer commissioned design guidelines. This blend of regulatory and visioning document, with excerpts shown above, outlined the site’s history and context, established appropriate architectural patterns, and provided visual inspiration for its future.

THE BOUTIQUE HOTEL welcomes guests by land and water. A roof deck, shuttered verandahs, and a sheltering portico rise above the harbor entry, acknowledging the sovereignty of the sea. In comparison, a tasteful yet demure arrival court addresses the interior of the community. 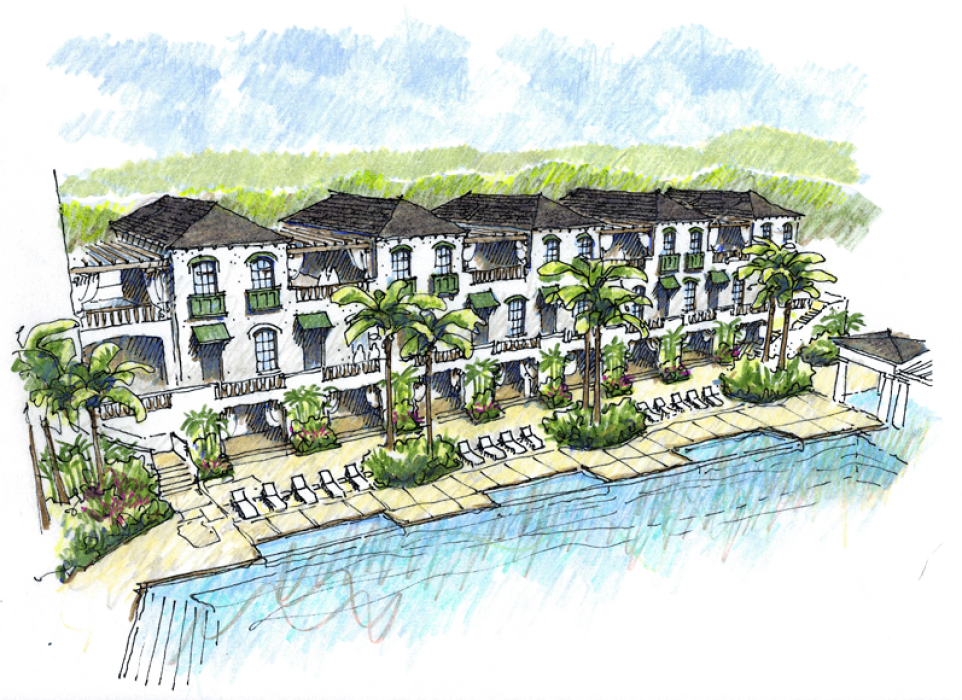 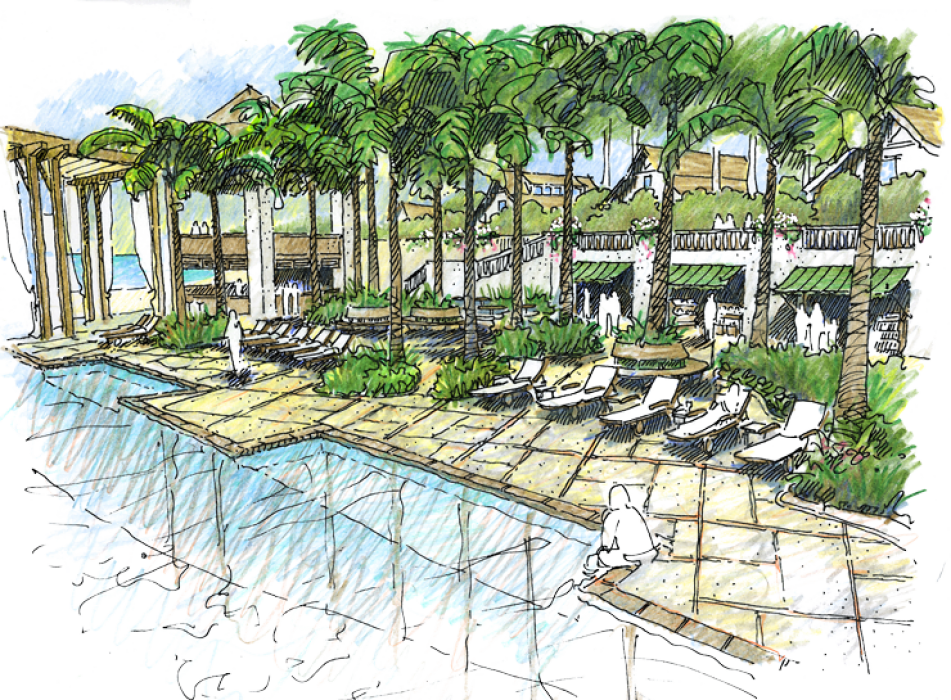 SURROUNDED BY WATER, a wing of the boutique hotel offers luxury suites that overlook the arrival harbor, pool, and beach beyond.
Private terraces, cooled by Caribbean breezes, provide subtle separation between the suites. 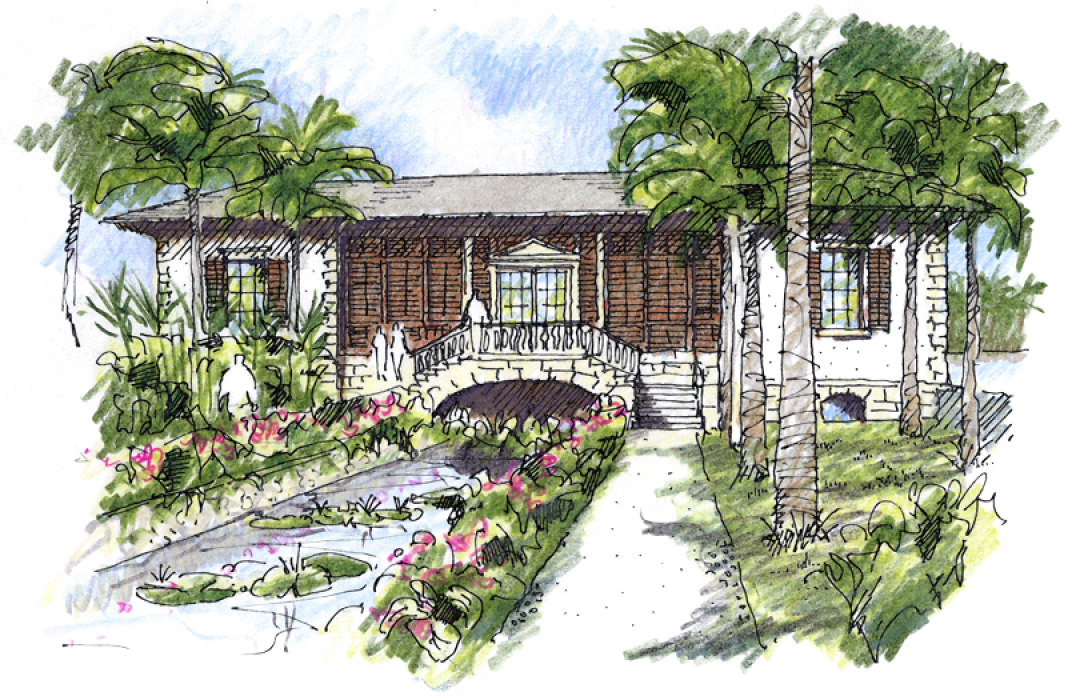 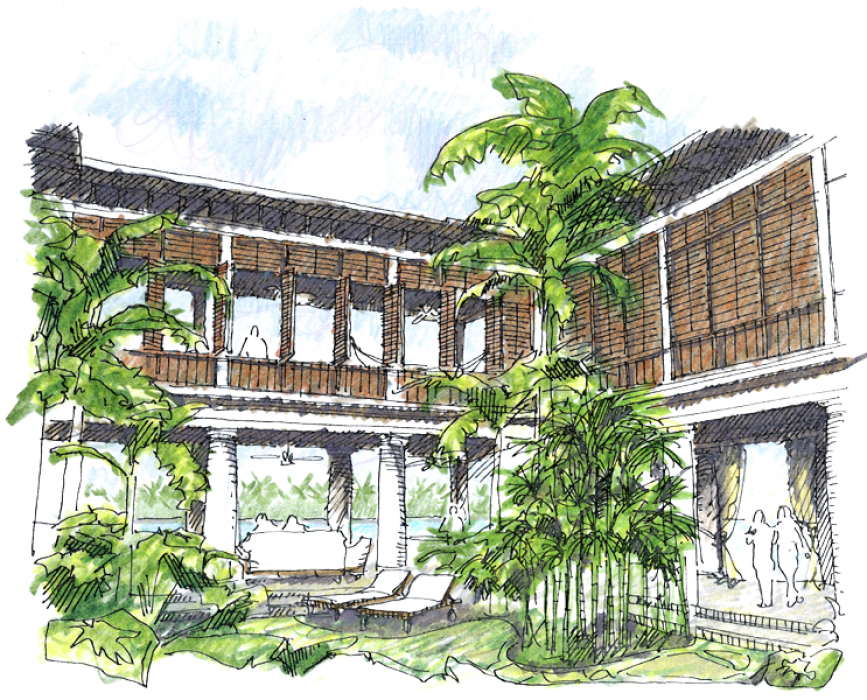 THE SPA, OPPOSITE THE HOTEL, includes two spectacular entries, beautiful views across the harbor,
a reflecting pool, a restful courtyard, and private treatment rooms with plunge pools. 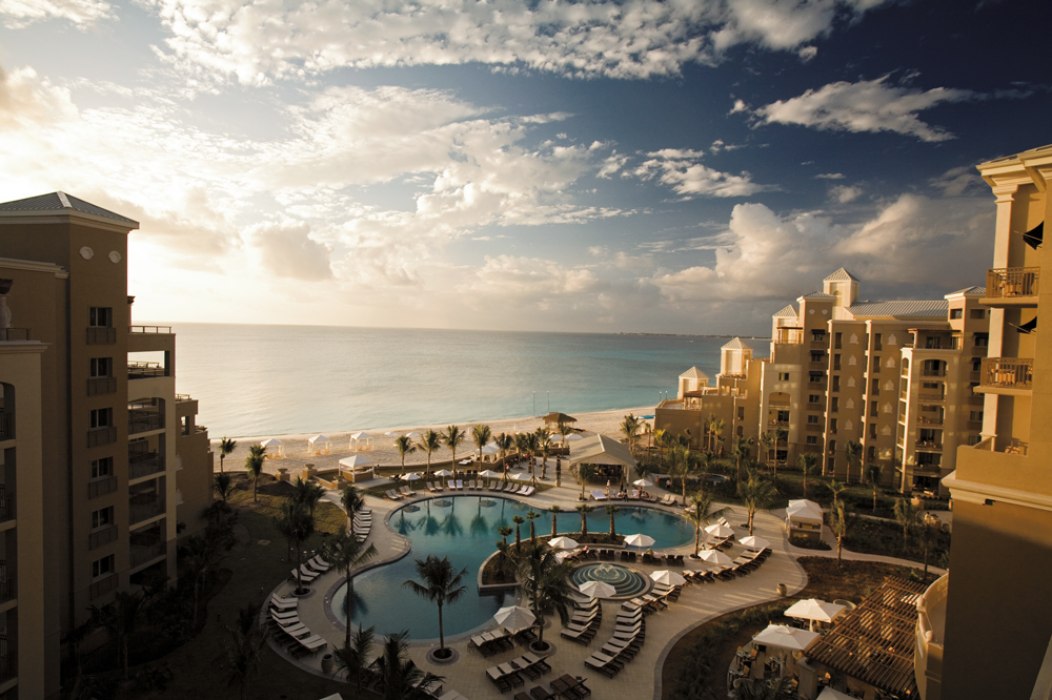 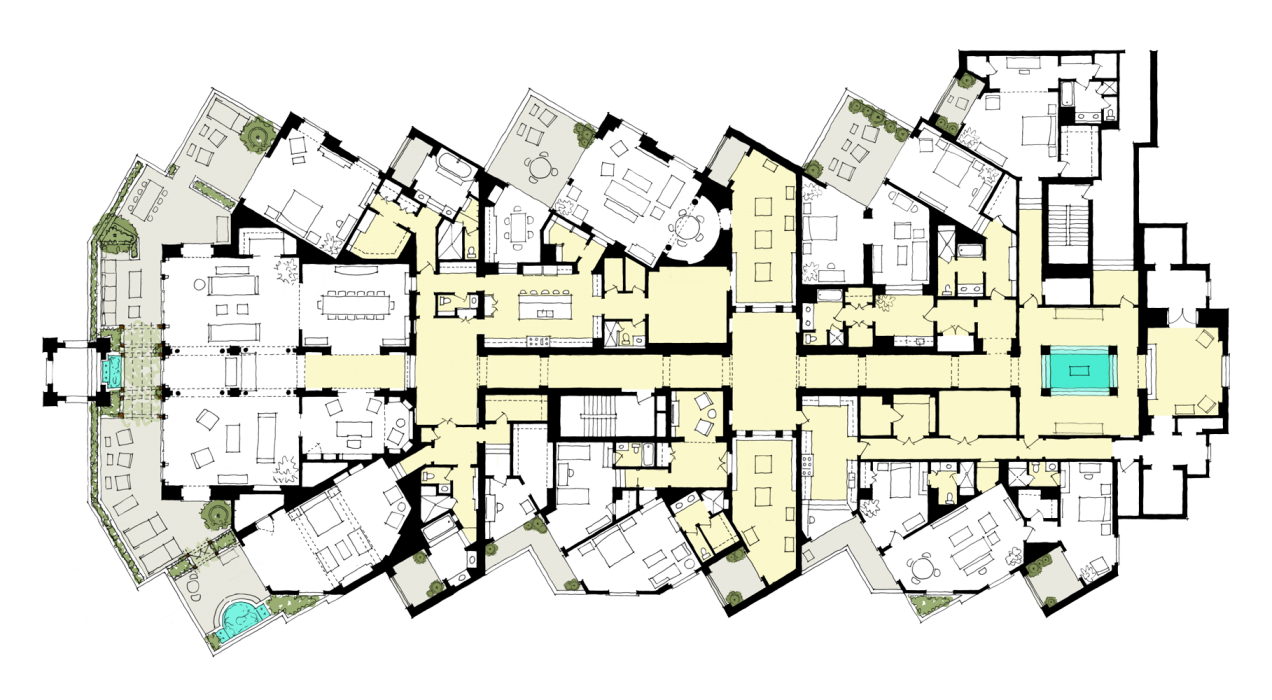 SEVEN SOUTH IS A SERIES OF LUXURY PENTHOUSES designed to occupy the upper floors of the existing Ritz-Carlton Grand Cayman. These opulent residences are just one of the many residential offerings proposed for this resort community. 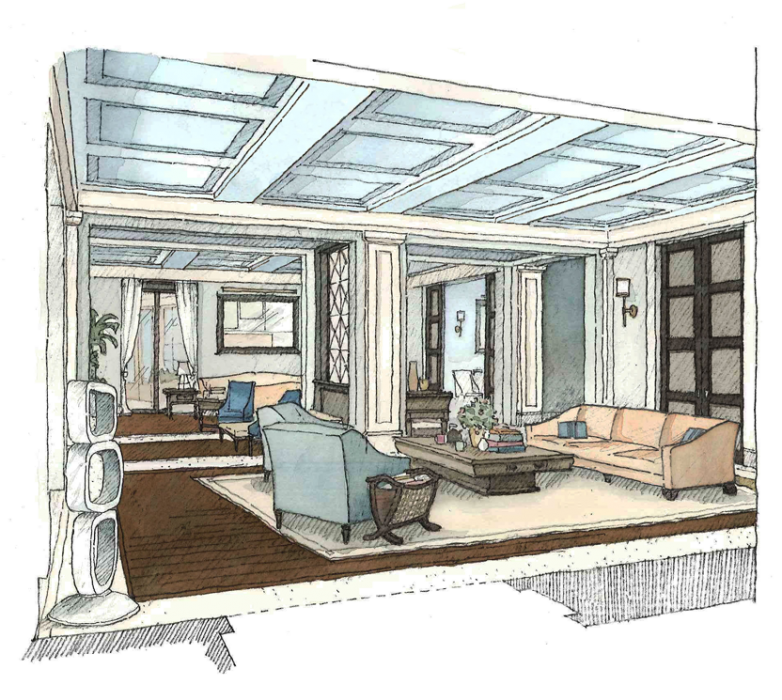 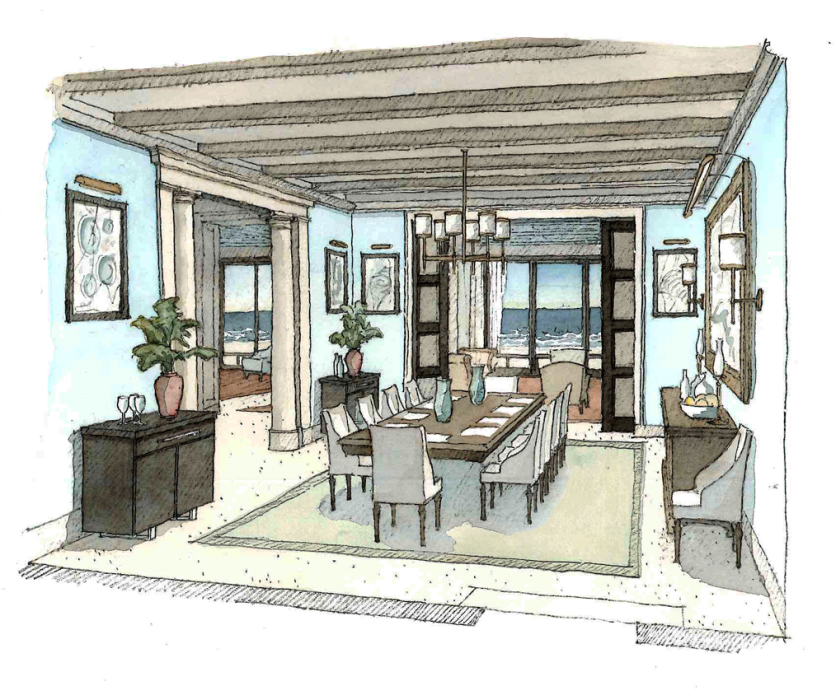 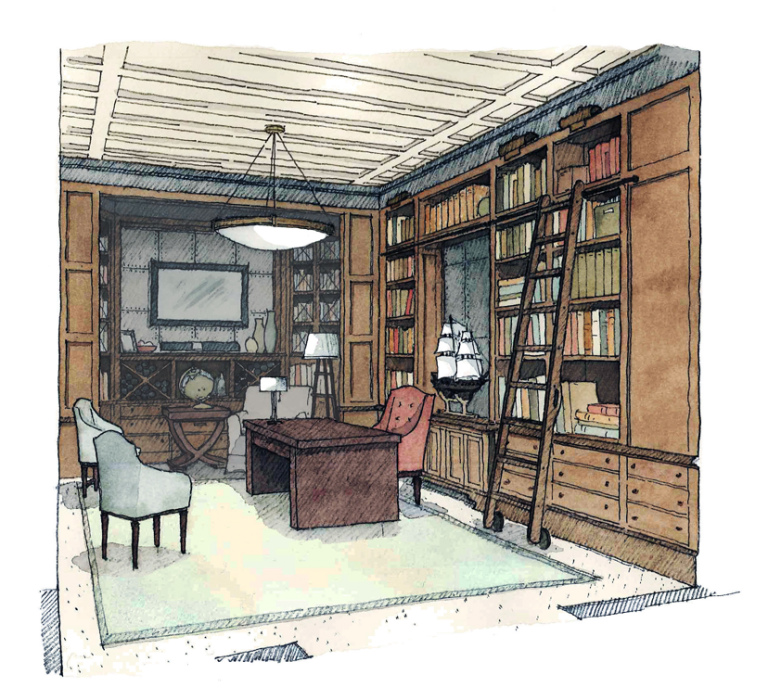 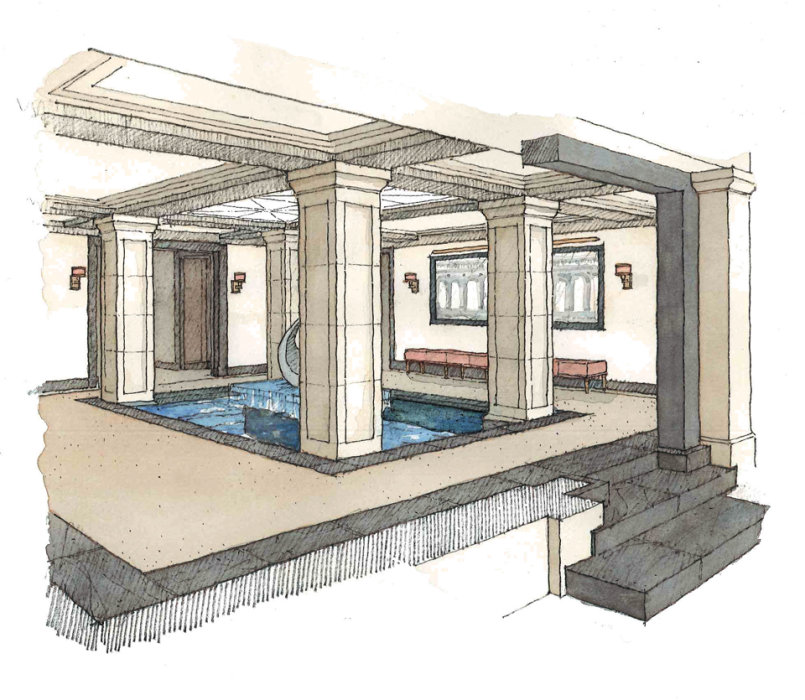 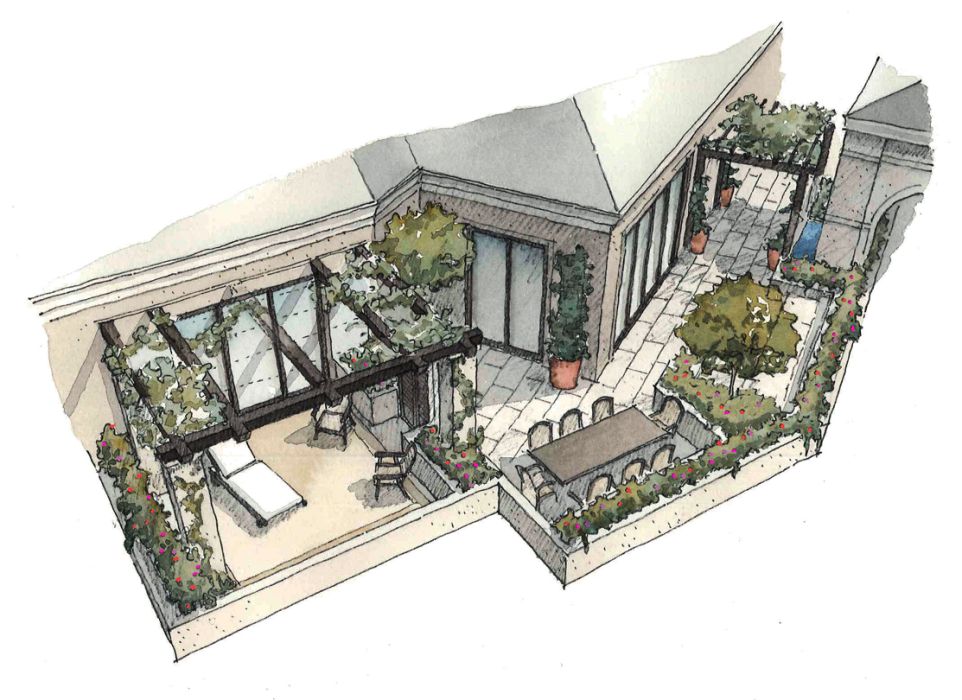 The Estates at Dragon Bay 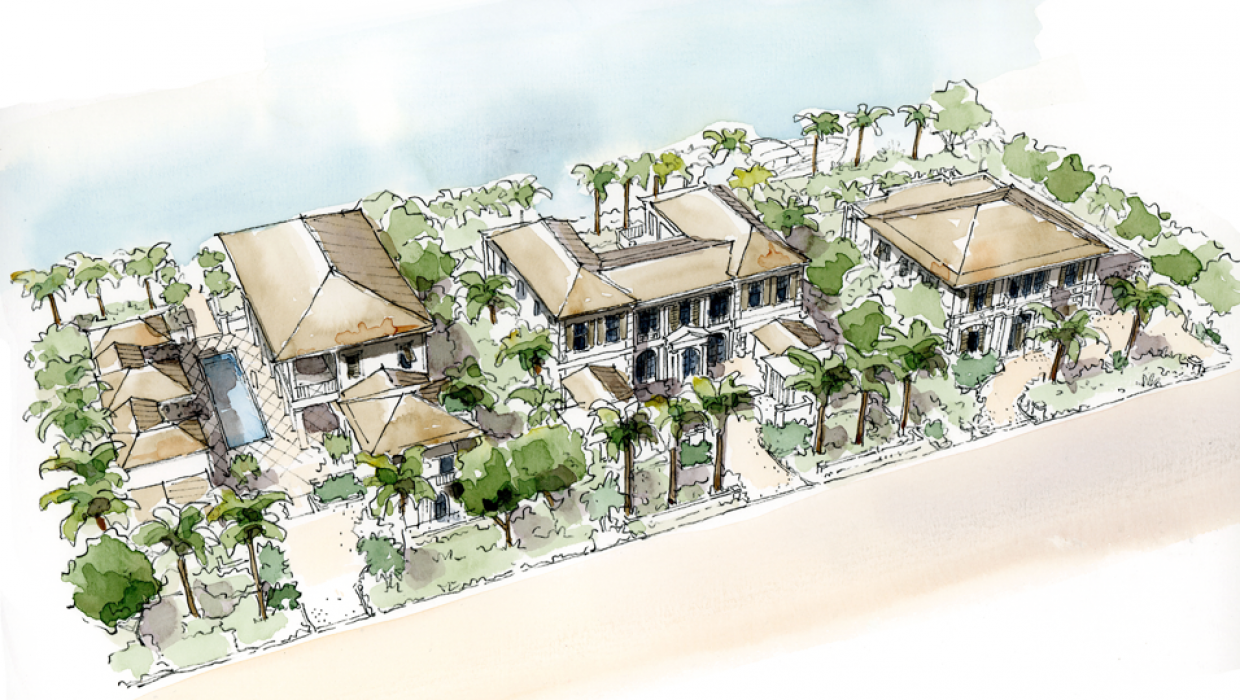 THE CUSTOM RESIDENCES at The Estates at Dragon Bay are situated on dual-frontage home sites.
With façades designed to address both the canal and land, each signature design boasts a special character and unique flavor. 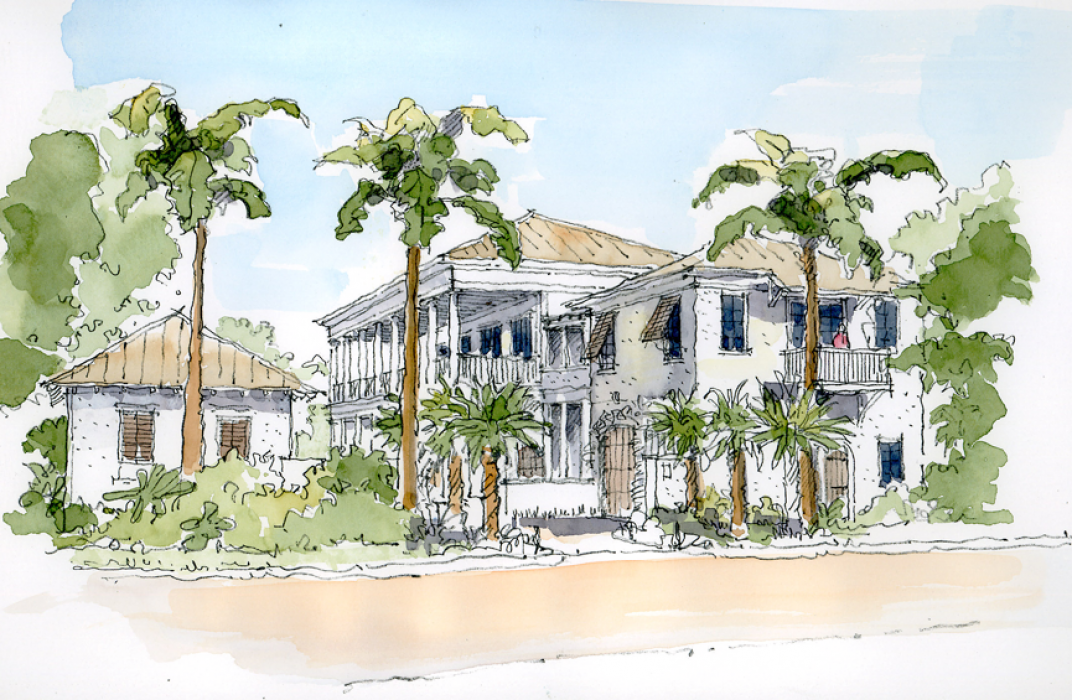 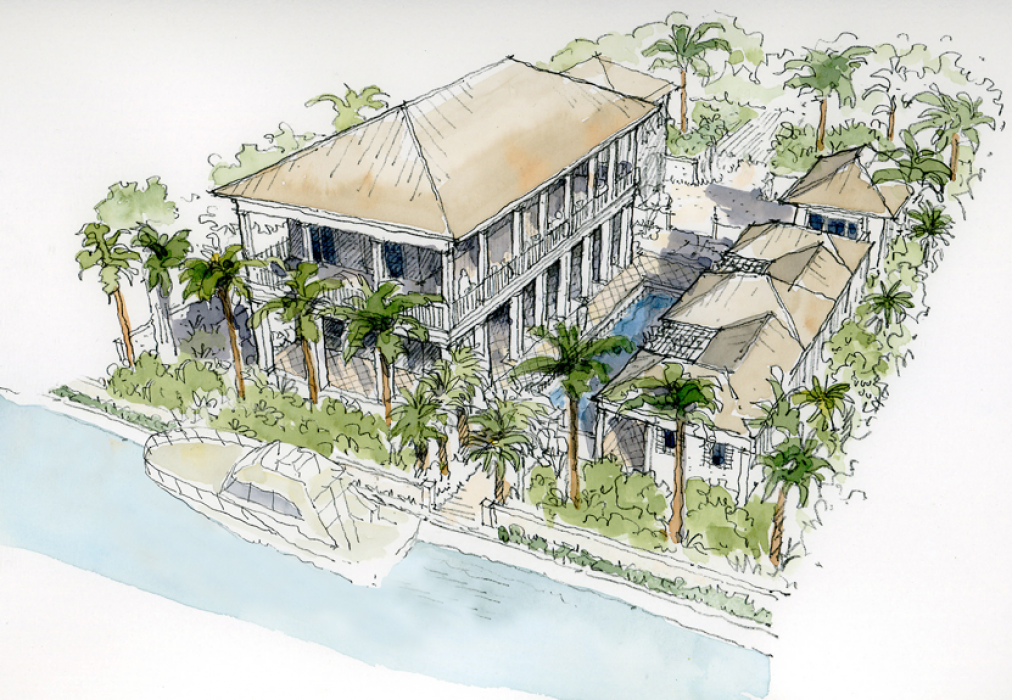 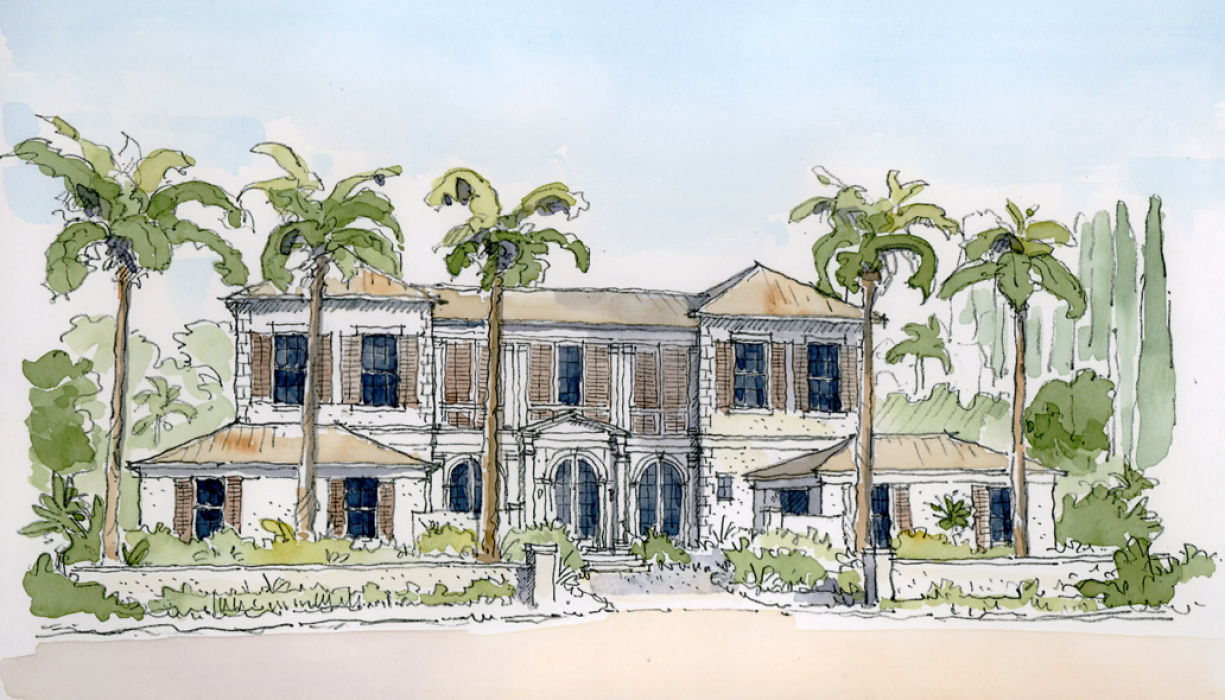 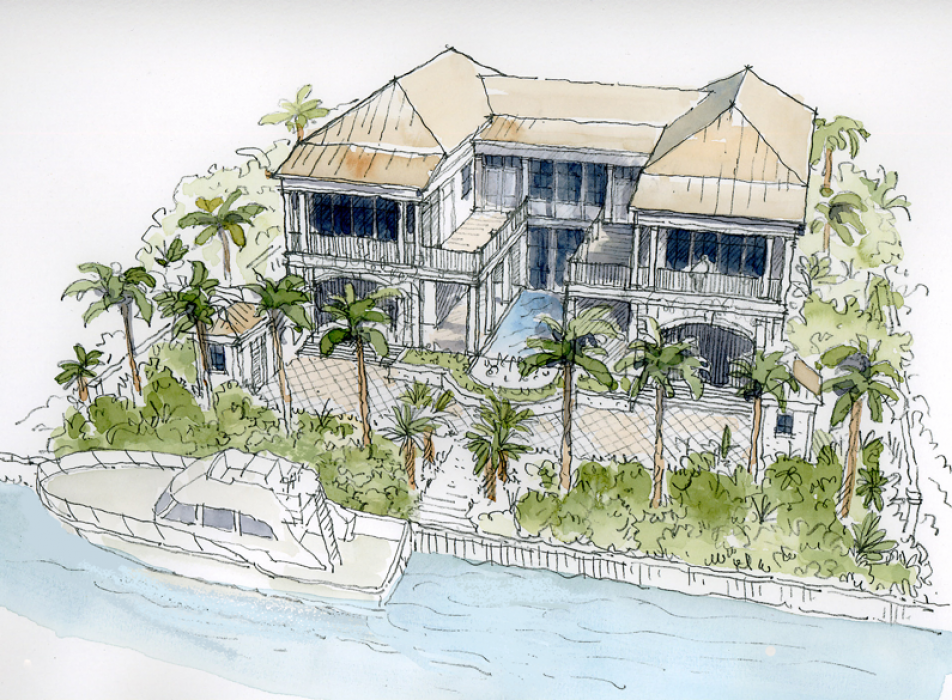 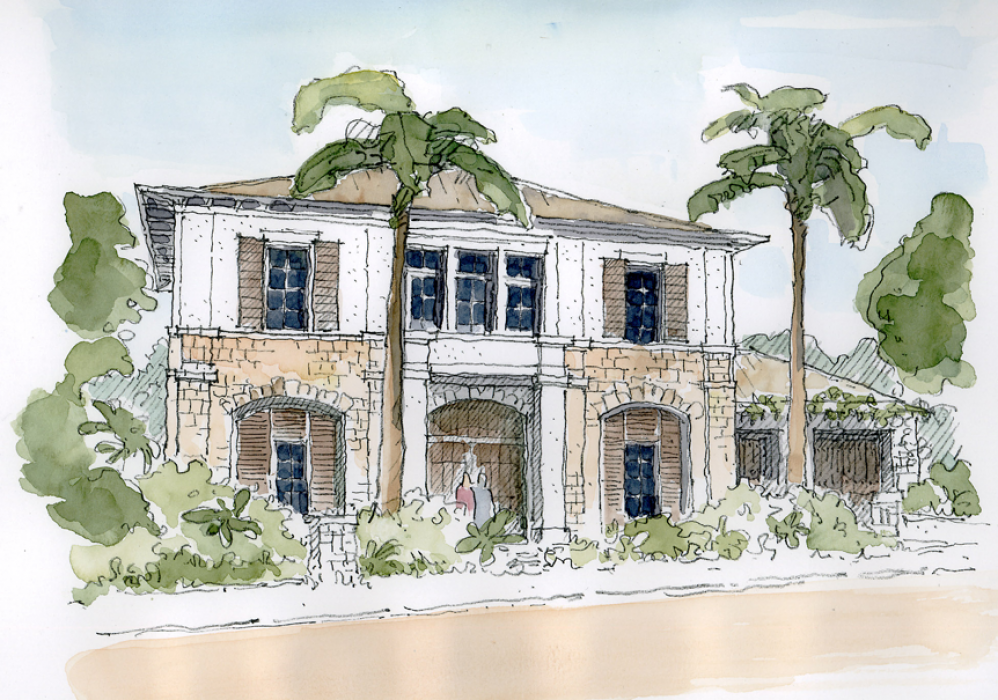 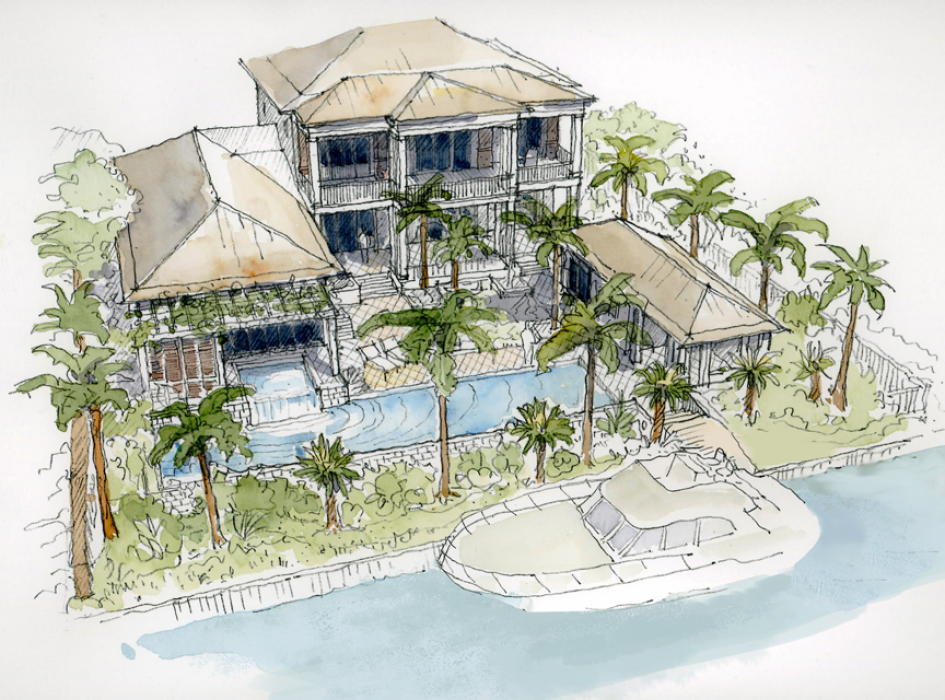 Residence No. 3: Water Façade
next 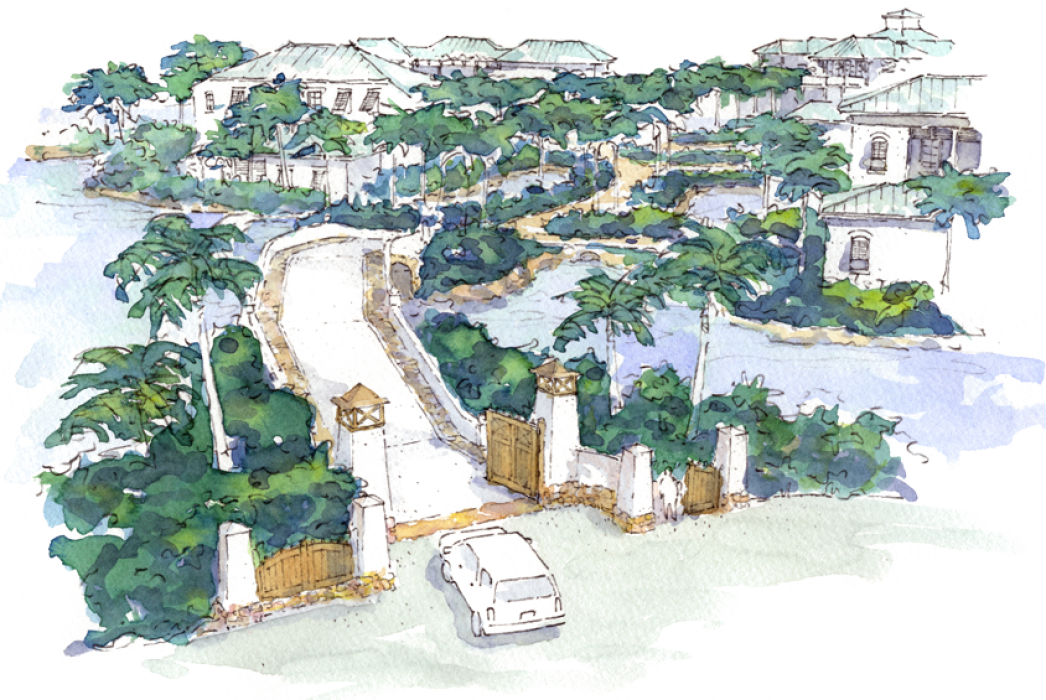 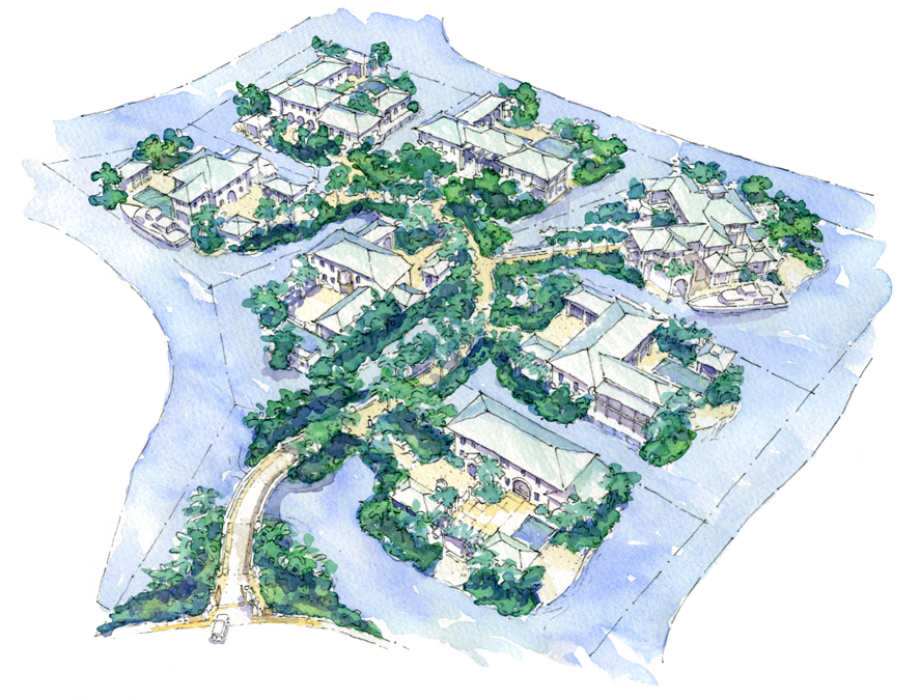 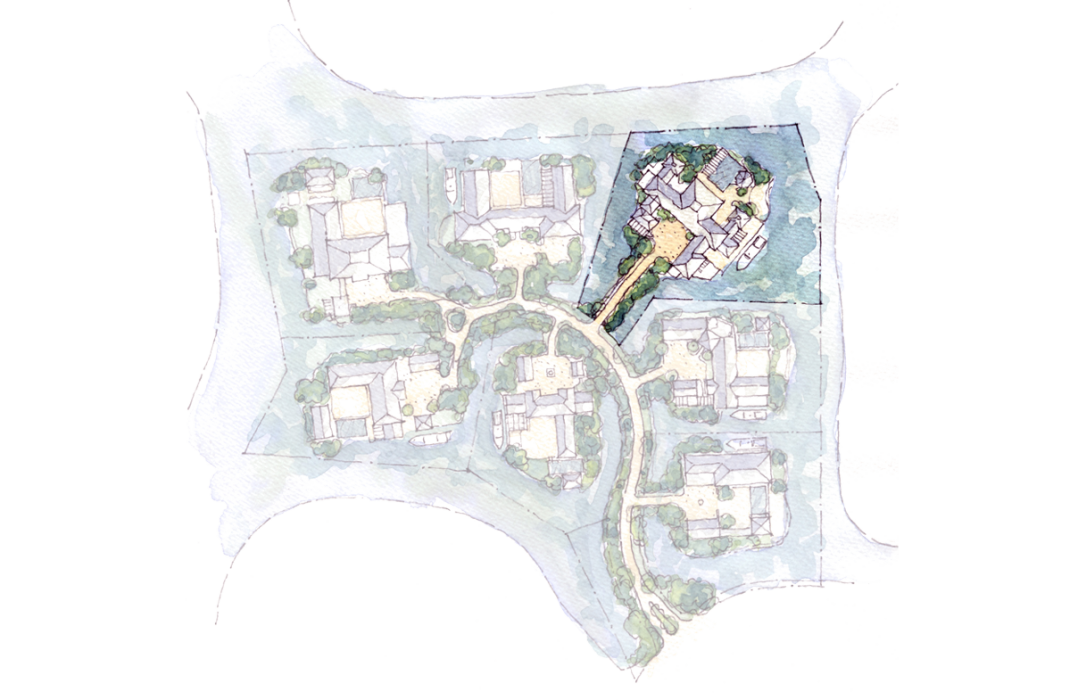 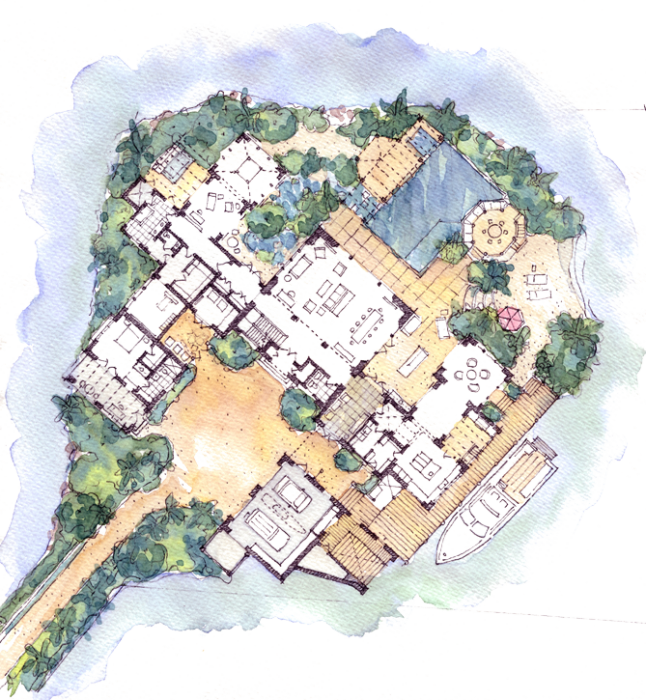 DRAGON KEYS is a cluster of seven small private “island” estates, with a single entry point by land.
Each has its own direct water access and can accommodate boats up to 50 feet in length.

THE ARCHITECTURE OF DRAGON KEYS is rooted in the British Colonial style,
fused with details of Far Eastern origins to create a unique statement.