MEETING STREET STATION IS A THEORETICAL SCHEME assembled in response to an international competition to design rail transit stations in Charleston, hosted by the Charleston Chapter of Architecture for Humanity. The goal of the competition was to explore the potential for development of light rail and how to best incorporate it within the historic city, fostering a dialog on possible transit solutions through design. Historical Concepts’ proposal draws inspiration directly from Charleston, a city rich in traditional architecture, as well as the classical detailing of great rail stations and civic buildings throughout America.

The scale of the station respects its surrounding context, while also calling attention to the hub station as the focal point of the block. The height of the station has been maximized to allow for a three-story grand concourse accessible from Meeting Street and Southern Railway. The two-story mass with the covered loggia reflects the character and scale of the adjacent re-purposed rail buildings. The station engages its surrounds, revitalizing property once dedicated to parking with the use of loggias, passageways, and green space.

A Node Transit Station, smaller in scale, complements the iconic language of the Meeting Street Station. Together, these buildings pay homage to the classical tradition of Charleston’s civic architecture within the framework of a fully functional, cutting-edge transit system. 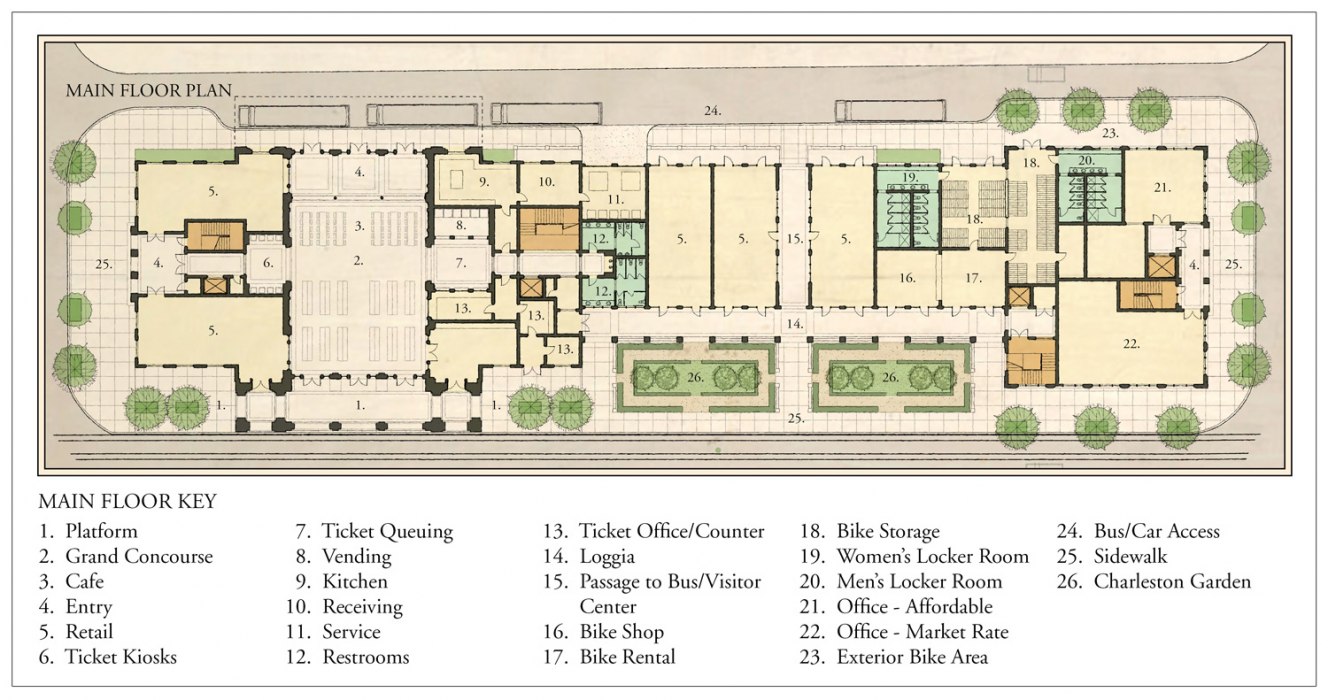 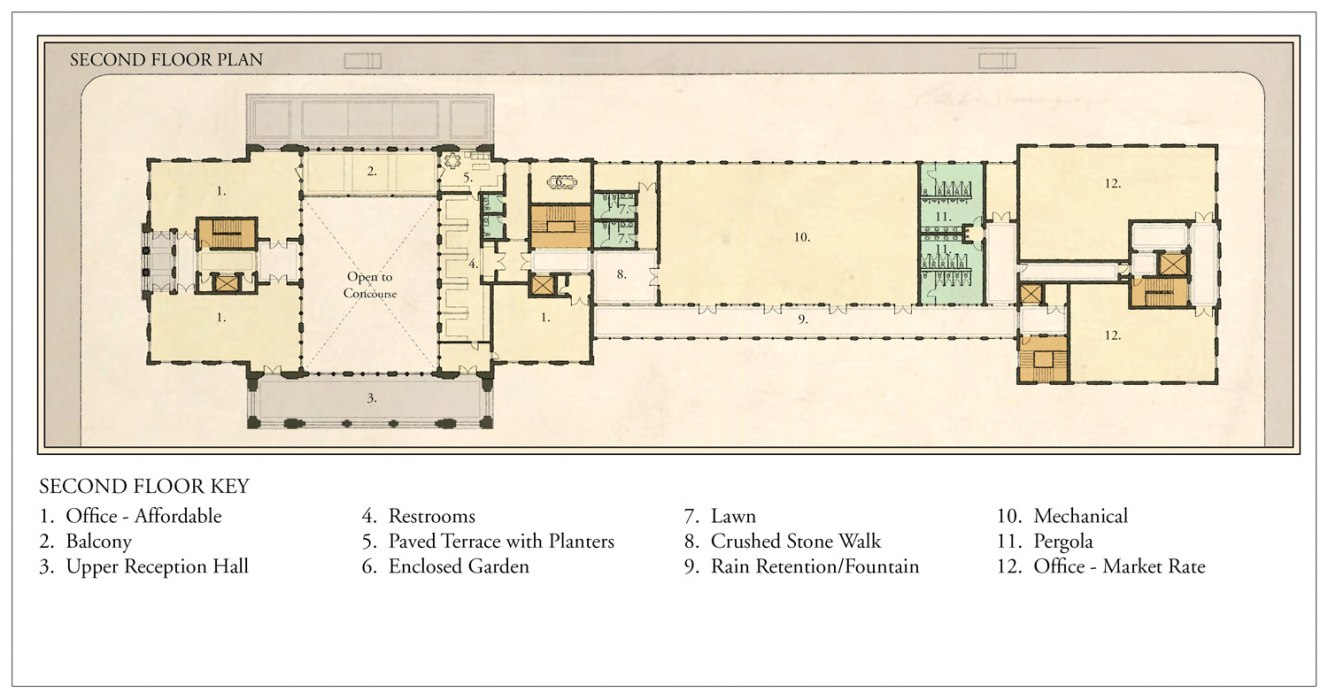 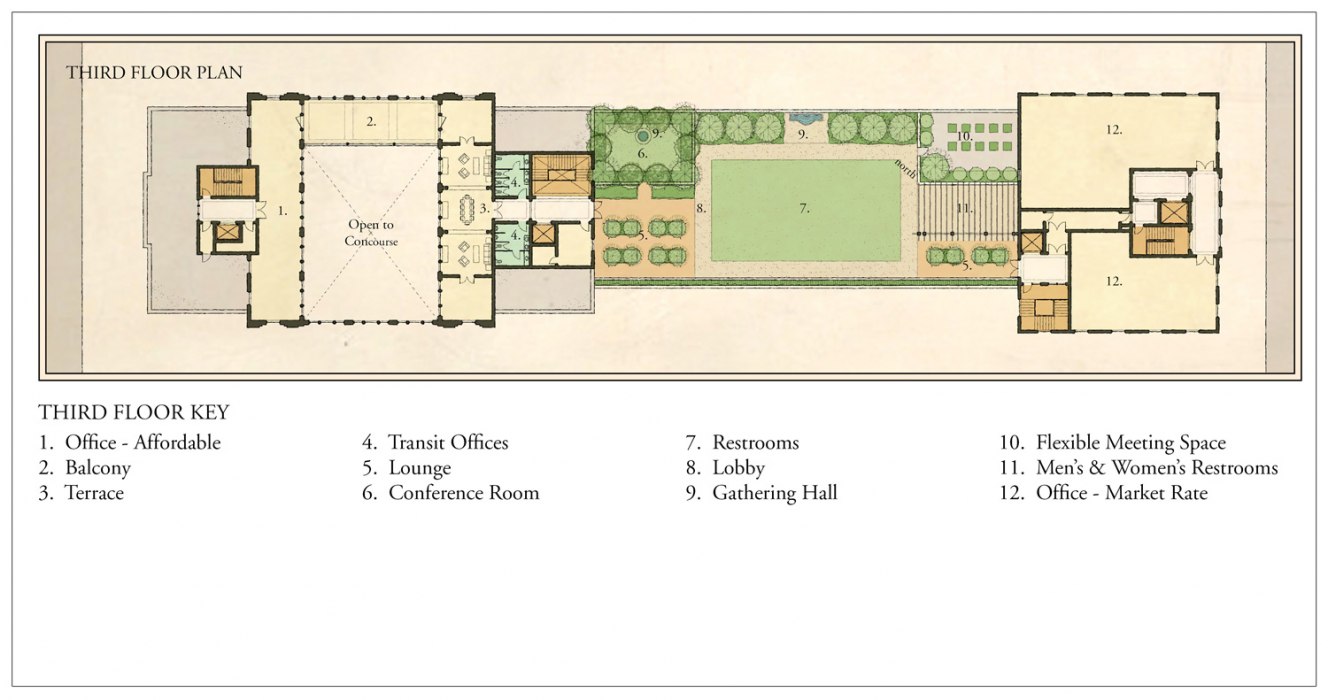 THE GRAND CONCOURSE IS THE CENTERPIECE of Meeting Street Station, the hub of the theoretical light rail transit system. The rich details of the composition are articulated in enduring masonry of cast stone and brick, and its organization creates a hierarchy of scales within the rhythm of the overall street façade. The concourse and platform offer the visitor beautiful sights to enjoy: a coffered ceiling crowning a two-story arcade, detailed metal work of the grand windows on the terrace level, and the classical pilasters, arches, and architectural ornament of the protective loggia. 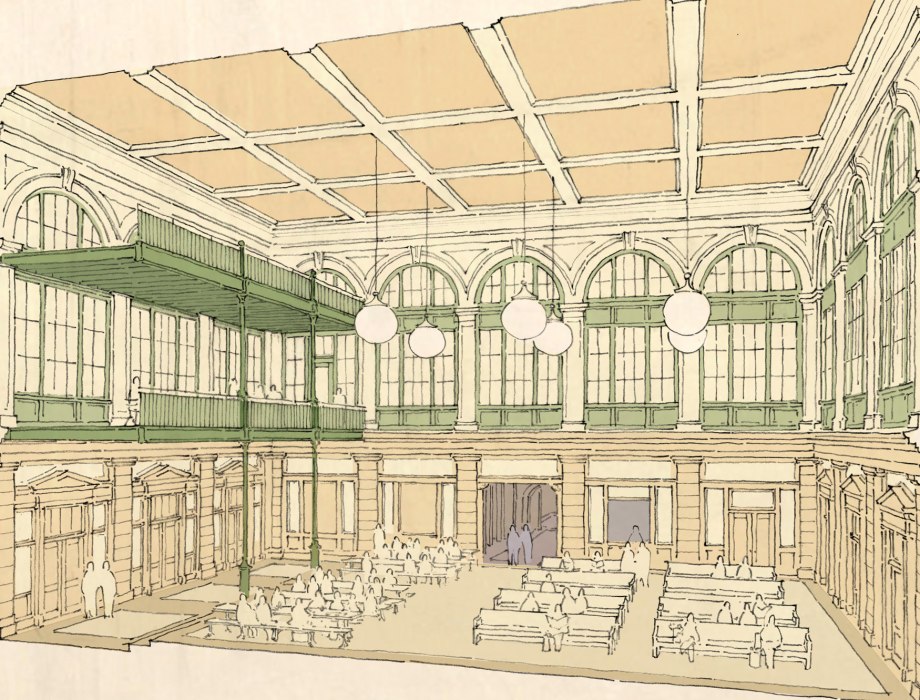 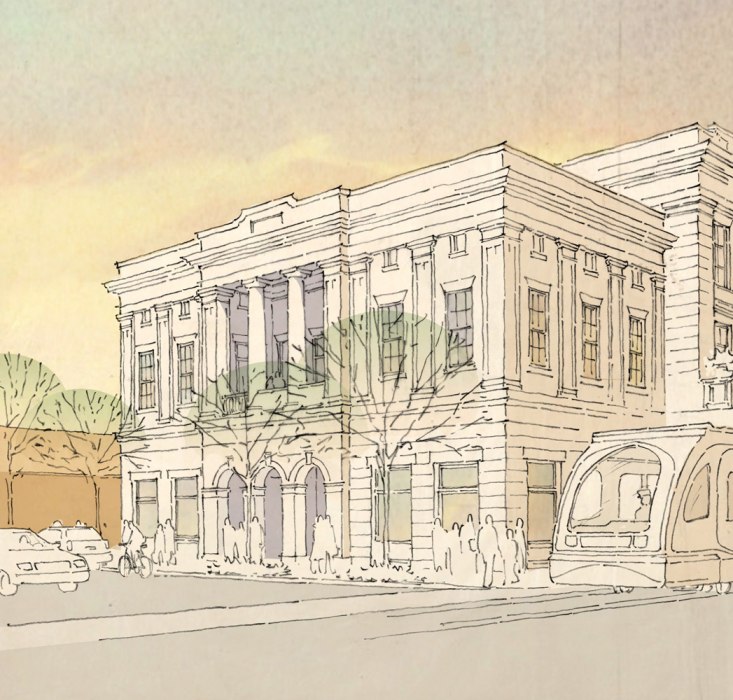 THE ARCHITECTURAL DETAILING OF THE GRAND CONCOURSE (left), from the coffered ceiling to the two-story arched window arcade, truly captures the feeling of a historic train station. The large windows fill the concourse and the adjacent office spaces with abundant shared light. The southern wing of the train station (right), has its own entrance off of John Street marked by the arched openings and loggia beyond. The scale for this entry façade is reduced in comparison to the concourse façade in order to better respond to the pedestrian and the scale of the street.

IN ADDITION TO THE RAIL TRANSIT STATION, Historical Concepts’ proposal also addressed node stations which would appear throughout the city and the surrounding Lowcountry and serve the future light rail and existing bus system. Although smaller in scale, the design for these node stations complements the iconic language of the Meeting Street Station, using similar massing, materials, and detailing. The three bay façade, large windows, and projecting awning clearly indicate the building’s heritage. The protruding wings, however, allow flexibility to address the context of each node station site. Serving as commuter platforms during the work week, the wings could easily transform into a venue for art shows or farmer’s markets on the weekends.

~Design Recognition~
One of the most feasible (entries) is a classical design submitted by Historical Concepts of Atlanta.
“This one stood out not just among the classical solutions,” says Steve Ramos,
Coordinator of Charleston Chapter of Architecture for Humanity.
“They’re just beautiful drawings.”
~ excerpt from “A New Image for Transit” by Robert Behre, Post & Courier, November 29, 2010 ~ 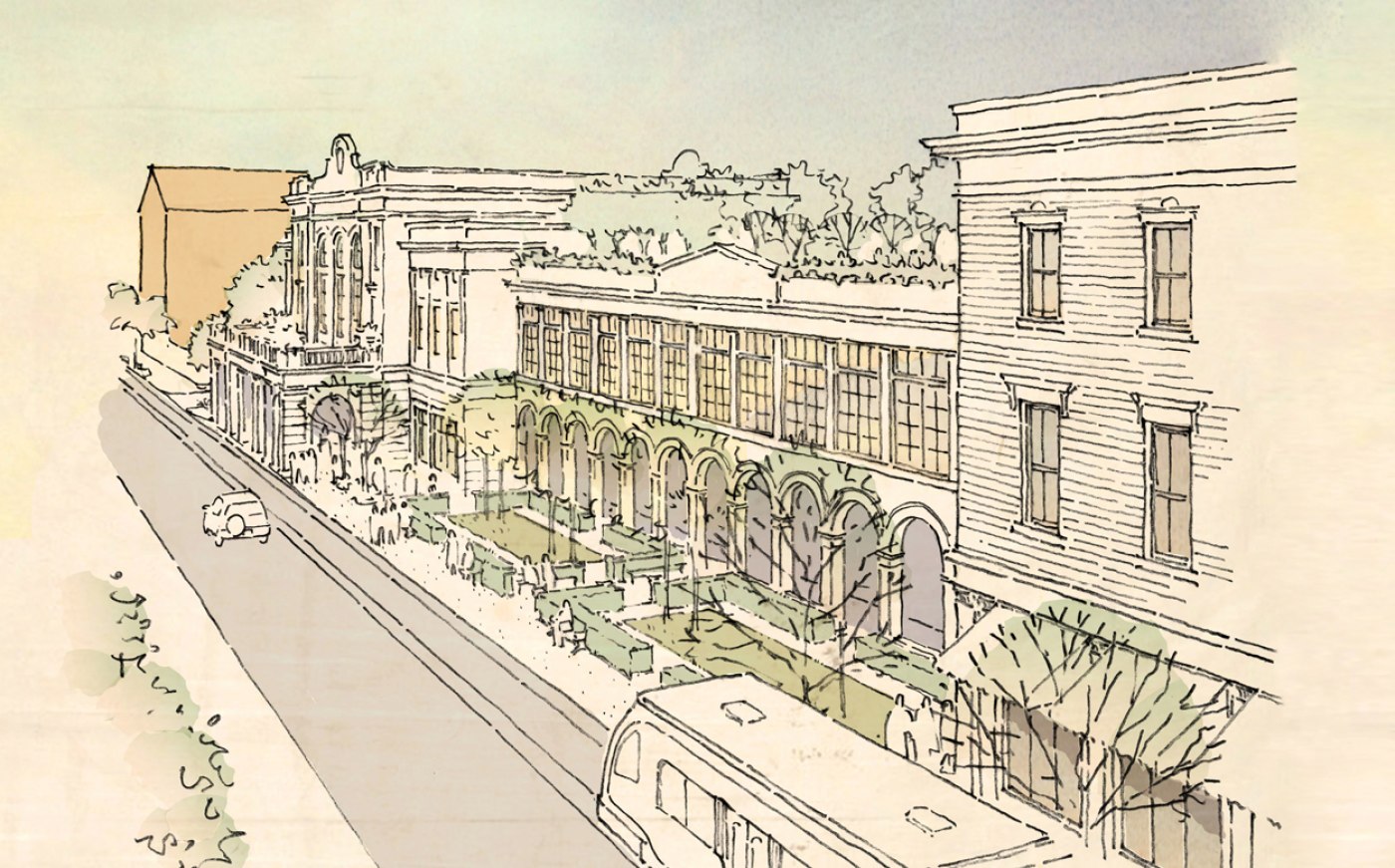