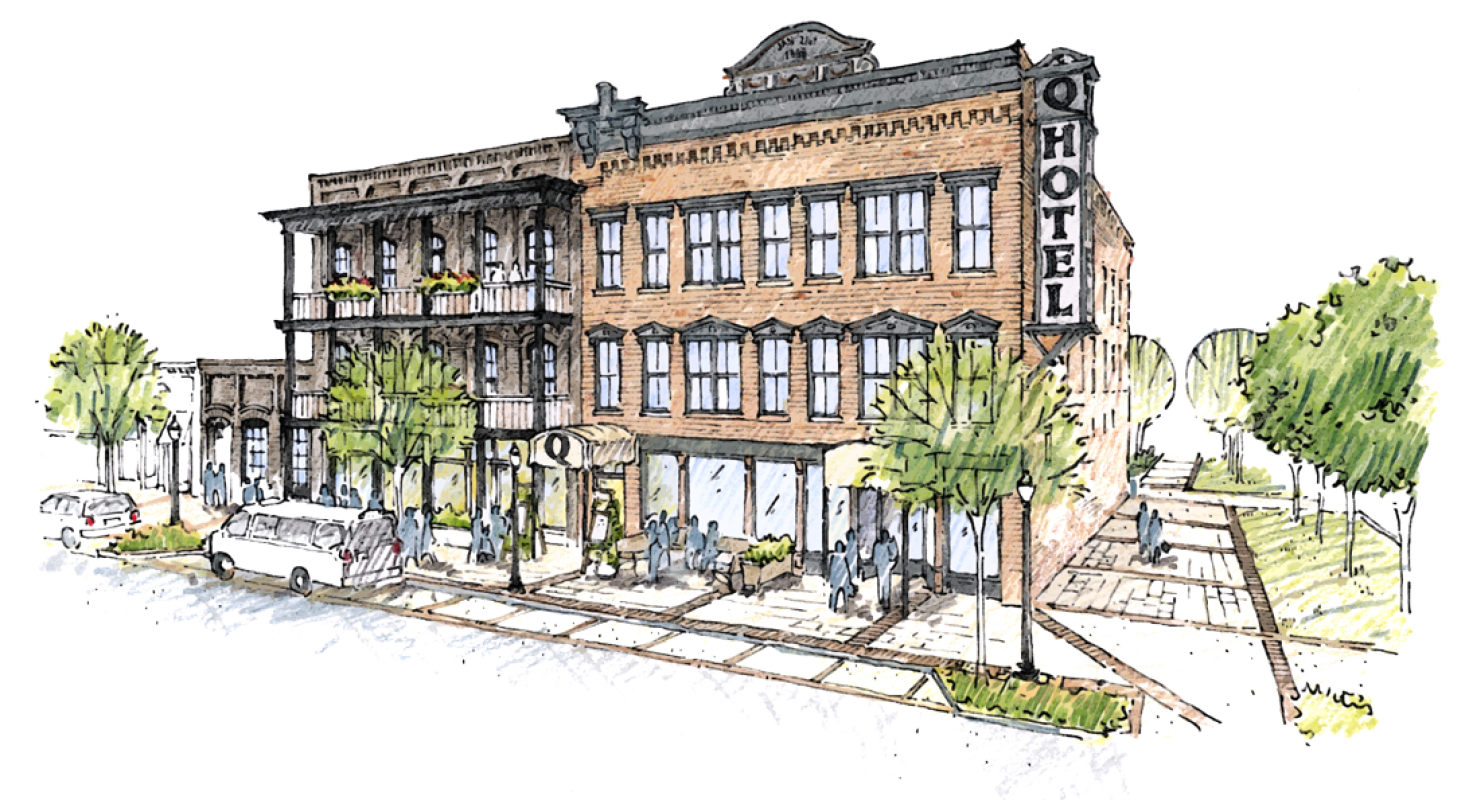 ESTABLISHED IN 1885, QUITMAN, GEORGIA was once a prosperous city with a vibrant downtown surrounded by rich farmland. Due to its status on the National Register of Historic Places, Quitman’s traditional grid structure has remained largely intact; charming homes fill its blocks and nineteenth and early twentieth century storefronts line the town center. Yet, many buildings now sit vacant and deteriorated. To make matters worse, heavy traffic along the main corridors is a danger to pedestrians and creates noise pollution and vibrations that threaten the historic buildings.

Historical Concepts was hired to create a vision for the future of Quitman and strategies for revitalizing the downtown commercial district. The firm began by examining the unoccupied commercial/retail space. Recognizing the great existing bones, in terms of both urban and architectural form, the design team created plans and character sketches to help residents, stakeholders, and investors see the potential of downtown Quitman as a mixed-use destination. This included conceptual imagery to inspire streetscape improvements and proposed modifications to make the downtown area more pedestrian friendly. Through adaptive re-use of its historic structures, the city of Quitman can make strides toward preserving these buildings for future generations. This effort can also establish an infrastructure for the main street district to support itself as a destination for local residents and tourists. Looking toward that goal, Historical Concepts provided a vision for transforming an existing building into a boutique hotel.

With this vision in place, the city of Quitman has a roadmap for revitalization that capitalizes on the things that make it a unique and charming town: its rich history, beautiful architecture, southern hospitality, exceptional hunting, state-of-the-art agricultural practices, and, of course, its annual Skillet Festival. 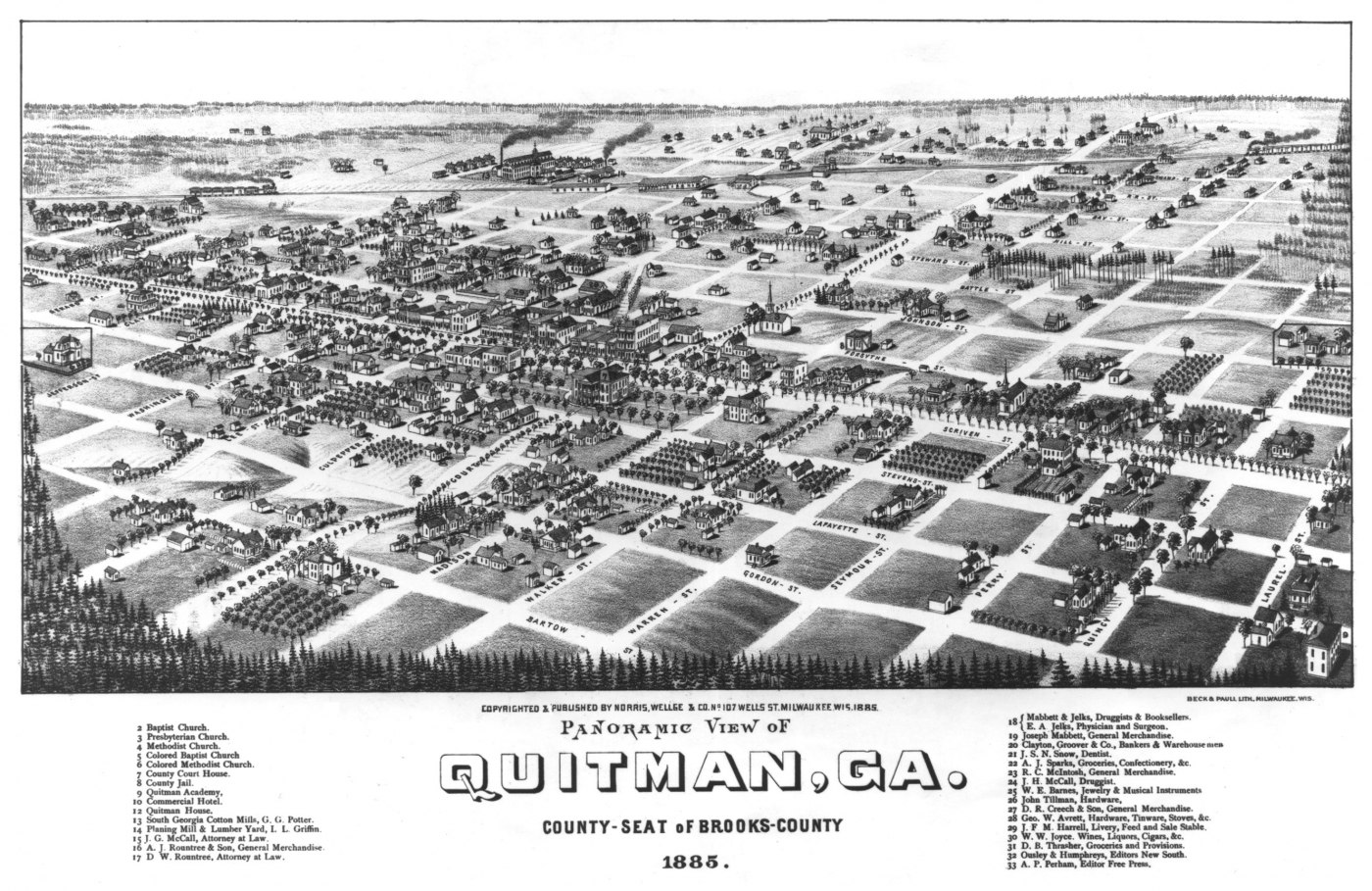 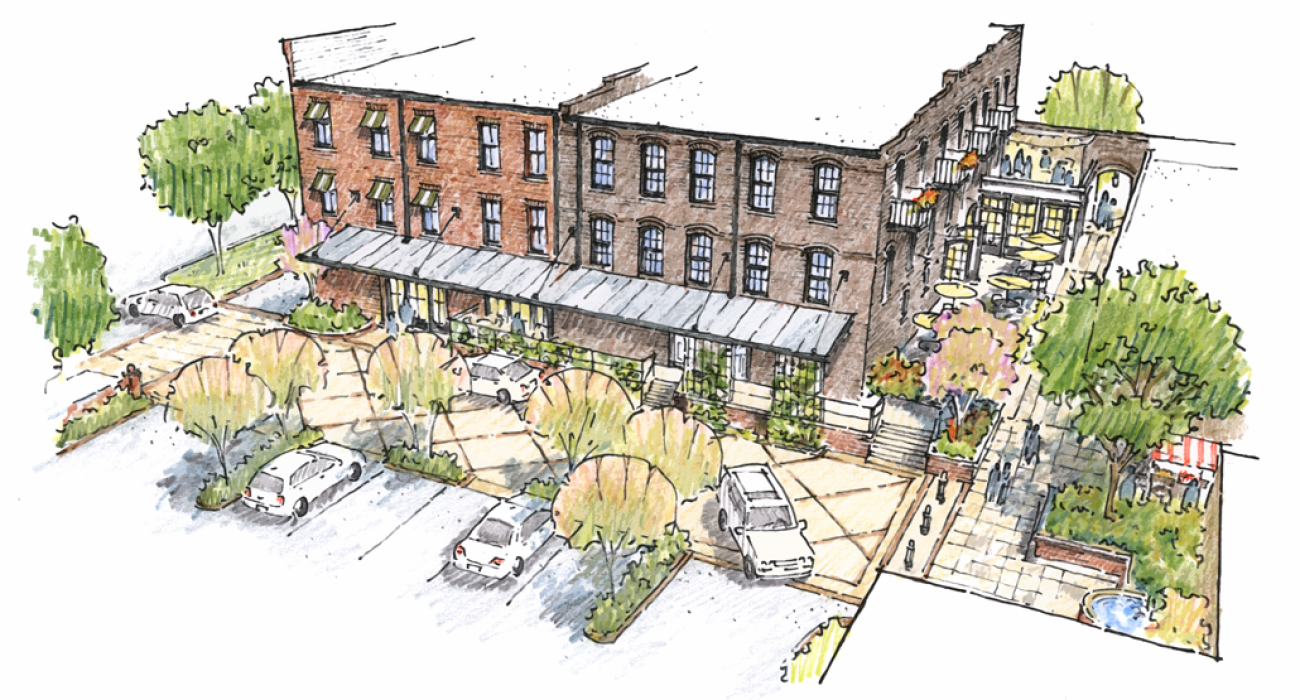 A PERSPECTIVE OF THE HOTEL LOBBY ENTRY AND SIDE PATIO 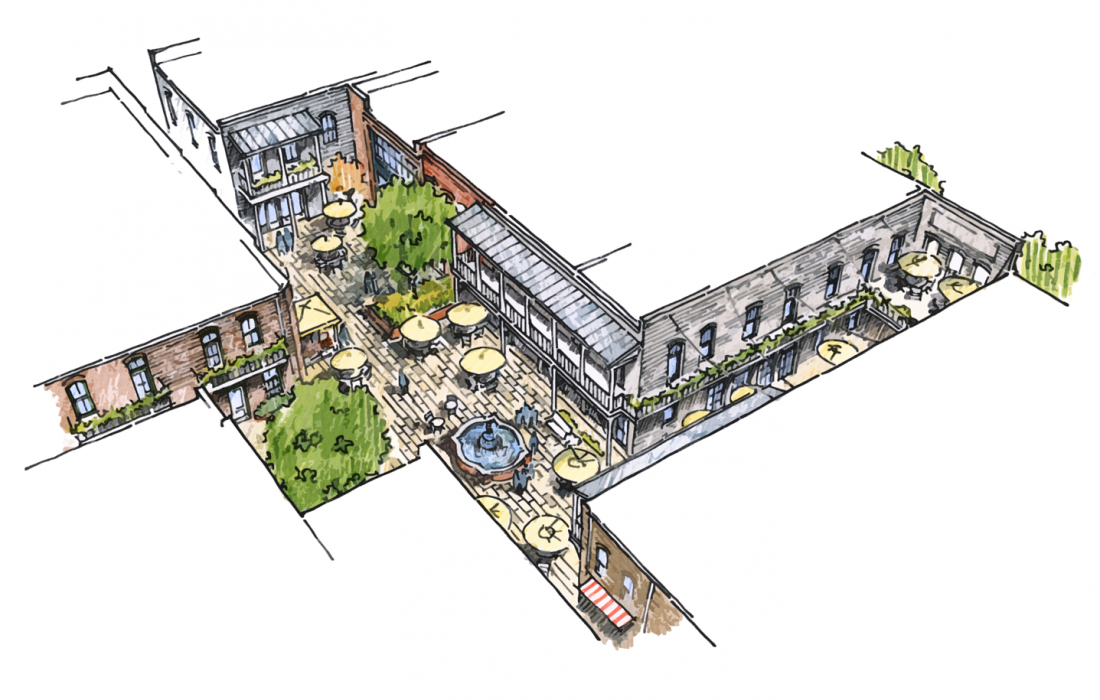 BY ELIMINATING part of the building in the center of this block,
as shown here, an intimate alley space is created.