IN WESTERN NORTH CAROLINA, a winding, dirt road ascends the side of a mountain, passing over streams and through deep forests, with an occasional break in the trees offering a framed view of the peaks beyond and the valleys below. In this high elevation setting, this home at Balsam Mountain Preserve is a refreshing departure from the rustic log and beam architecture that is prevalent in the region, instead incorporating softer details and architectural nuances from the Northeast. The design team was inspired by the gracious summer retreats that emerged in the late nineteenth and early twentieth centuries, built by families of means seeking to escape oppressive summers. These homes were of a higher style, marrying the Greek Revival and Federal styles of more cosmopolitan settings with indigenous and native materials found in the mountains. This interplay became the driving force behind the design, resulting in a home that subtly expresses vernacular details within a classical framework.

~ Shutze Award from the Institute of Classical Architecture & Art ~
loading 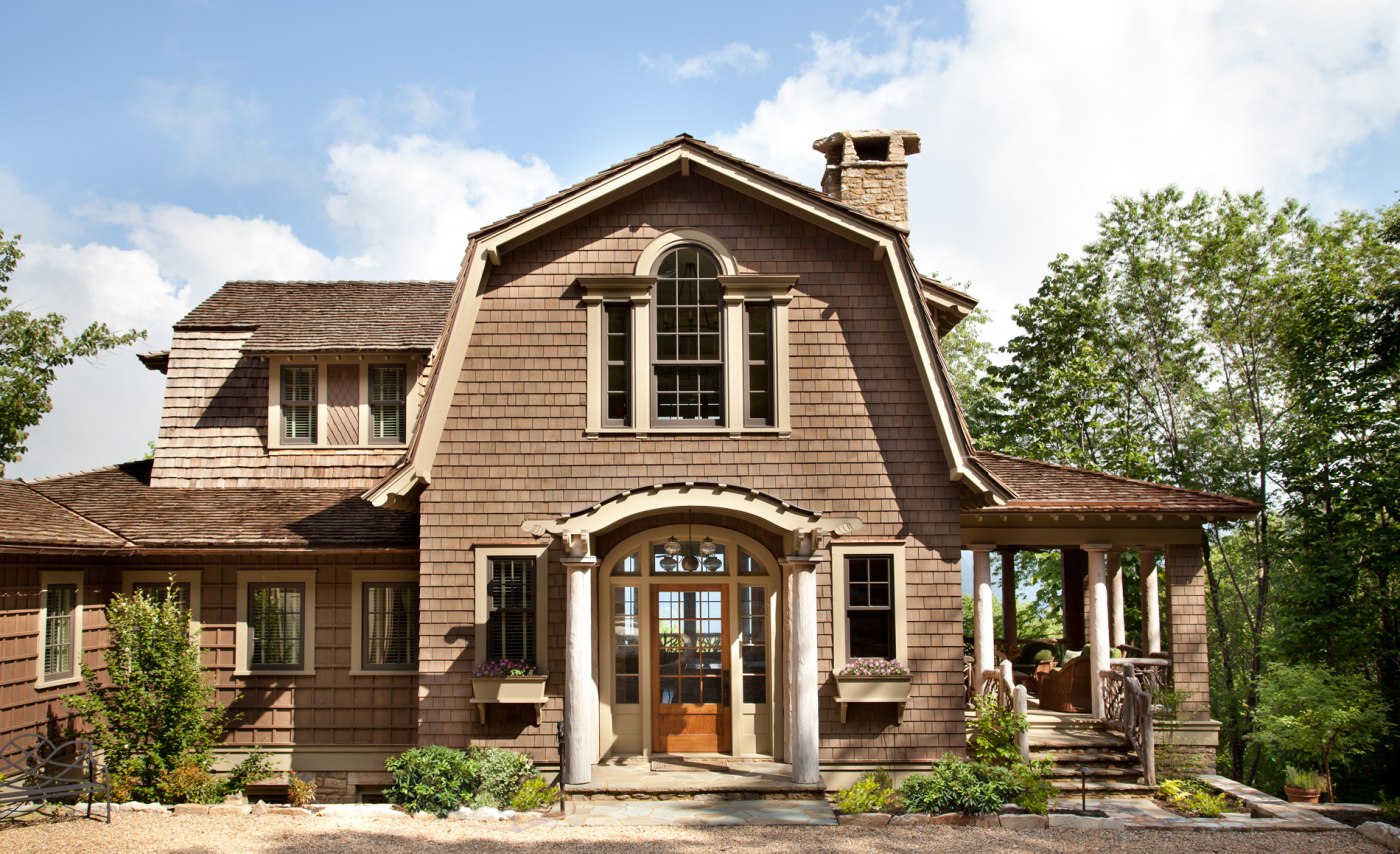 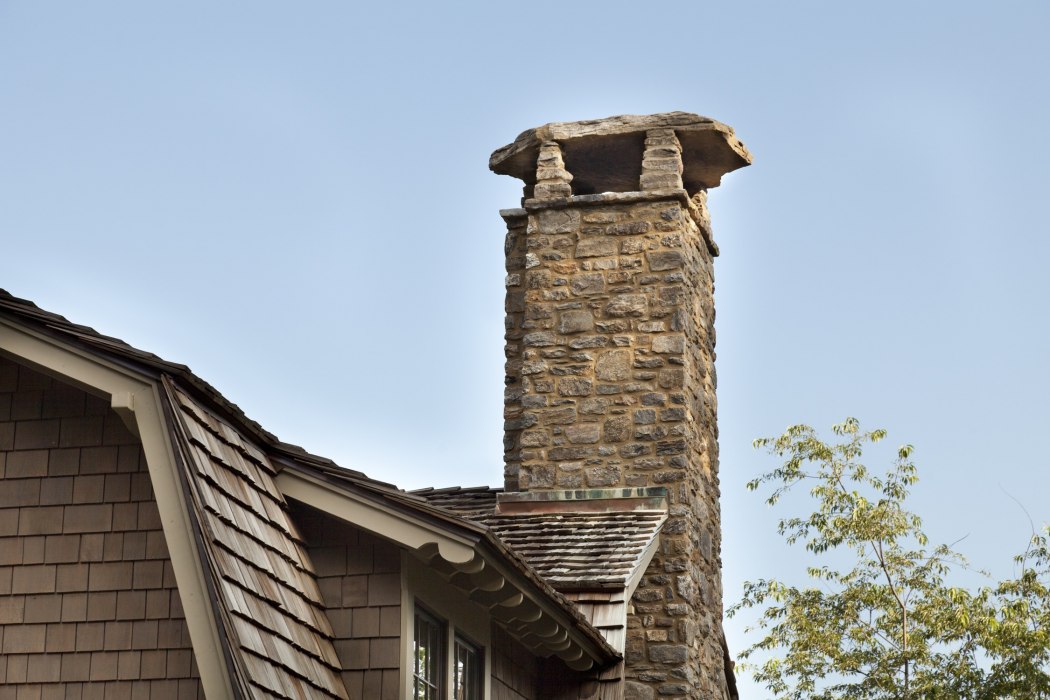 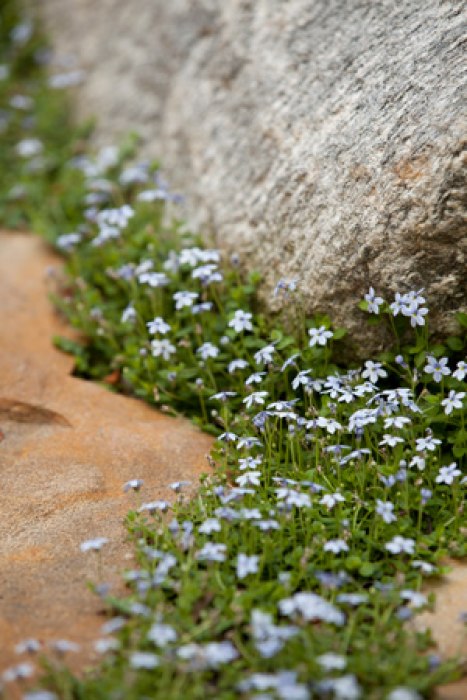 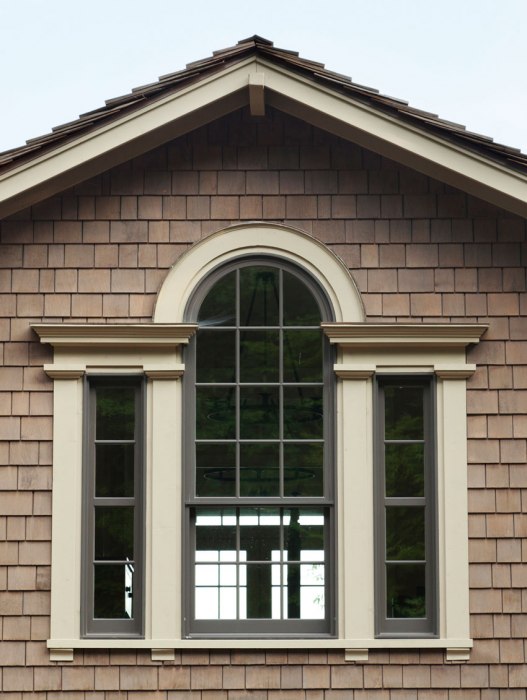 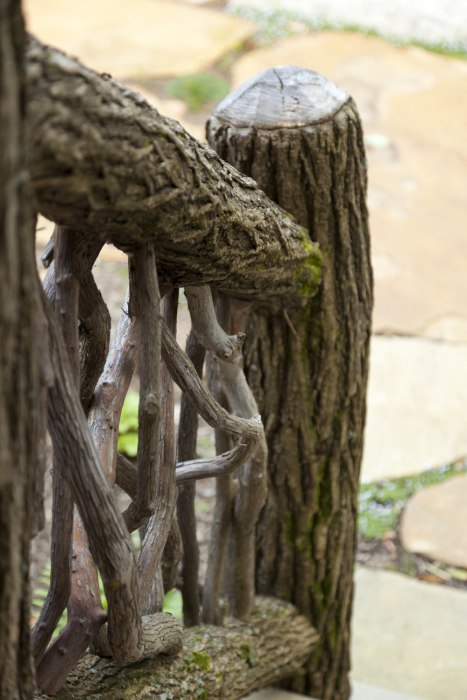 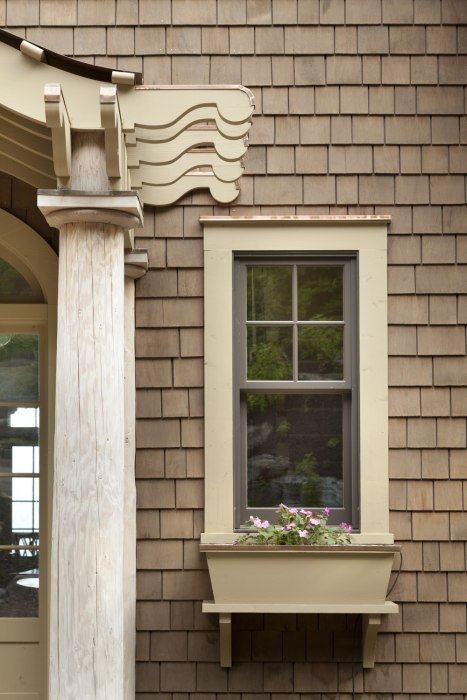 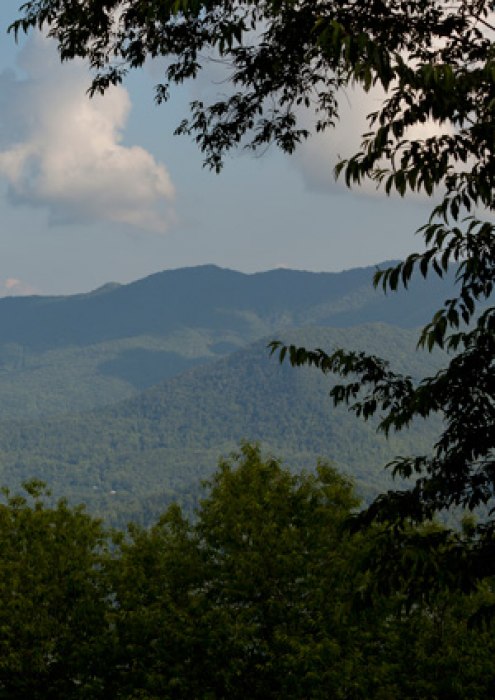 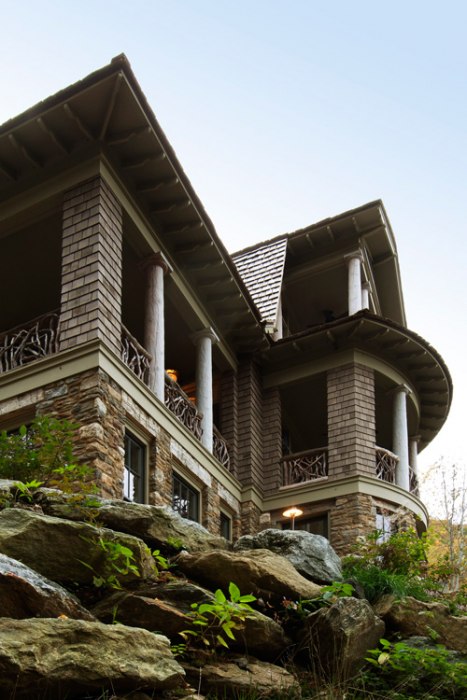 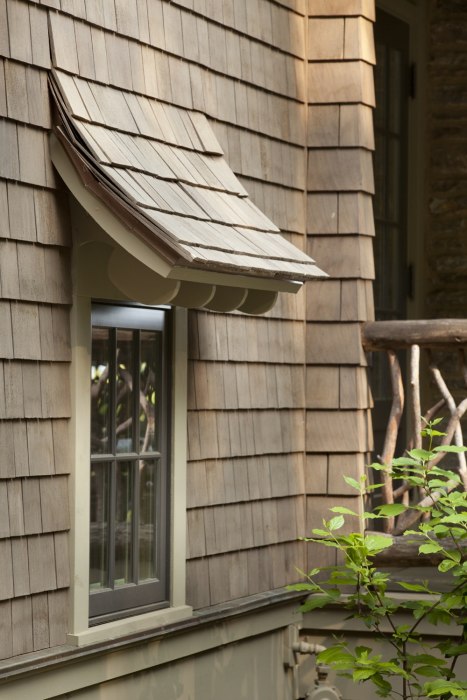 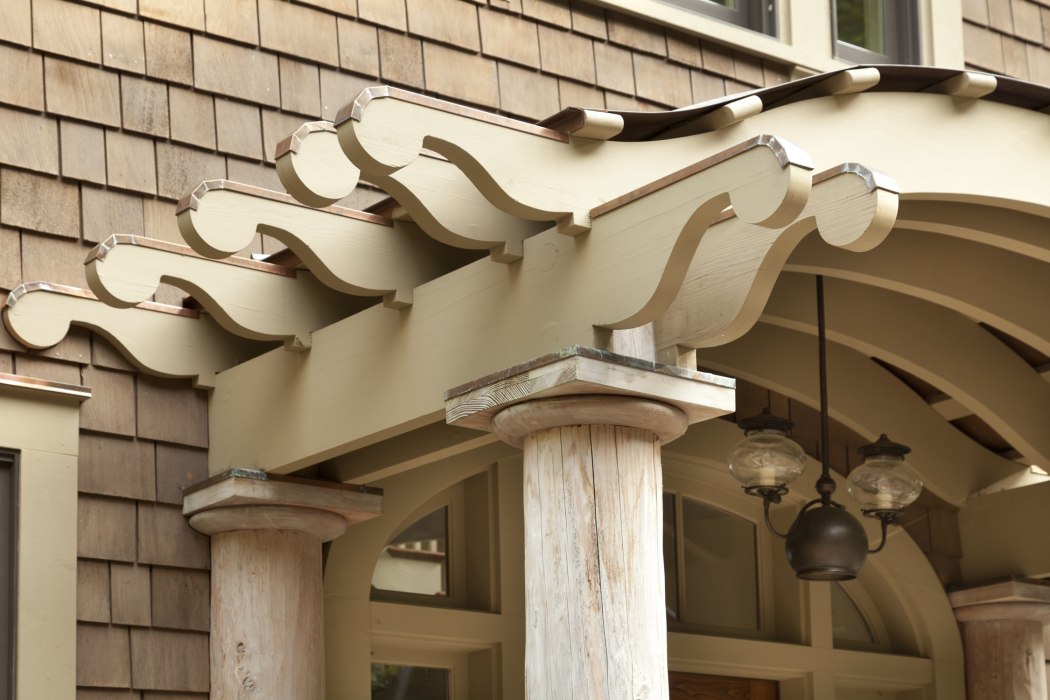 THE ELLIPTICAL SHAPE of the portico and rounded purlins
foreshadow the soft and fluid interior details. 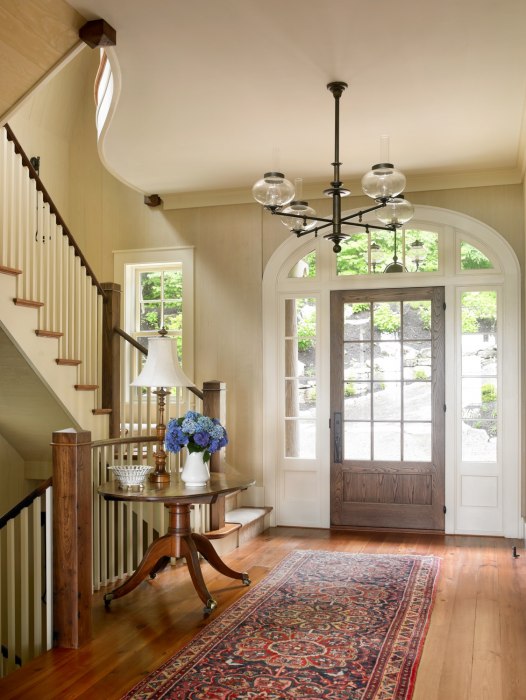 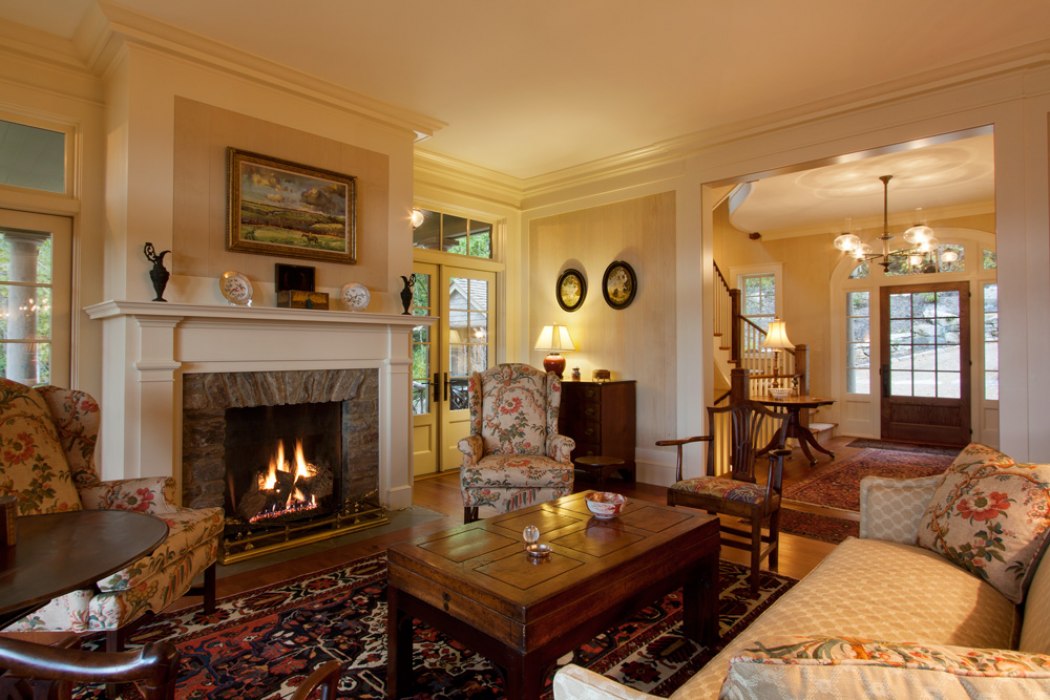 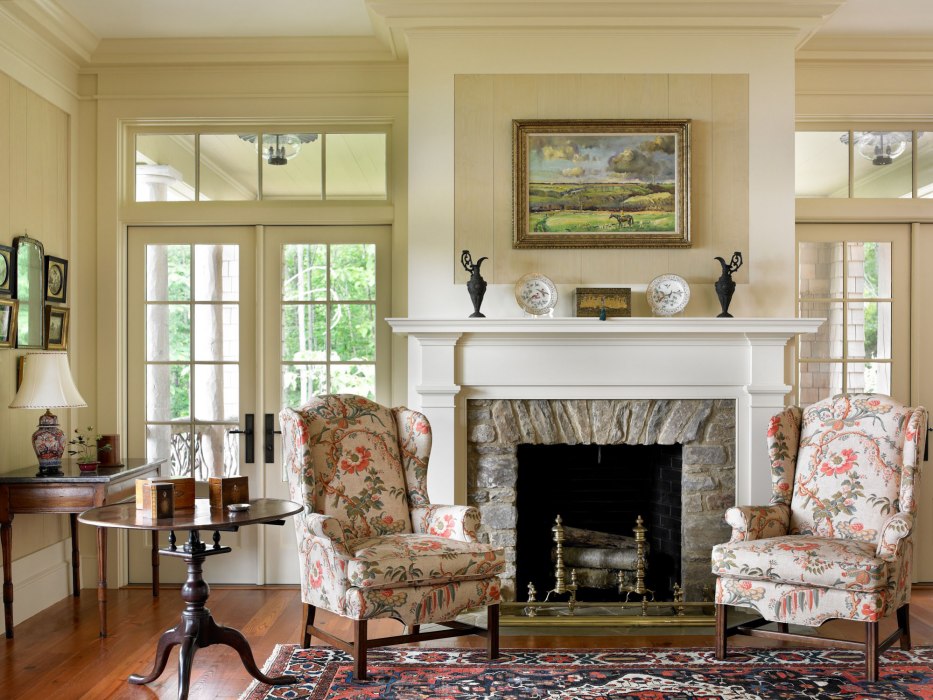 A NATIVE STONE FIREPLACE SURROUND speaks to the mountain vernacular,
but is elevated to a higher style with a classical mantle. 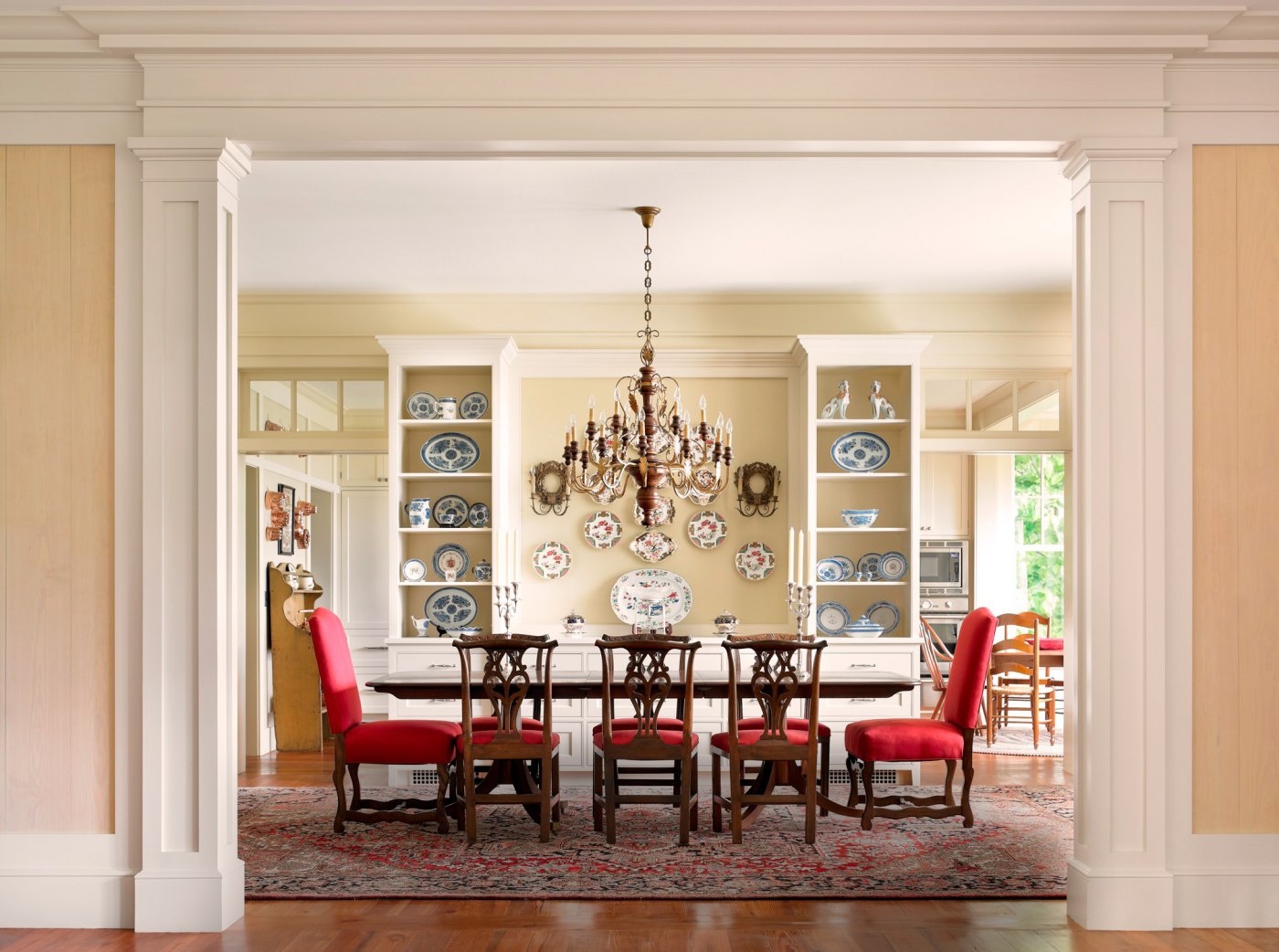 Placed between the living room and kitchen,
the formal dining room is the heart of the home. 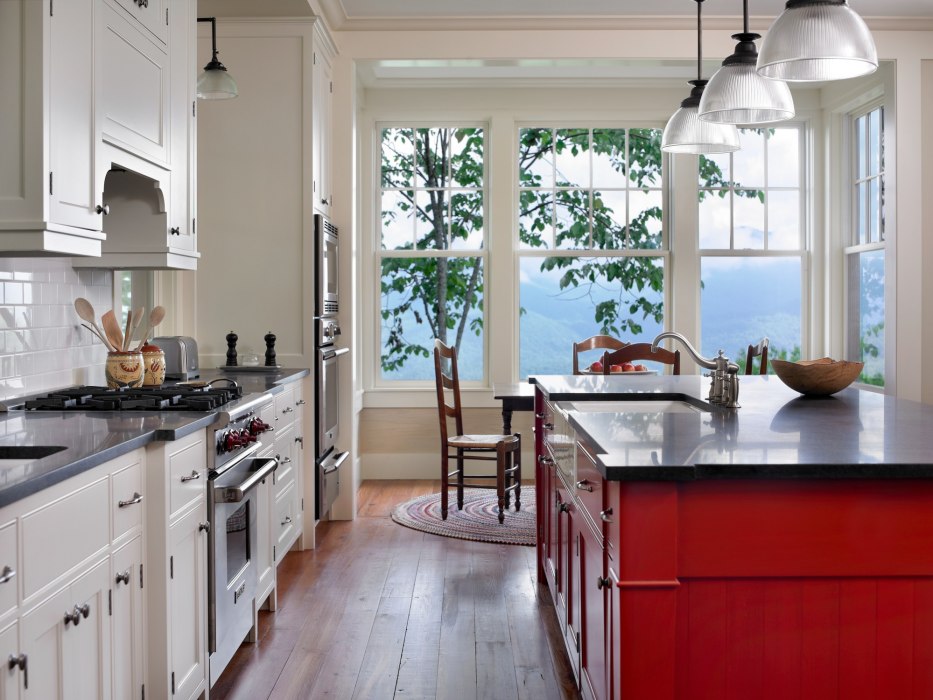 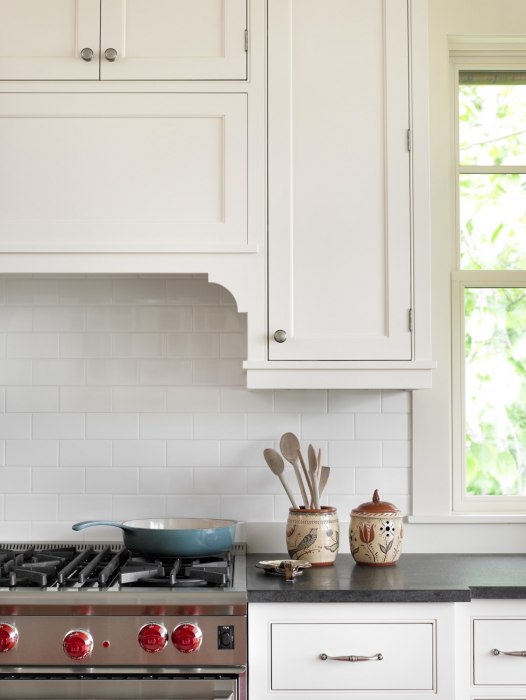 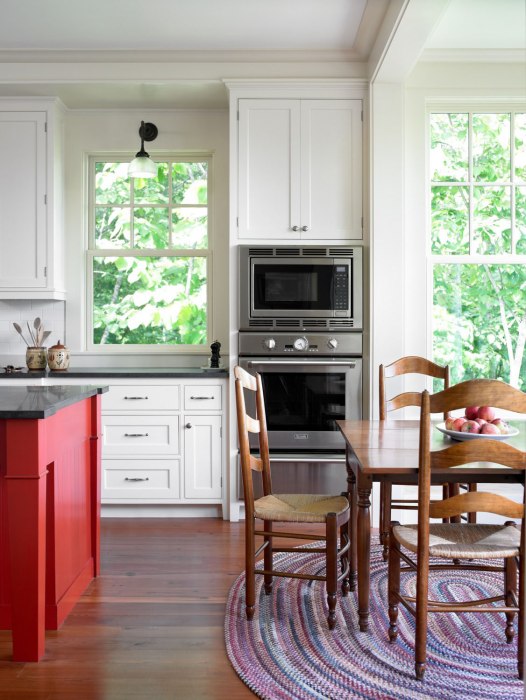 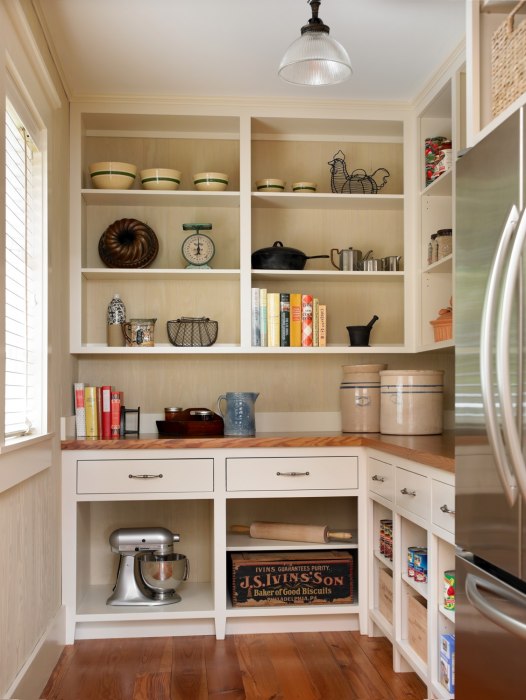 A CLASSIC AND UNDERSTATED DESIGN allows the kitchen’s true focal point,
a stunning view through its window wrapped bay, to take precedence. 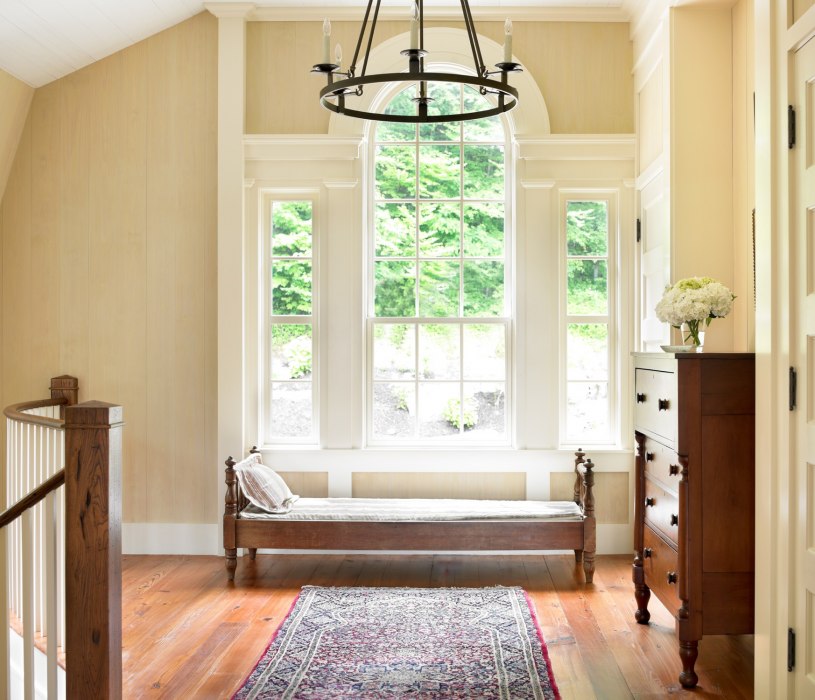 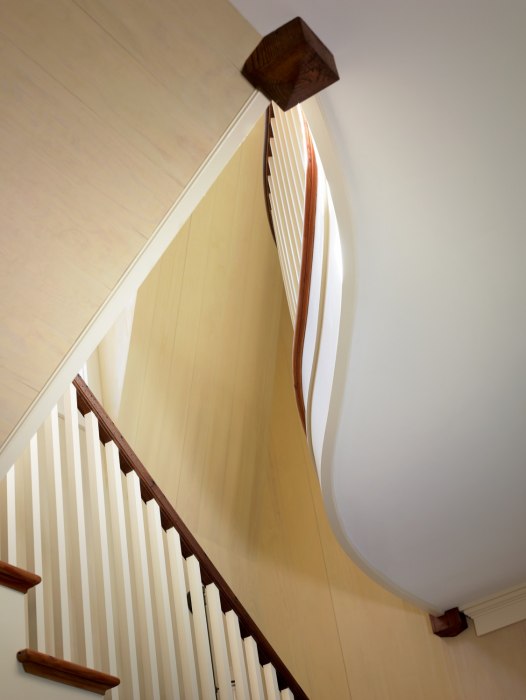 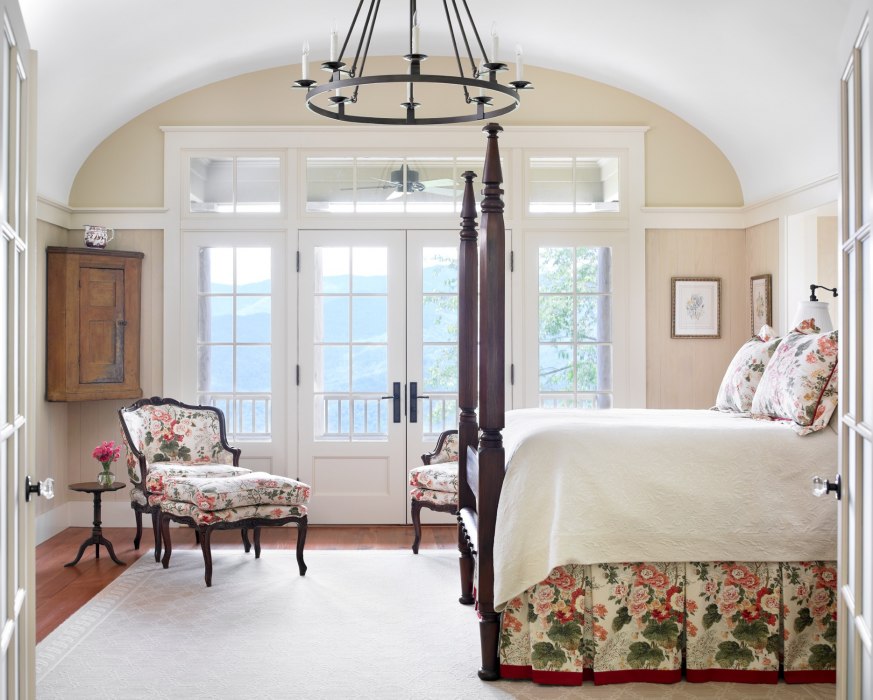 THE SERPENTINE CURVE of the upper landing continues the aesthetic introduced at the entry.
At the top of the stairs, a gracious master suite encompasses the upper level. 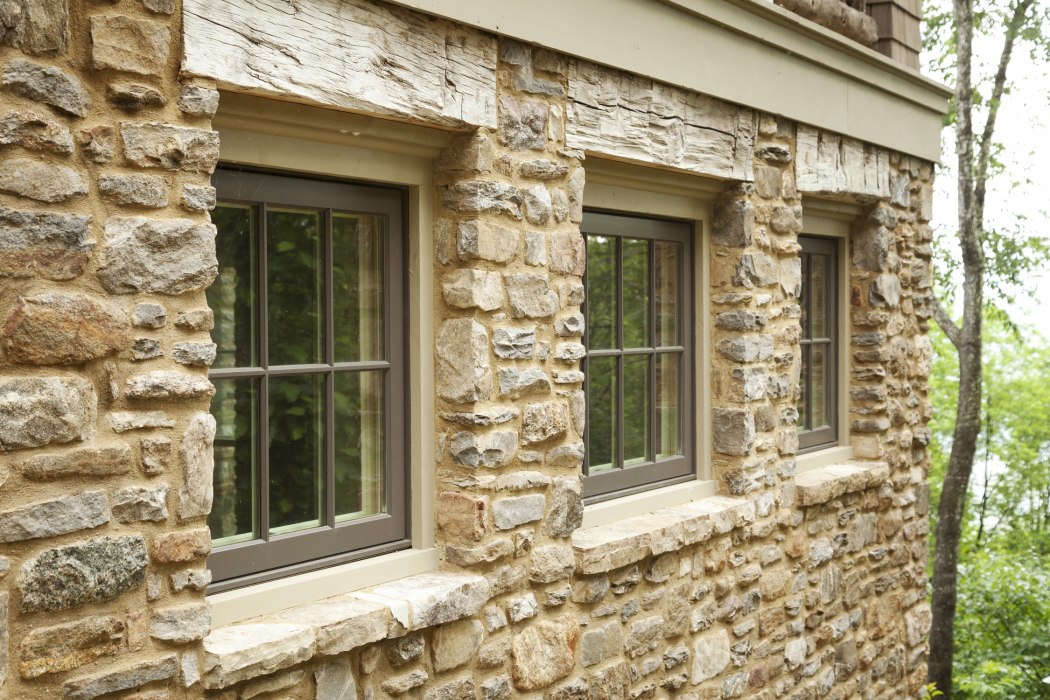 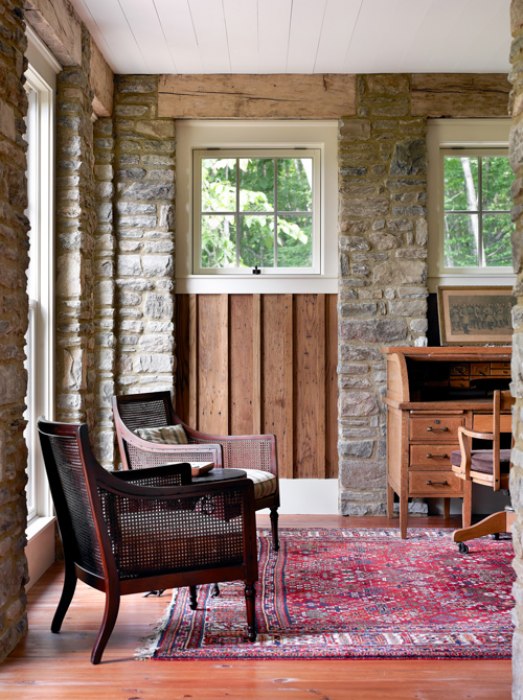 THE LOWER LEVEL TAKES ON A MORE PRIMITIVE CHARACTER. 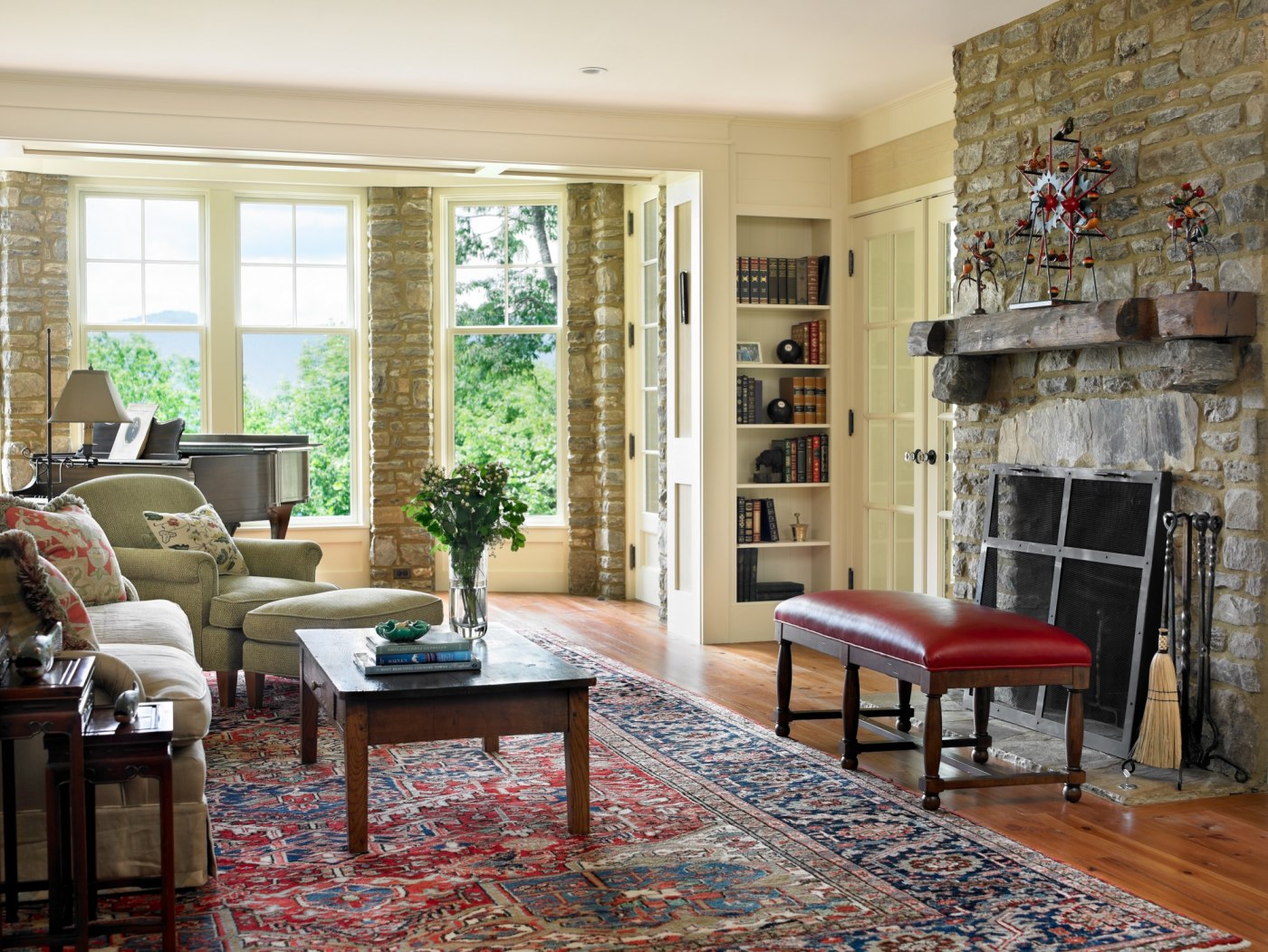 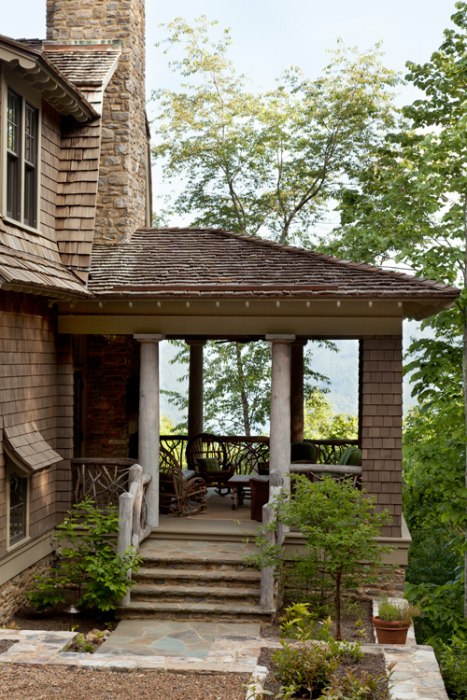 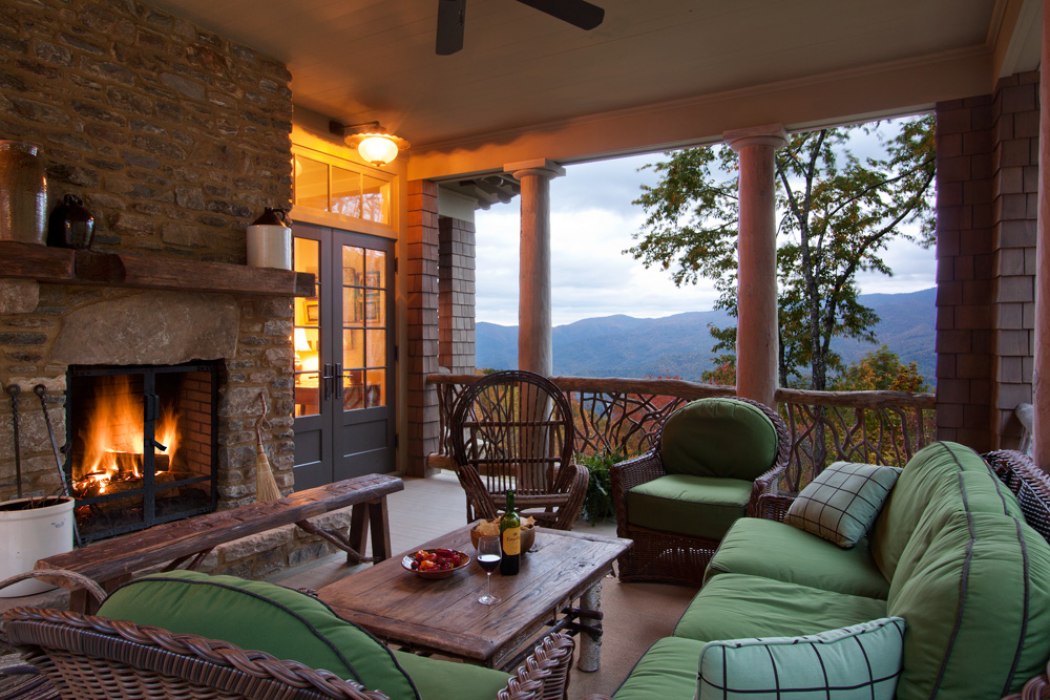 DORIC COLUMNS OF HAND HEWN WOOD rise from railings adorned with locally harvested locust branches,
creating a sense of authenticity, of belonging to the mountain and an earlier time. 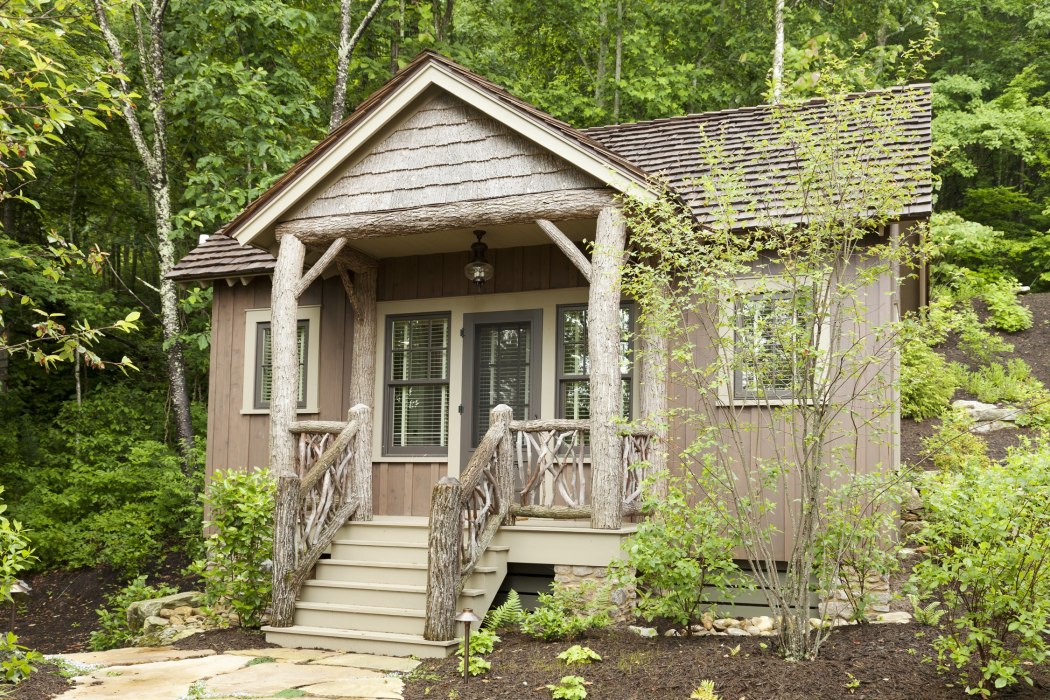 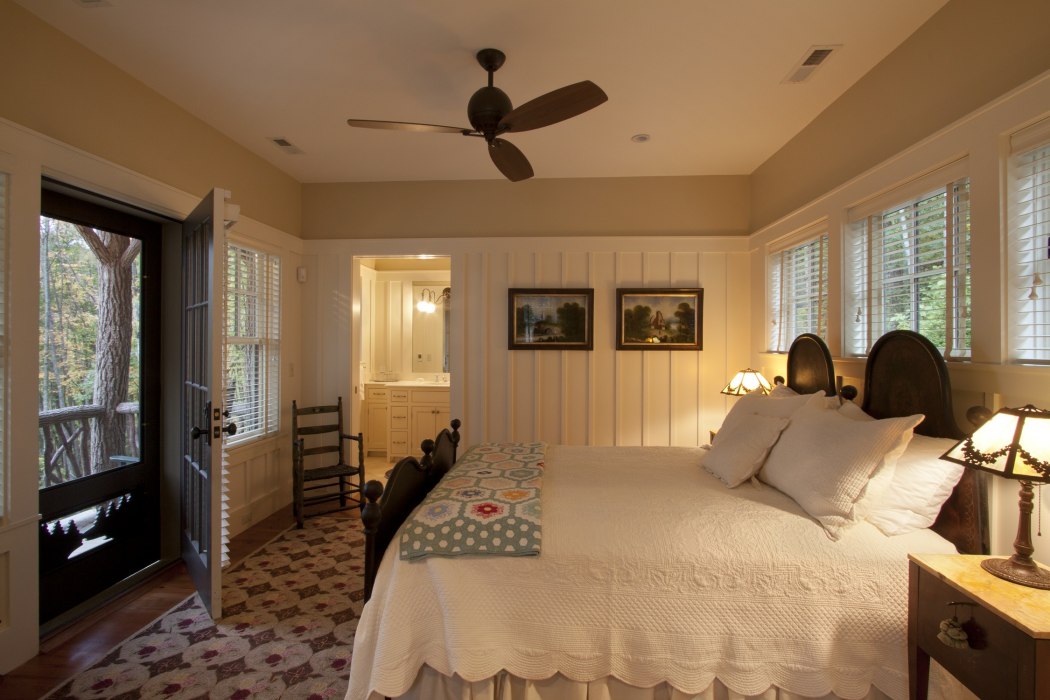 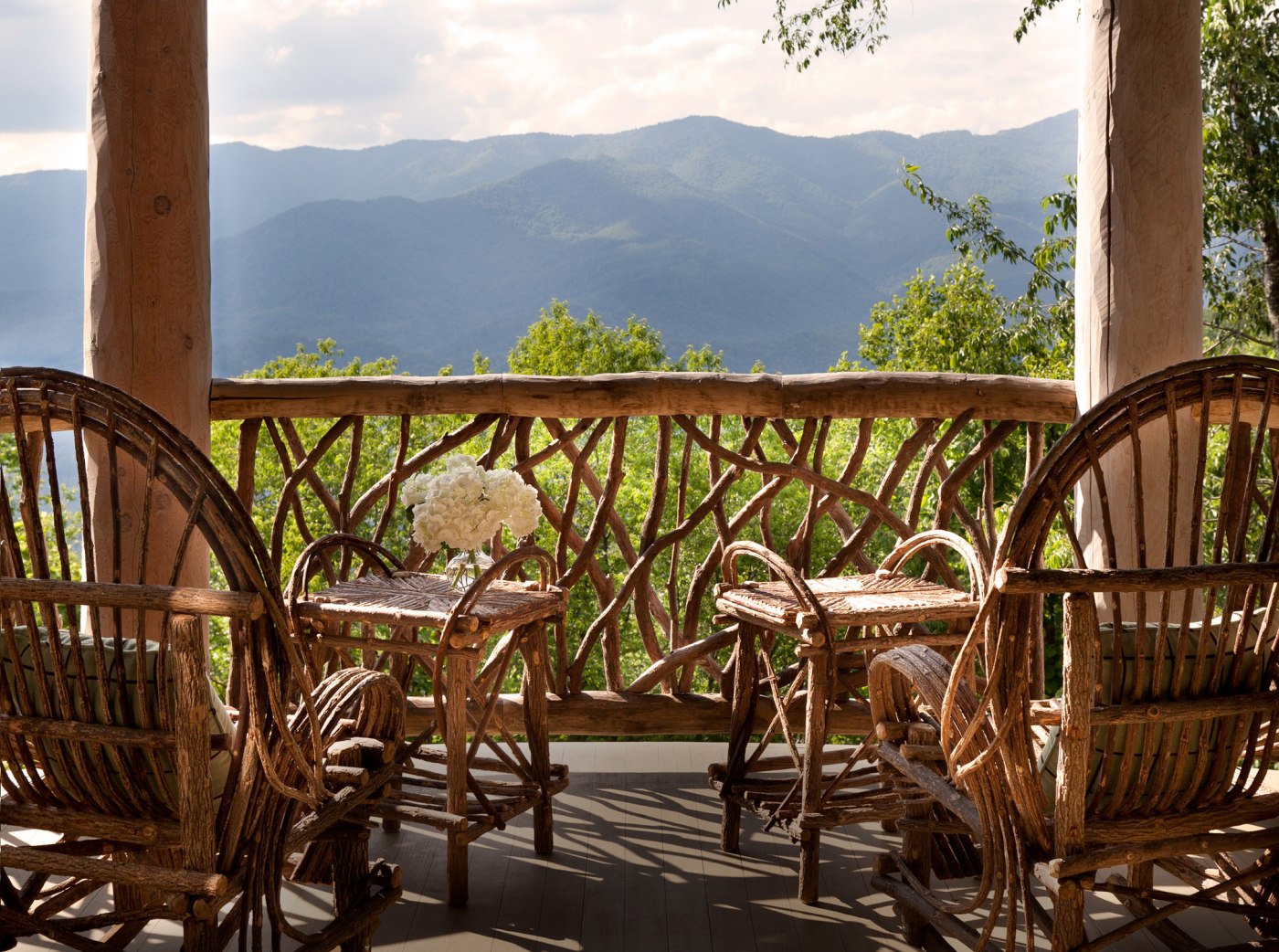