LOCATED ON THE EASTERN TIP OF LONG ISLAND in the hamlet of Bridgehampton, this home was inspired by the quaint architecture of nearby fishing villages such as Sag Harbor. Tucked down a rural lane bordered by dense green hedges, it has the appearance of an old saltbox cottage and the charm of a home that has been expanded over time. Nestled on a half acre lot between existing estates and fields, the new home, with its weathered shingles and crisp black accents, fits in with the historical homes in its midst. While it is relatively modest in comparison to its neighbors, the home has a fitting sense of place. Unfolding across the site, the exterior has an air of timeless authenticity juxtaposed with interiors that are rooted in the twenty-first century. An open floor plan and stylish furnishings complement the traditional forms and materials, creating a retreat that is classical in detail and contemporary in spirit. 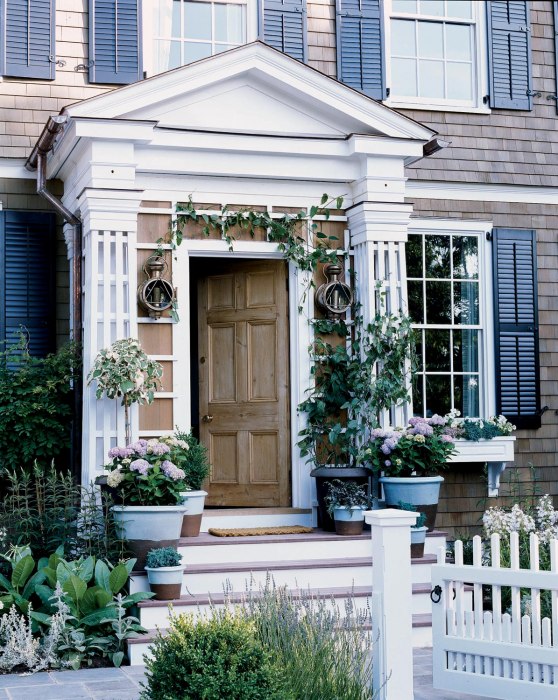 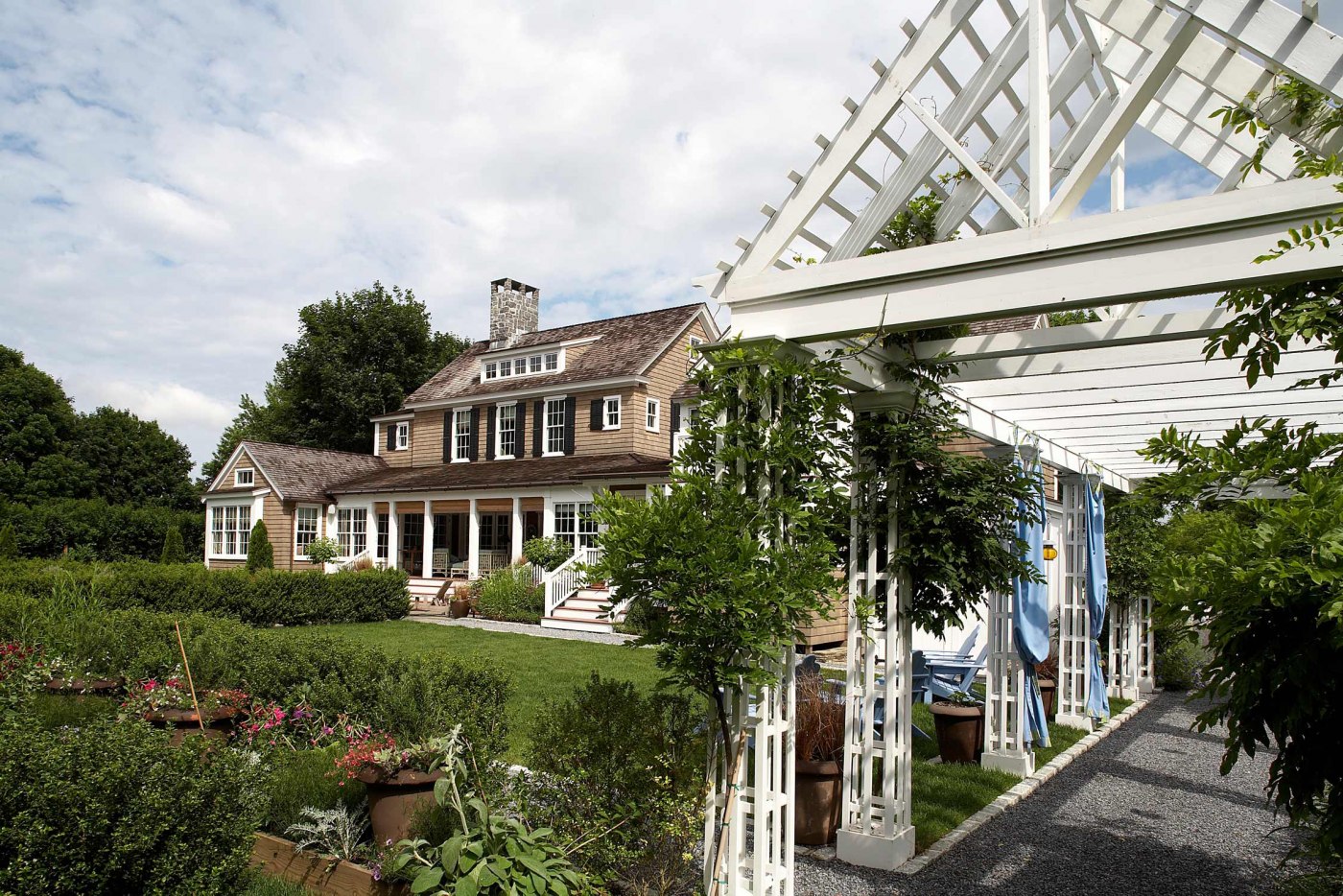 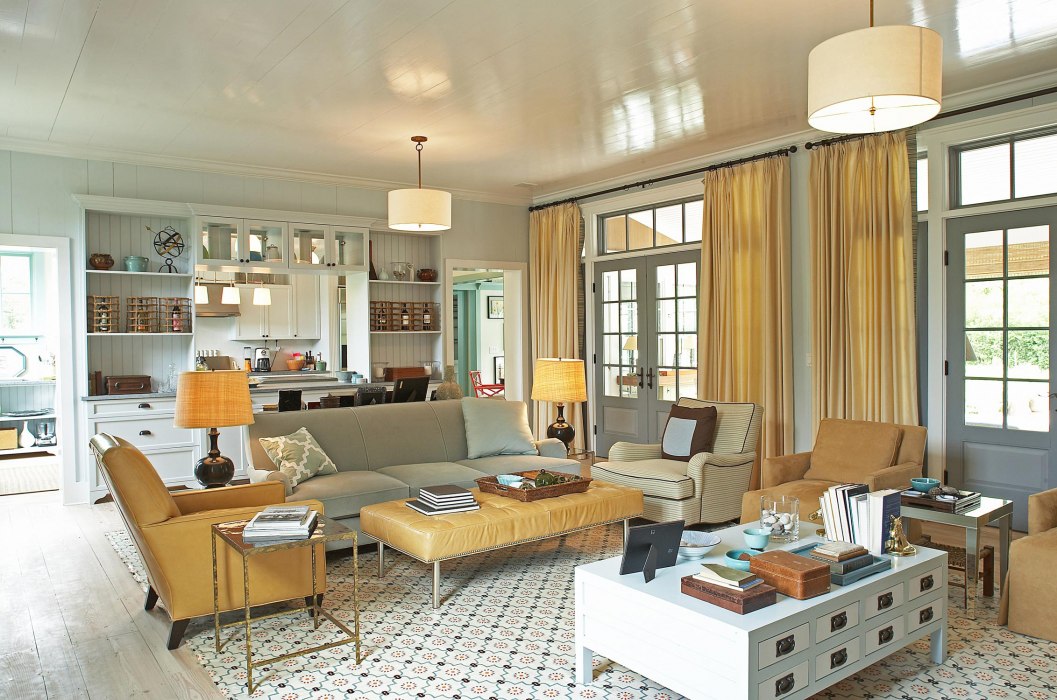 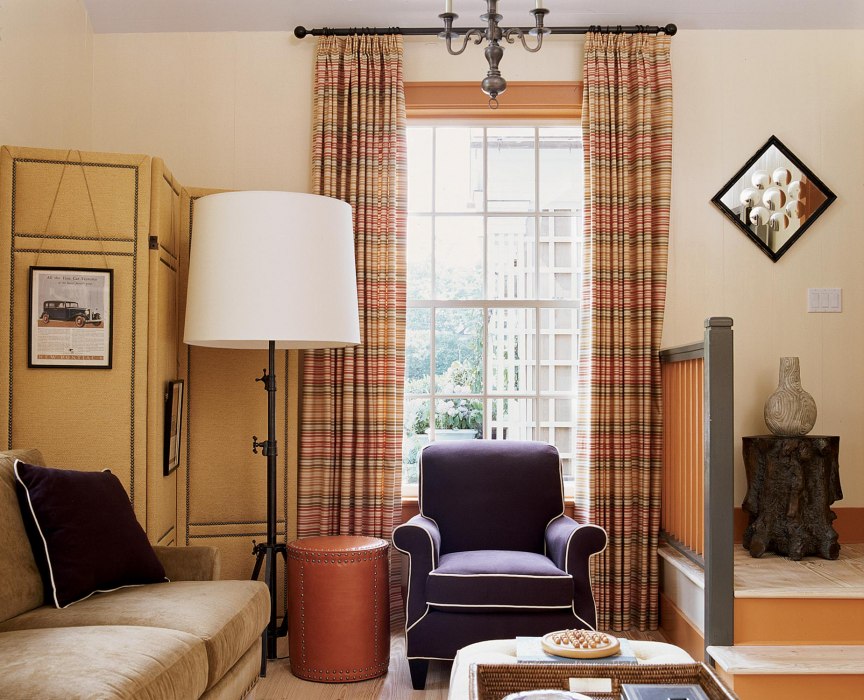 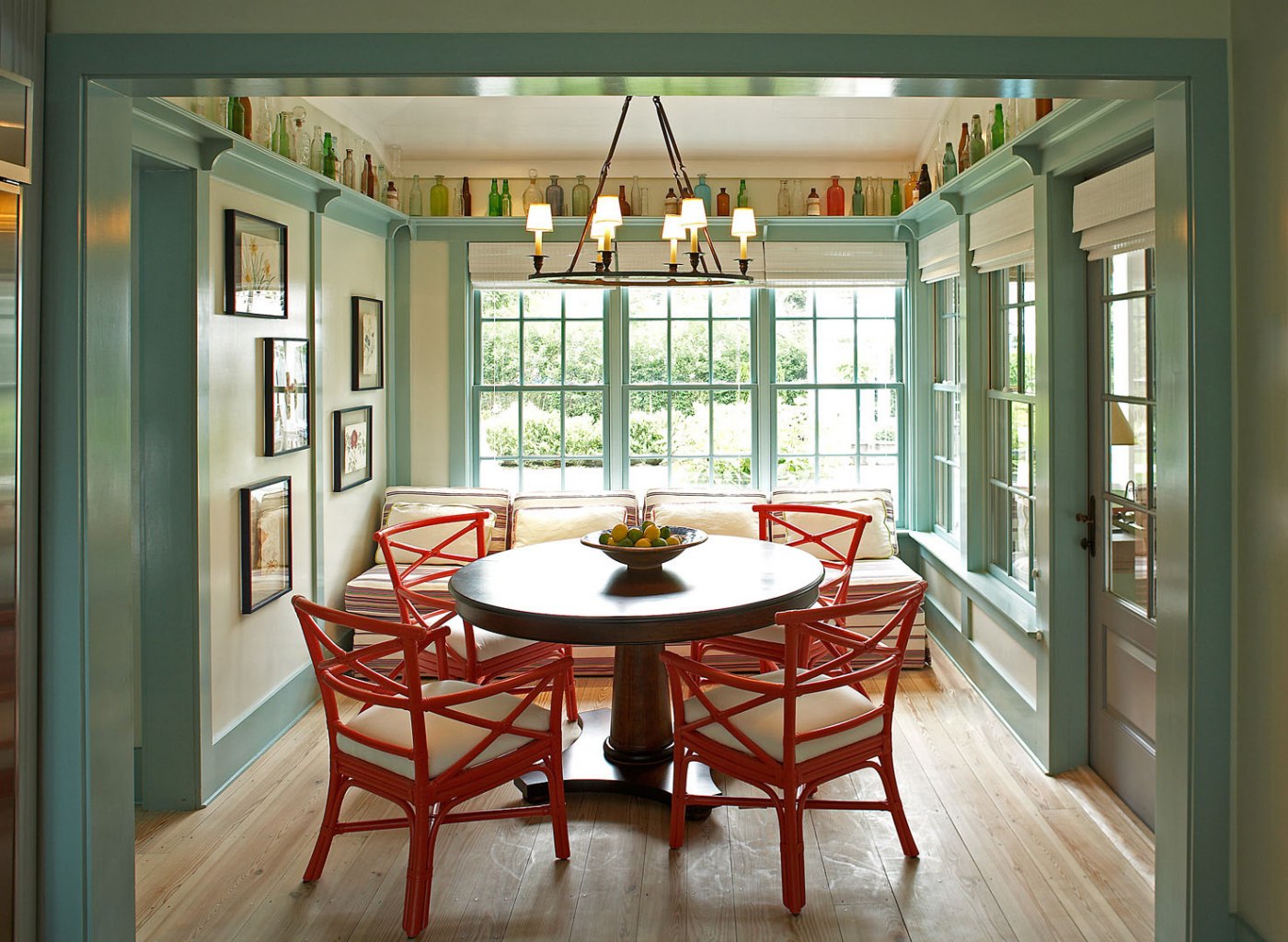 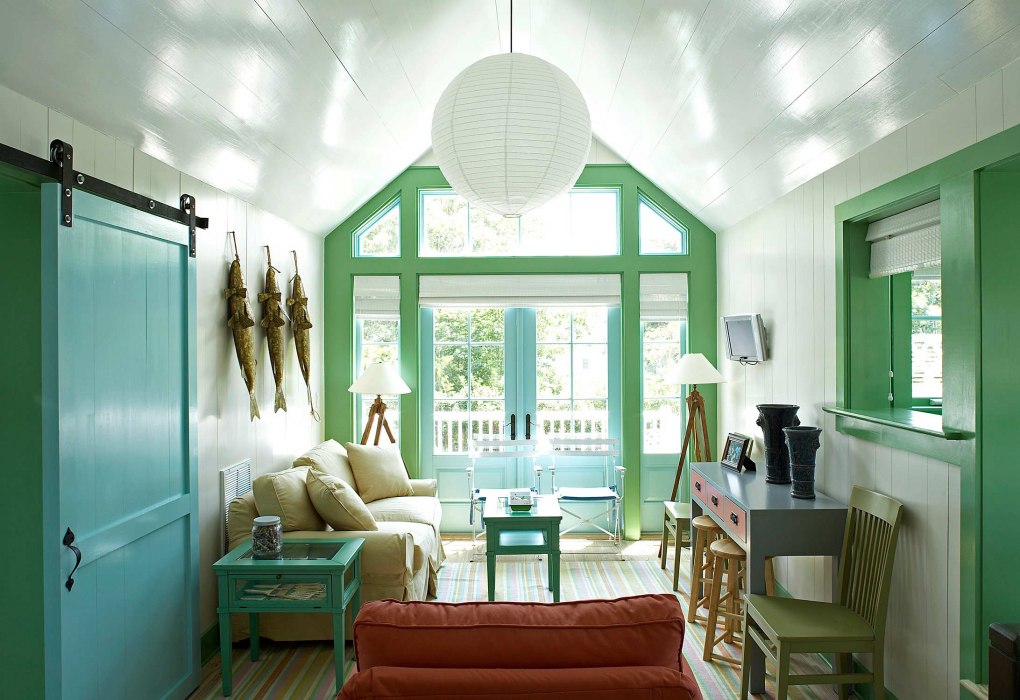 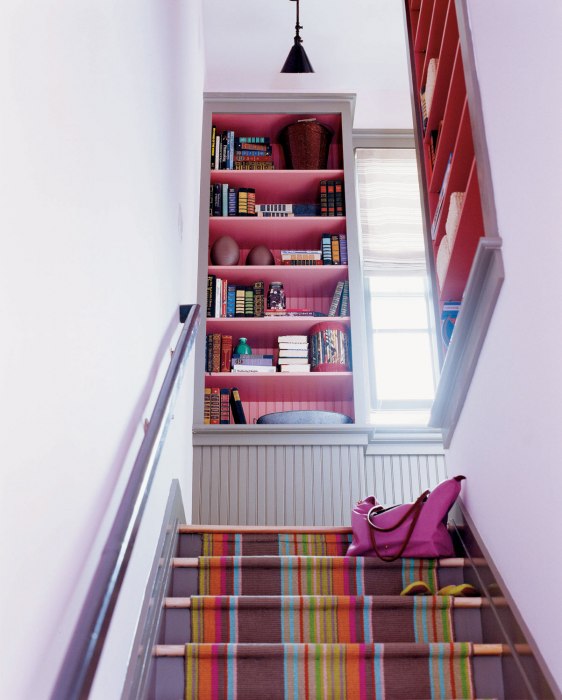 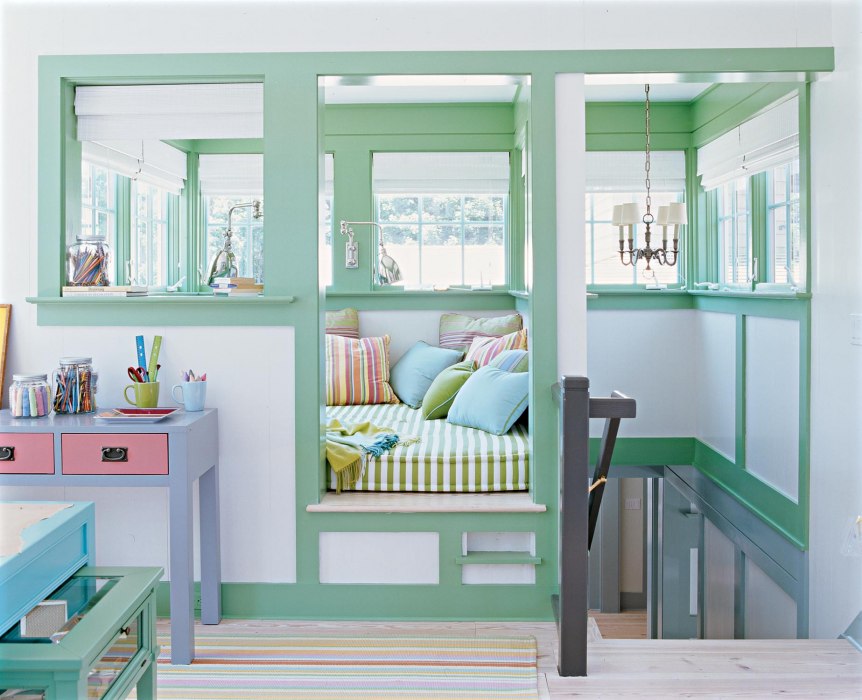 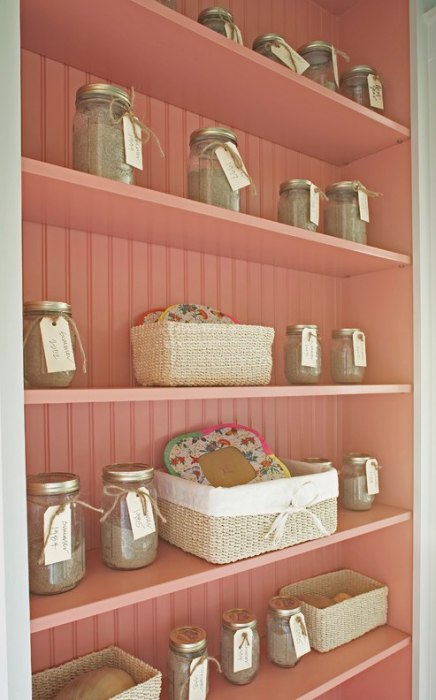 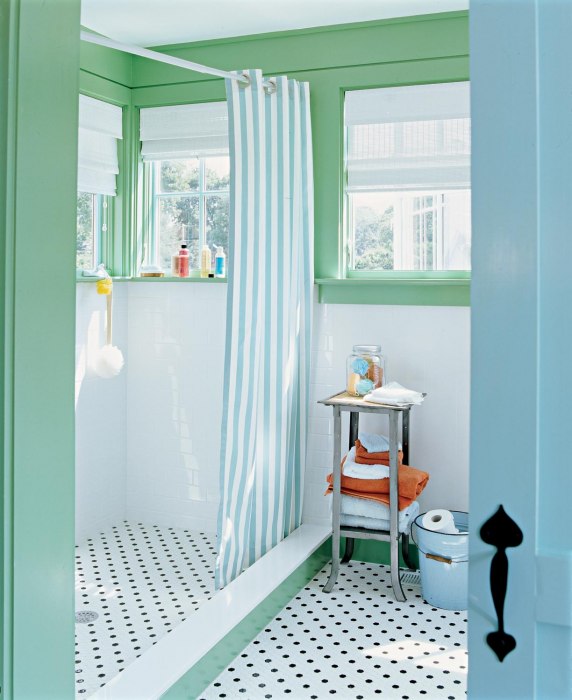 UNIQUE NOOKS AND NICHES are highlighted by vibrant trim, a playful palette of colors, and an exuberant mix of patterns. 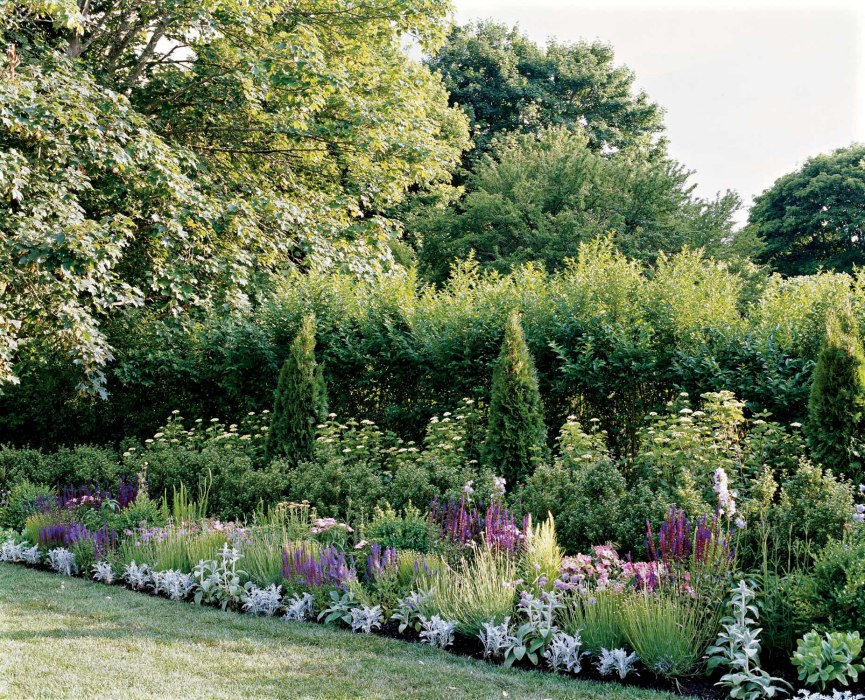 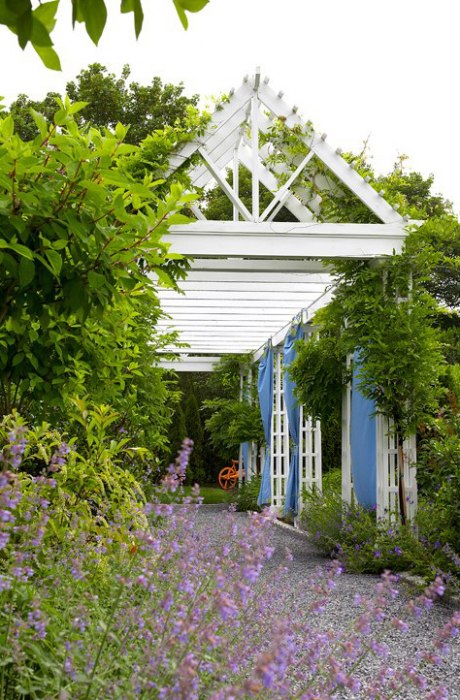 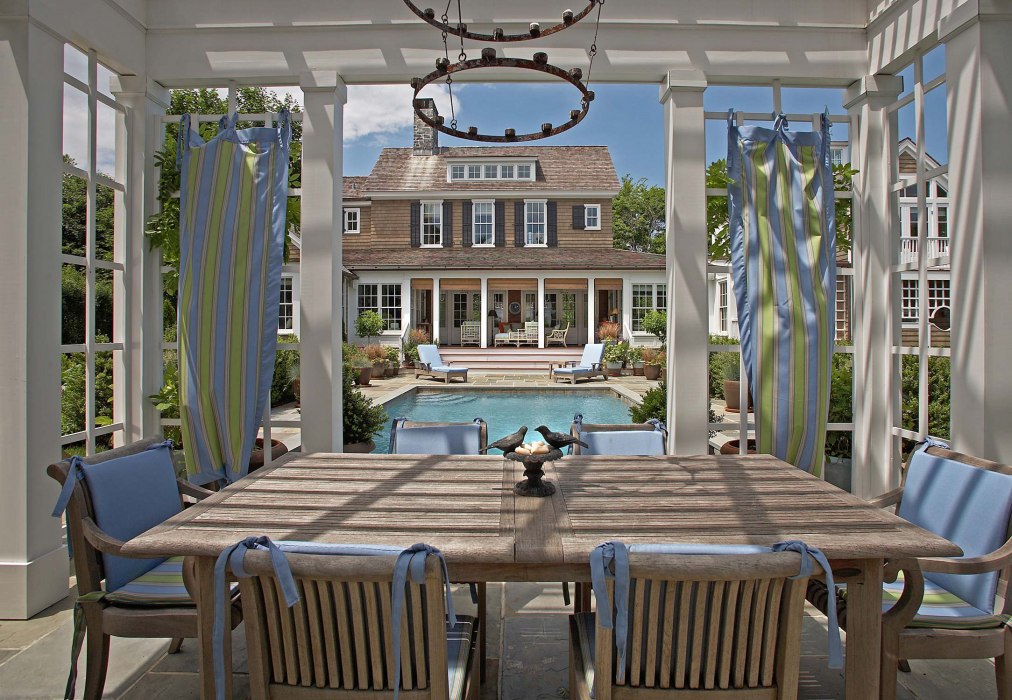 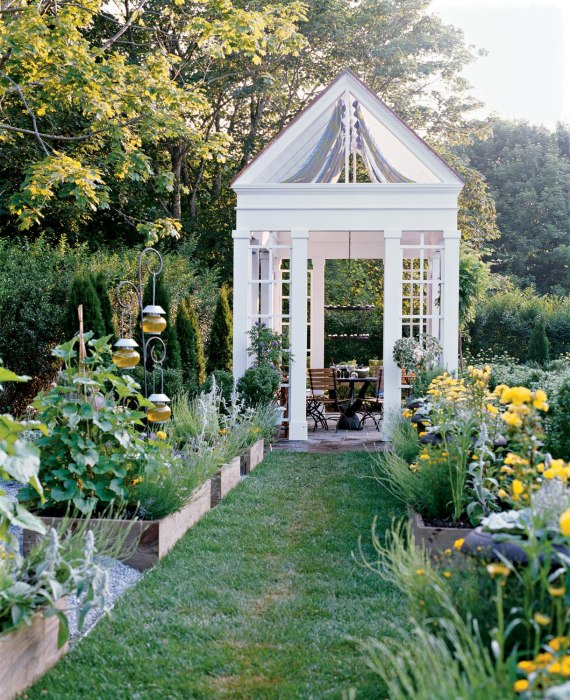 ON THIS RELATIVELY SMALL LOT, a creative land plan and well executed hardscape create a series of outdoor rooms and interesting vignettes. 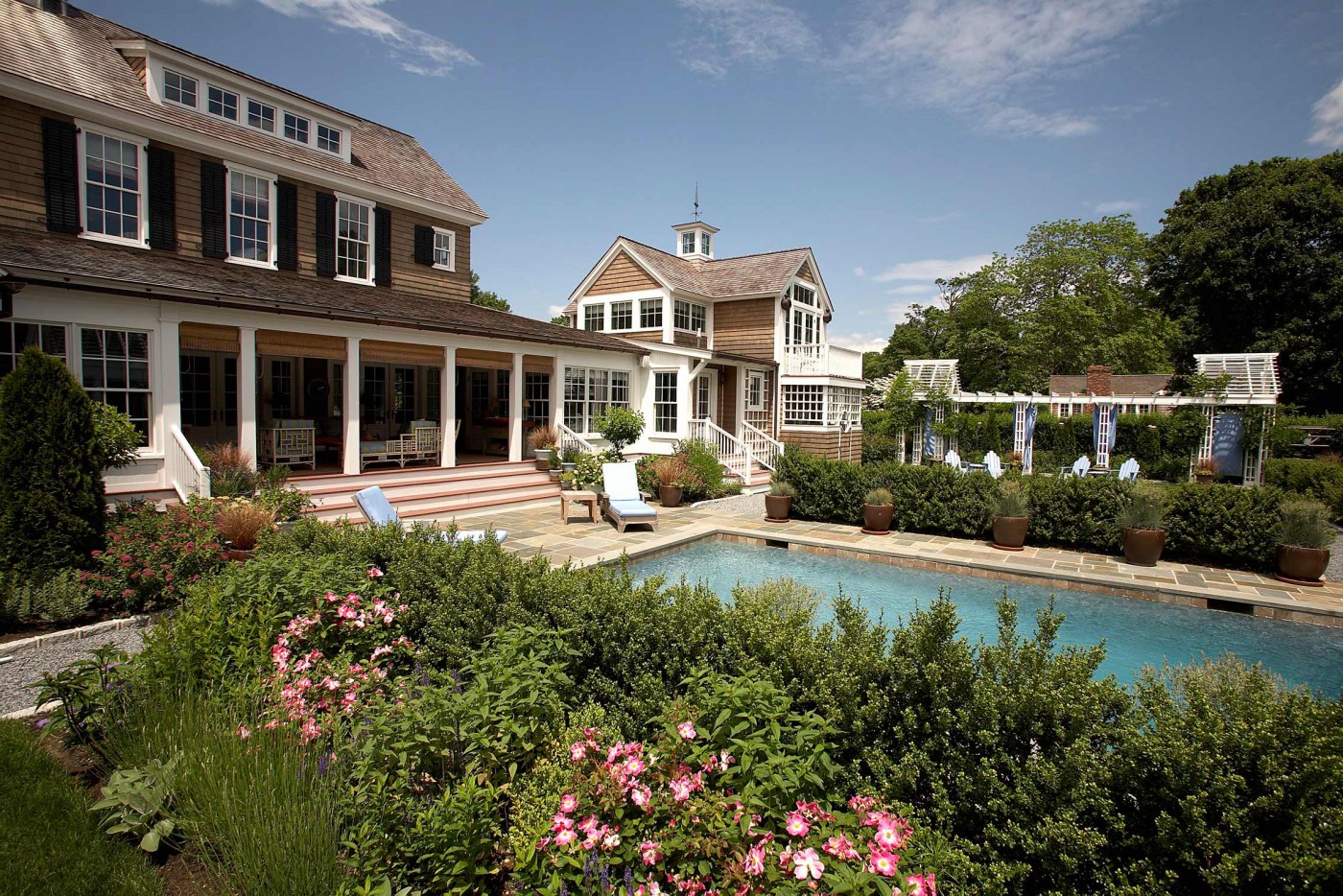