This is the fifth in a seven-part series on Parisian architecture and urban design’s influence on Thomas Jefferson and the built environment in America.

Today the Academical Village at the University of Virginia, based on Thomas Jefferson’s “Hobby of my old age,” is perhaps one of America’s most iconic architectural sites. It is also one of the best examples of Jefferson’s architectural thought process and design sensibility.  The plan and the specific details of a central Lawn, with Pavilions on either side connected by a continuous passage, evolved over a great deal of time and display his unique architectural signature in a variety of ways, as our traveler Jacques will show us in this post. 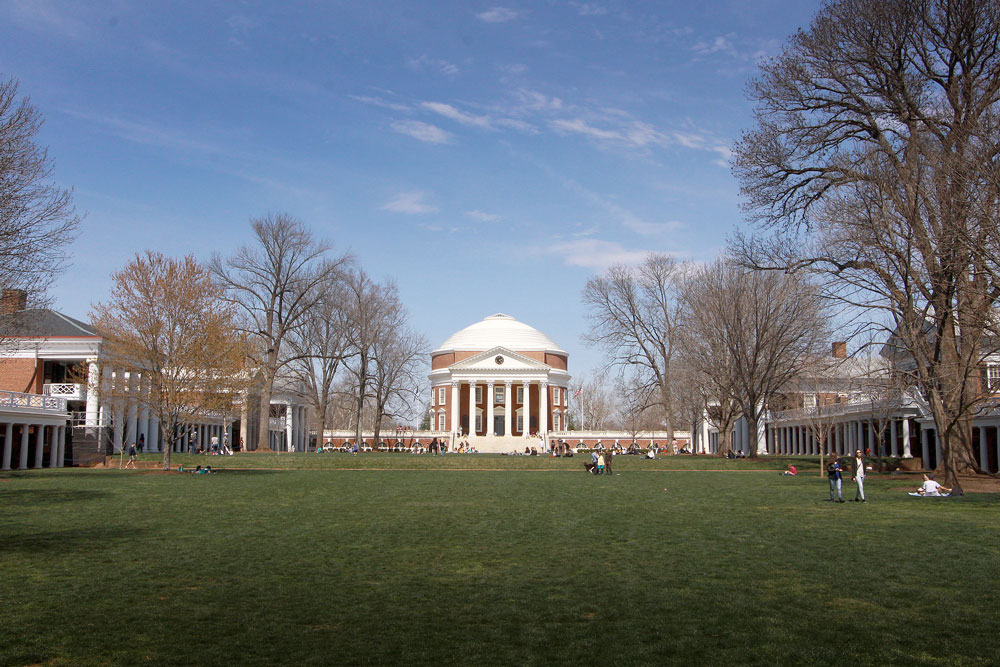 Aside from Monticello, the Rotunda on the Lawn at the University of Virginia is perhaps Thomas Jefferson’s most recognizable architectural design and highlights Jefferson’s ability to combine precedent from his library with observations from his travels in Europe. 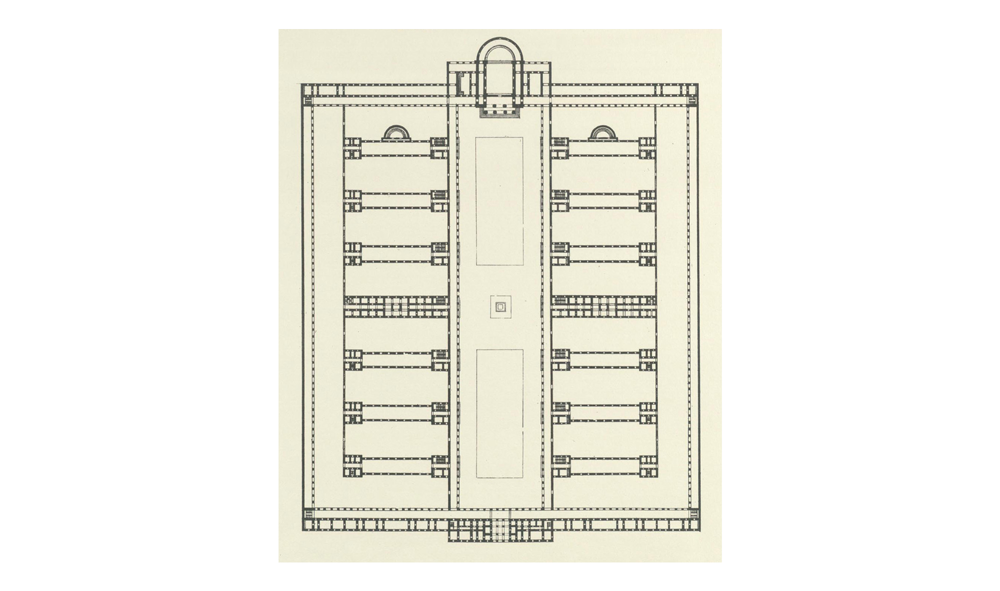 The plan of the L'Hôtel-Dieu de Paris

In Thomas Jefferson’s plan for the University of Virginia, it is once again possible to see the influence of his time in Paris. While Château de Marly is often referenced as an authoritative example, it seems probable that Jefferson may have also drawn from a Parisian hospital design proposed during his residence in France as well. (Source: Bernard Poyet, Project for the reconstruction of L’Hôtel-Dieu de Paris, from Durand’s Recueil et paralléle, 1800, plate 29) 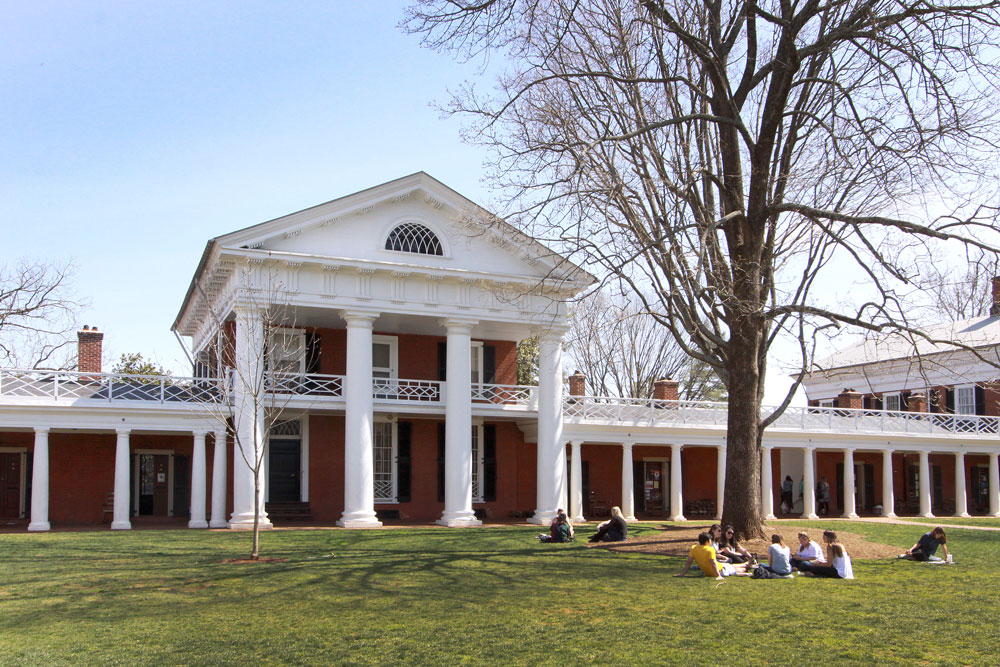 For the design of the University, Jefferson knew he wanted to break the typical, large, singular collegiate building apart and construct a rectangular arrangement with a central building at one end, connected to ancillary structures on either side, in what he referred to as an Academical Village.  Jefferson would say such a plan was beneficial (for its users) in terms of fire, health, economic, and safety concerns, as well as general peace and quiet. The Parisian hospital proposal he was familiar with had similar design goals in mind. 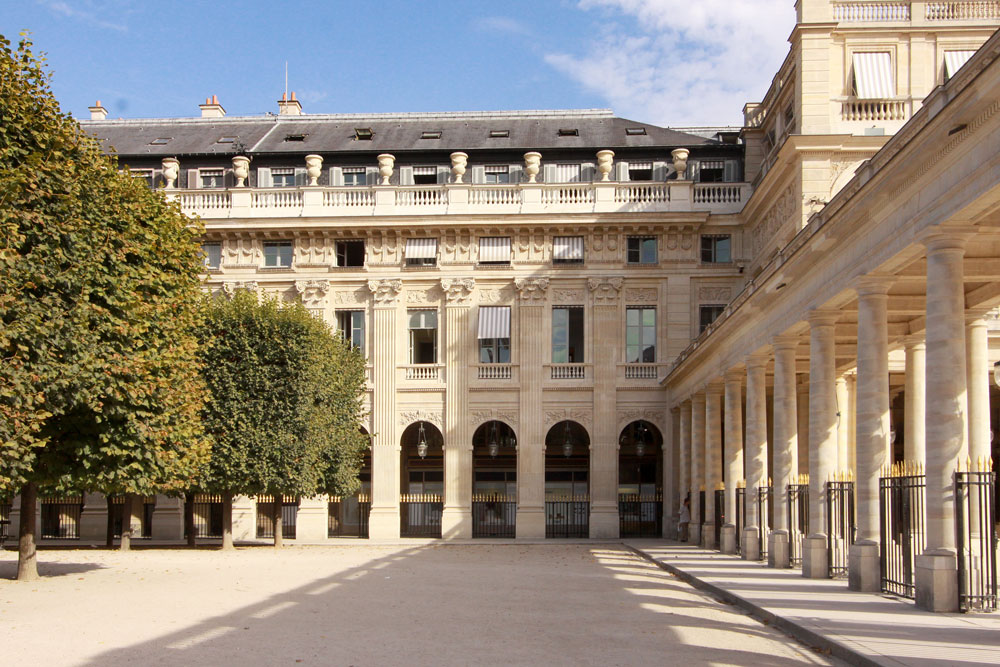 Inside Le Palais Royal, garden to the left and colonnade to the right

Thomas Jefferson’s time spent at the Palais Royal in Paris (see Post no. 4 in this series); particularly its scale, multitude of functions, and colonnades, could also have influenced Jefferson’s thinking on the plan of the University throughout the design process. 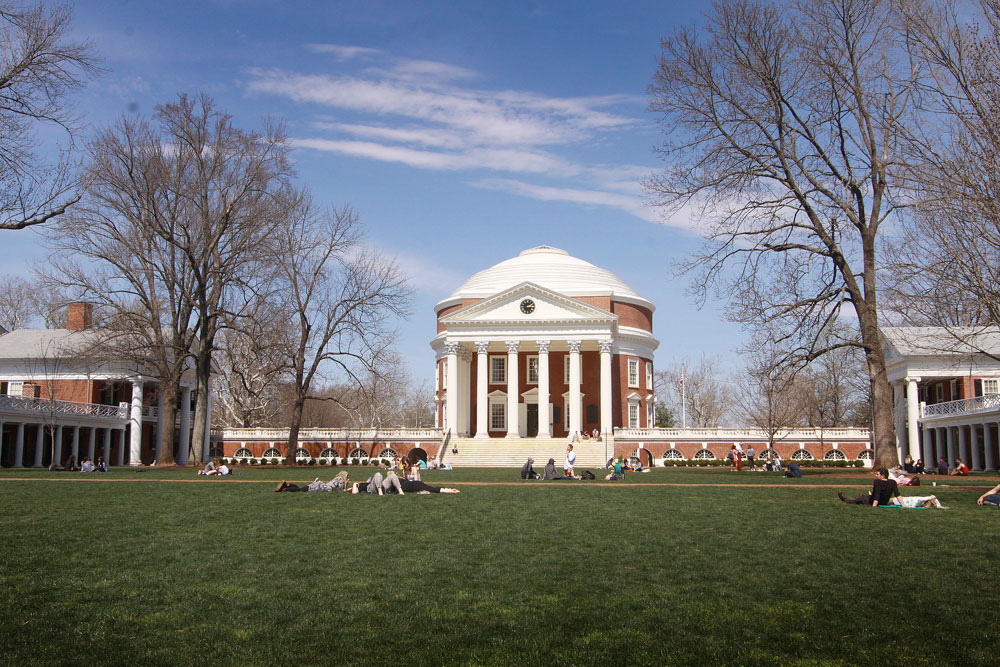 A closer look at the University’s Rotunda

The dome of the University’s recently renovated Rotunda demonstrates Thomas Jefferson’s creativity; his ability to call from precedent and use multiple forms to create something entirely new. Here, the Roman Pantheon, the Palladian layout of outstretched arms, and the French form of interior planning, which Jefferson viewed while in Paris, are blended together in a truly unique building. 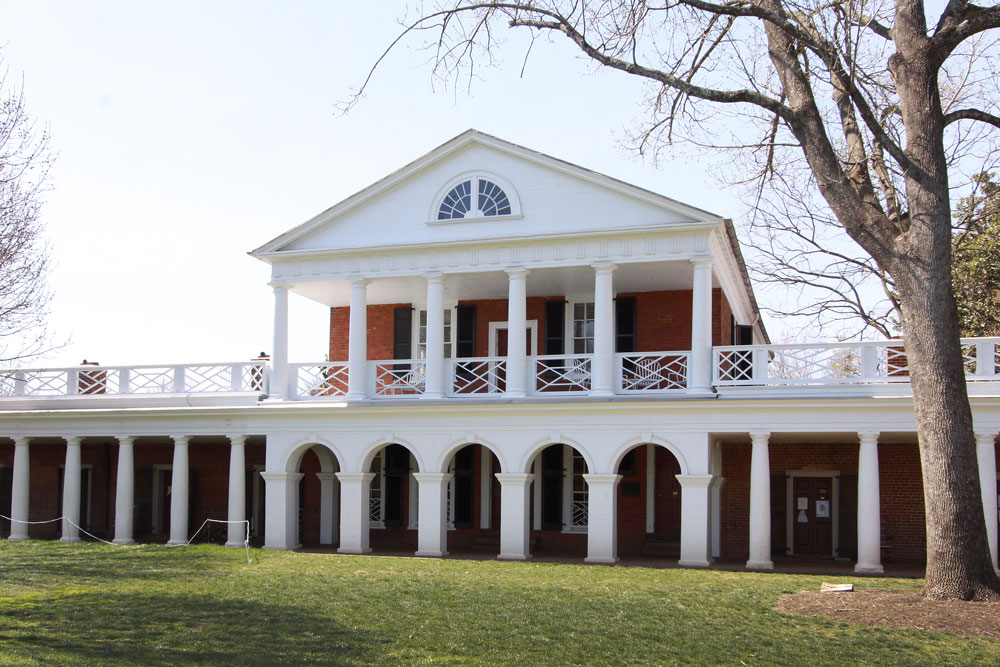 At the University of Virginia, Thomas Jefferson took a concept he introduced in the design of the Capitol in Richmond a step further (see Post no. 2 in this series); the temple form is utilized to create a residential structure for the first time in Pavilion VII.

Pavilion X has been restored to its original colors. The earthier tone is somewhat different than the bright white of the columns, typical in the late nineteenth and twentieth centuries, which most of us recognize and equate with the University. 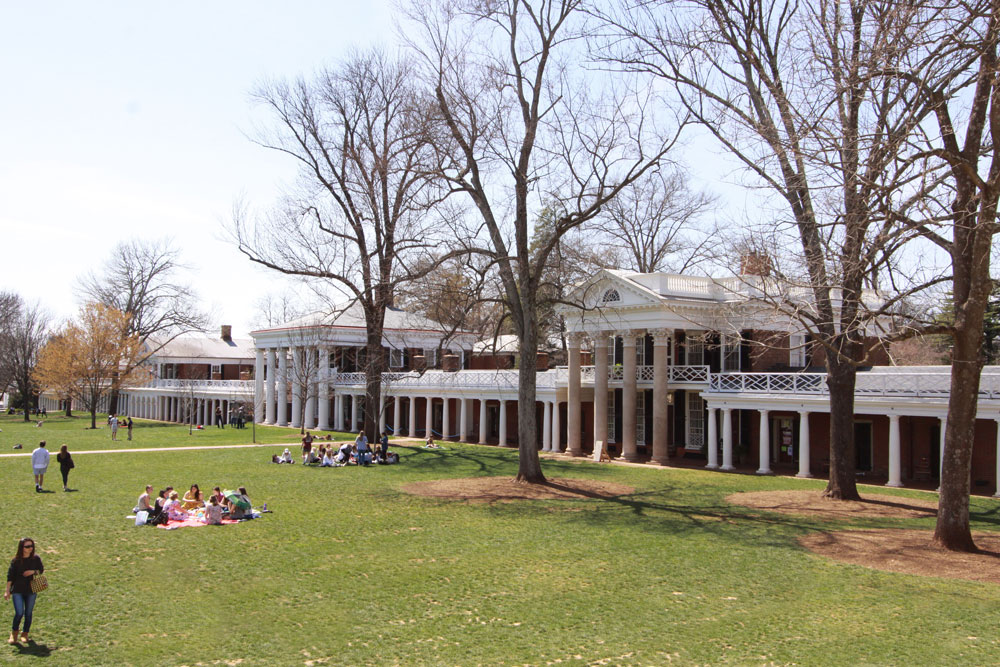 The Academical Village and its individual buildings do a marvelous job of exhibiting Thomas Jefferson’s ideals and his creative architectural talent; his ability to combine the latest neoclassical ideas seen during his time in Paris, with his love of the Palladian and Roman concepts also found in his books, in the formation of a new and inspirational urban space for the then young America.