This summer several members of Historical Concepts participated in the Southeast Chapter of the Institute of Classical Architecture & Art’s trip to Virginia honoring the architecture and artistry of Thomas Jefferson. The visit began at the Virginia State Capitol in Richmond and continued in Charlottesville with the University of Virginia, Monticello, and the Farmington Country Club. The tour finished with a visit to Montpelier and the Barboursville Ruins. Participants enjoyed several days of specialized tours and exclusive lectures and we’ll share what they learned over the next few weeks. This post looks at the  historic landscapes of the University of Virginia, which the group had the great privilege of touring with the Senior Preservation Planner and a Landscape Architect from the University’s Office of the Architect. 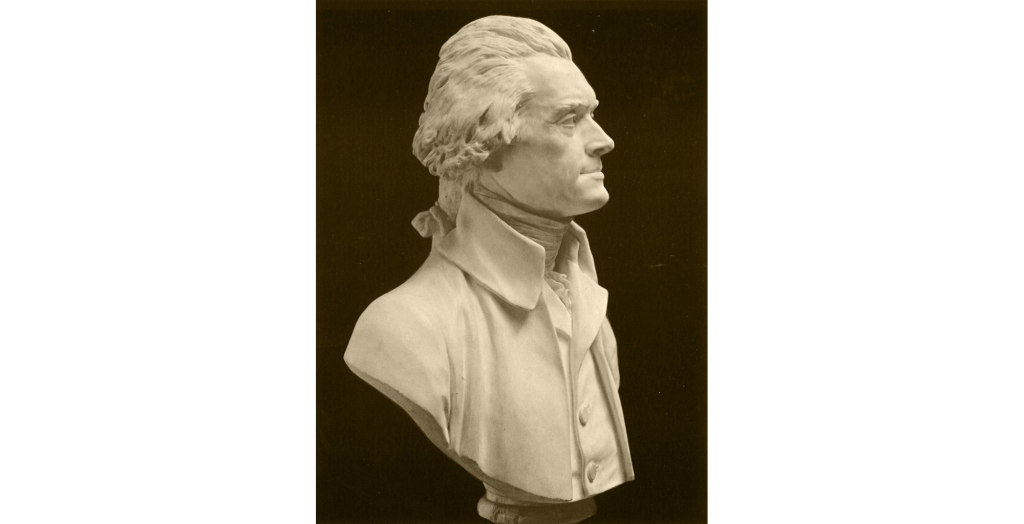 Some believe that Thomas Jefferson’s design for UVA is the ultimate combination of his lifelong study of architecture, the environment, and man’s relationship to both. Jefferson’s innovative approach to merging buildings with the landscape, creating “one inseparable unity” now known as the Academical Village, was unique at the time and his holistic learning environment has since become the example for much campus planning and landscape architecture in the United States. 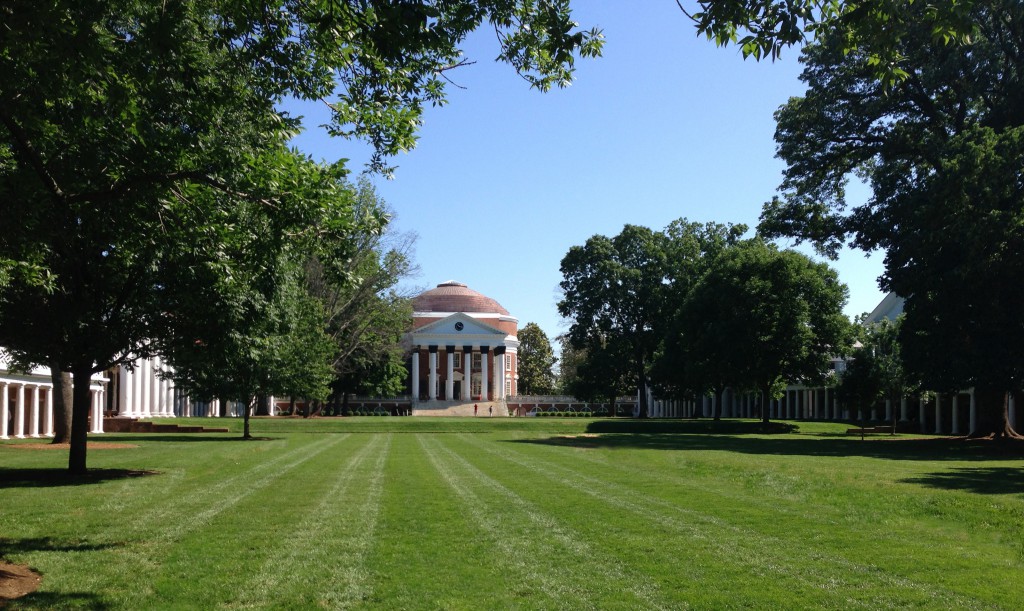 Looking across the Lawn toward the Rotunda

The Rotunda, which originally housed the library, classrooms, laboratories, and rooms for religious services is located at the northern edge of the Lawn and occupies the focal point of the Academical Village, expressing “perfectly his philosophy of architectural design: aesthetics as well as function.” 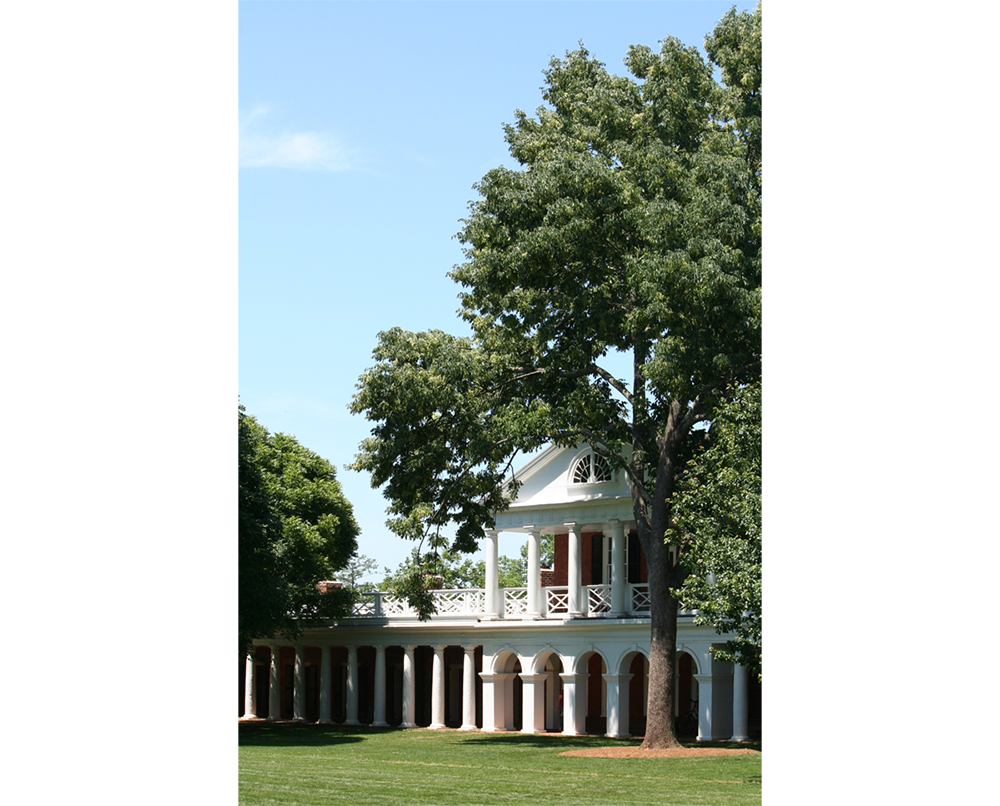 Ten pavilions; faculty living quarters (upstairs), offices, and lecture rooms (downstairs), are arranged on three terraces following the east and west edge of the Lawn from the Rotunda to the view of the Blue Ridge Mountains in the distance.

The Colonnade on the Lawn

These are connected to two rows of student quarters via an inward-facing colonnade.   Beyond that serpentine walls connect the Pavilions to the East and West Ranges, more student quarters, and the Hotels (student dinning) in parallel rows with gardens between.

The 200-foot wide lawn in front of the pavilions is lined with a double row of trees spaced so as not to obscure the architecture of the pavilions while framing views of both the Rotunda and the Blue Ridge mountains. The east and west gardens seen today were reconstructed by The Garden Club of Virginia in the early 1950s and based on the Peter Maverick 1822 engraving of Jefferson’s plan for the University. 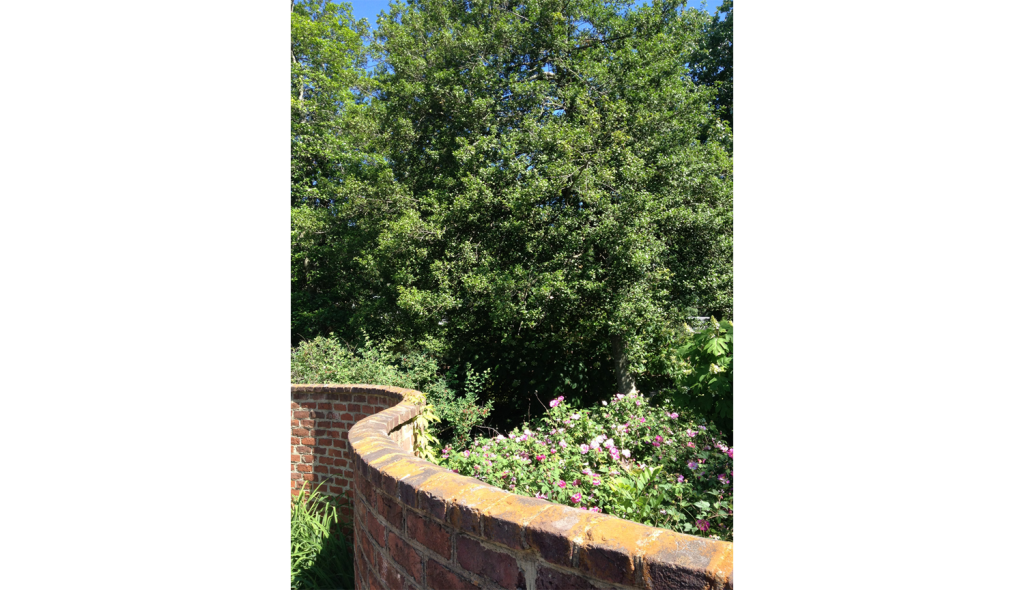 Landscape Architect Alden Hopkins, one of the profession’s leading Colonial Revivalists, was responsible for the restoration of the serpentine walls and historic structures as well as the introduction of an 18th-century Jeffersonian plant palette to the west Pavilion Gardens dedicated in 1952. Another landscape architect, Donald Parker, completed the east Pavilion Gardens in 1965.  These were also in the Colonial Revival-style and designed as pleasure gardens, as Jefferson originally intended.

The grounds at the University of Virginia originally designed by Thomas Jefferson, an agrarian-minded idealist, now serve as living examples of American landscape architectural history and case studies for ongoing dialog about garden restoration and historical horticulture.