This is the second in a seven-part series on Parisian architecture and urban design’s influence on Thomas Jefferson and the built environment in America.

While delving into the relationship between Thomas Jefferson’s personal experiences in France and the evolution of American architecture, Jacques traveled outside of Paris to Nîmes, France. There he studied what was to become the inspiration for an early government building, now the Virginia State Capitol. The design of this neoclassical structure is said to have influenced a myriad of other public and private buildings across America since 1788. 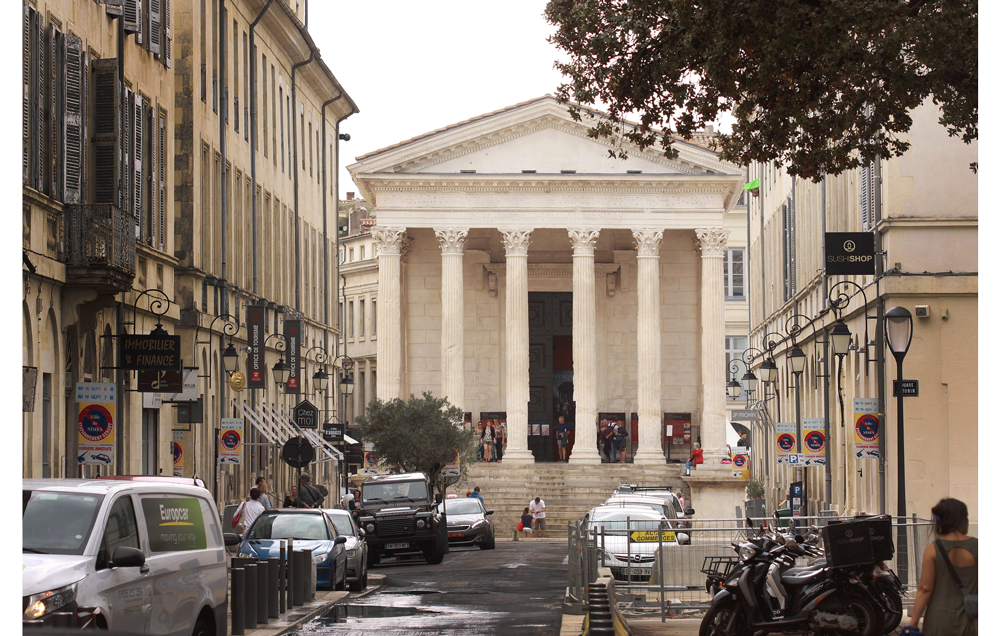 One of Jefferson’s most important travels was to the city of Nîmes in southern France. His time there would prove to have a lasting impact on American architecture. 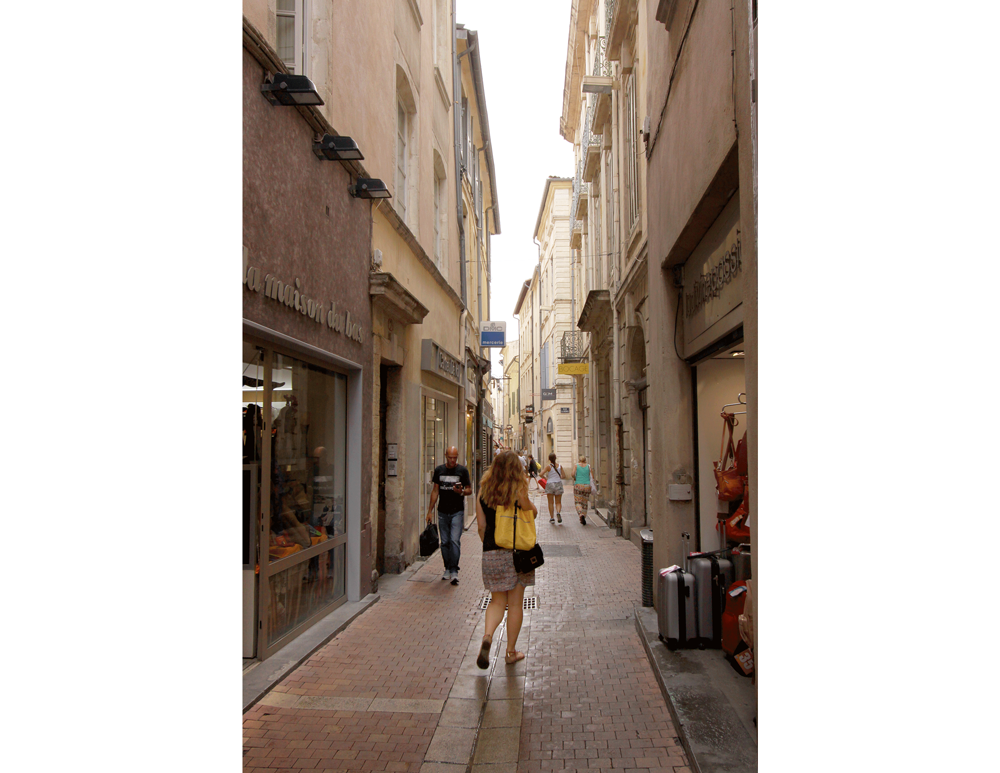 View of a street in Nîmes today

Early in its history Nîmes was a Roman colony. As a result, it has wonderfully narrow, medieval streets filled with shops and residences. 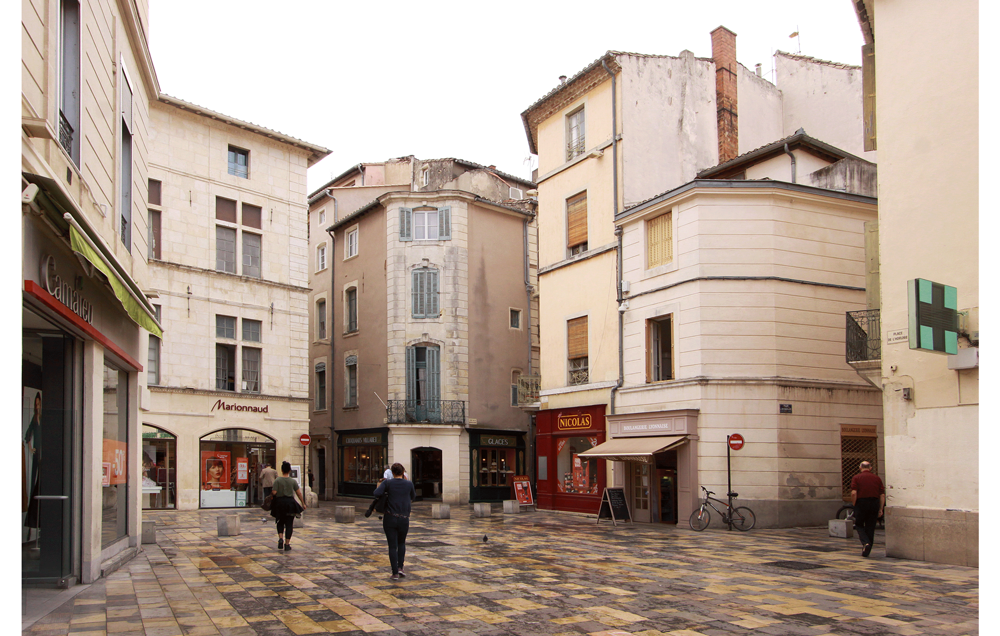 Standing in a public square in Nîmes

Nîmes also contains a series of ruins such as this arena, dating from the 2nd century BC, also of interest to Jefferson. 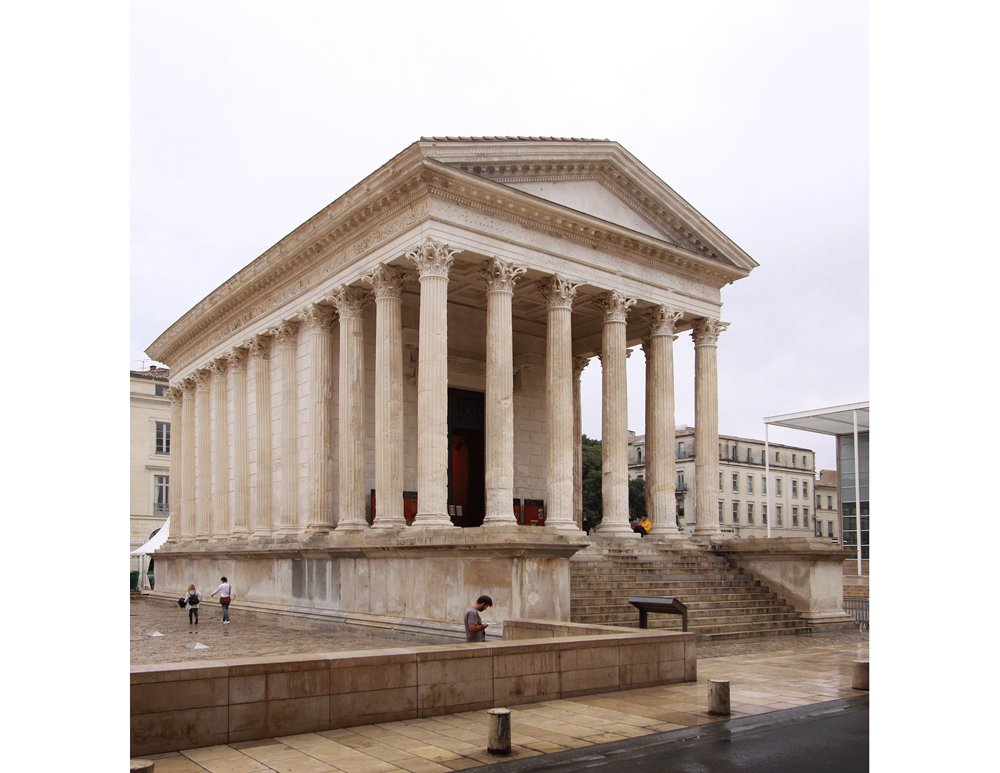 Most importantly, to Thomas Jefferson and American architecture, Nîmes contained La Maison Carrée, which Jefferson described as “the most perfect and precious remain of antiquity.” 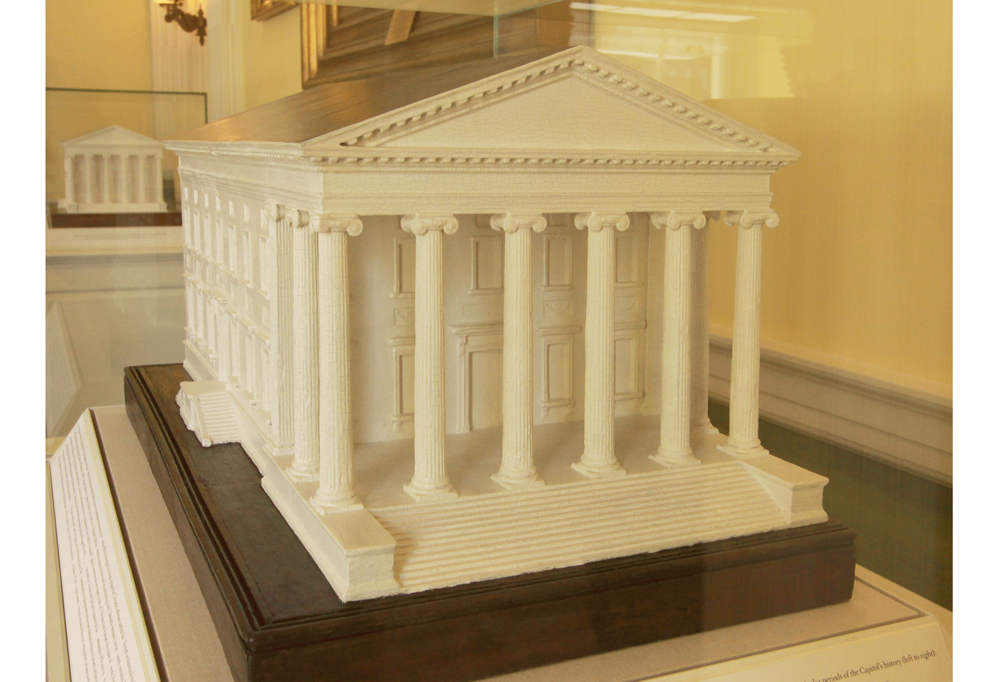 The Maison Carrée was to serve as Jefferson’s main precedent for the Virginia State Capitol in Richmond, the first neoclassical temple to be realized as a governmental building. While in France, Jefferson had this plaster model made of his proposed design and shipped to America for reference during construction. 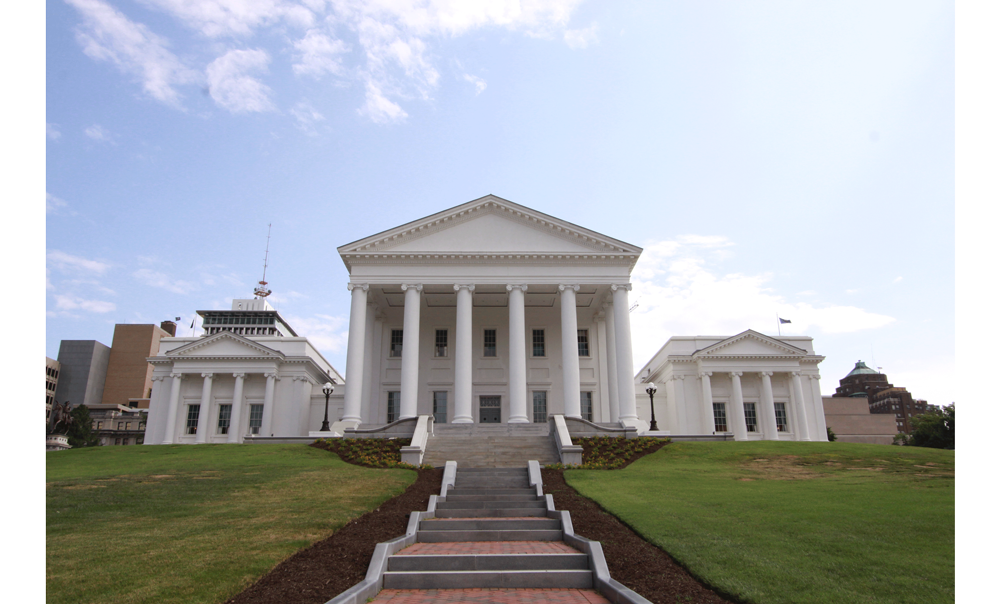 The Virginia State Capitol in Richmond

For the design of Virginia’s Capitol Building, Jefferson felt it was best to utilize an exemplar from antiquity. “It has obtained the approbation of fifteen or sixteen centuries,” he wrote, “and is therefore, preferable to any design which might be newly contrived.” 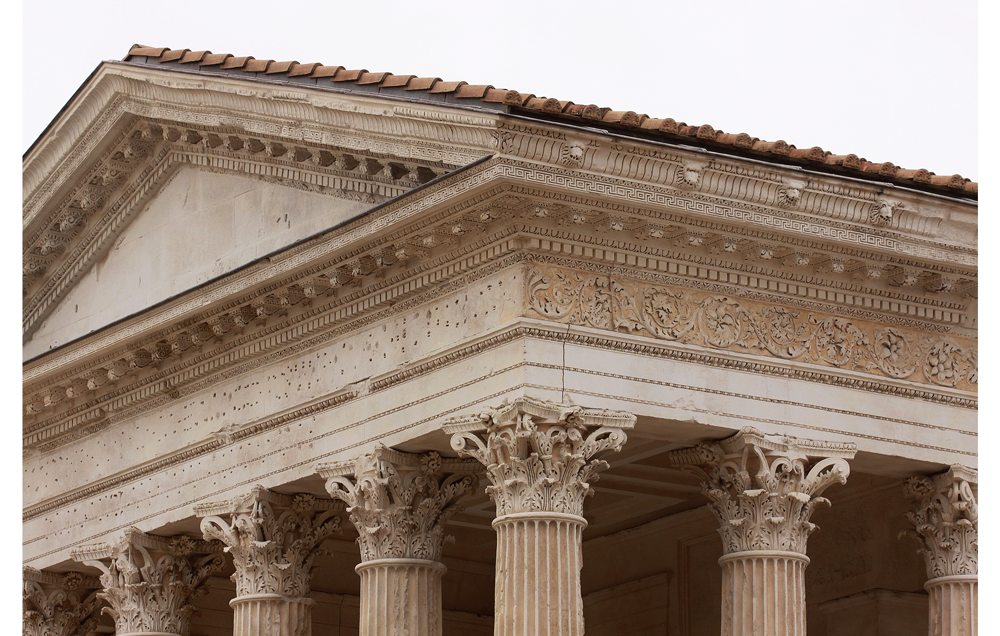 A detailed look at the entablature of the Maison Carrée

The Maison Carrée stands as one of the best-preserved pieces of Roman antiquity, still attracting visitors to the city of Nîmes today. 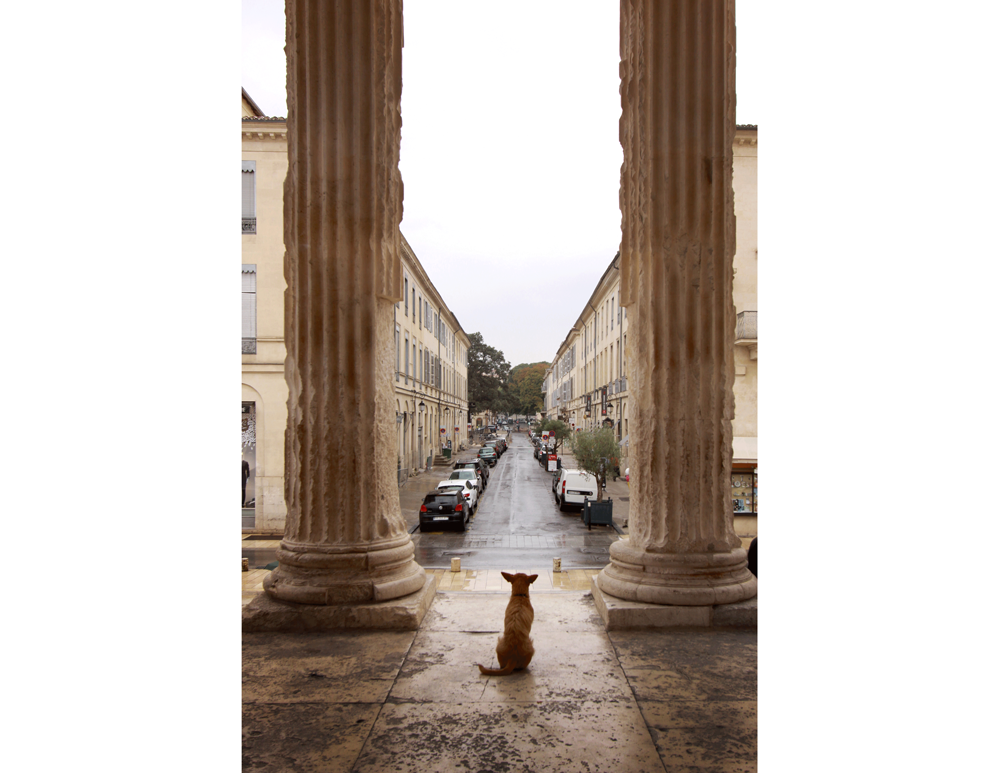 View looking out from the Maison Carrée to the street beyond

“Here I am, Madame, gazing whole hours at the Maison Carrée like a lover at his mistress,” wrote Jefferson of his time in Nîmes.