This is the fourth in a seven-part series on Parisian architecture and urban design’s influence on Thomas Jefferson and the built environment in America.

Thomas Jefferson lived in four difference residences, and on both banks of the Seine, during his five years as Minster in Paris.  When combined with his natural inclination to explore the city, this meant Jefferson was to see many of what he called “the wonderful improvements” in architecture and planning underway at the time. These included the recently developed Palais Royal adjoining the Hôtel d’Orléans, his first residence, as well as other squares. In this installment of his investigations into Jefferson’s inspirations, Jacques will introduce us to a few of those distinctly Parisian urban designs. 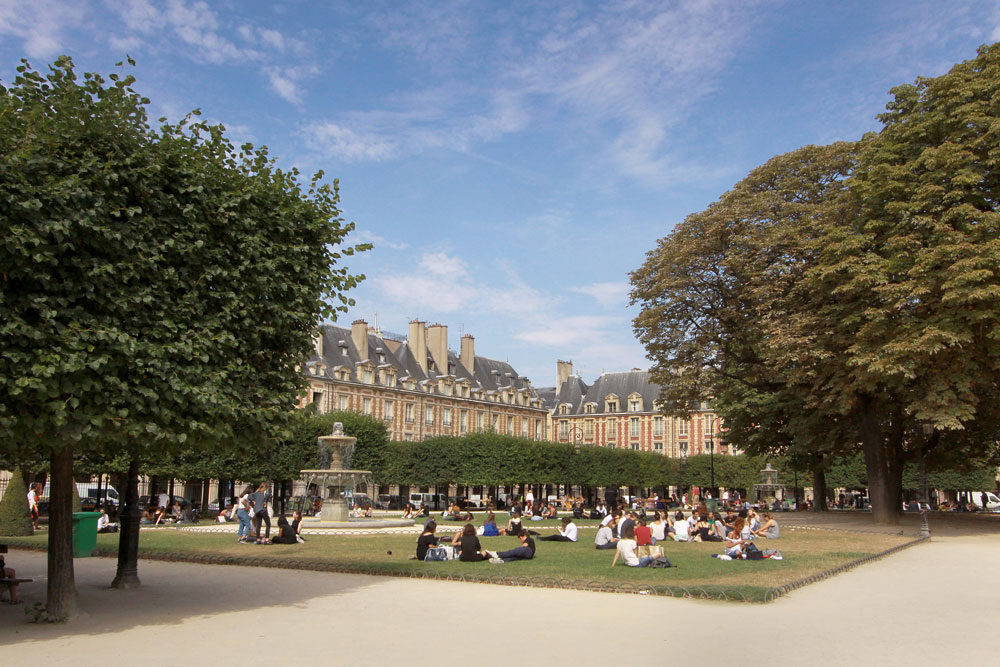 In Paris, Jefferson could visit a wide array of public spaces. La Place des Vosges, located in the 4th arrondissement, is one of the earliest planned squares in Paris (circa 1605-1612). 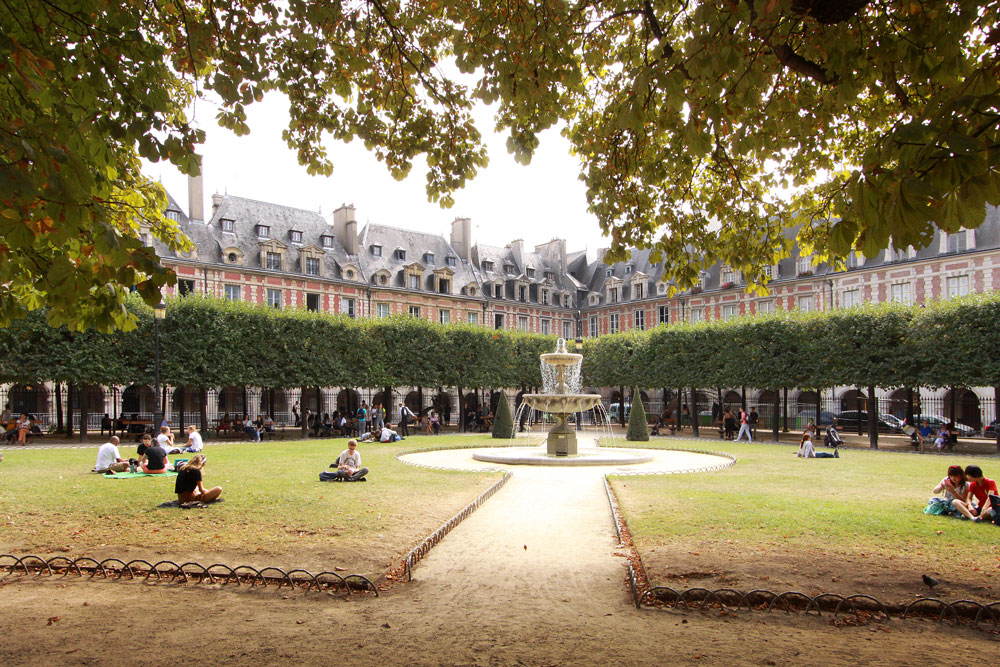 A continuous façade of buildings creates a unified public area around a true square (460 feet by 460 feet) at Place des Vosges. 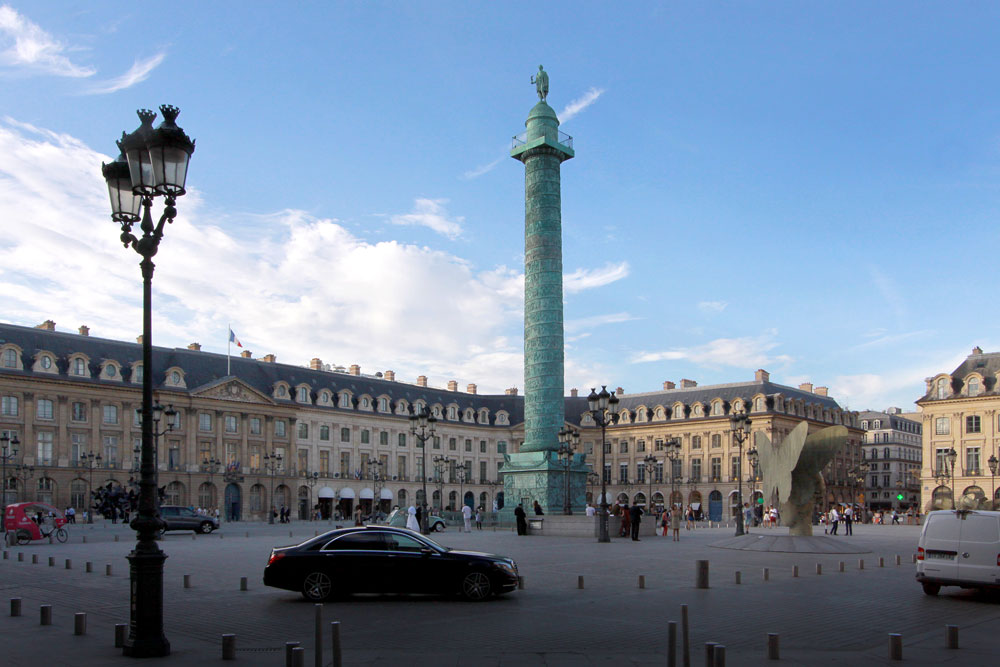 Place Vendôme, with the 1874 column and copy of Napoléon statue at the center

Place Vendôme (circa 1702) in the 1st arrondissement, is formed by continuous building façades like Place des Vosges, in this case wrapped around an octagonally shaped square. It was extremely popular during his time, and frequently visited by Jefferson. 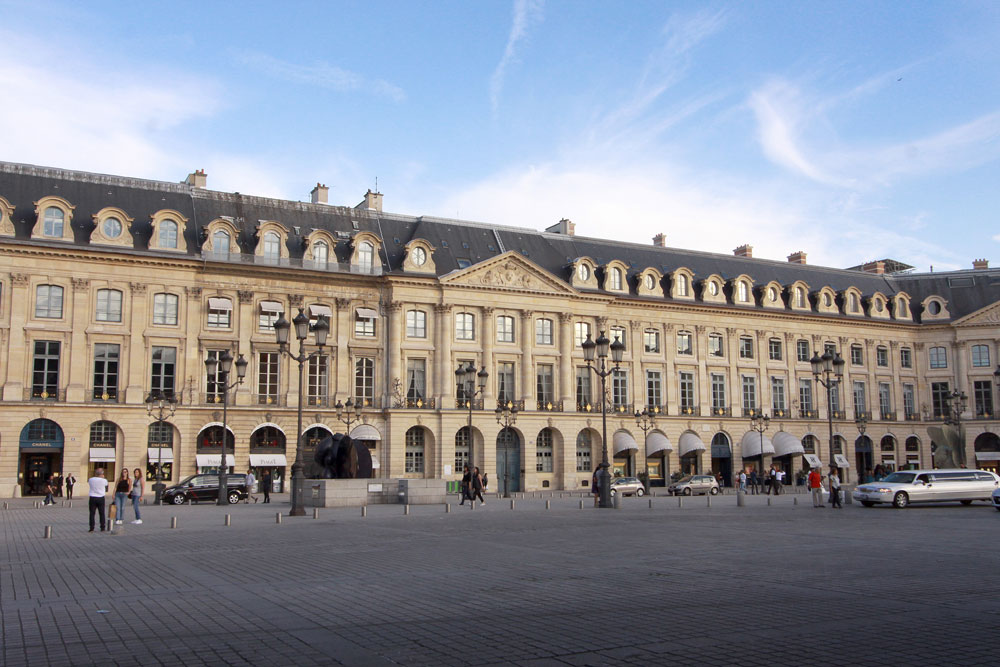 However, Place Vendôme, built at the directive of Louis XIV (circa 1702), boasts the newer, more neoclassical type of French architecture, as compared to Place des Vosges (circa 1605-1612). 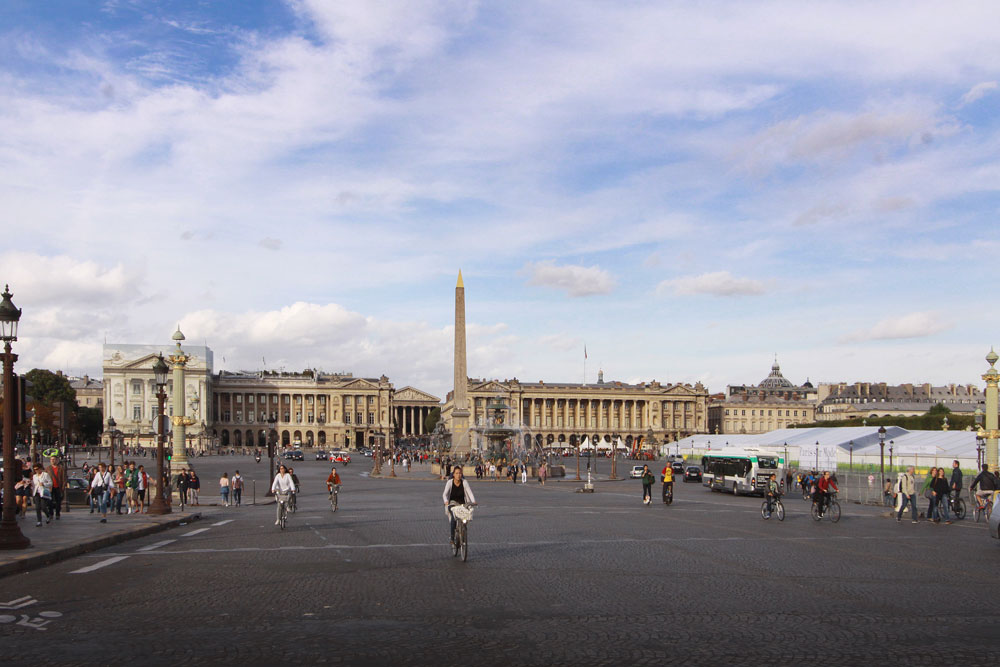 Place de la Concorde with the Luxor Obelisk in the distance

The largest square in Paris, and one where Jefferson spent a great deal of time, is Place de la Concorde (originally created in 1772). It was redesigned in the 1800s, and, compared to earlier squares, now lacks a sense of enclosure. But Place de la Concorde, at the eastern end of the Avenue des Champs-Élysées, still displays grand neoclassical building façades. 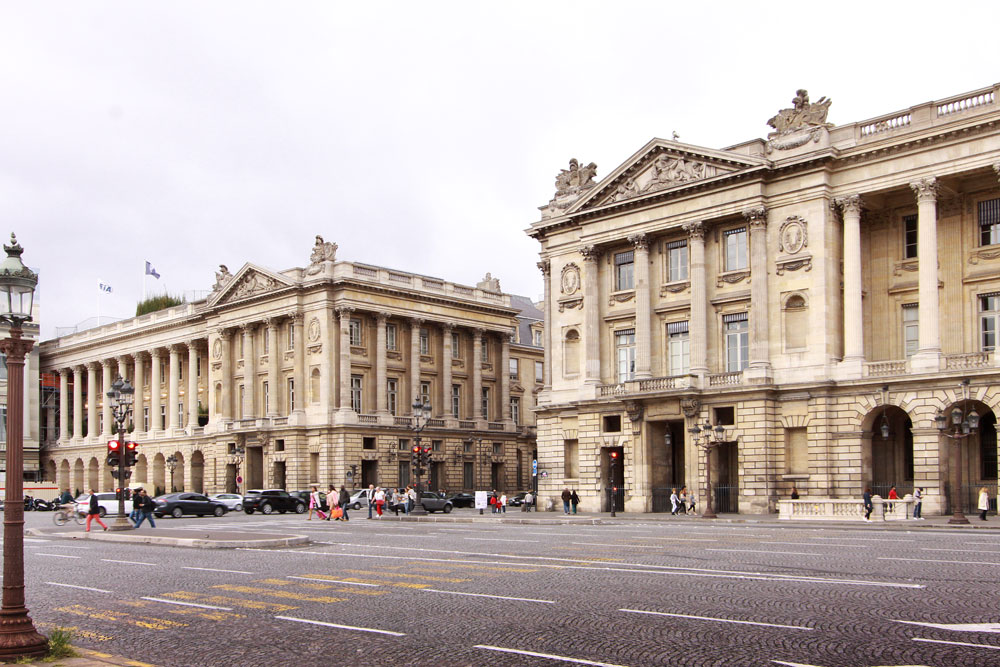 These twin buildings in Place de la Concorde, monumental stone pavilions in the Louis XV style, were favorites of Jefferson and he purchased numerous prints and plans of them for his use in America. 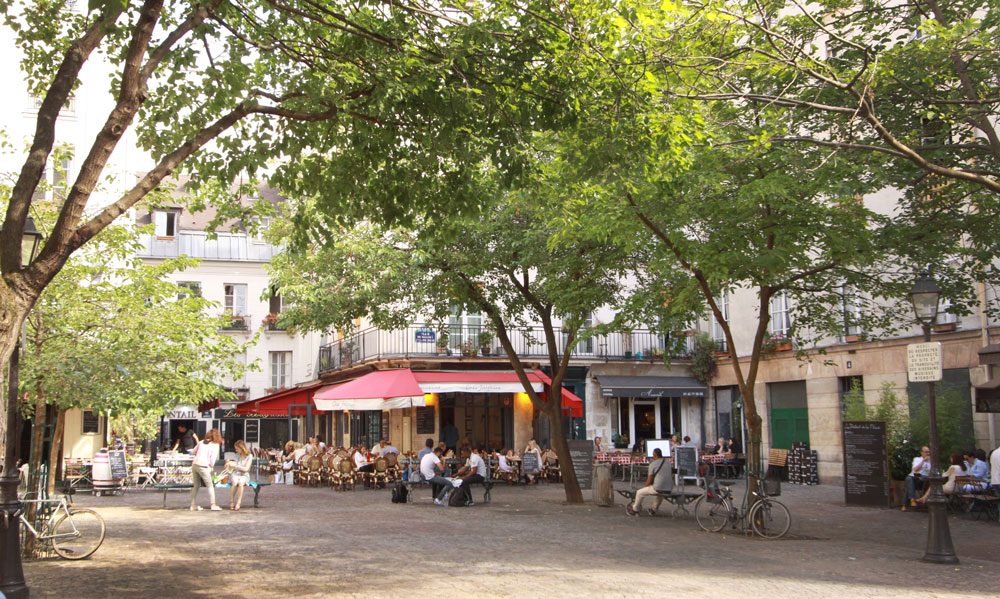 A great example of a smaller Parisian square is Place du Marché-Sainte-Catherine in the Marais district. Measuring just 95 feet by 125 feet, it is a very active, fully paved public “place” (village square) that hosts numerous restaurants.

In the large inner courtyard of Le Palais Royal

Le Palais Royal, a multi-functional building and arcaded square where he spent a great deal of time dining, shopping, and attending shows was another favorite of Jefferson’s. So much so, he suggested something emulating the Palais Royal be built on a square in Richmond, Virginia. Unfortunately, it was never constructed.