This is the second in a seven part series on a precedent tour to Natchez, Mississippi with the Institute of Classical Architecture & Art’s Southeast Chapter. 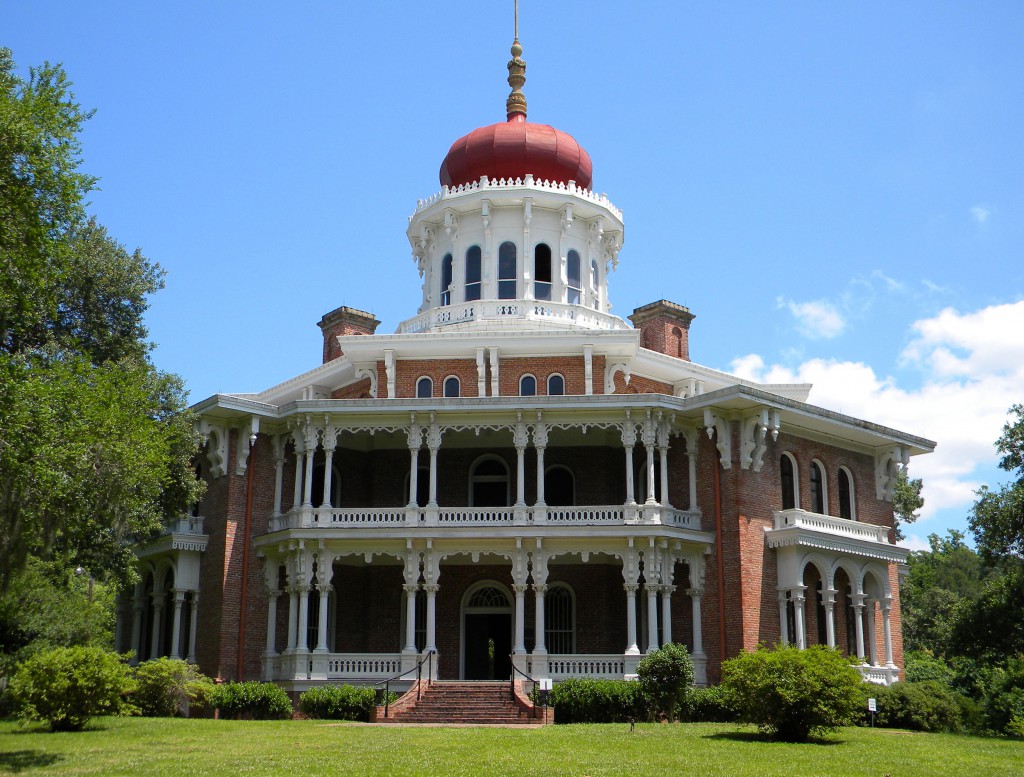 Front façade of Longwood, the “Oriental Villa” in Natchez

The first stop on our tour was Longwood, commissioned by Haller Nutt a member of the Natchez antebellum planter elite. Designed by noted Philadelphia architect Samuel Sloan and designated a National Historic Landmark in 1971, construction on the “Oriental Villa”** began in 1860 but was abruptly halted a year later with the advent of the Civil War. The exterior of the house and the inside of the lowest level were completed but the rest of the home’s interior was left an unfinished masonry shell when the northern craftsmen hired to build Longwood simply left their tools behind and returned home. Many of those tools are on display today. Local labor was hired to finish the basement level and the Nutt family lived in the ground floor of the main house until the 20th century. 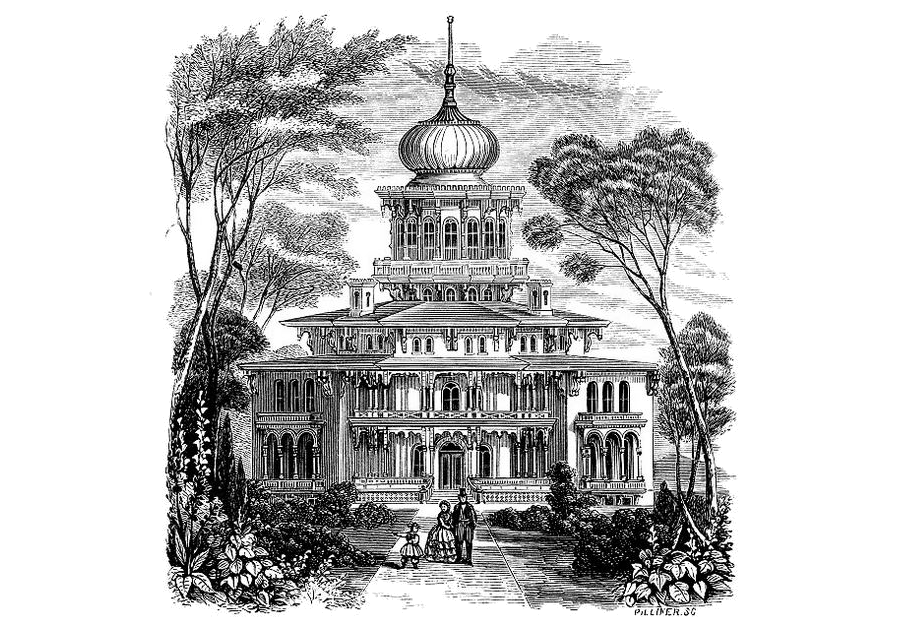 Longwood proved to be unique among the historic sites we visited in Natchez; initially for its form, considered the largest and most elaborate octagonal house in the United States. The outlandish shape (the eight-sided foot-print), gigantic proportions (approximately 30,000 square feet), and eclectic details (such as windows that are 11 feet tall) make it easy to understand why the house eventually became known as “Nutt’s Folly.” Although the design is said to be a blend of Italianate and Moorish elements meant to evoke visions of The Arabian Nights, the end result is truly unlike anything else this ICAA-SE group is aware of. Historical Concepts’ founder, Jim Strickland, characterized it as being both ornate and whimsical; a far cry from the other sites we visited which although grand, were not “overdone” in comparison to Longwood.

A three-story brick dependency known as the “servants’ quarters” is just one of many structures on the 90-acre site.  It is believed to have been built before construction had begun on the main house.  The layout is very simple and straightforward with no apparent architectural connection to the main house. Suzanne Stern, a member of the Historical Concepts “delegation”, observed that even without the original porches it is an extremely handsome building. 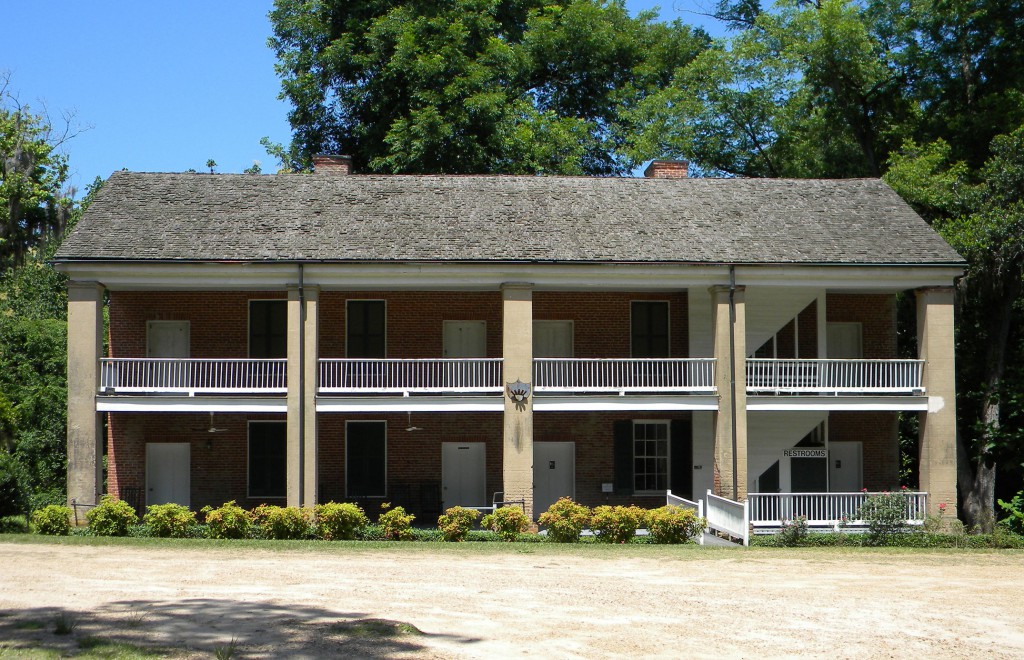 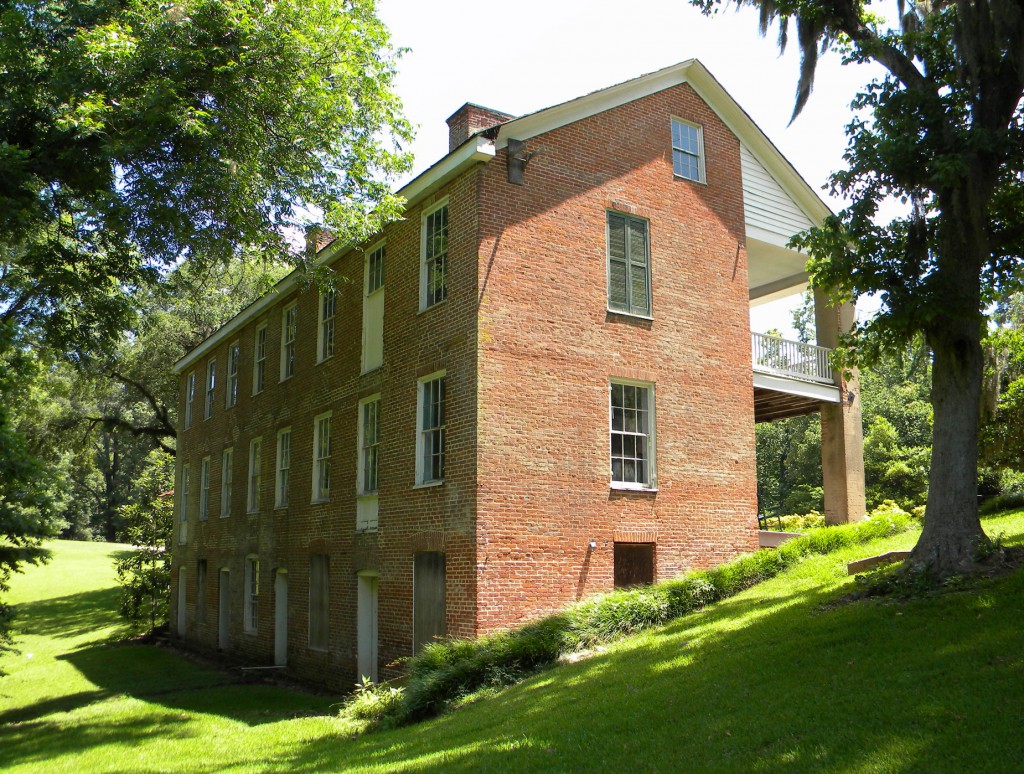 While the bricks used in the construction of the main house were made on site, it is thought the timber used for the front porch columns and all other exterior wood work was shipped to Philadelphia to be hand carved then returned to Natchez to be finished.  Suzanne was particularly impressed with the intricacy of the porch details.  Even more so when she remembered they were made in a time before power tools! 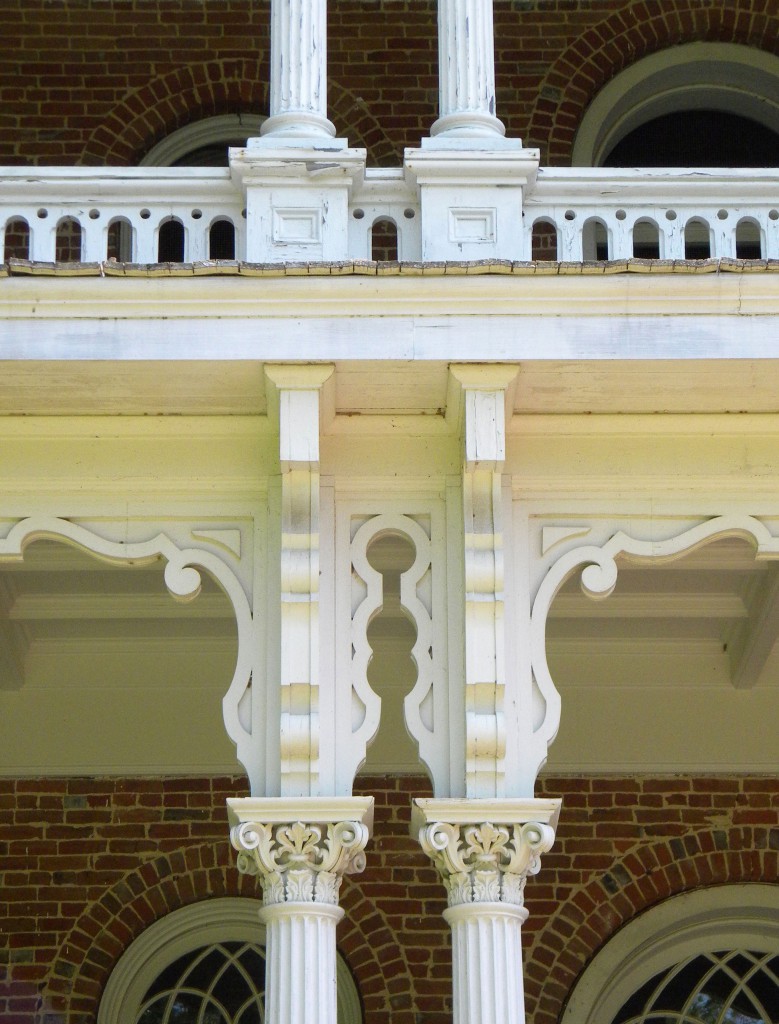 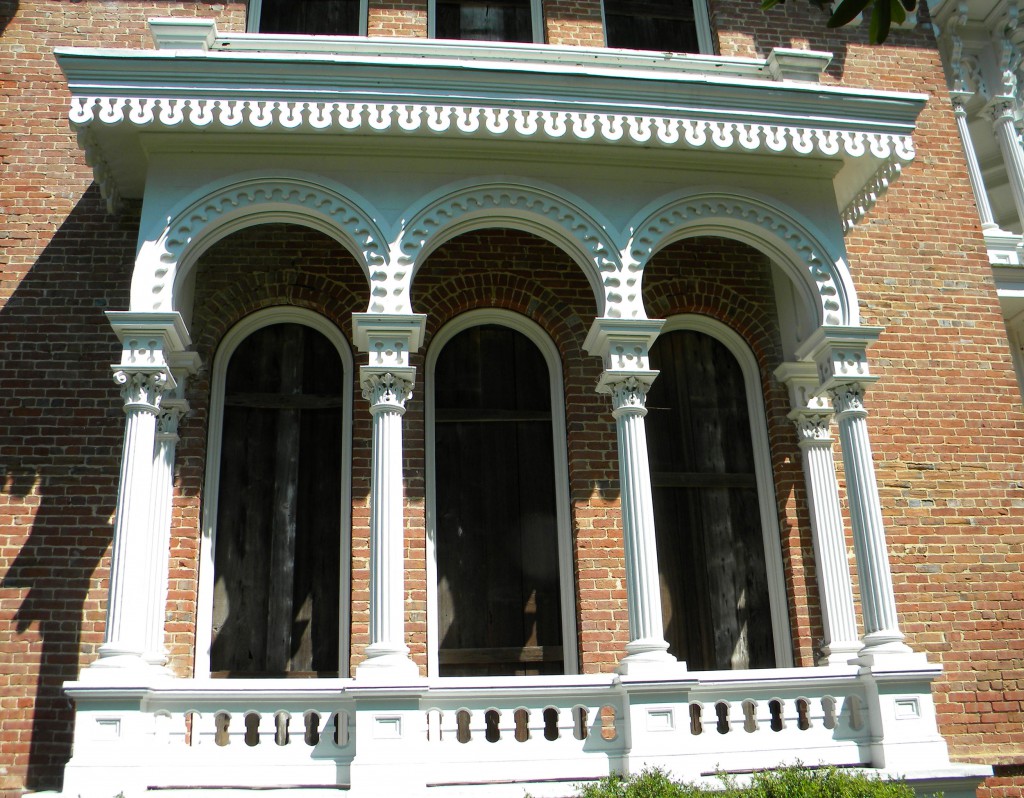 Close up of some of the wood work at Longwood 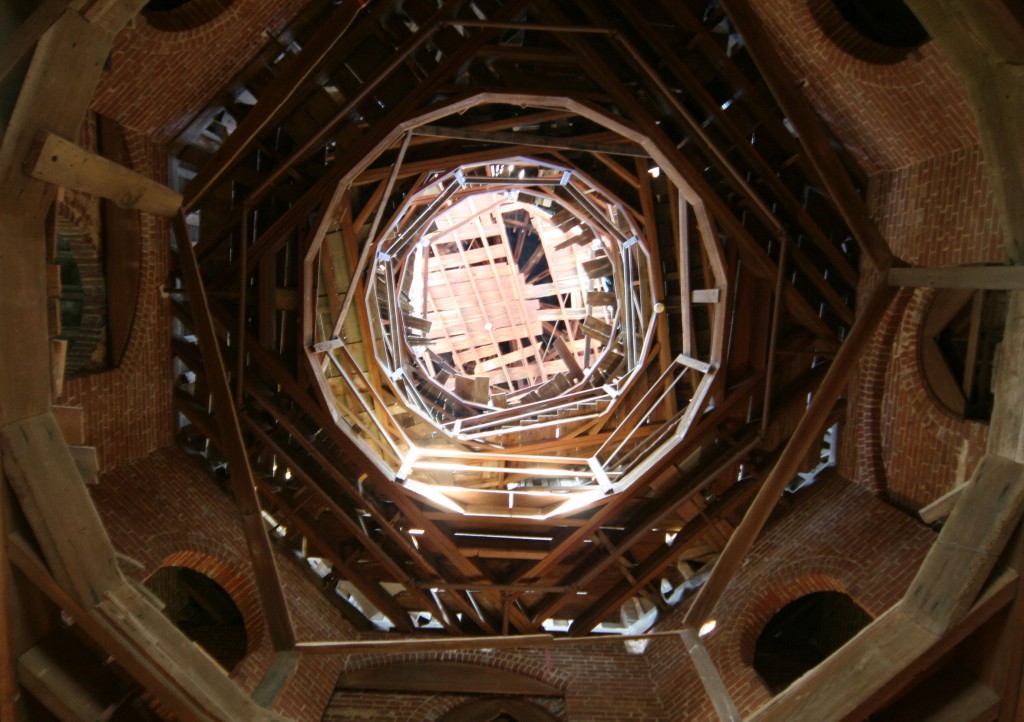 Looking directly up into the Longwood Lantern from six stories below

Ultimately, the pristine state of the interior is perhaps what made Longwood most noteworthy. Because there are no finished floors or plaster partitions the bare skeleton of the pine frame is completely uncovered. The unfinished nature of the interior made Jim particularly happy as it was possible to see remarkable exposed construction details such as the structure of the Lantern, and thus to understand the architectural story of that feature in a way that would not otherwise be possible.

** The design of Longwood appears to have been closely based on an illustration by Slone in his 1861 architectural plan book entitled Homestead Architecture under the name “Design I- Oriental Villa.”