This is the first in a seven part series on a precedent tour to Natchez, Mississippi with the Institute of Classical Architecture & Art’s Southeast Chapter.

The Southeast Chapter of the Institute of Classical Architecture & Art (ICAA-SE) recently sponsored a tour of Natchez, Mississippi, and, given that the area is sometimes referred to as the Antebellum Capital of the World, you can bet that several Historical Concepts team members “volunteered” for this exclusive visit.

Our Jim Strickland, Suzanne Stern and Liza Mueller were the lucky travelers and the trio enthusiastically immersed themselves, taking thousands of photos to capture the area’s historic architecture and heritage. Over the next few weeks, we will share their itinerary and impressions with you. In this first installment, Liza Mueller gives you some background on the trip, how it came about and what made it a once in a lifetime experience. 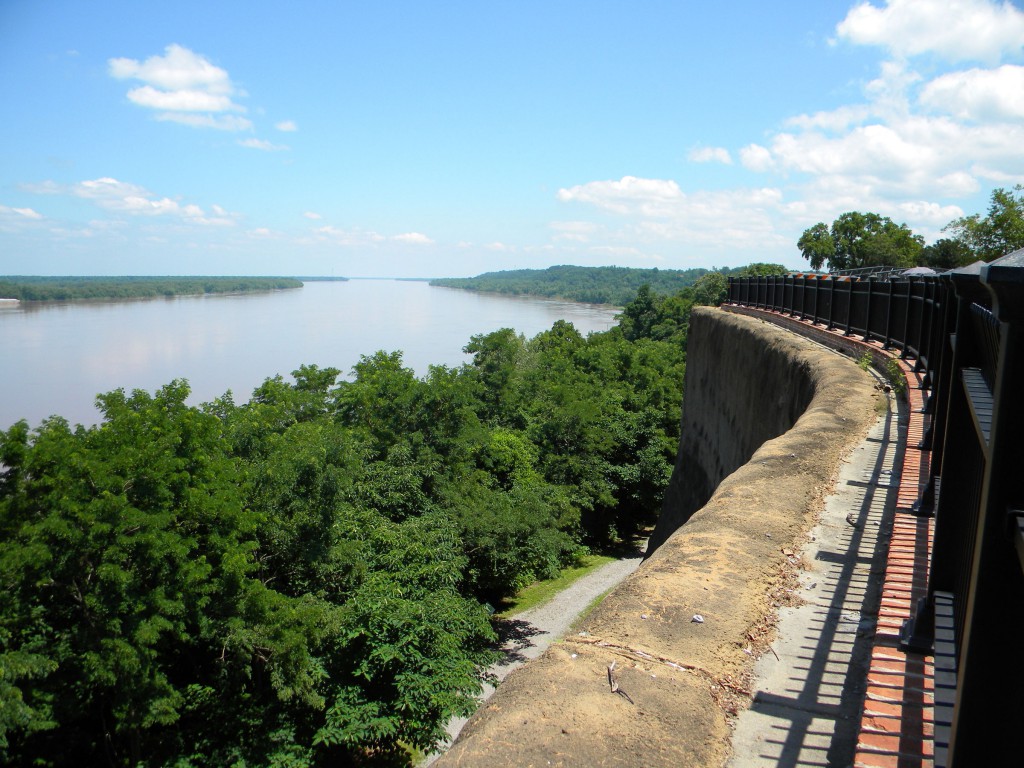 Standing on the Bluff Trail looking north up the Mississippi River

Natchez is located in the southwestern corner of the state, approximately 200 feet above the Mississippi River, 90 miles southwest of Jackson, Mississippi and 85 miles north of Baton Rouge, Louisiana. It is named after the Natchez Indians who were the area’s first inhabitants. The architectural styles and buildings present in Natchez today were heavily influenced, in succession, by the French, British, and Spanish peoples who settled on the bluff overlooking the river as the community grew. Because Natchez remained relatively untouched during “the plight of the South” (aka the Civil War), it boasts well-preserved and architecturally stunning homes, as well as city streets lined with the type of buildings that clearly demonstrate the area’s rich architectural traditions, monuments to the area’s heritage and the individuals who contributed to the community. In addition to a dozen or so structures designated as National Historic Landmarks, over 1,000 are listed on the National Register of Historic Places. 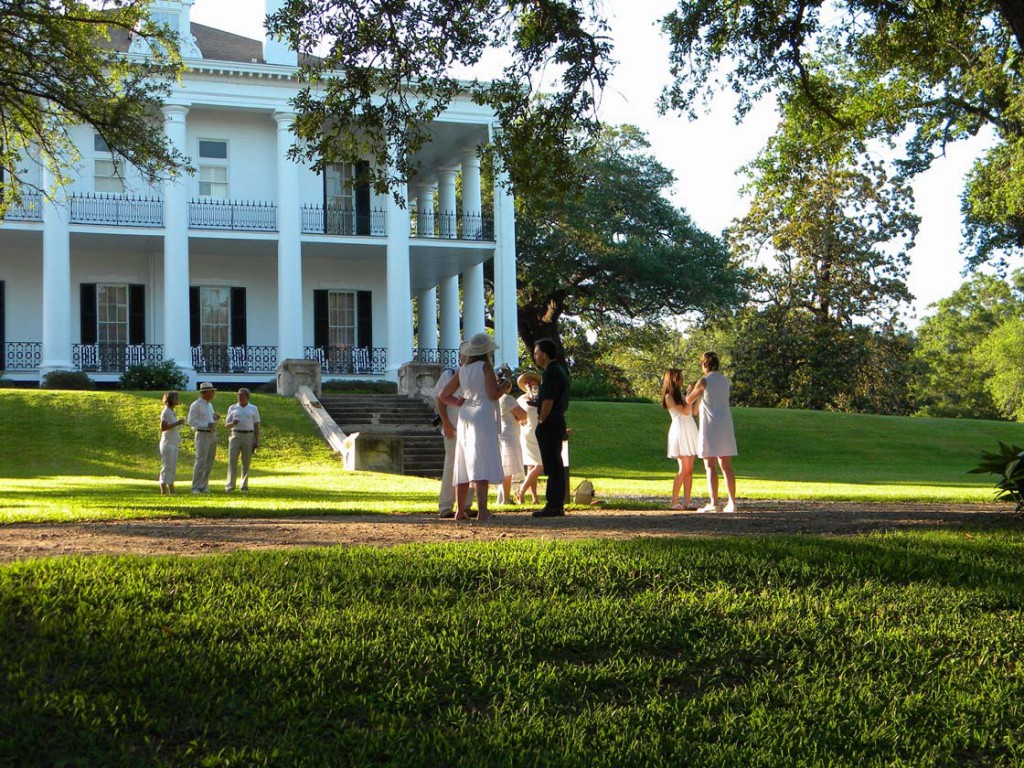 Enjoying the terraces located on the south side of Dunleith

The trip was hosted by Tracy and Kimberly Ward (Tracy is acting Chairman of Mississippi Committee of the ICAA-SE) in collaboration with Judy Talley, Member-at-Large of the Southeast Chapter. The Patron Trip is a 3-day travel program, featuring specialized tours and exclusive lectures designed in support of preservation and classicism, which also serves as an annual fund raising event for the Southeast Chapter. The itinerary included visits to the following historic sites: 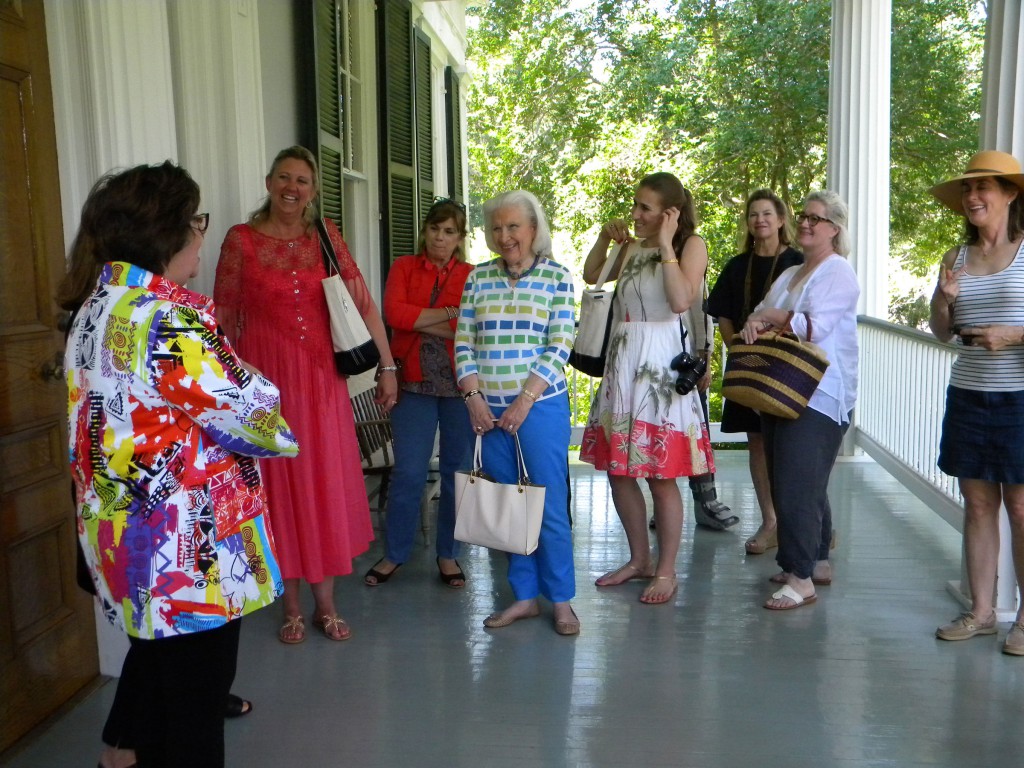 Gathered on the front porch of The Burn

Several distinguished speakers added depth of context to an amazing itinerary, elevating the experience well beyond the typical historic architecture tour. Mary W. (Mimi) Miller, the Executive Director of Historic Natchez Foundation, set the stage with a lecture on the history of “Classical” Natchez. Mimi and her husband Ronald are the authors of The Great Houses of Natchez and The Historic Natchez Foundation’s Guide to the Old Town. Her accomplishments also include a Historic Resource Study on Natchez for the National Park Service. At Longwood and Stanton Hall, which are National Historic Landmark Properties, the ICAA group met Katie Wood Kirchhoff, the Director and Curator of Historic Properties at the Pilgrimage Garden Club. Her professional experience includes work for the Smithsonian American Art Museum and the United States Department of the Interior and her broad research interests include American fine and decorative arts, material culture, and architecture. Both women provided unique insights into the culture, history, and themes that the tour attendees would see during their time in Natchez. 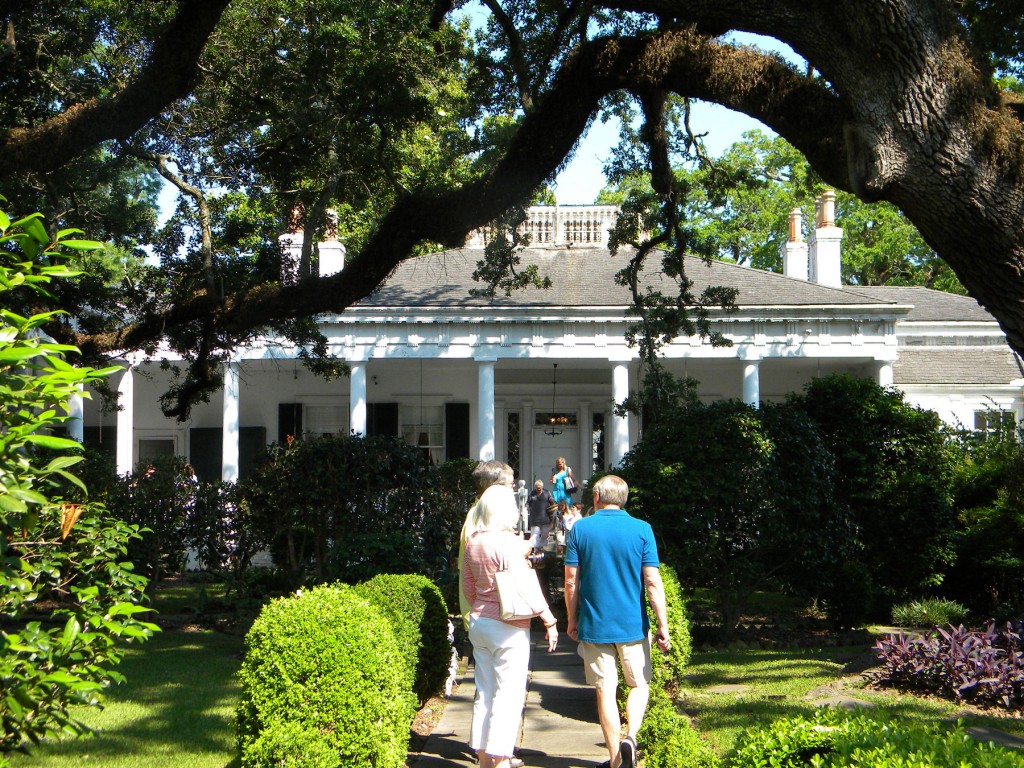 In the next installment, we’ll visit Longwood ca. 1861, an “Oriental Villa,” and perhaps the grandest octagonal house in America.