This is the third in a seven part series on a precedent tour to Natchez, Mississippi with the Institute of Classical Architecture & Art’s Southeast Chapter. 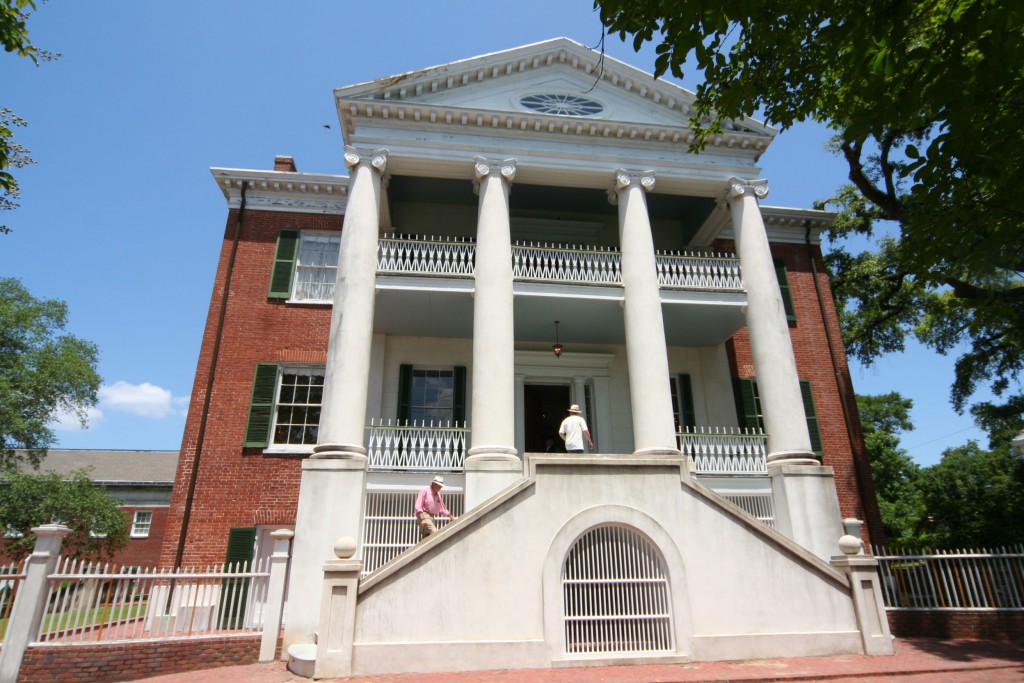 Mr. David Garner and Mr. Lee Glover were kind enough to open their newly renovated, but not quite complete Choctaw Hall** to the ICAA-SE while we were in town. The house will premiere on the fall 2015 Natchez Pilgrimage Tours for the first time. This was a rare and exceptional treat, not just to tour a fine “urban” mansion but also to see a beautiful collection of William IV and Early American Empire furniture, family silver, and signed Jacob Petit Porcelain. David and Lee were most gracious and entertaining hosts.

View of oval window and radiating tracery in tympanum

Choctaw Hall was originally known as the Neibert mansion and attributed to Joseph Neibert, a real estate speculator and developer, and his partner Peter Gemmell. These gentlemen were responsible for building many of the houses in Natchez during the 1830s. Sadly, they were ruined in the financial Panic of 1837 and died within a few weeks of one another during a yellow fever epidemic the next fall. 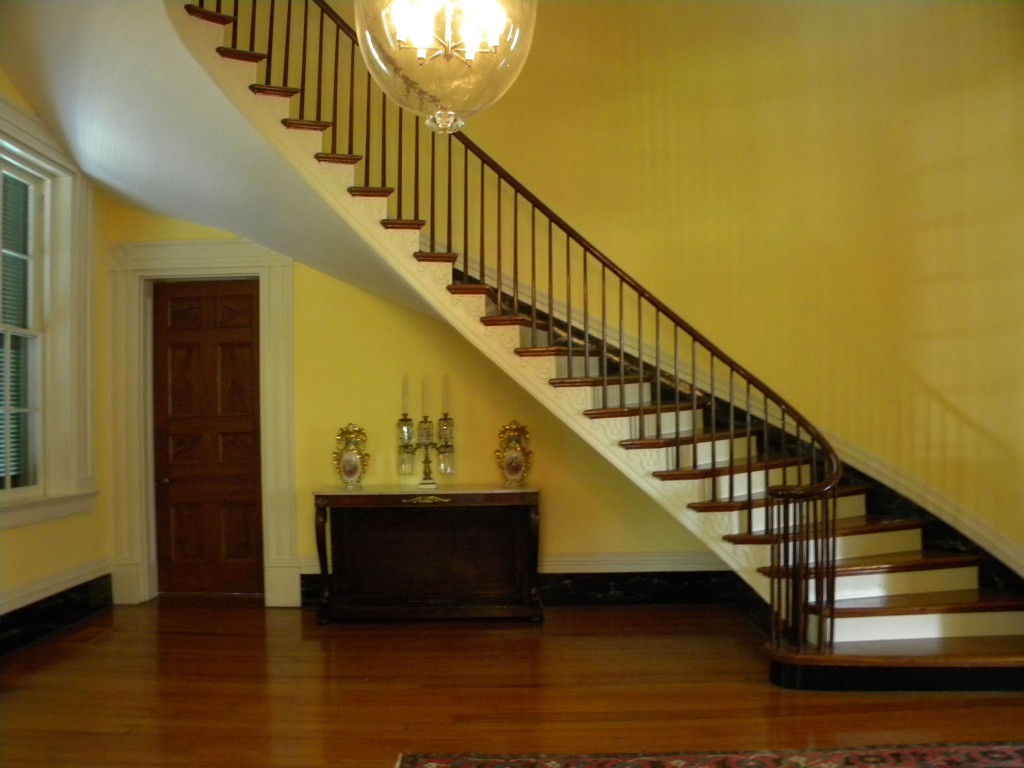 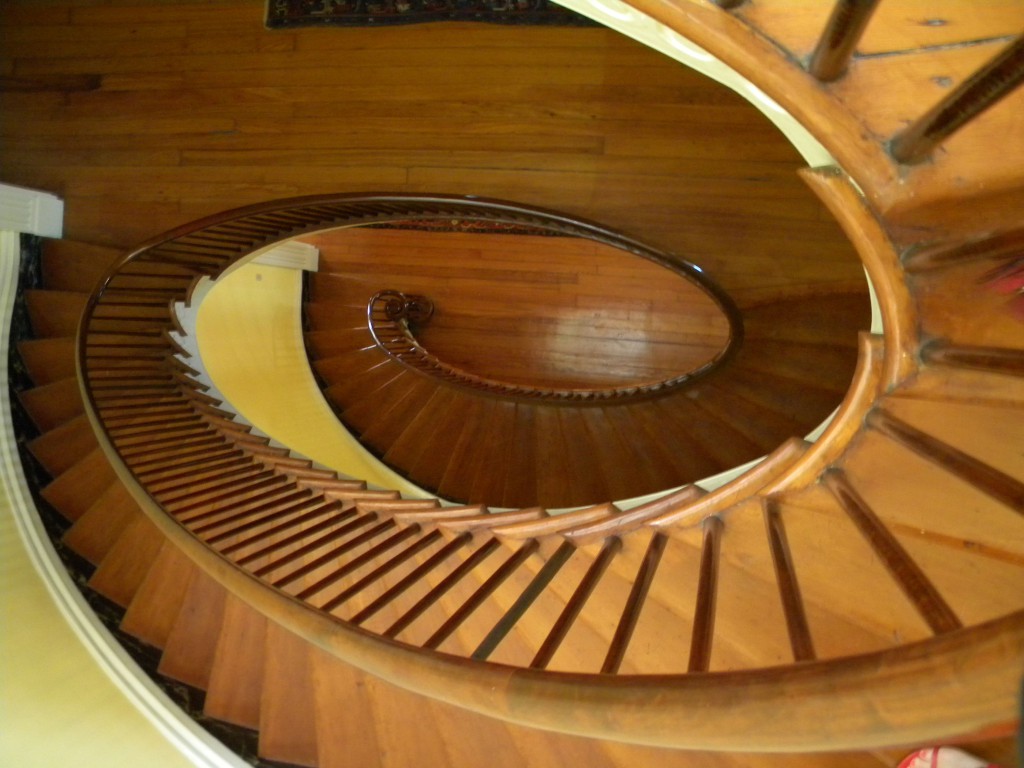 An elliptical stair with delicate stringer, simple oval rail, and gently tapered and rounded balusters rises in a cantilevered spiral from the rear stair hall

Like other mansions in Natchez, Choctaw Hall was inspired by Rosalie, located in the Natchez On-Top-of-the-Hill Historic District, which the Historical Concepts contingent – Jim, Suzanne, and Liza – visited independent of the ICAA-SE tour group. Rosalie’s influence can be seen in the two-story portico with prominent white columns, hip-roof, front-facing triangular pediment, and full-width rear porch. However, Choctaw Hall is the only mansion style Natchez house built out to the street. 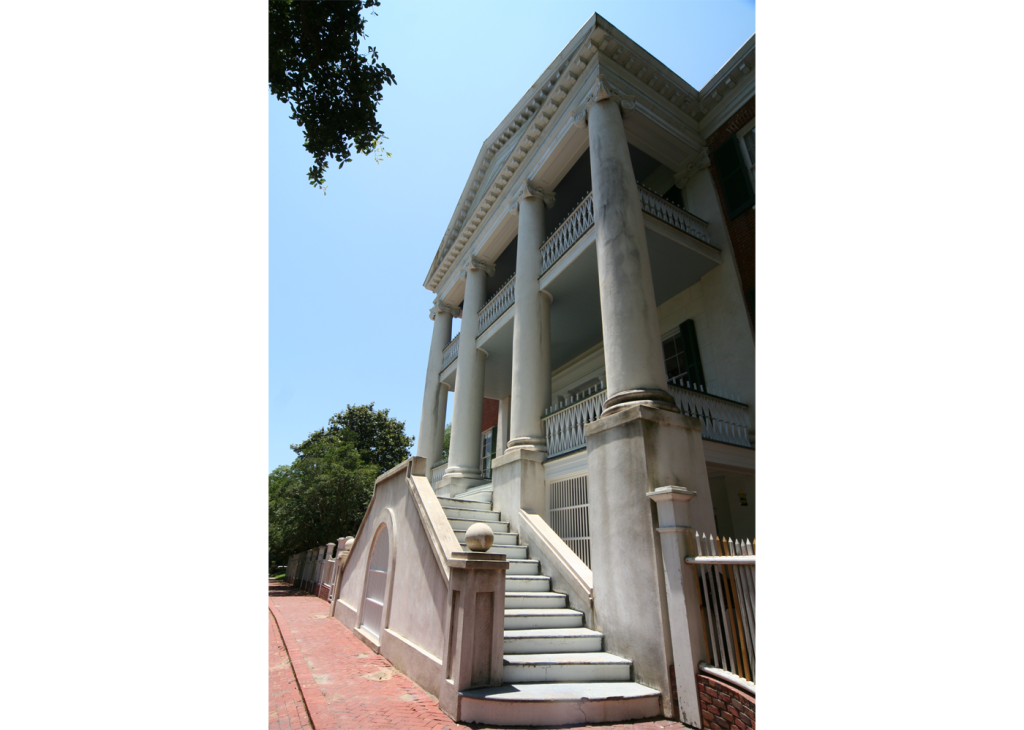 The entablature runs around all four sides of the home

The monumental scale of the front portico is enhanced by the fully above-ground basement upon which it is set.  Impressive twin stairs placed behind a solid balustrade lead from the sidewalk to the entrance portico, which is supported by giant-order Roman Ionic columns raised high on pedestals. The elevated corner lot on which the house sits serves to emphasize the verticality of the imposing portico. 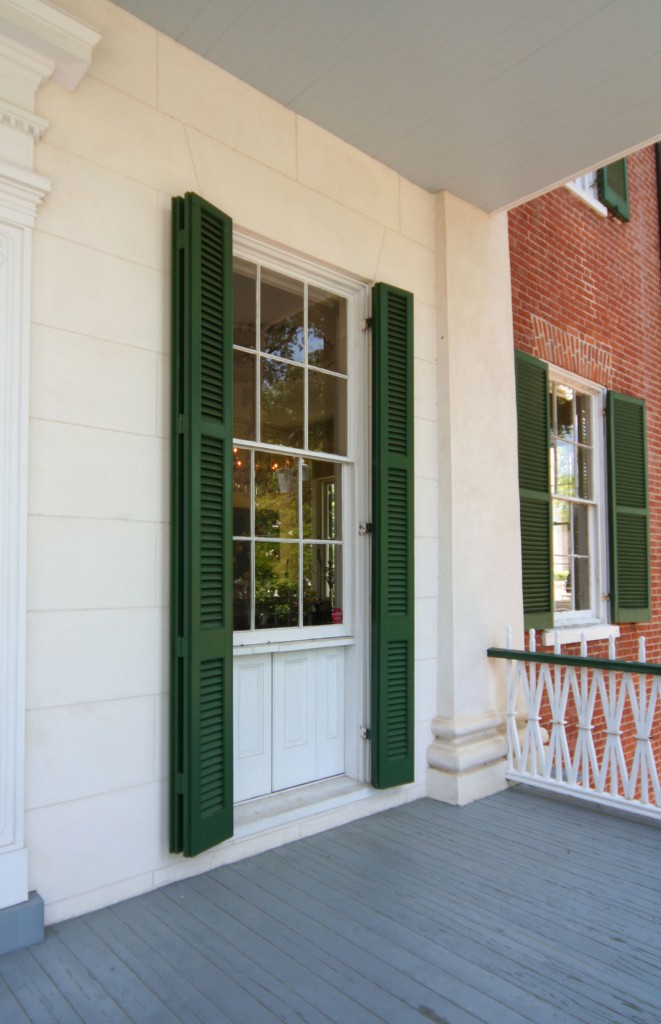 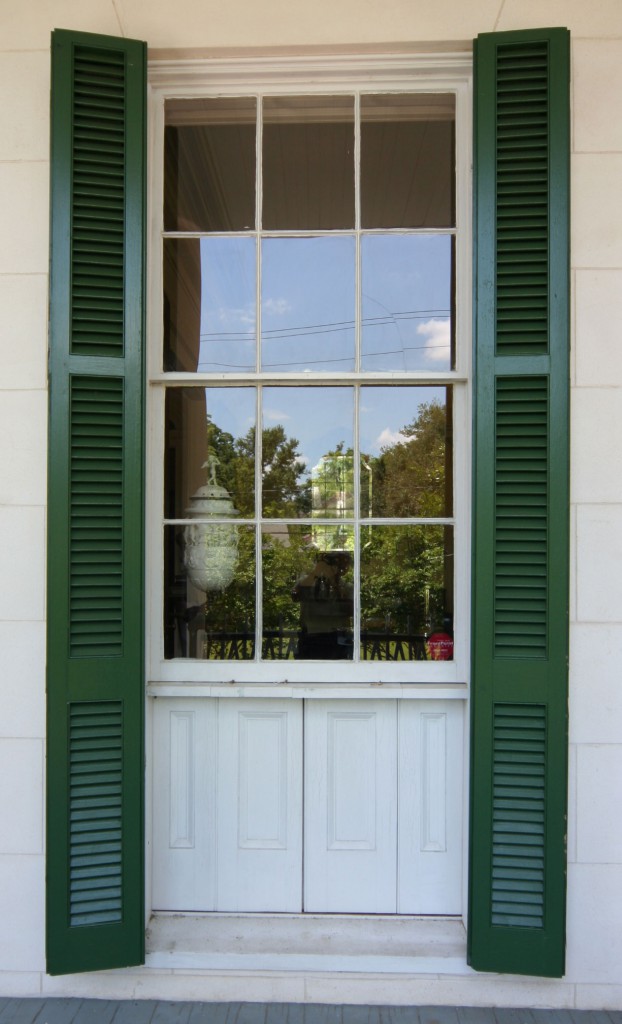 While Choctaw Hall represents Neibert’s desire to venture into the new Greek-Revival style, there is also some evidence to be found here of his unwillingness to leave the Federal style completely behind.   True to Natchez fashion of the period, the portion of the front façade sheltered by the portico is stuccoed and scored to appear like stone, but the oval window in the tympanum with radiating tracery is a Federal motif. In another instance, the exterior of the front door is flanked by free-standing Doric columns carrying a simple entablature, while inside a delicate and graceful cantilevered spiral staircase in the late Federal style occupies the rear of the central hall. Although the details of the interior are predominately Grecian, the massing of this brick house is Federal and the giant Roman orders on the exterior are a very Jeffersonian reference. So perhaps Choctaw Hall would best be characterized as Natchez Neo-Classical; a significant regional style, first seen in Natchez during the second half of the nineteenth century.

** Choctaw Hall is also known as the Neibert-Fisk House on the National Register of Historic Places.