This is the fourth in a seven part series on a precedent tour to Natchez, Mississippi with the Institute of Classical Architecture & Art’s Southeast Chapter.

If you’ve been following this series, you know that last week we took you to Choctaw Hall**. It is such a remarkable home that we want to devote a bit more time to explore some of its more obscure and distinctive details and direct your attention to a number of elements which might be overlooked by the usual coverage in tourist publications. 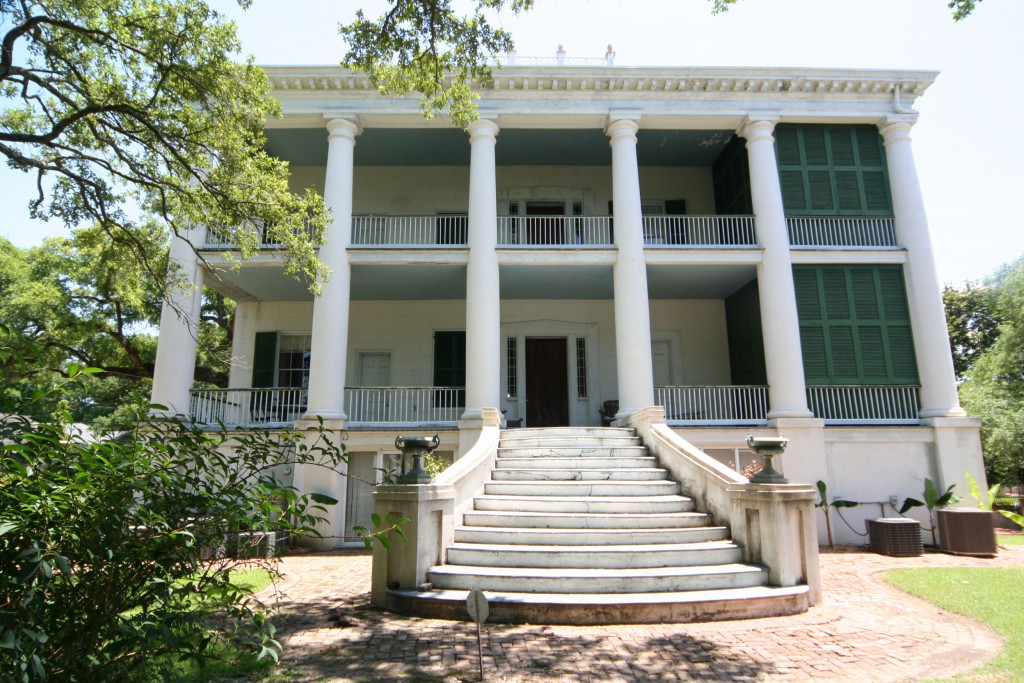 While our previous post shared images of the front façade of Choctaw Hall**, it should be acknowledged that the rear of the house is very impressive on its own. It features a flared center stair leading to the main level of a five-bay, double gallery porch that runs across the entire width of the house. Here, simple Tuscan columns are a contrast to the Ionic columns on the front of the house and the railing is made up of simple square balusters.

There are other details on the exterior of Choctaw Hall worth observing. The front façade showcases a handsome example of wheat-sheaf motif balustrade. The exact same design on both levels was noteworthy, because in many cases you’ll see a more delicate version on the upper level. 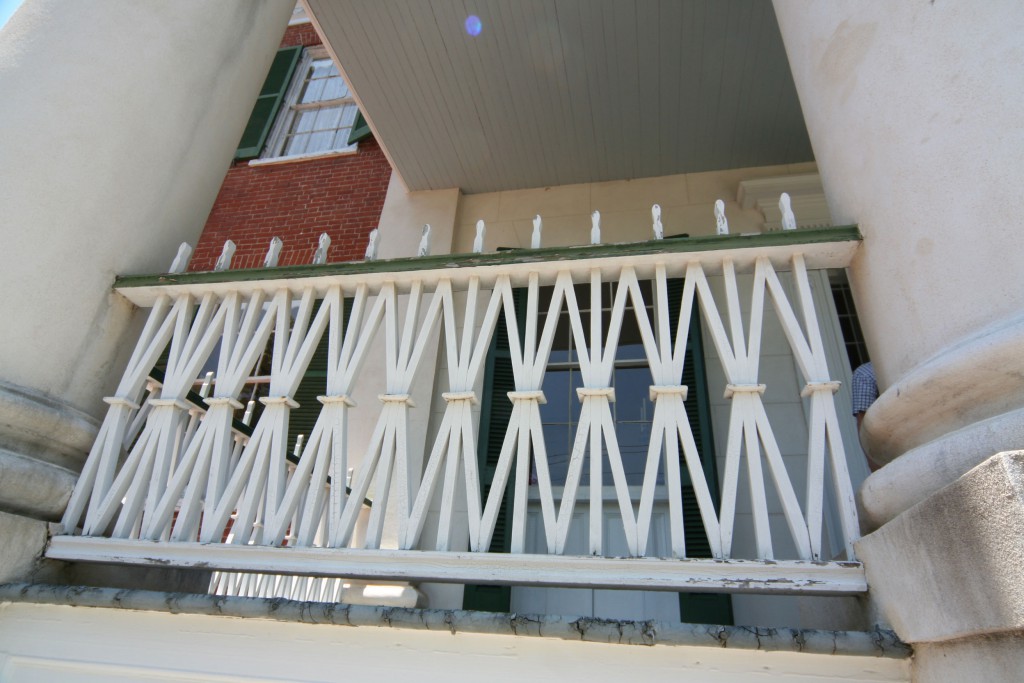 As at the front of Choctaw Hall, the exterior walls under the rear porch are stuccoed and scored to represent stone. The smaller door onto the porch has an unusual, but pleasing, eight panel design. The in-swinging door and thickness of the wall allows the door jamb to have delightful panels rather than the flat profile one might expect to see on the exterior. The unique treatment of the base at the porch floor as it terminates on either side of the door should also be appreciated. It’s obvious a lot of thought and care went into it. 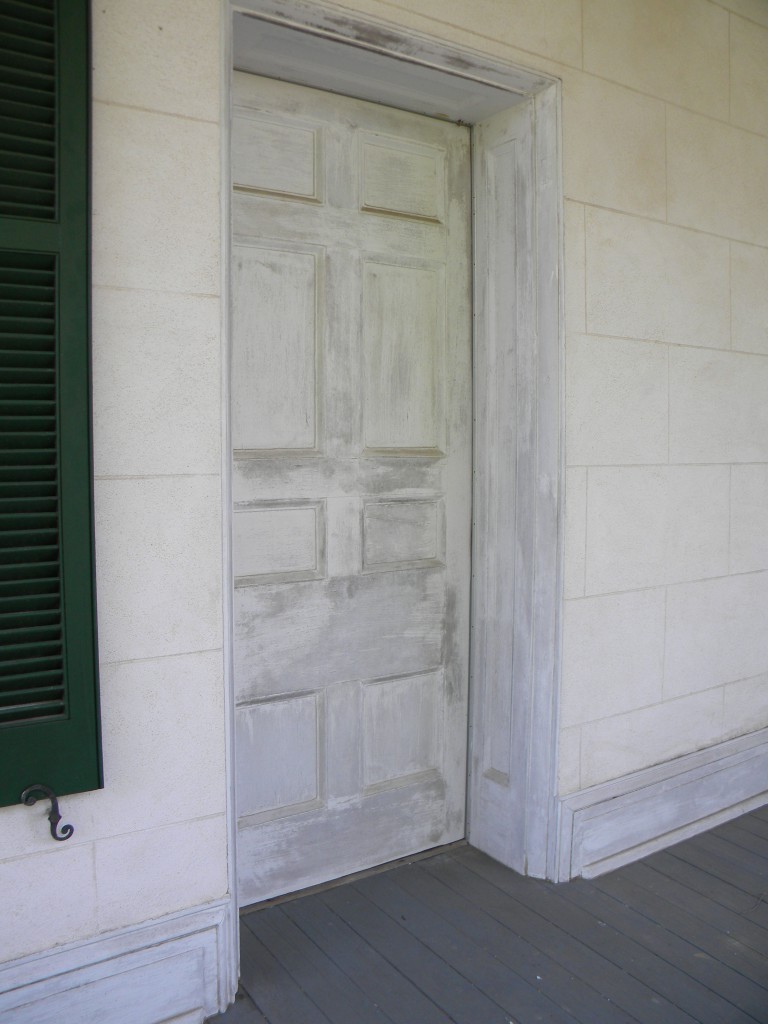 Lastly, it was a pleasure to see the louvered enclosures of the upper and lower bays at the southwest end of the porch. Though the louvers enclose finished spaces here, it’s easy to imagine them as sleeping porches. This is just the type of example Historical Concepts uses as precedent when designing new houses.

**Choctaw Hall is also known as the Neibert-Fisk House on the National Register of Historic Places.