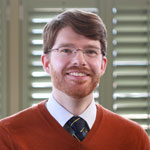 Recently transplanted to New York City, Paul explored his surroundings through the lens of his newly-acquired Hasselblad camera.

I did it: I moved to New York City. Some had questioned the timing of the decision given the on-going pandemic situation, but other life factors made it seem to be at least a moderately good idea. So here I am. It’s been almost two months which has allowed me to do a little settling and a little exploring. Following, I share a bit of the exploration part.

Our neighborhood is in Brooklyn. While occupied by the Dutch shortly after their purchase of Manhattan from the Native Americans in the 1600s, Cobble Hill was largely developed in the mid-to-late-1800s along with the rest of New York. The development pattern is formulaic—rectangular blocks approximately 200 ft. x 500 ft., main commercial streets lined with small storefronts, and residential streets with three-story brownstones of similar fenestration but differing materials; the result makes for a beautiful consistency (like that found in London or Paris) and the most walkable urbanism I have ever lived in.

The level of efficiency and convenience here cannot be overstated. Need an extension cord? That’s one block away. Thai food? Across the street. Pet daycare? Well, that’s a three-block hike. Coming from Atlanta, where a majority of life’s destinations are a car ride away, it is liberating to have everything (literally) right outside my door (literally). This is made possible by the number of people that live here, who support the shops and monitor the streets and parks. It’s not an overwhelming population density, either. It’s just enough people to feel lively and safe, but not so much to make you feel smothered. In Brooklyn overall, there are 59 people per acre; this is half the density of Manhattan (111 people per acre), but over 10 times that of Atlanta (with only 5.8 people per acre). Population density, like physics, is one of the “fundamental forces” that shapes cities. Think of each person as having a certain amount of gravity: the more people, the higher the attractive force. That said, too much density risks an implosion of unsanitary crowding (like that seen in the tenement housing projects of early Industrial New York of the 1800s). Too little, however, leaves little attractive force risking a continuous expansion further out away from the city center itself (like we see in Atlanta). 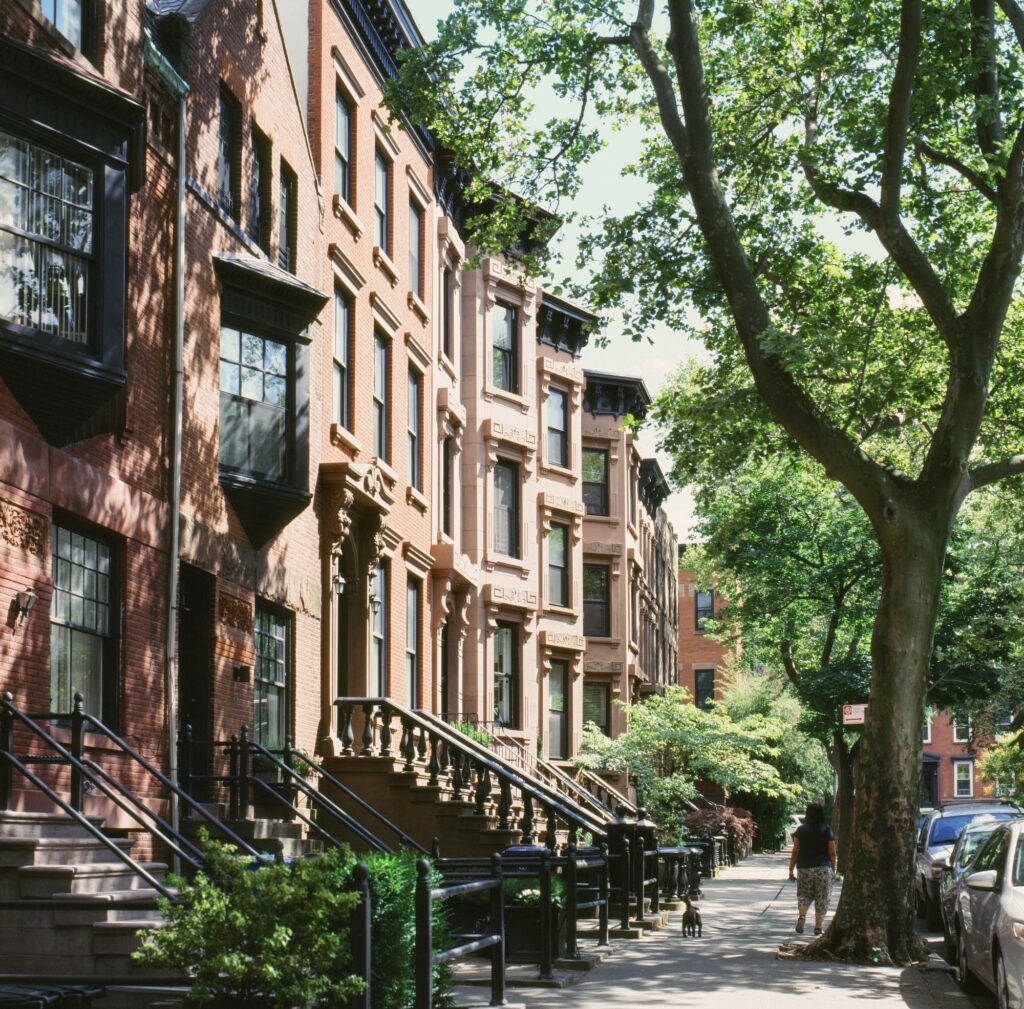 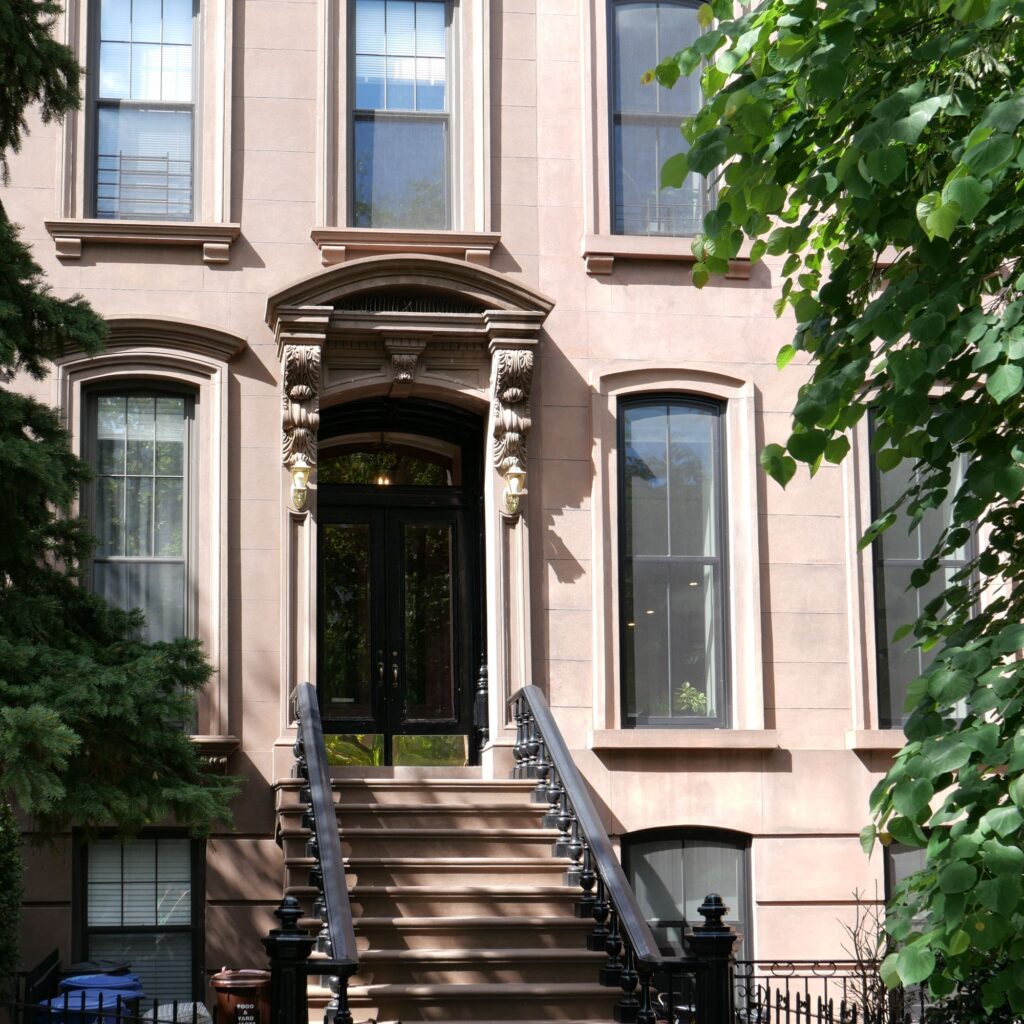 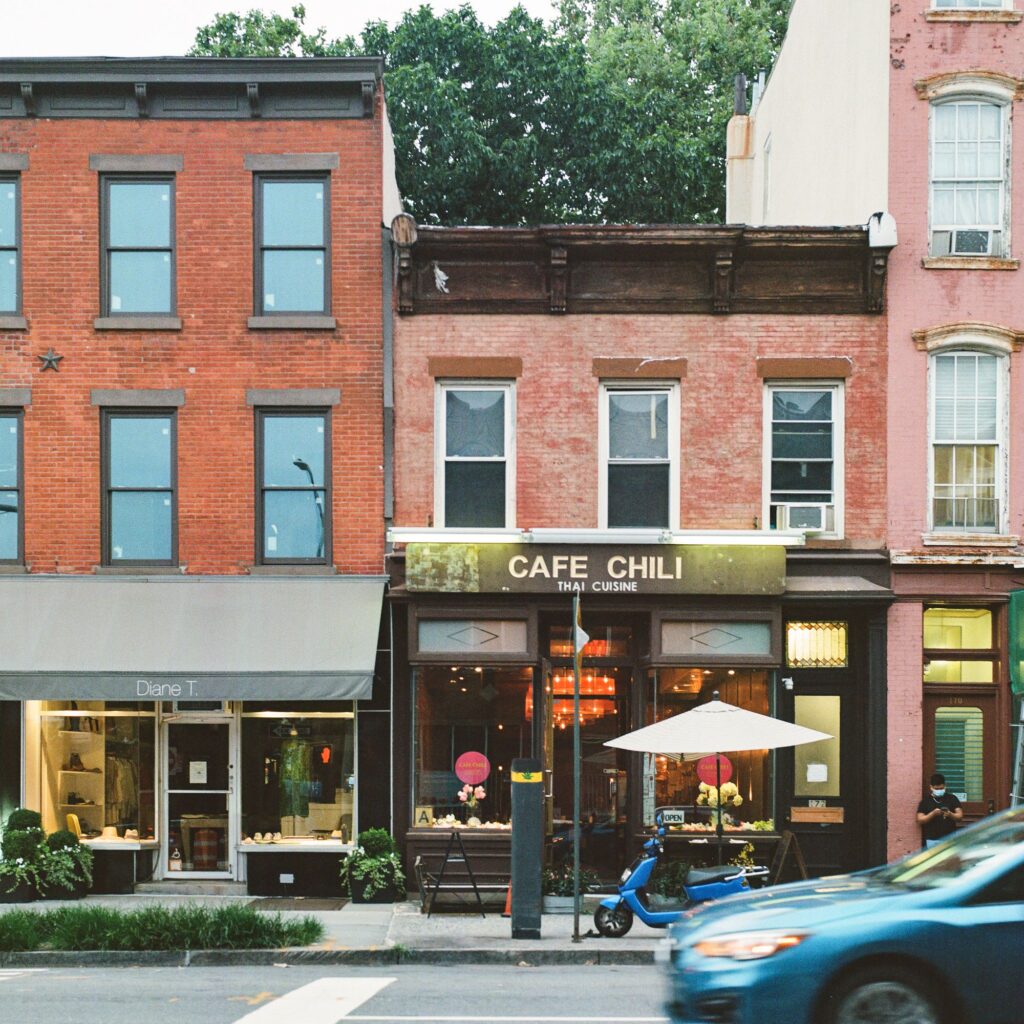 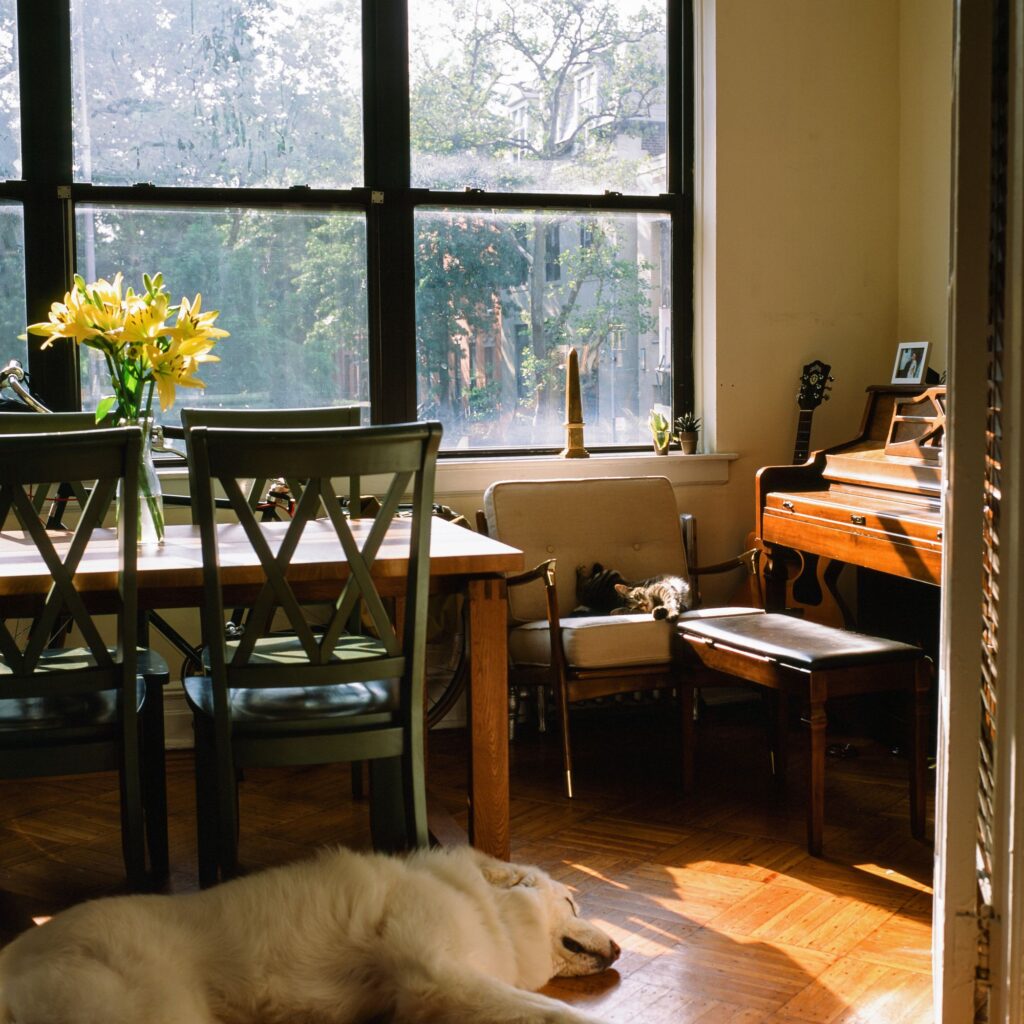 Our humble Brooklyn abode (our pets love it)

Looking out a window from the Museum of Modern Art, my friend marveled at New York City’s classical rooftops. 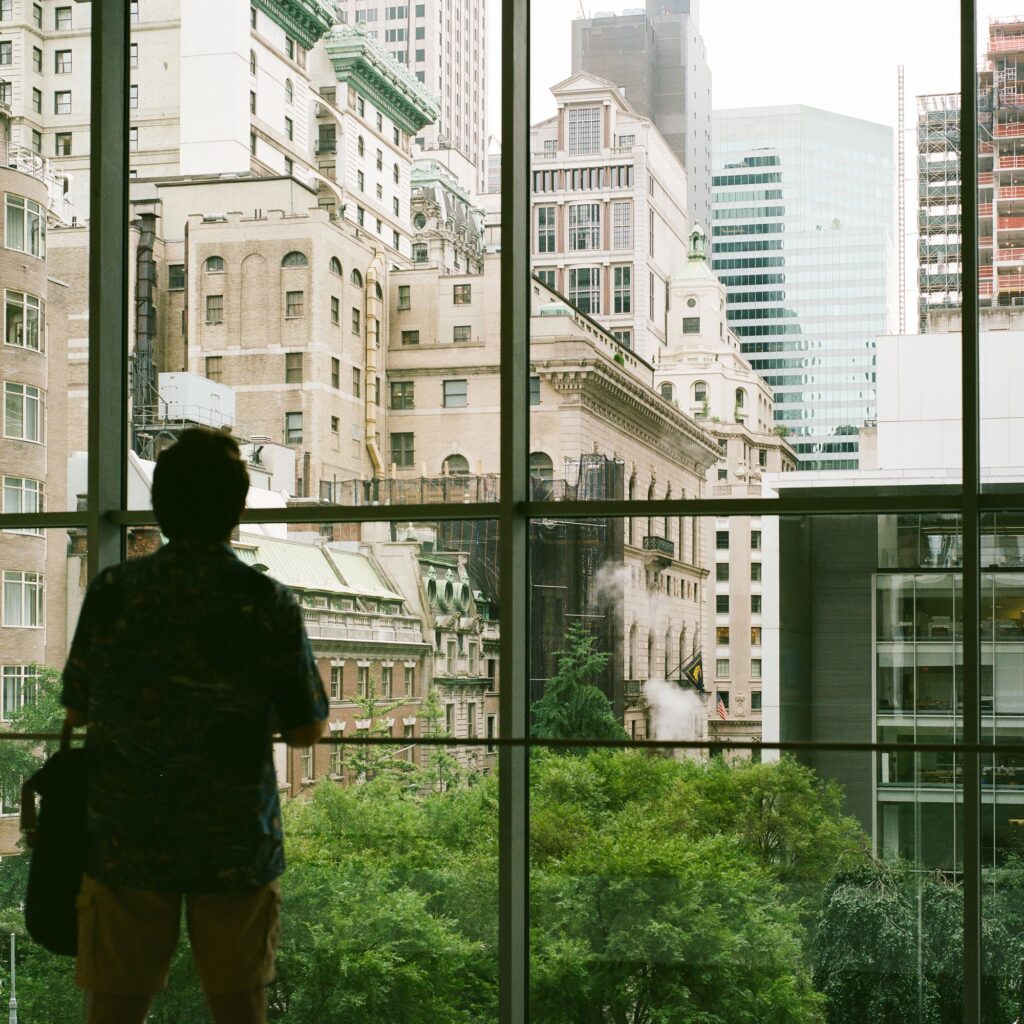 I don’t agree with Le Corbusier when he called houses simply “machines for living in.” Machines for driving in, however, yes, please! 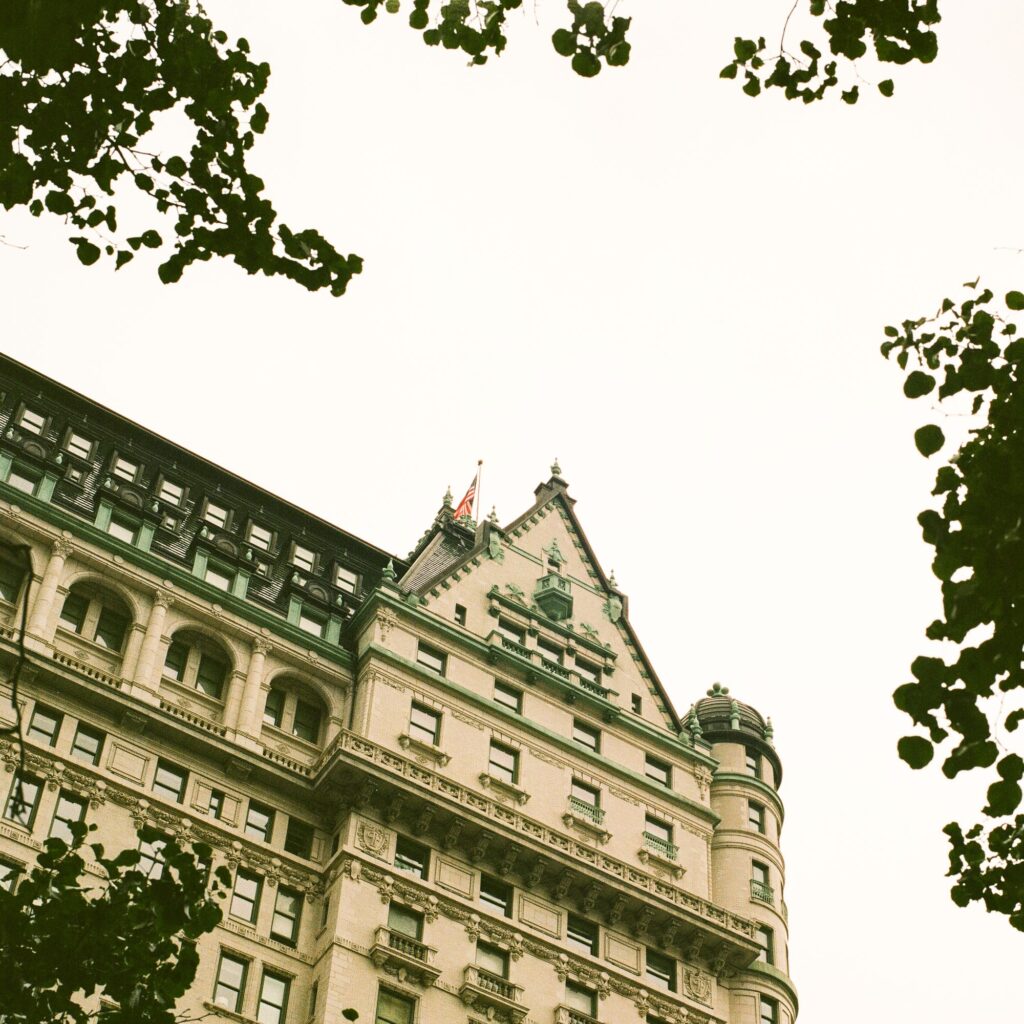 Below, the Sherry-Netherland sits across from The Plaza; to the right, a new Robert A.M. Stern-designed building pops up in the background.

My girlfriend’s father keeps his boat docked here so during the summer we make the trip from Brooklyn often. 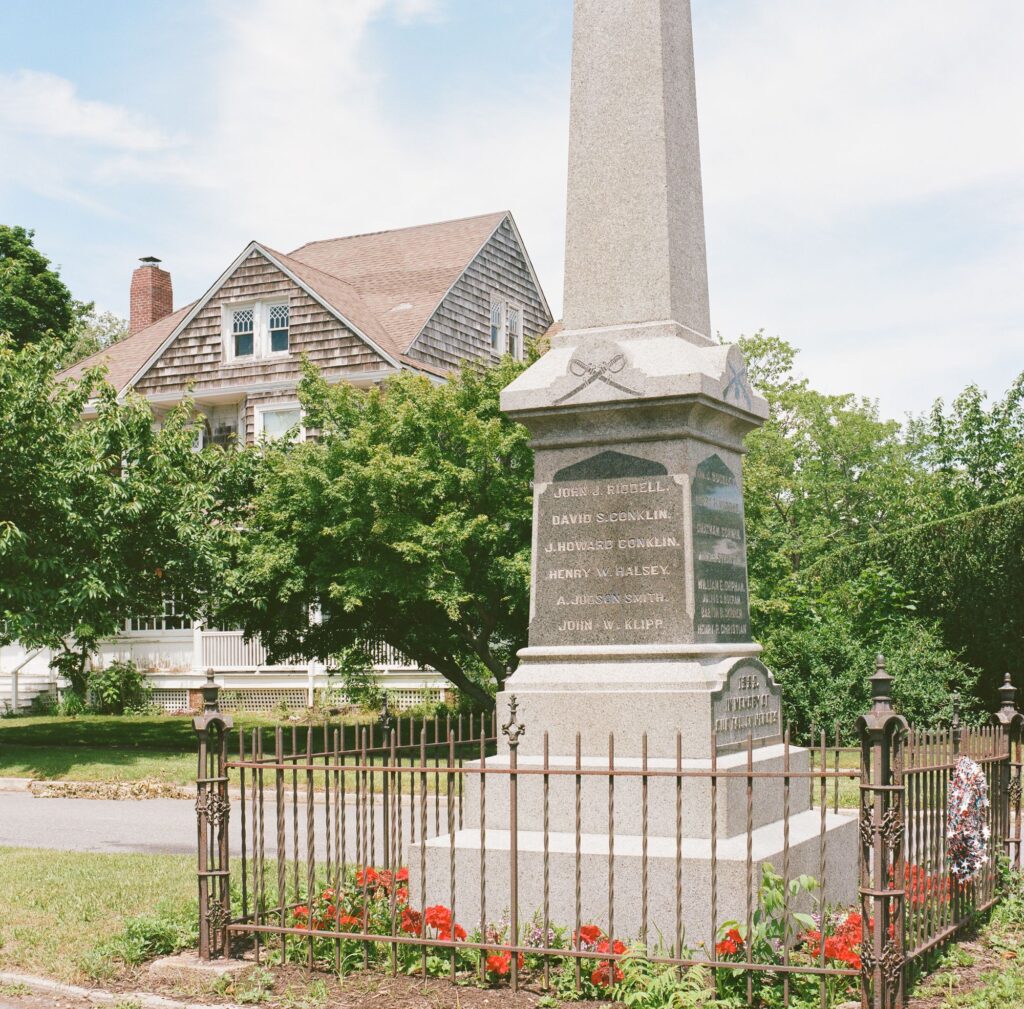 A lot of people choose to live in New York because it has so much to offer, and New York offers so much because a lot of people live here. I’m now one of them. We’ll see how my relationship with the city evolves with my time here.

All photos have been taken with my new-old Hasselblad 500cm medium-format film camera. I’ve heard many photographers say the best way to learn about photography is to start from the beginning with film and manual control; it forces you to account for every variable (time, light, focus, frame, and value). So far, so good. 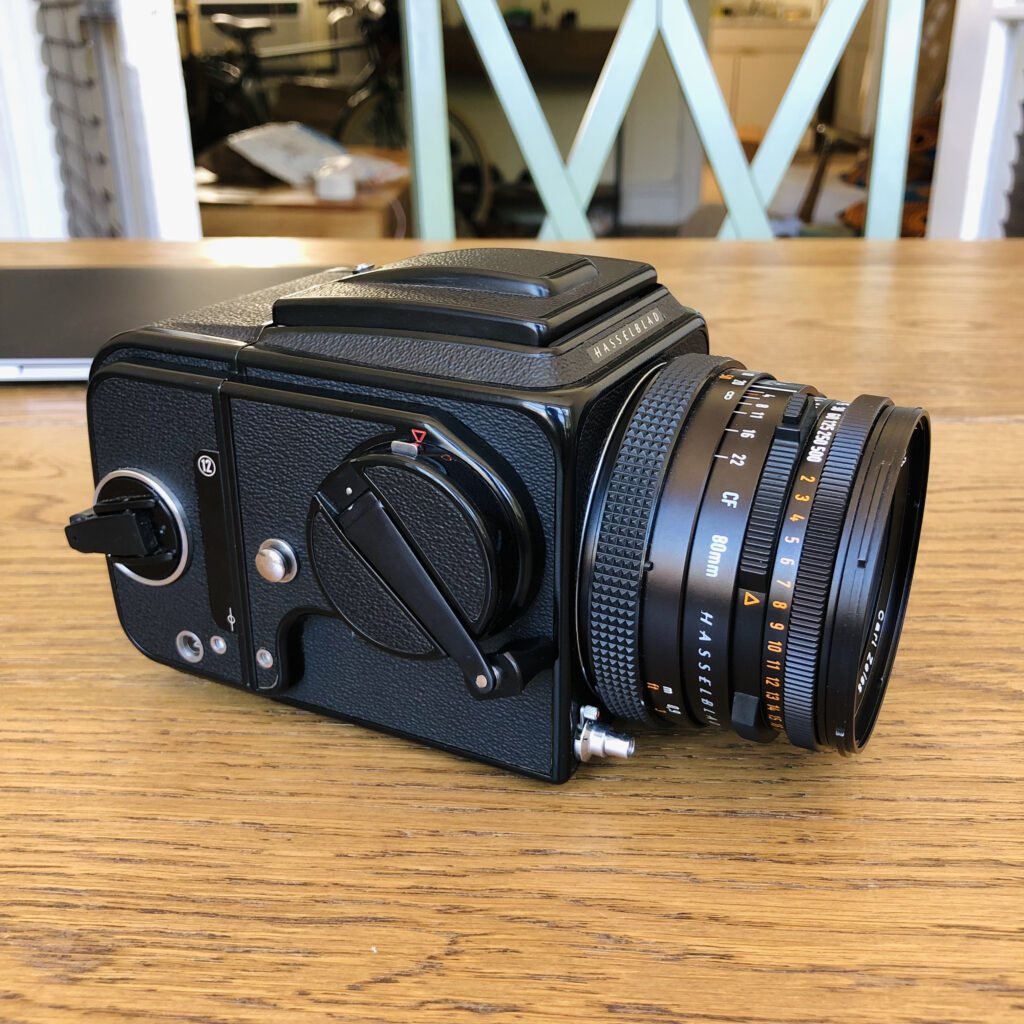 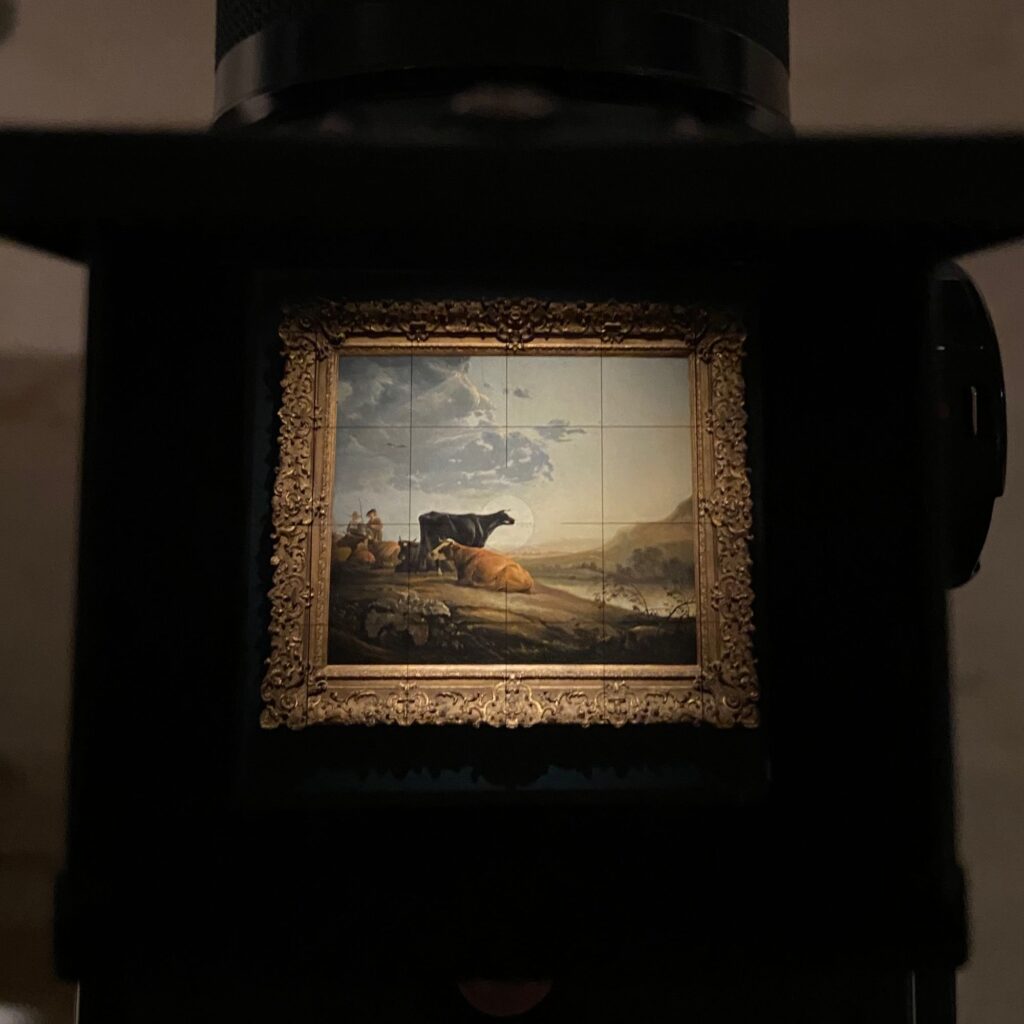 Experimenting with the Hasselblad

I’ve been experimenting with the Hasselblad, using it to exaggerate perspective in paintings. By positioning the camera below and lateral from the vanishing point, the lens’s depth of field can push the foreground and background to give depth to an otherwise flat, focused image. This technique can be simulated in Photoshop, but here, it’s all light and lenses. 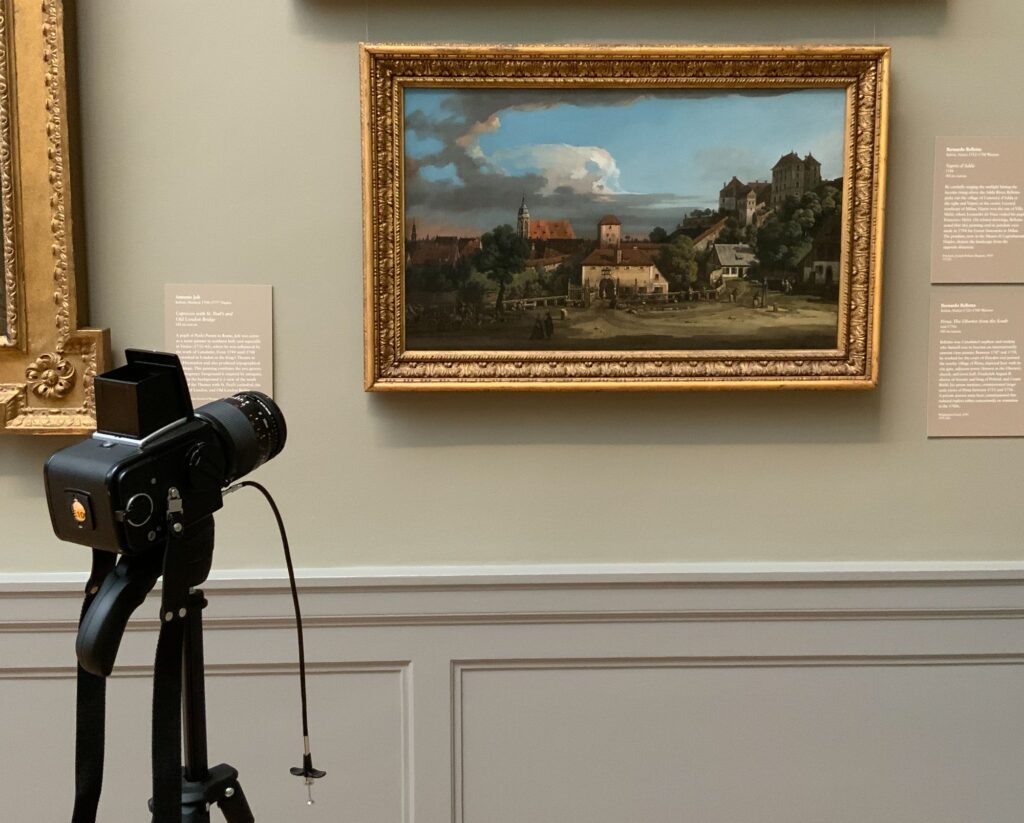 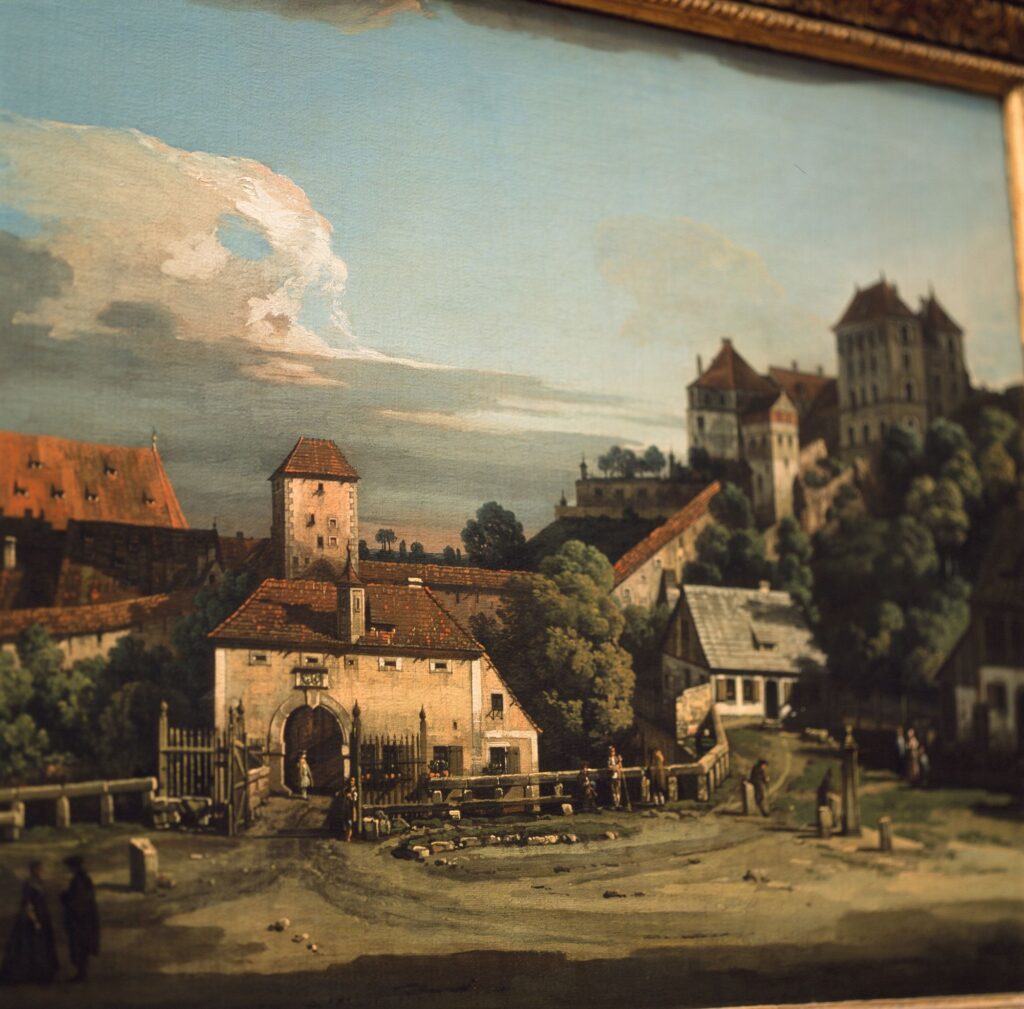 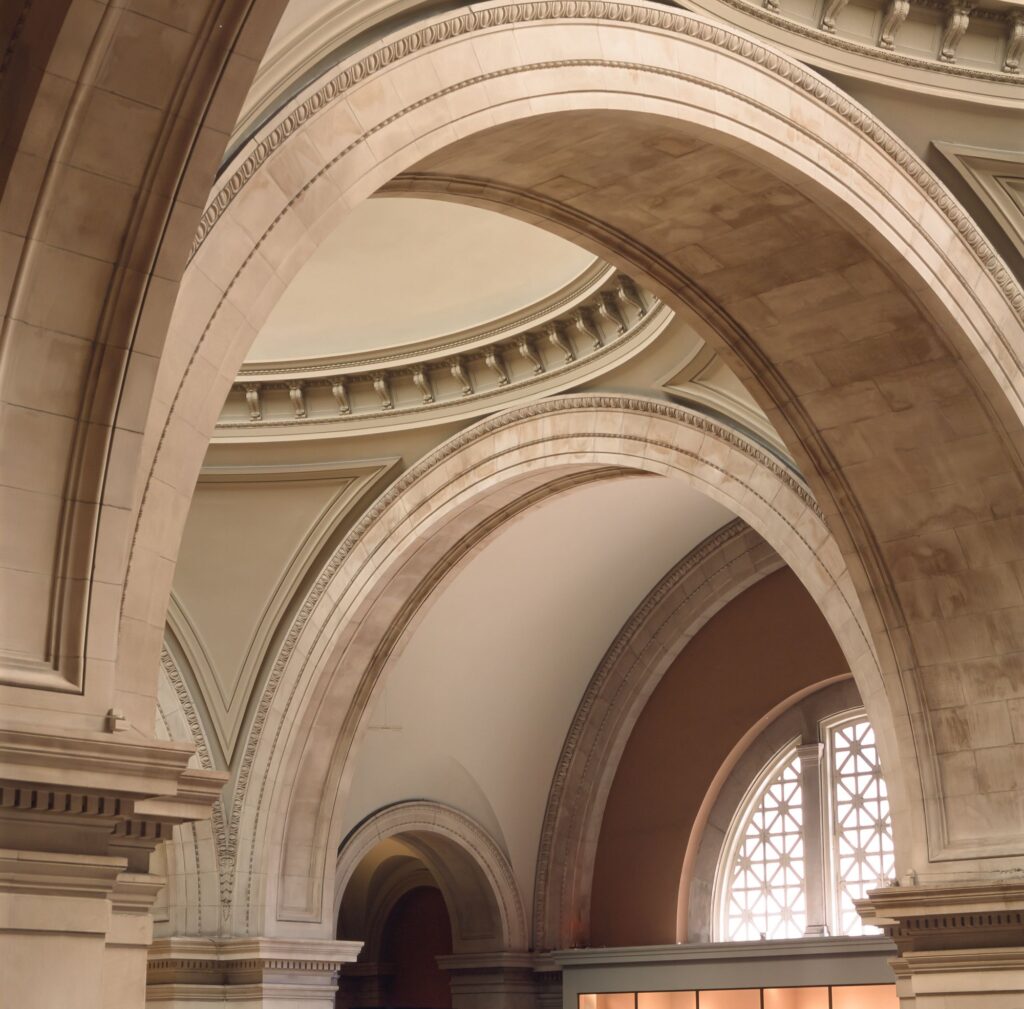