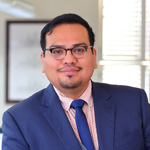 A member of one of our Atlanta-based studios, Rene Salas had the opportunity to spend a few weeks in the Northeast this summer while working out of our New York office.  While there, he took full advantage of his free time,visiting an array of historical and cultural sites with camera in hand. 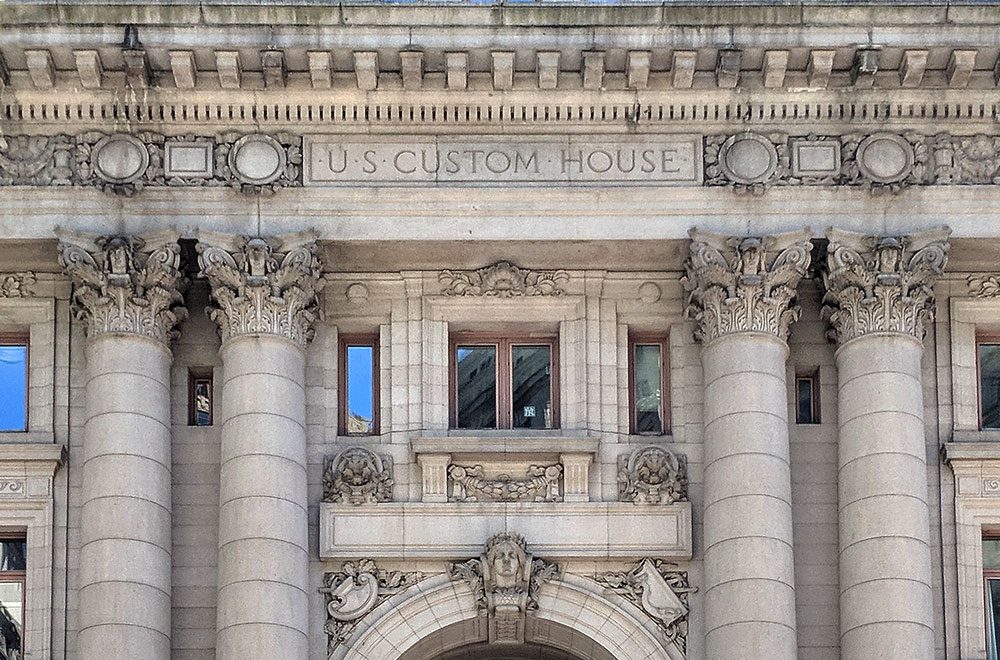 Visiting the National Museum of the American Indian, formerly the Alexander Hamilton U.S. Custom House (1902-07), was a highlight of a recent trip to New York City. Architect Cass Gilbert designed the building for the federal government to house the duty collection operations for the Port of New York. I was very surprised by how much meaning could be read in the ornament, sculpture and architecture. 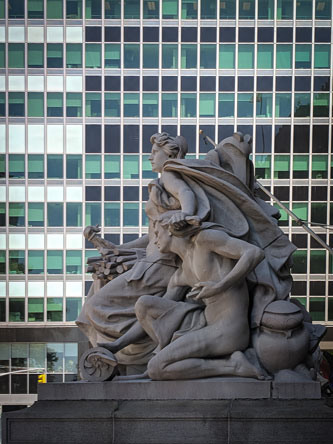 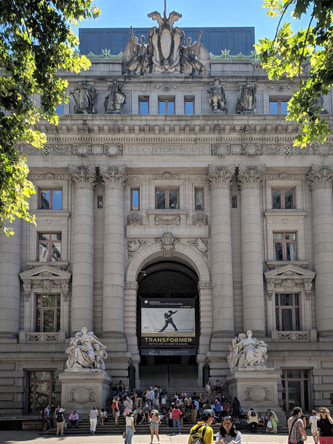 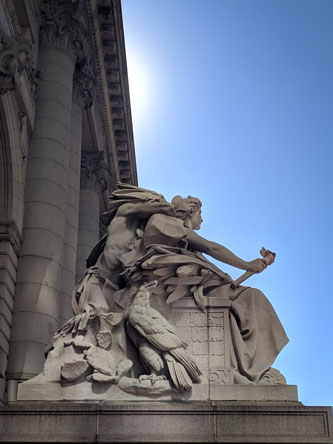 Those who made their way to the building from the ports would approach the entrance by walking past the ‘Four Continents’ (Asia, America, Europe, and Africa) by Daniel Chester French. Each depicts aspects of ancient history, progress, and future aspirations. At the top of the façade stand 12 figures, depicting the seafaring nations of the world. 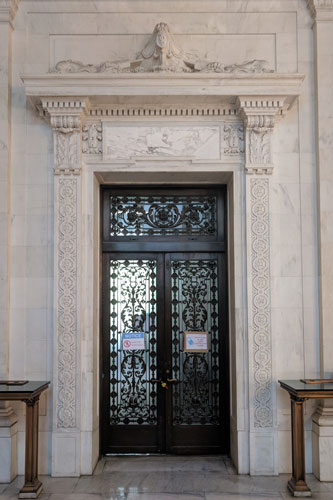 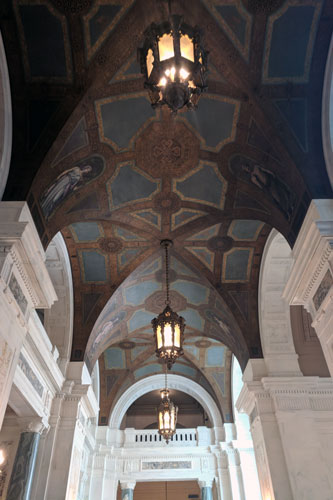 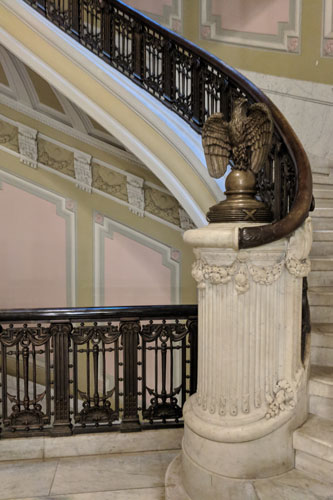 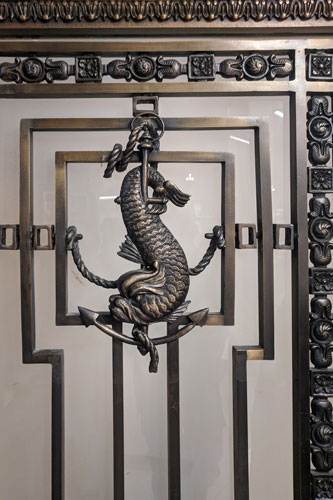 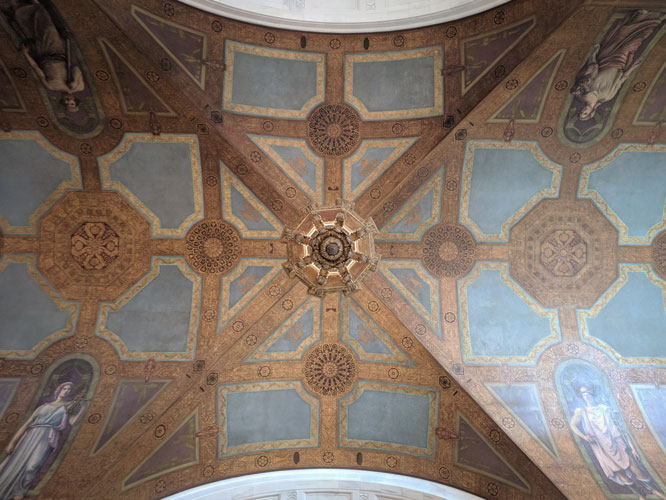 As I entered the groin vaulted reception hall, all the nautical themed ornaments came into view. There are bows of ships carved into marble over doorways and windows, sea creatures in the ironwork, shells in plaster, and many other hidden gems. 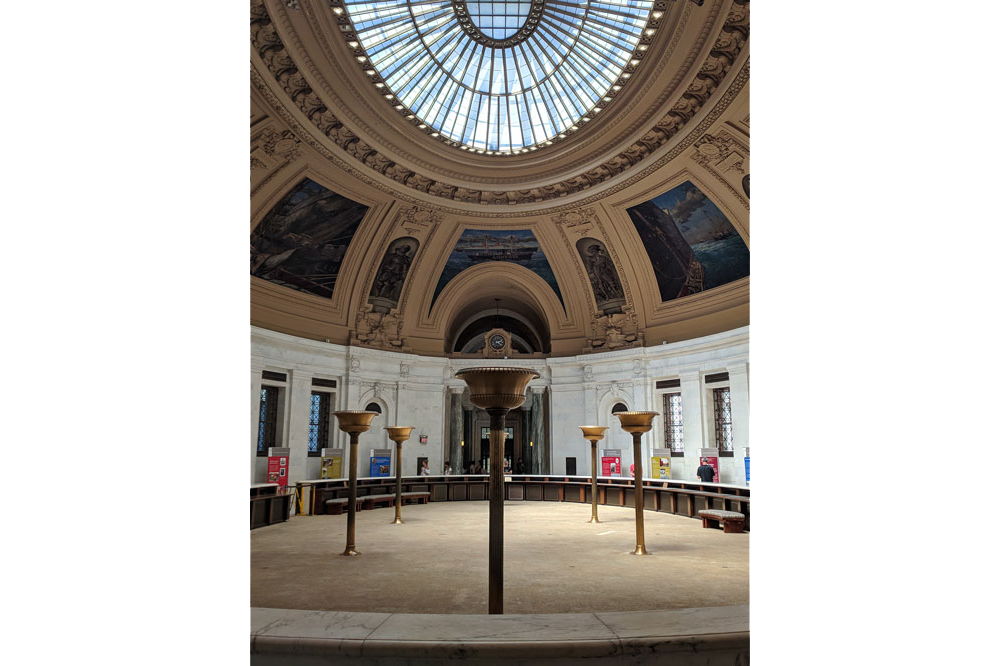 The heart of the building is a grand oval oculus that covers the rotunda wherein all the public transactions and duties were paid. The painted mural panels within the dome illustrate great American ships and important scenes from the history of New York’s ports. 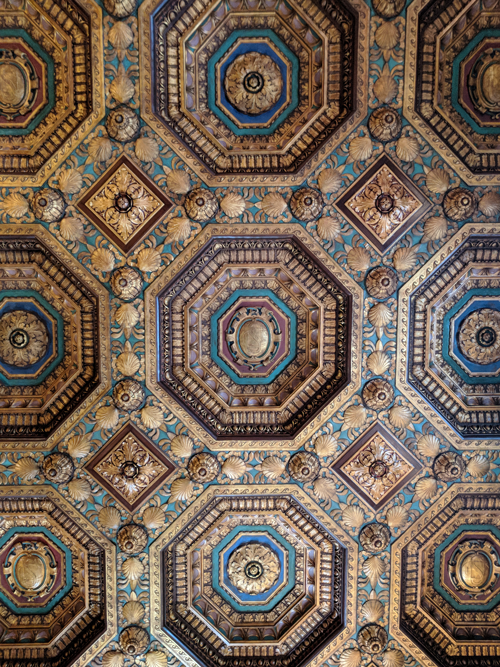 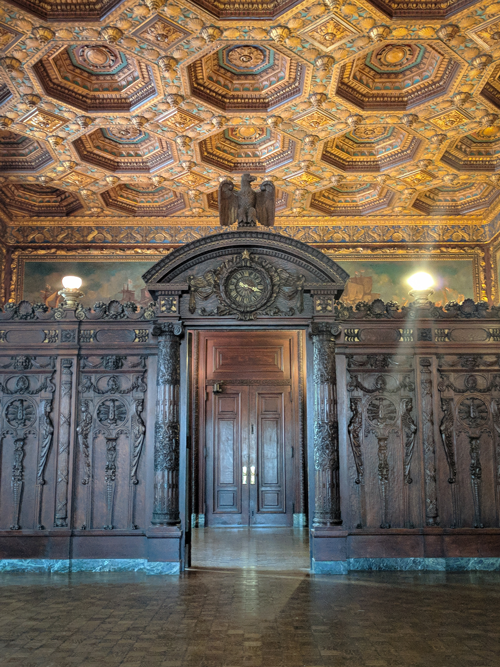 I recommend the architecture tour.  If you take it, you can gain access into the Collector’s Office. This space is filled with elaborate nautical motifs, notably a coffered ceiling in oak designed by Tiffany Studios. When you visit, try and find the snails figures that were installed out of frustration with the governments snail-speed payments!