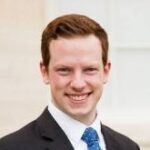 While studying abroad, Ian took a day trip from Rome to the city of Tivoli. There, he discovered the walkability of a city dotted with Roman ruins and intimate squares surrounded by a lush landscape.

Of the many places I was able to visit during my study abroad in Italy, one location I could not help but return to again and again was the historic center of Tivoli. A scenic 45-minute train ride from the Rome Termini station takes you from the center of one of the most incredible cities in the world to the center of one of the most picturesque. The village is home to two World Heritage Sites, Villa d’Este and Villa Adriana, but what kept me coming back were the winding streets and intimate squares. Tivoli felt like a convenient respite from the intensity of the city, and I felt like every moment I spent there was a moment enjoying the fruits of good urbanism in action.

Villa Gregoriana is a nature preserve located in the city. A winding path took me down a lush, dramatic ravine where the ruins of the ancient Roman Temple of Vesta towered on an outcropping above.  After I walked through the nature preserve, I exited into the center of the city. This a powerful reminder of how dense urbanism allows for swaths of untouched natural landscape. 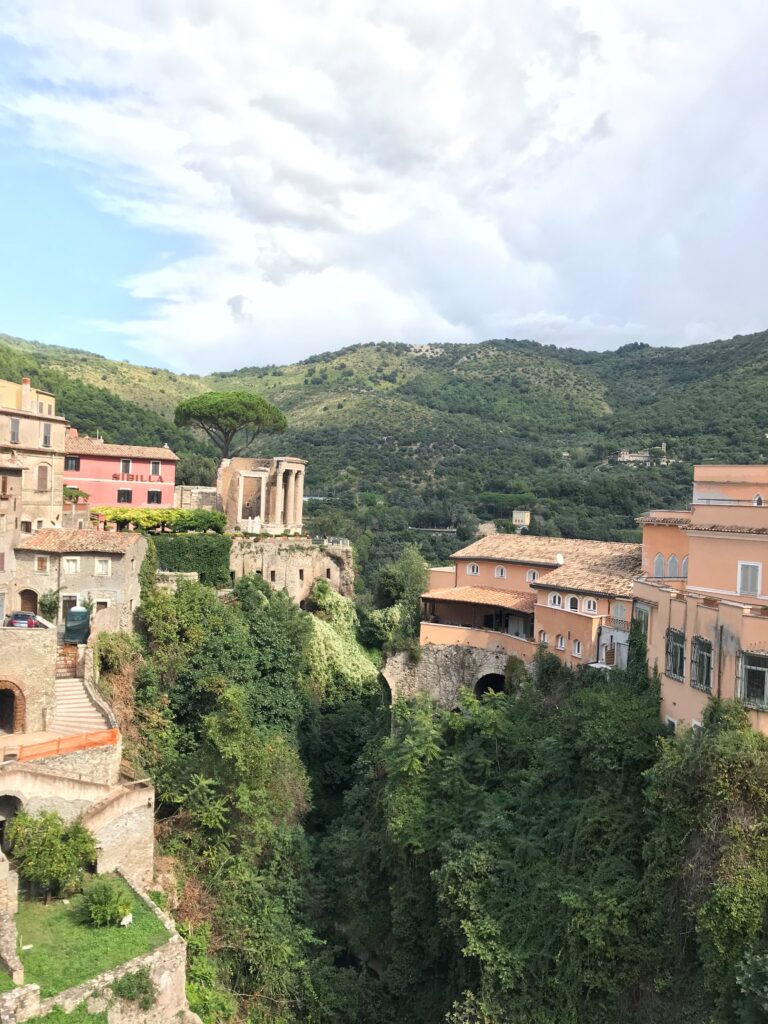 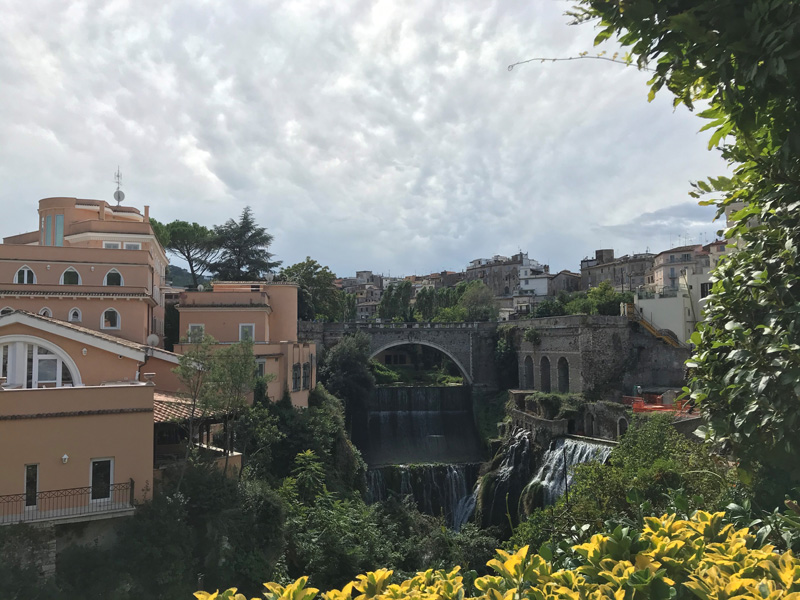 On a bridge looking towards the Temple of Vesta and overlooking the preserve (left); looking back at the bridge from the temple (right) 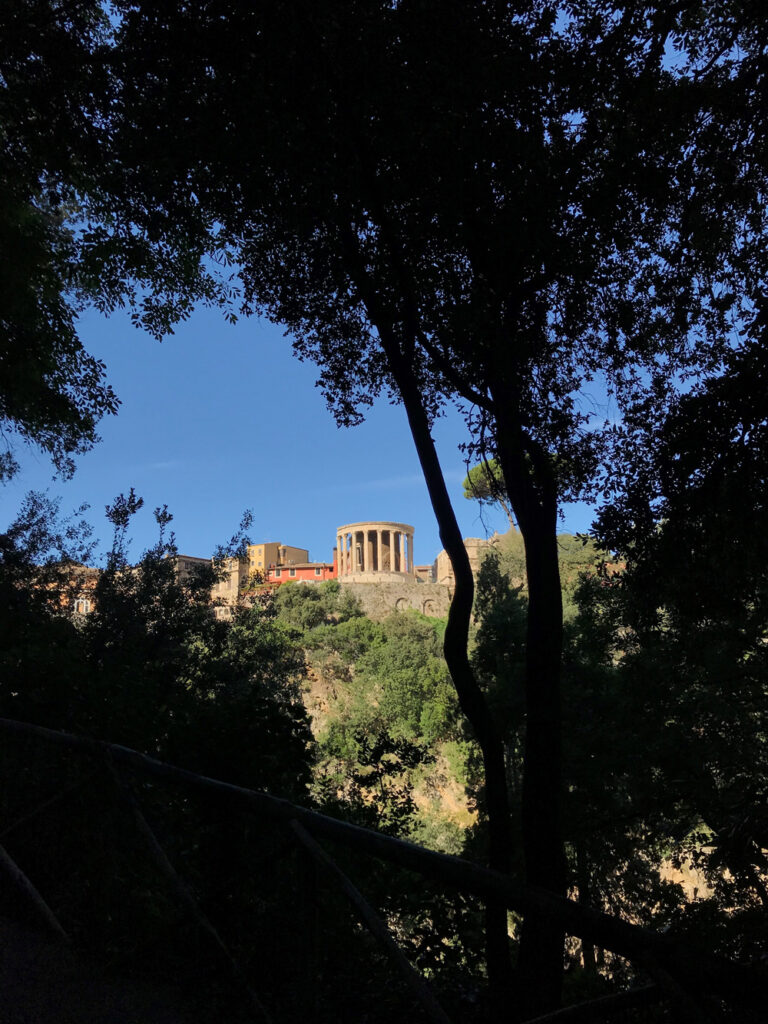 Looking up to the Temple of Vesta from the ravine

After Villa Gregoriana, I traversed through Piazza del Plebiscito. The piazza was a market square by morning, but a center of activity by the evening. 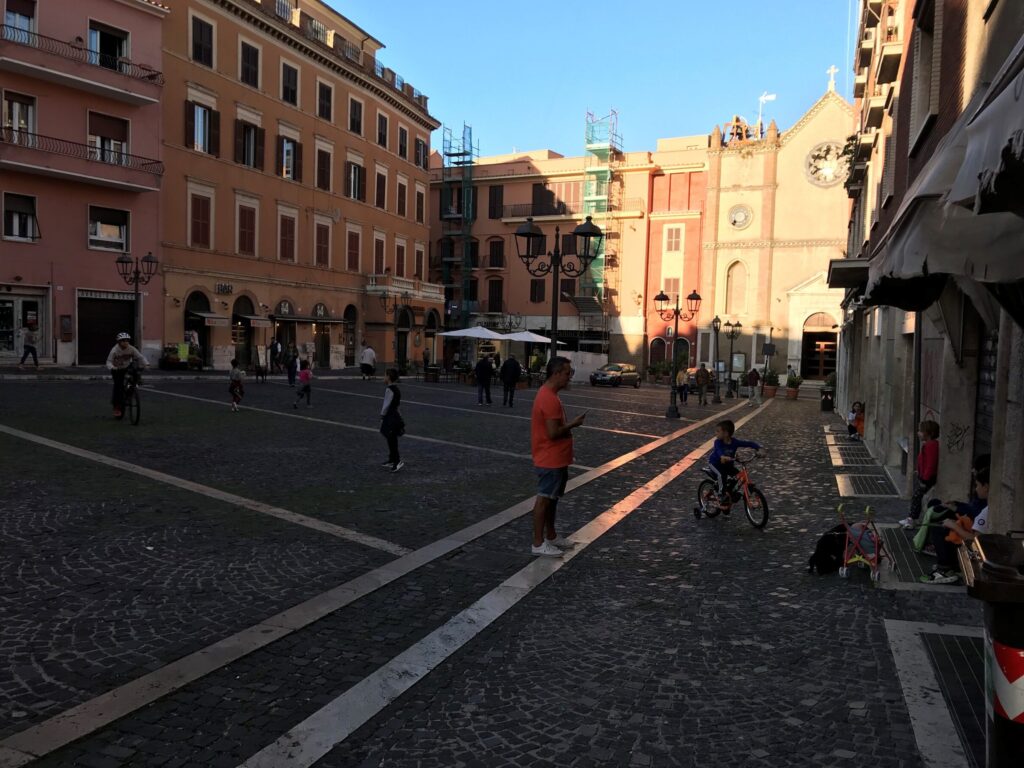 From there, I made my way through numerous picturesque streets punctuated by small squares. The stepped streets subtly and comfortably handled the topography of the town. 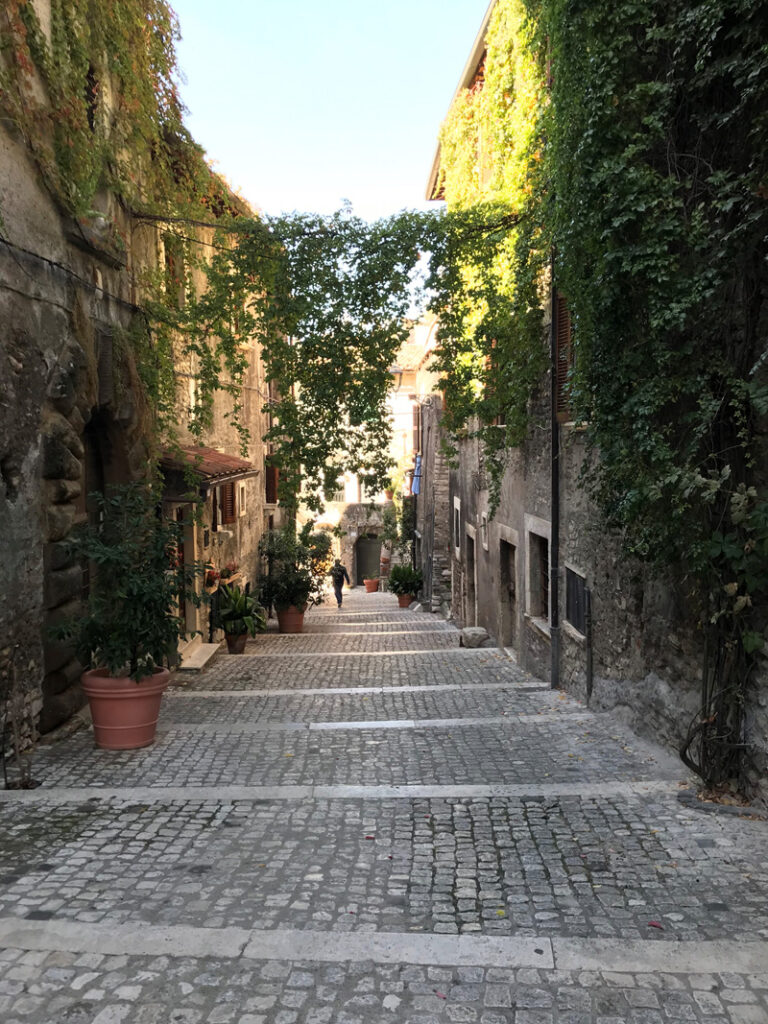 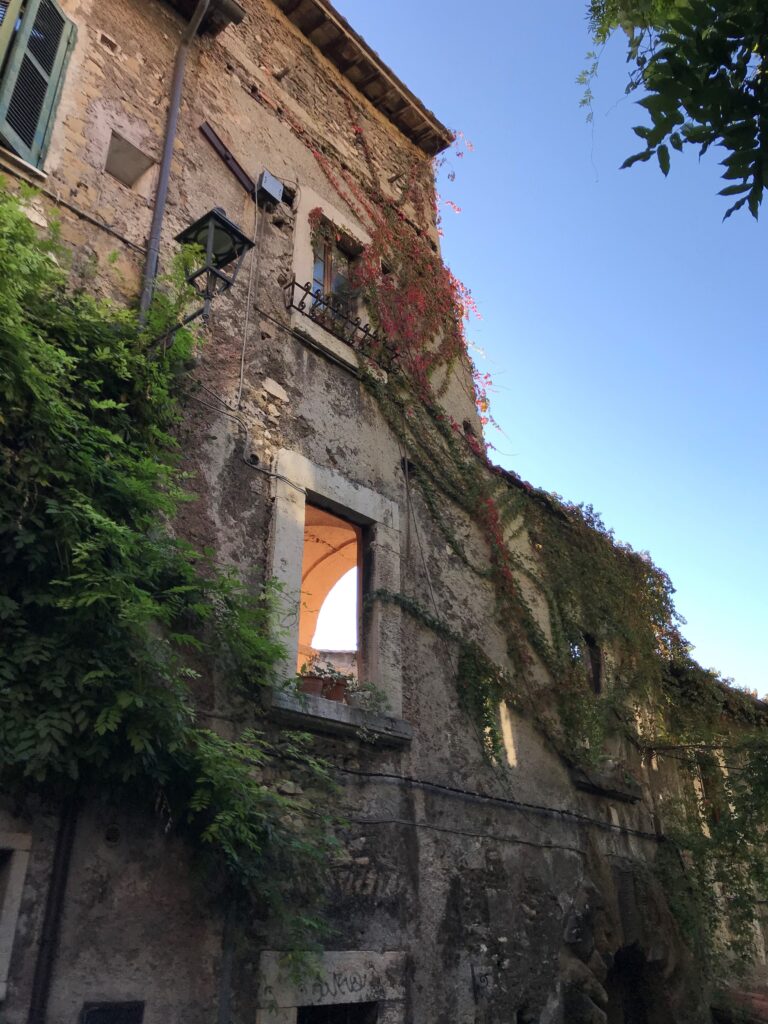 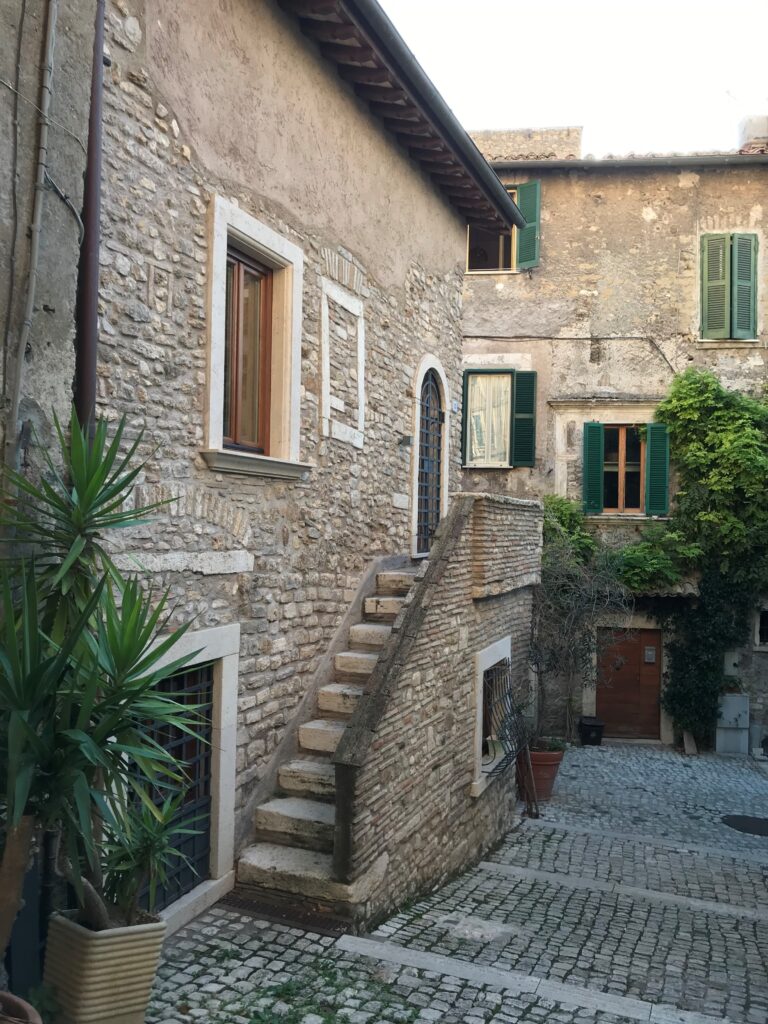 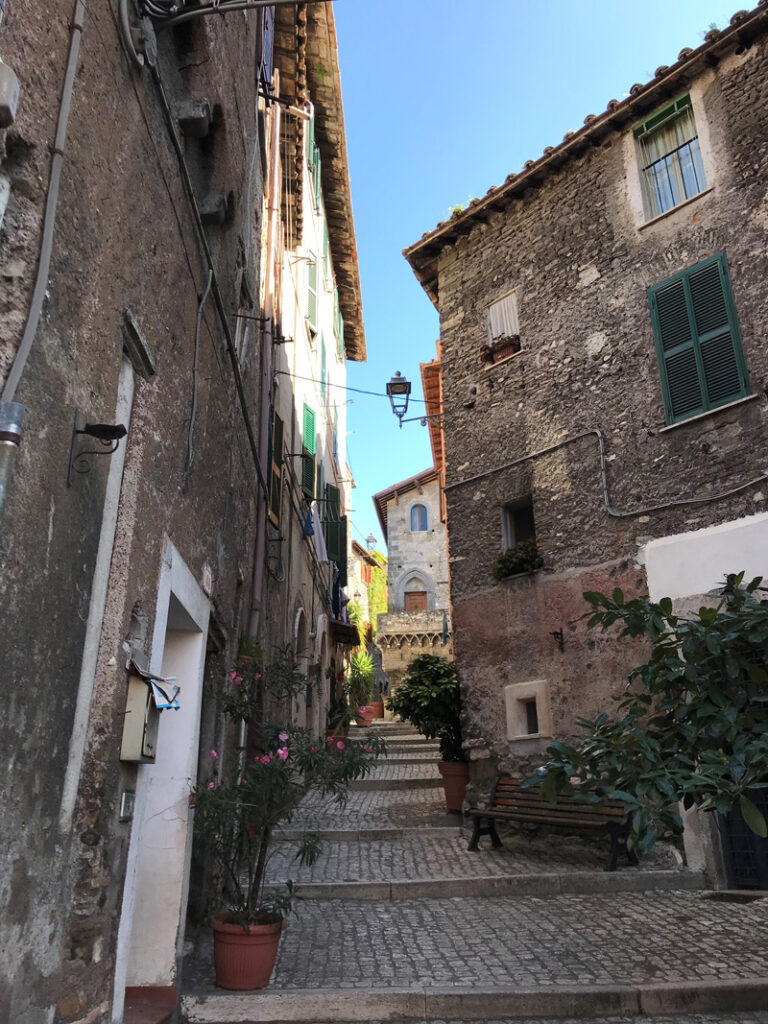 Various streets throughout the town

Adding to the richness of the storied past of the village were instances of spolia—elements from ancient Roman buildings reused in the construction of later buildings. 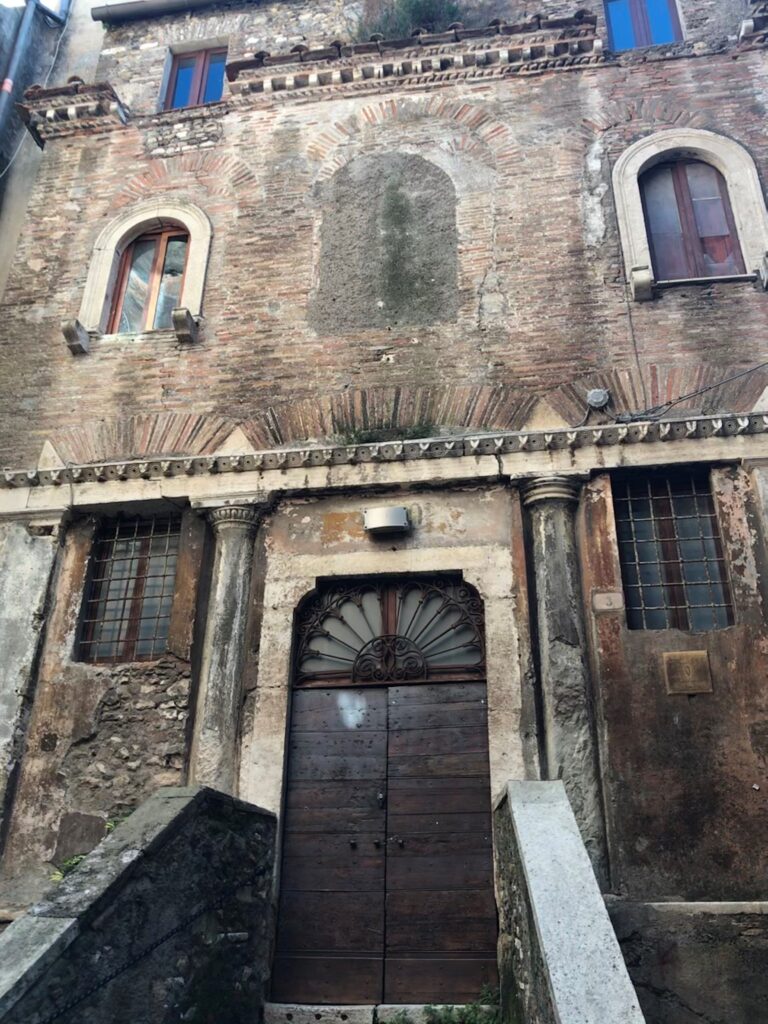 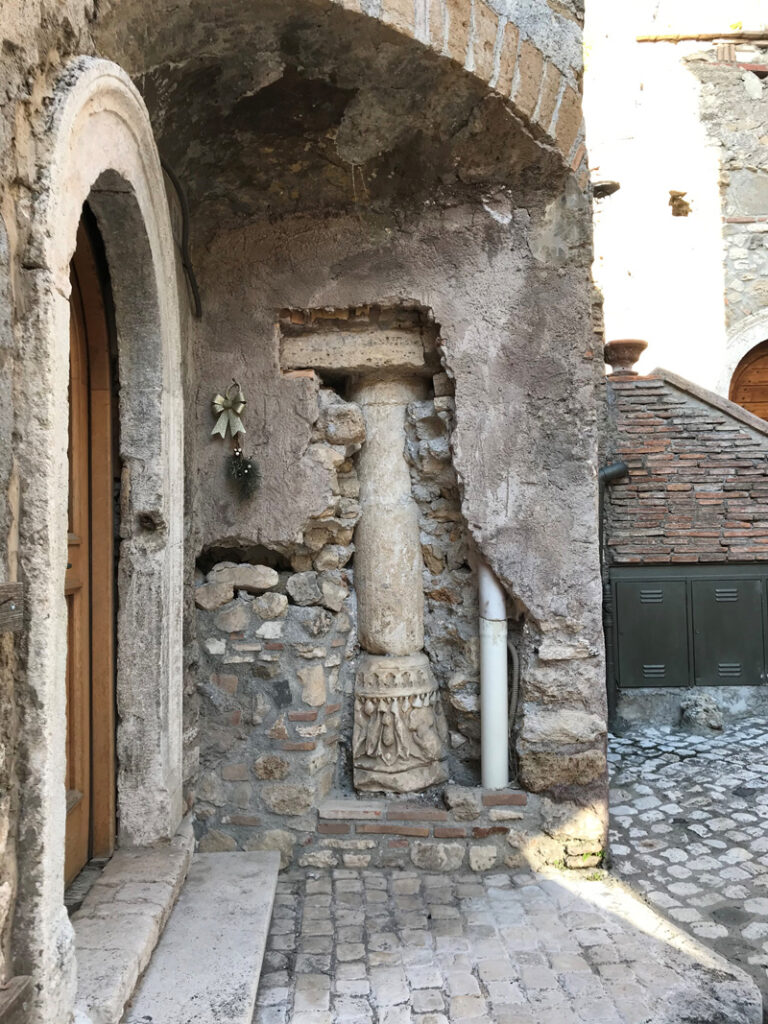 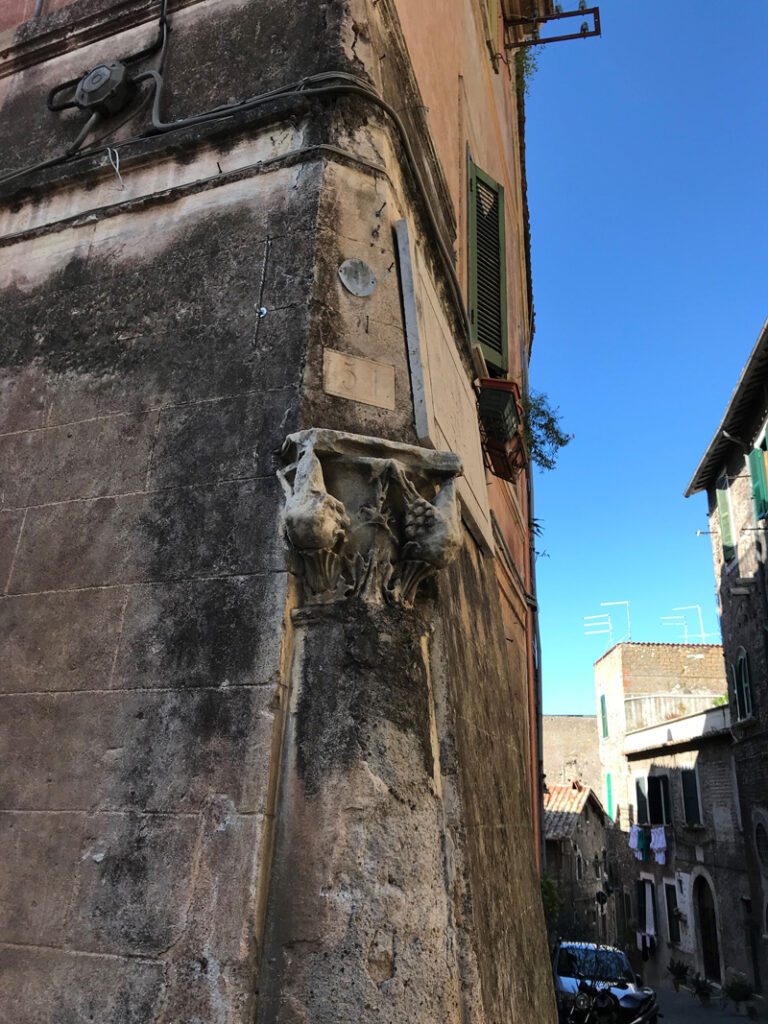 Various examples of spolia I discovered while exploring Tivoli

I was lucky enough to stumble across Piazza Campitelli just as school let out. The stepped square was filled with children playing and adults conversing. The topography allowed for intimate seating areas and picturesque moments, all while still being one cohesive whole. 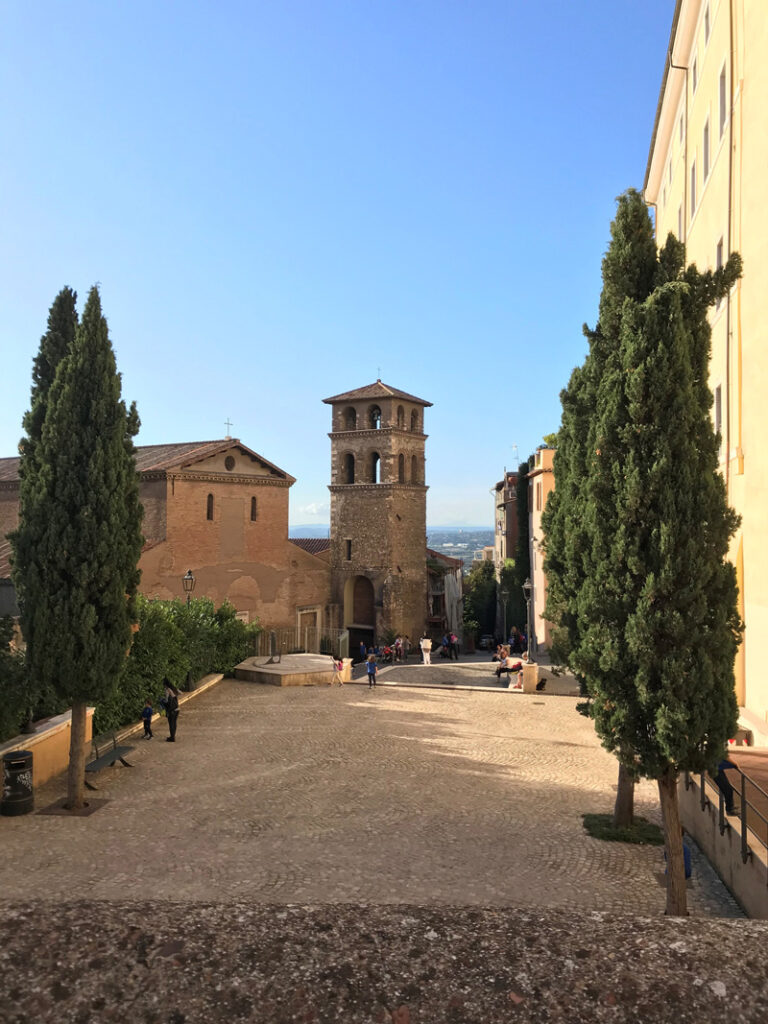 I would recommend a visit to Tivoli to anyone visiting Rome; it is an inspiration for what a walkable city can be.