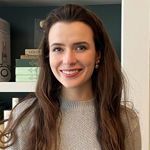 During her final year of architecture school, Madeline Seago visited Québec City, the oldest municipality in the province of Quebec, Canada. Follow along as she admires the topography and history of this 16th-century French colony situated along the Saint Lawrence River.

In October 2019, during my fifth year at the School of Architecture at Notre Dame, I visited Québec City. Ville de Québec is famed for being one of the first, and one of the only remaining, walled cities in the Americas. 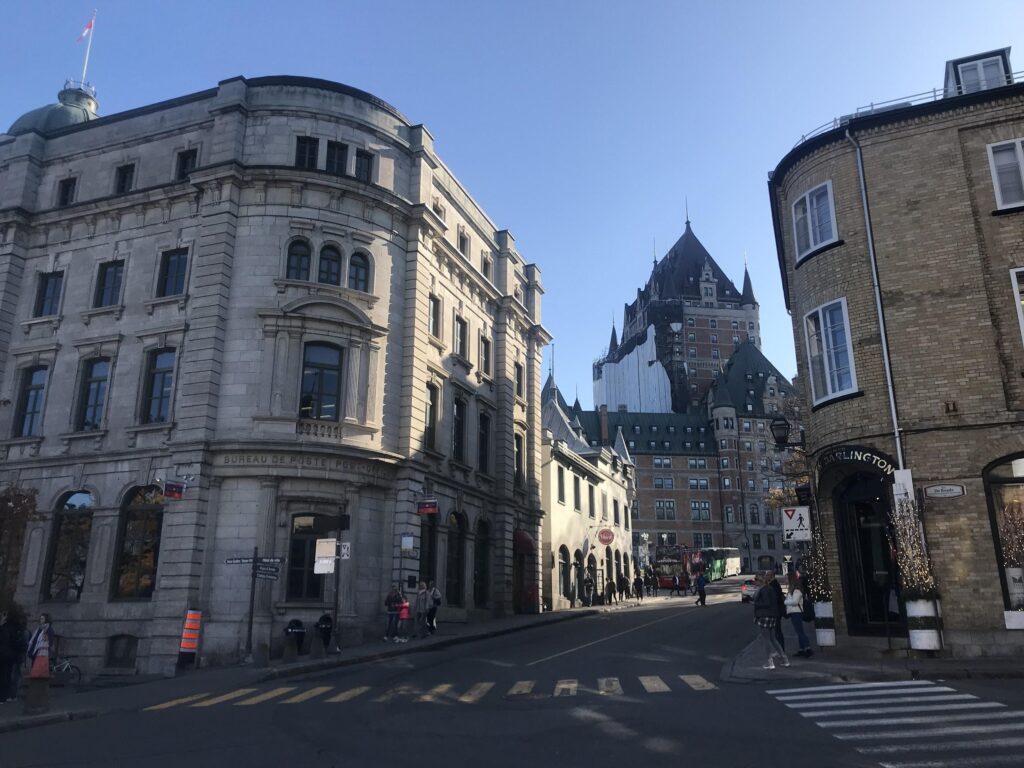 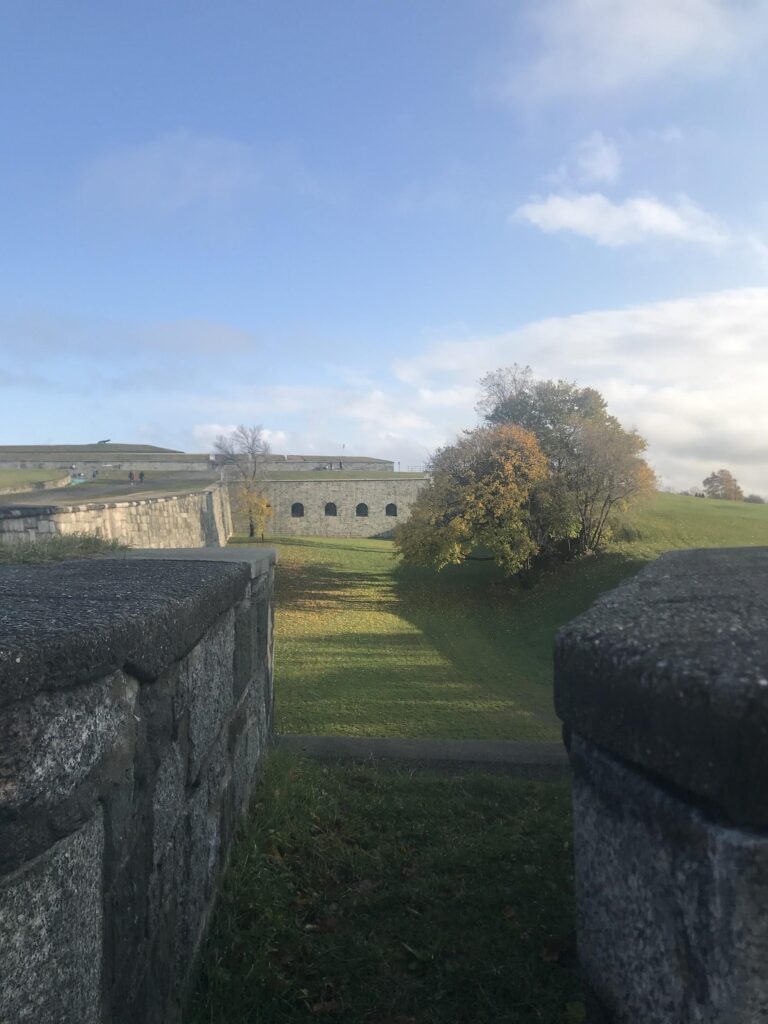 View of Chateau Frontenac (left) and of the fortifications (right)

The city is beloved not only for its European feel and close city fabric within the fortifications, but also for its dramatic topography above the St. Lawrence River and the landmark Hôtel Château Frontenac. 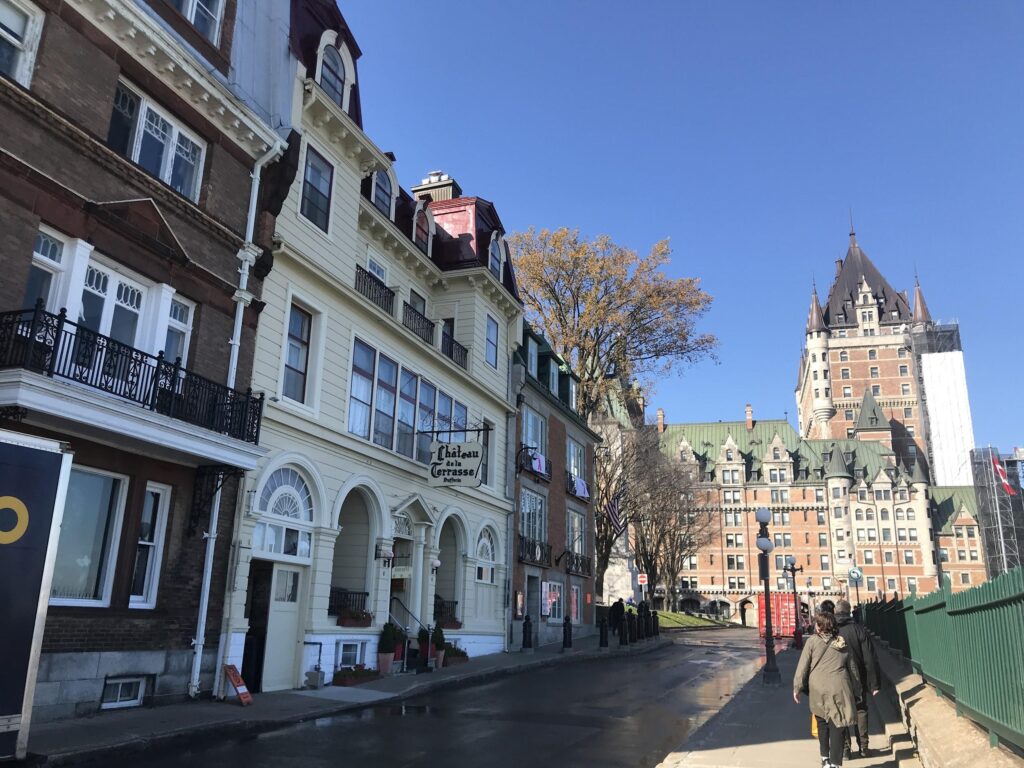 A cobblestone alleyway (left); view of the hotel as seen from Terrasse Dufferin (right)

The massive multi-level city walls were constructed during the 1620s, on a promontory with sweeping views over the widening river.

Two distinct towns started to develop: one, a protected outcropping with monasteries, schools, and houses of the nobility, and the other, a bustling port town on the low ground. 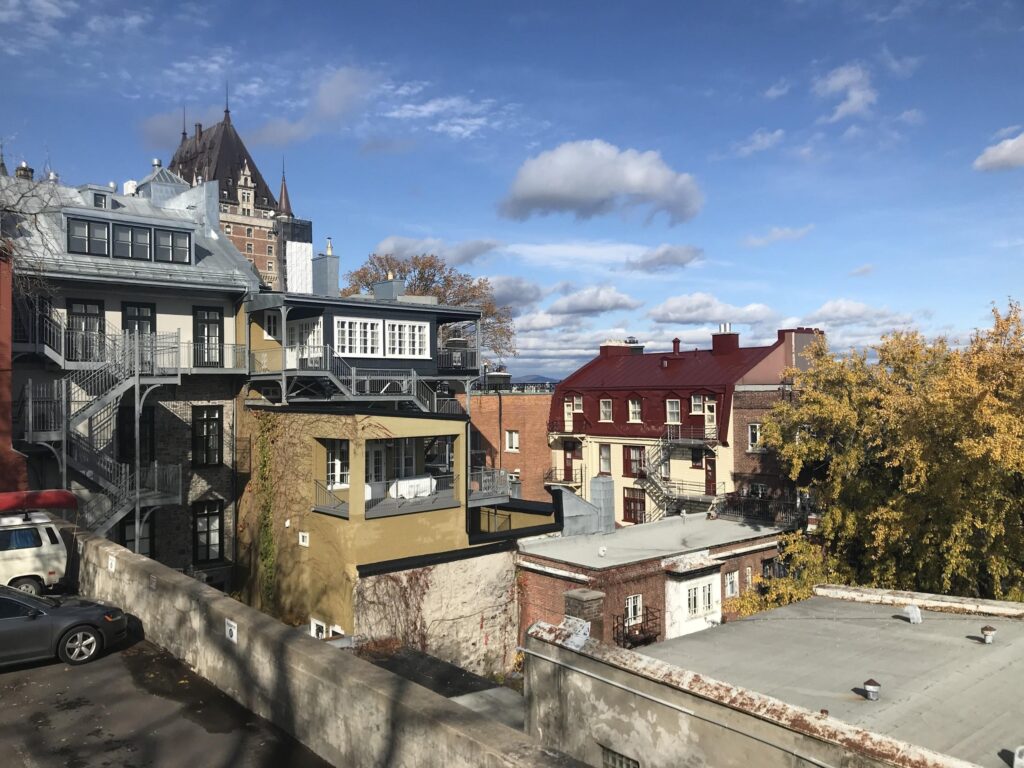 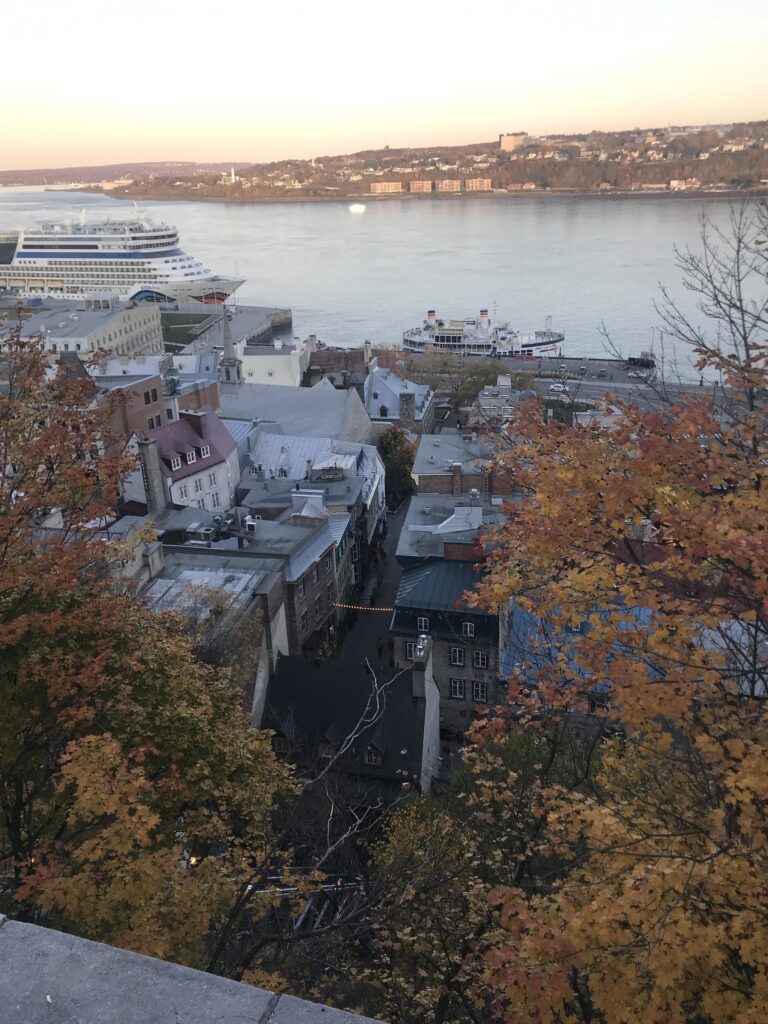 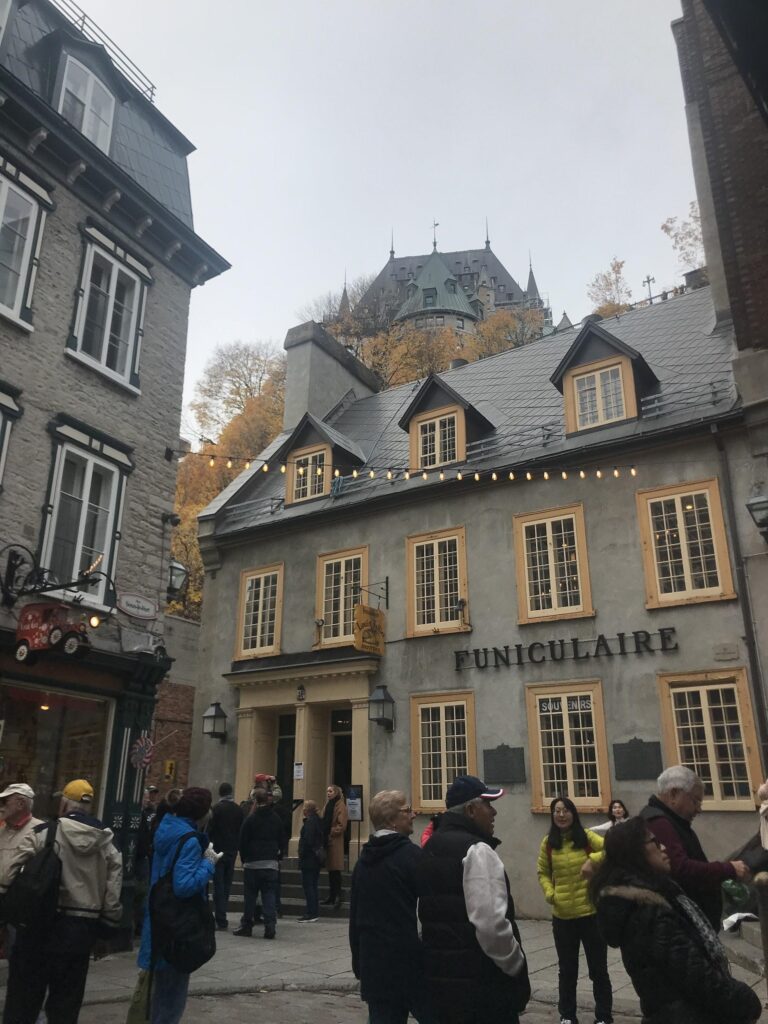 The upper and lower towns are linked with several stair-streets, one of which is cleverly disguised as a townhouse, filling in what would have been a gap in the Place Royale. 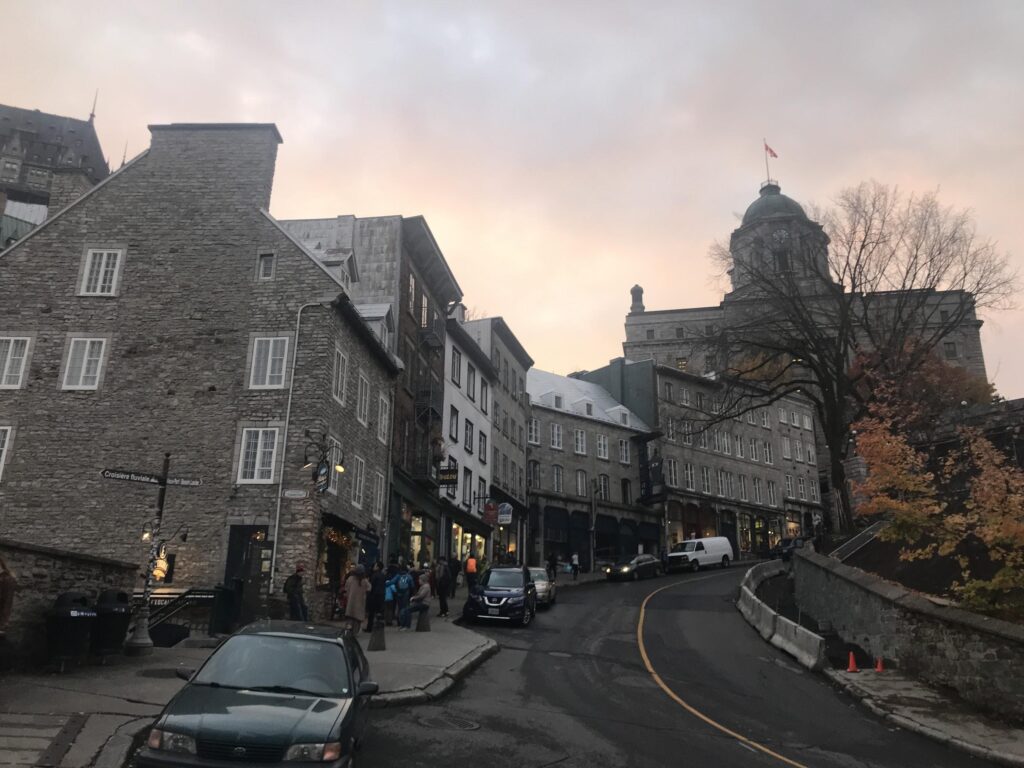 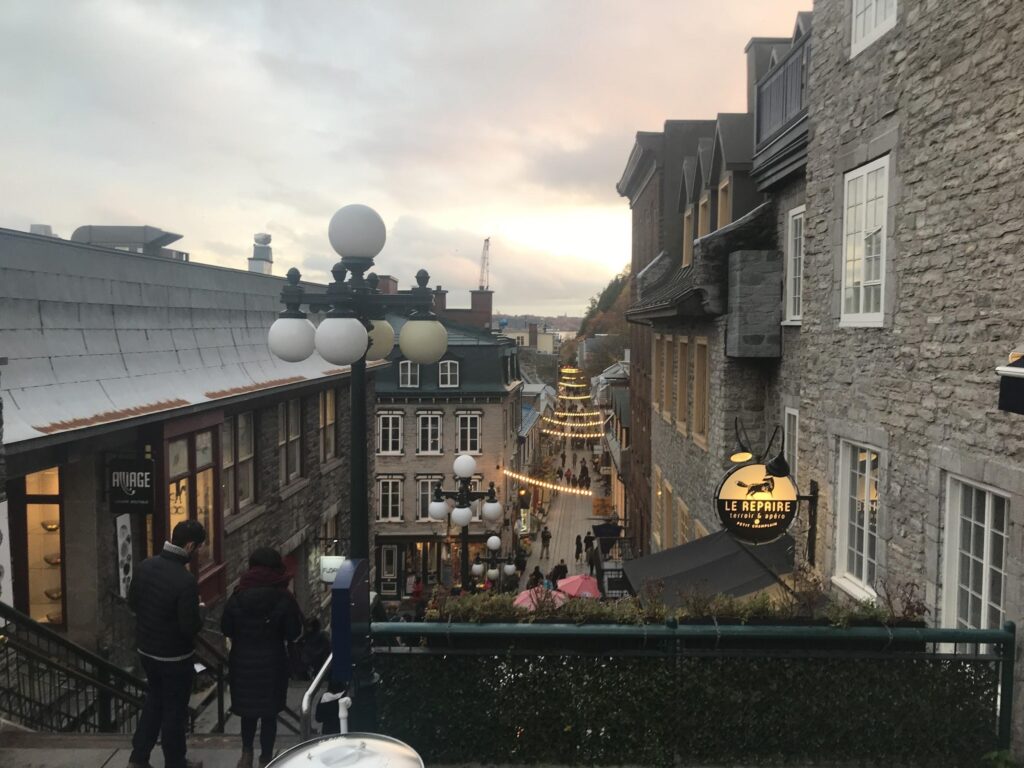 The topography makes for lots of dramatic views throughout the city, particularly of the Château Frontenac. Designed by Bruce Price and built by the Canadian Pacific Railway Company, the hotel was meant to encourage railway tourism in the 1890s and has since become one of the most recognizable symbols of the city. The structure was inspired by the architecture of France’s Loire Valley. 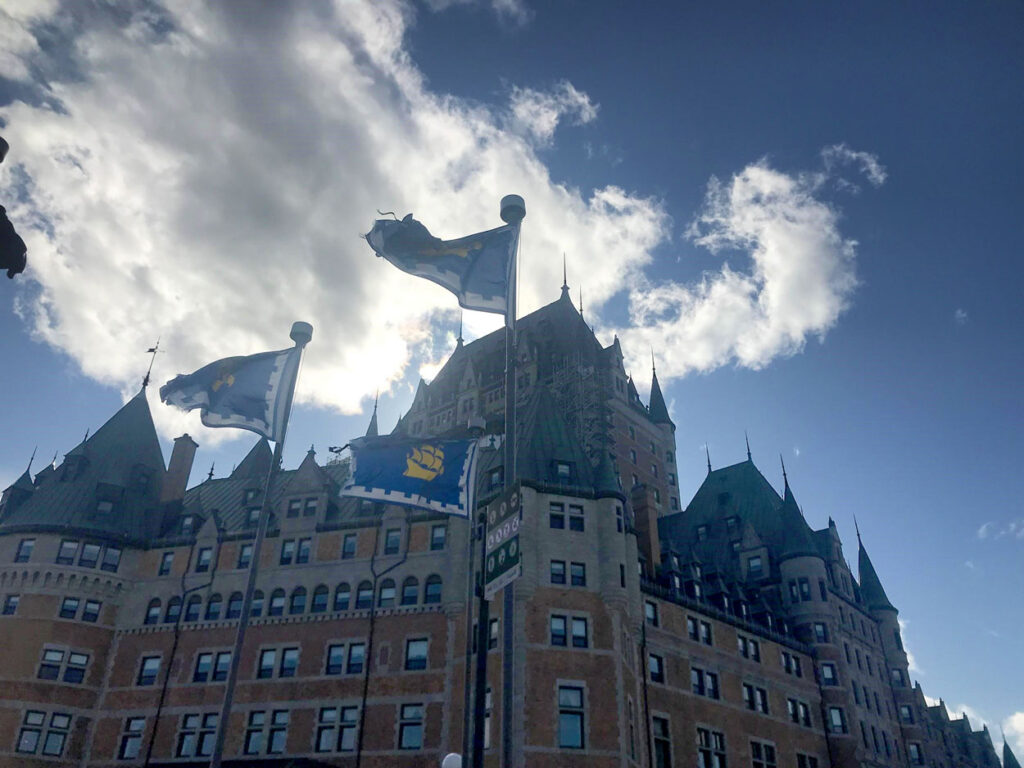 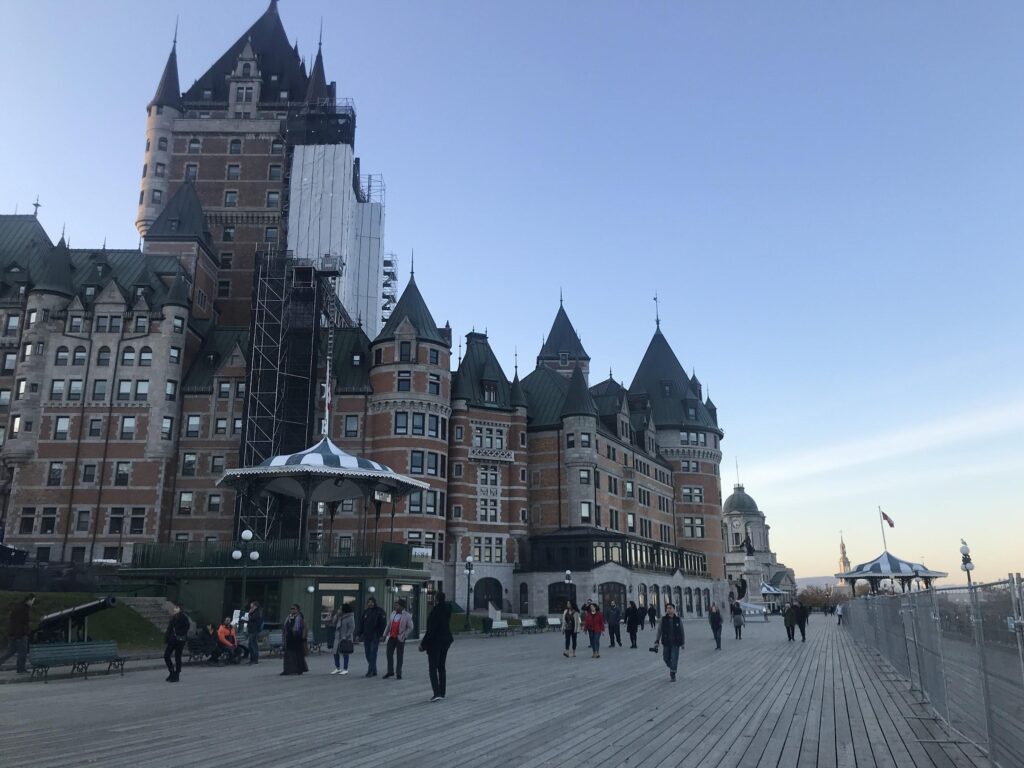 The hotel abuts the Terrasse Dufferin, a wide promenade dotted with delicate pavilions outfitted with shops and cafes. A walk along the wood-planked walkway provides a closer look at the hotel as well as panoramic views of the city and river. 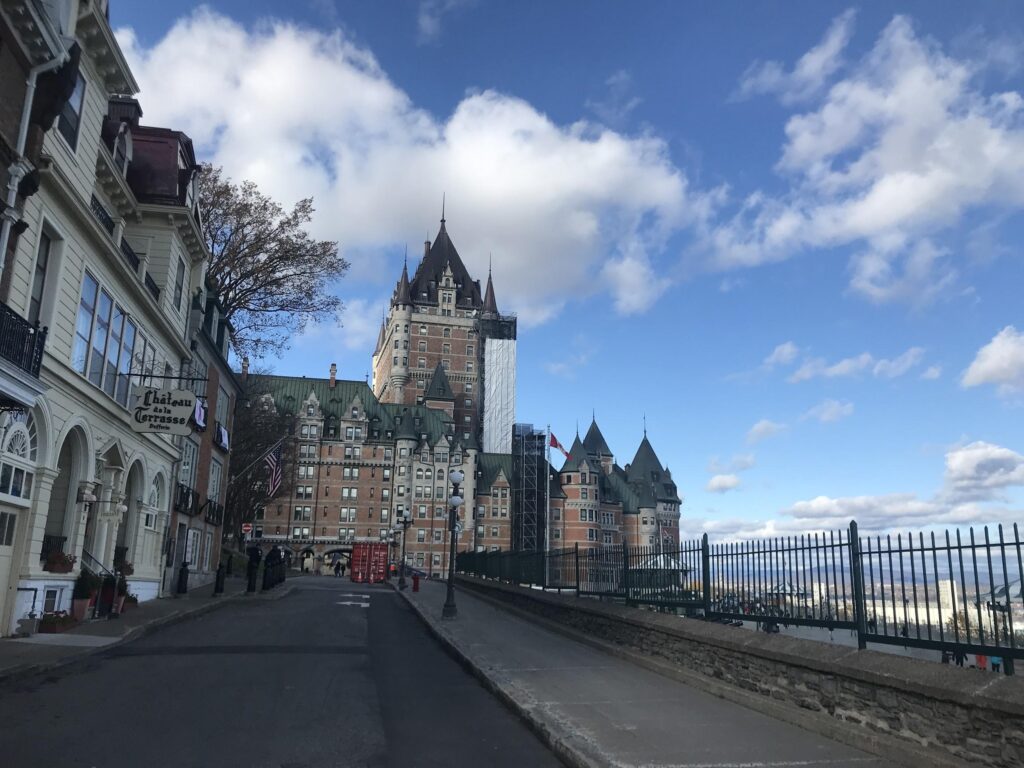 Québec City has remained a popular destination since the building of its hotel, for good reasons! The winding streets, dramatic topography, and tightly-knit town fabric form an enduring and beautiful setting that transports travelers to another age. 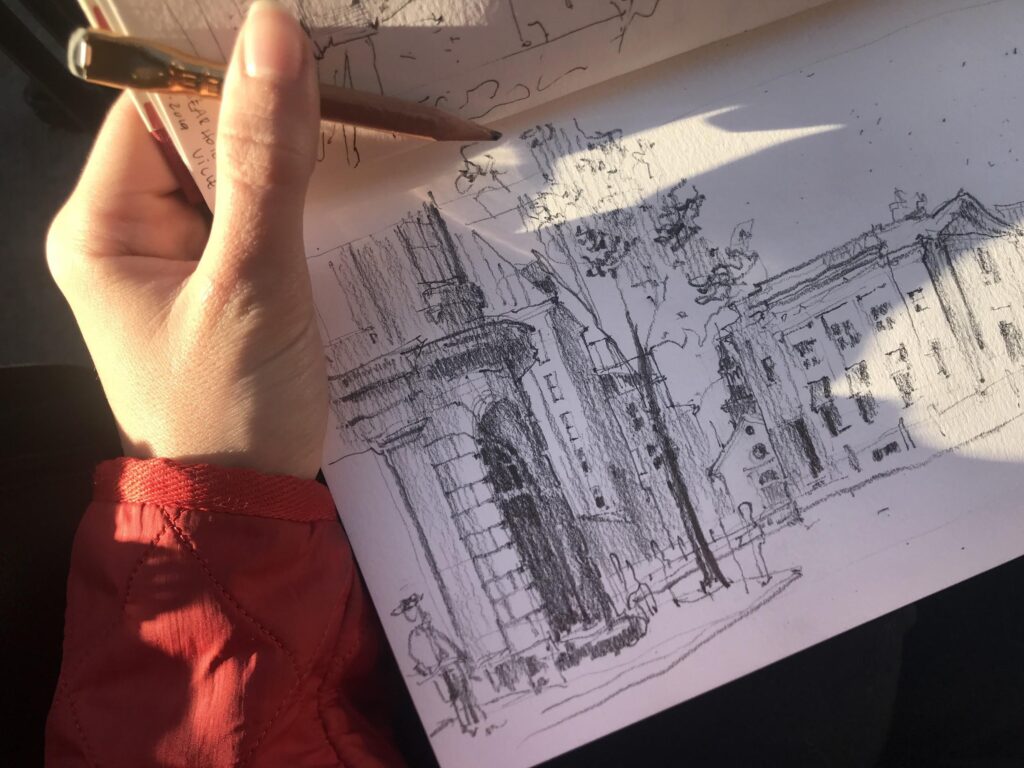 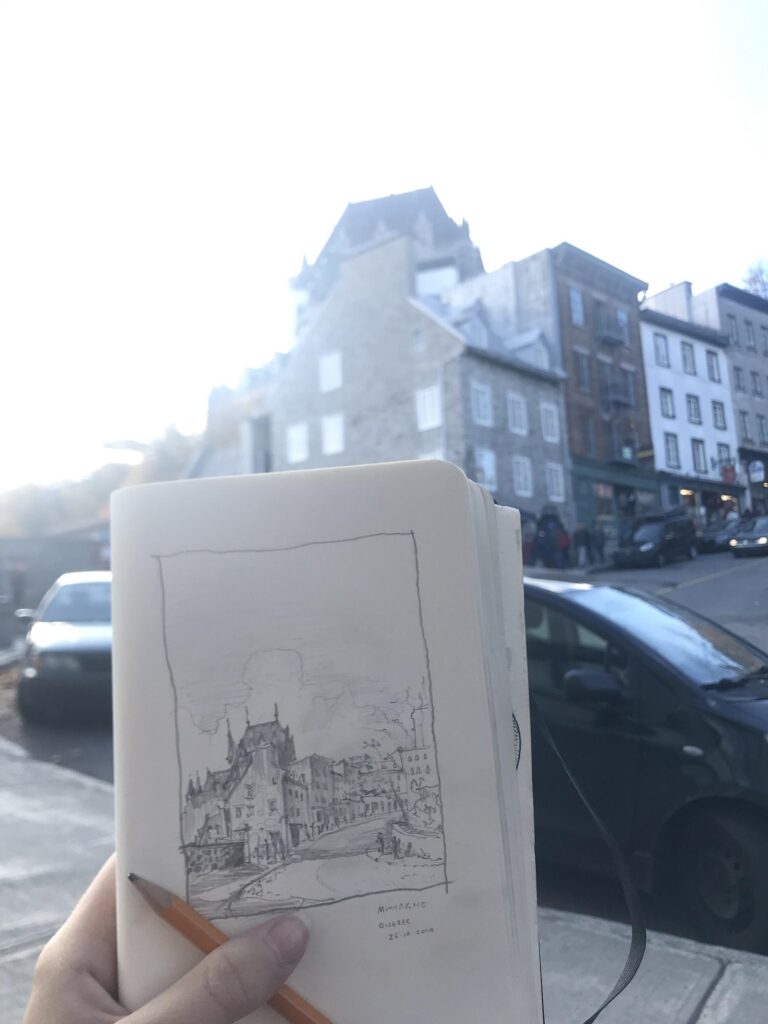