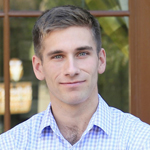 On his way to the Everglades, Matt Schaefer visited Miami and encountered Mediterranean- and Italian Renaissance-style architecture within the Floridian landscape.

In May of 2018, I visited Miami, Florida, staying in South Beach and spending a couple days visiting architectural masterpieces in and around the city. 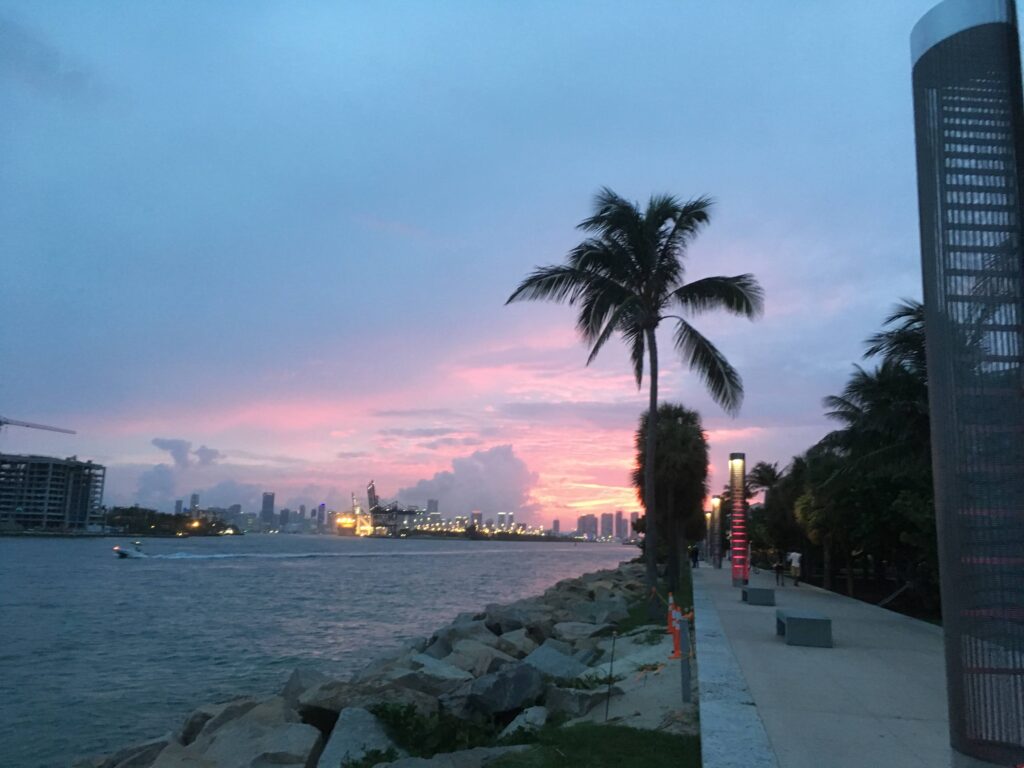 Looking across Government Cut to the Miami skyline

The Miami Biltmore Hotel, in the city of Coral Gables, was designed by New York architects Leonard Schultze and S. Fullerton Weaver in 1926. The building does a great job of balancing grand scale with smaller, serene moments such as the courtyard. 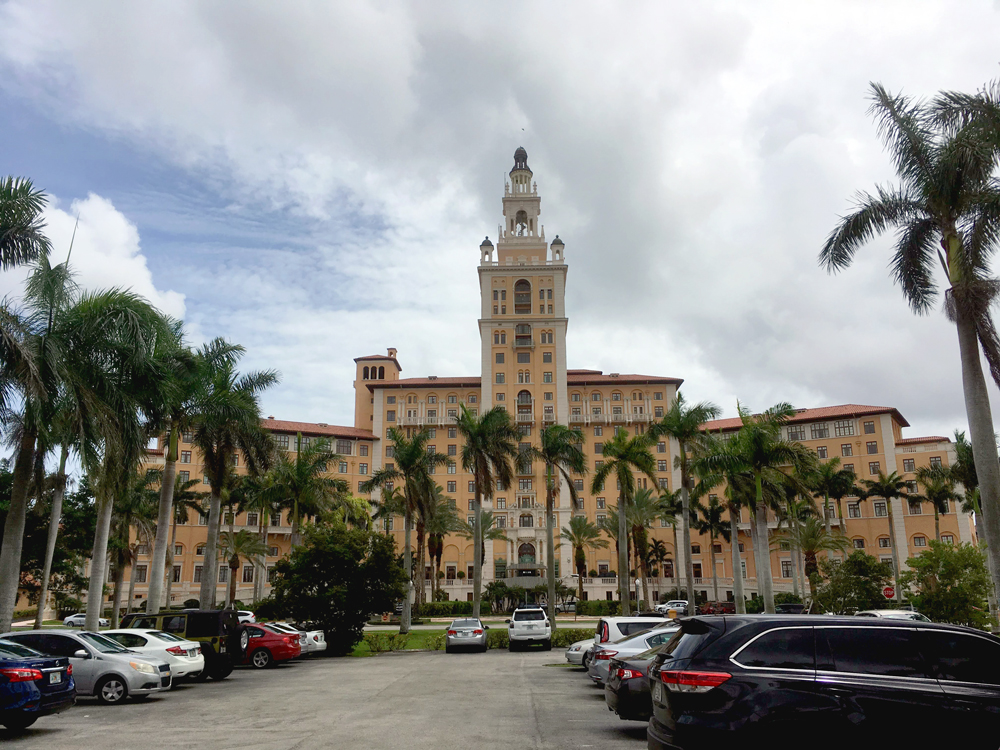 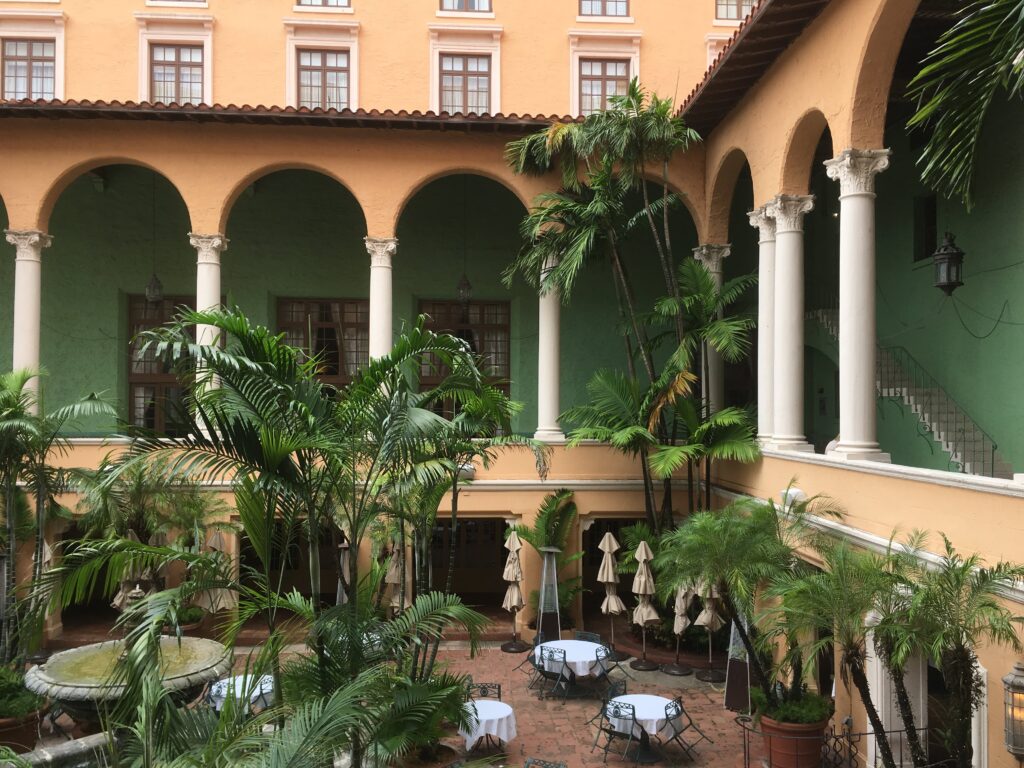 I also visited Vizcaya, the early twentieth-century estate of James Deering which was built on Biscayne Bay just south of Miami.

The home draws heavily from the Italian Renaissance with a Palladian parti, vaulted plaster ceilings, marble floors, classical columns, and the use of a central courtyard to fill the house with fresh air and sunlight. 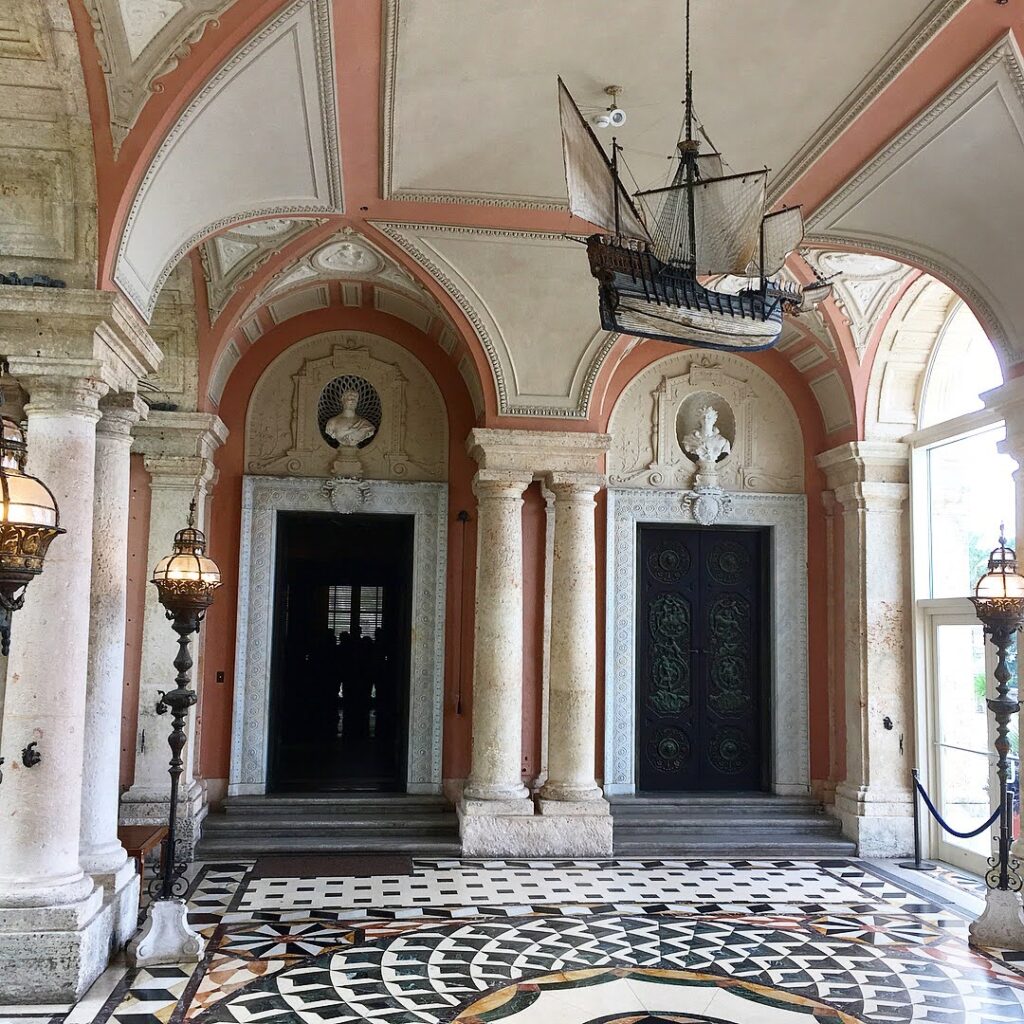 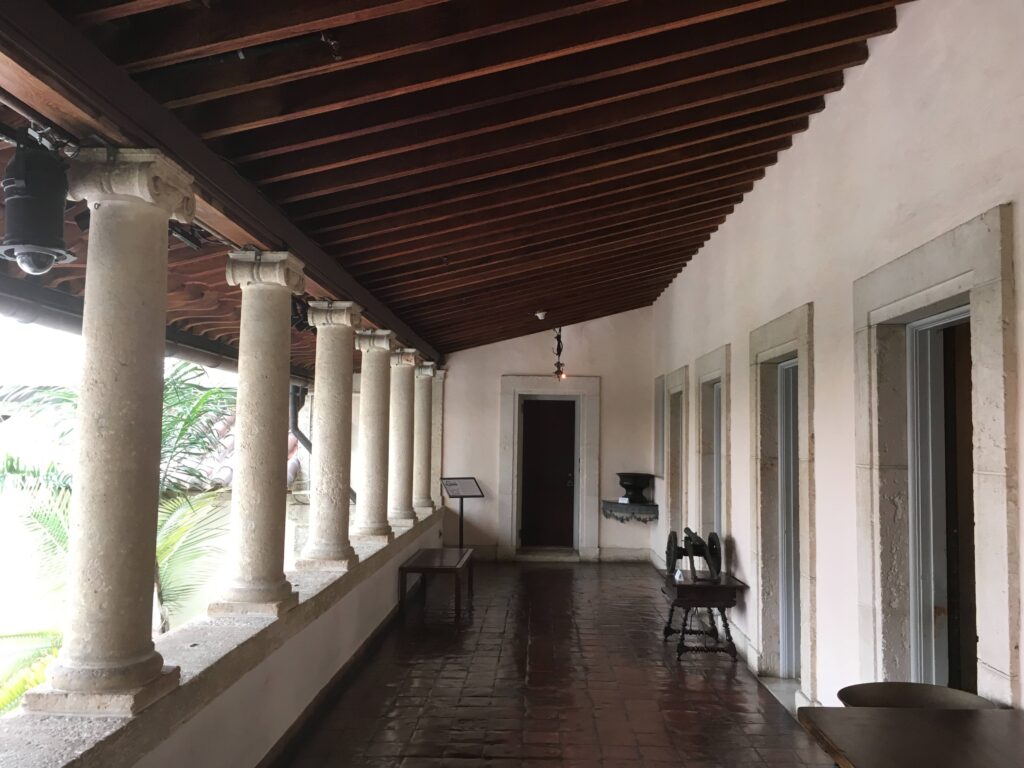 While the architecture is very European, the landscaping is distinctly Florida. The courtyard has planters overflowing with palms and philodendrons. 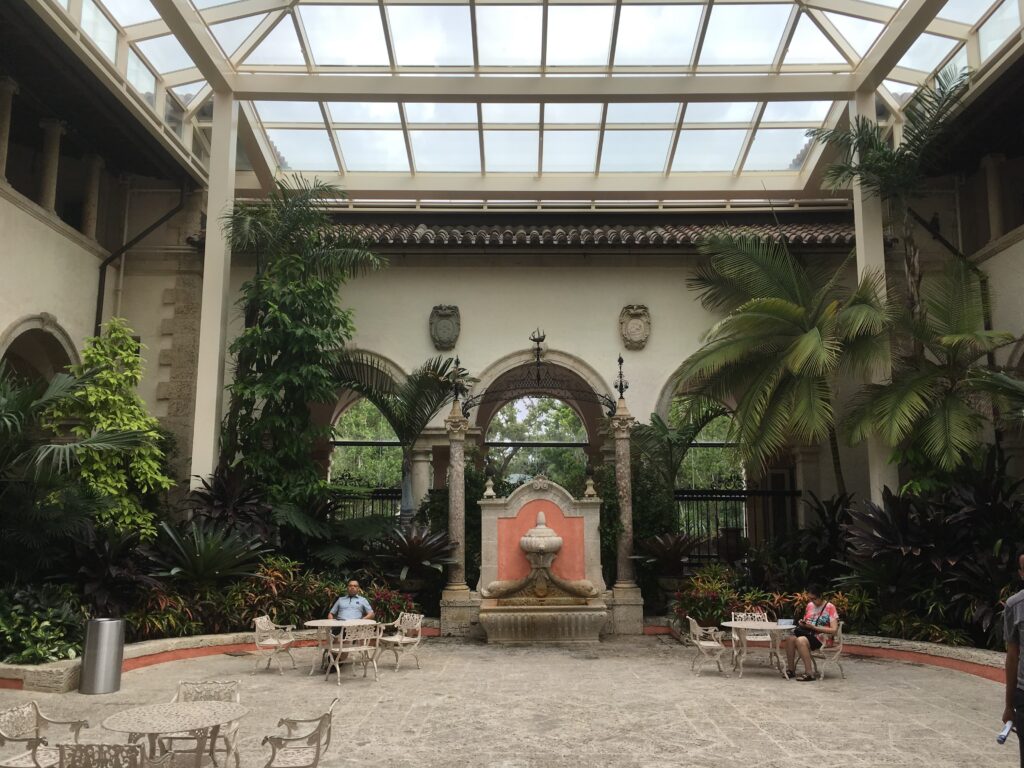 Behind the house, steps lead down to the water where one can look out over the bay and see a man-made stone island resembling a sunken ship. While the island was built as a place to host guests for elaborate parties, the ship’s most common passengers these days are sunbathing iguanas.

While most people know Miami as a destination for its weather and lively culture, my trip convinced me that it’s a source for great architecture as well.