Last month, one of Ali‘s close friends in NYC hosted a group of loved ones in his hometown of Mexico City, Mexico. After a whirlwind tour, Ali notes what a privilege it was to explore with the guidance of a local alongside her close friends! 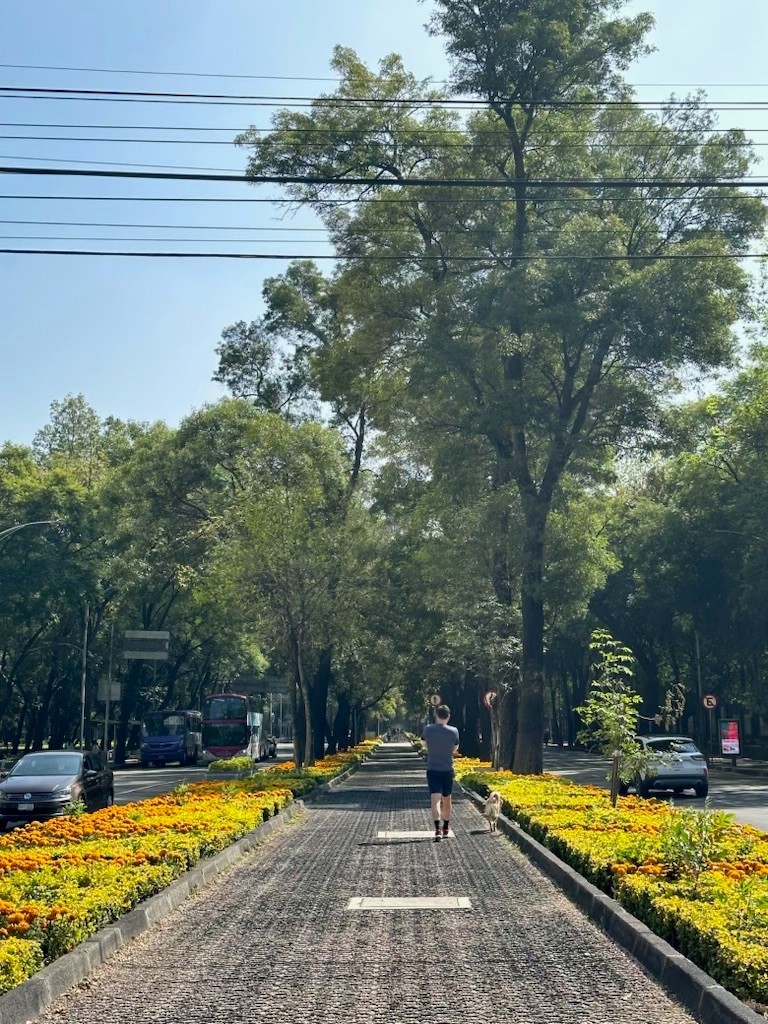 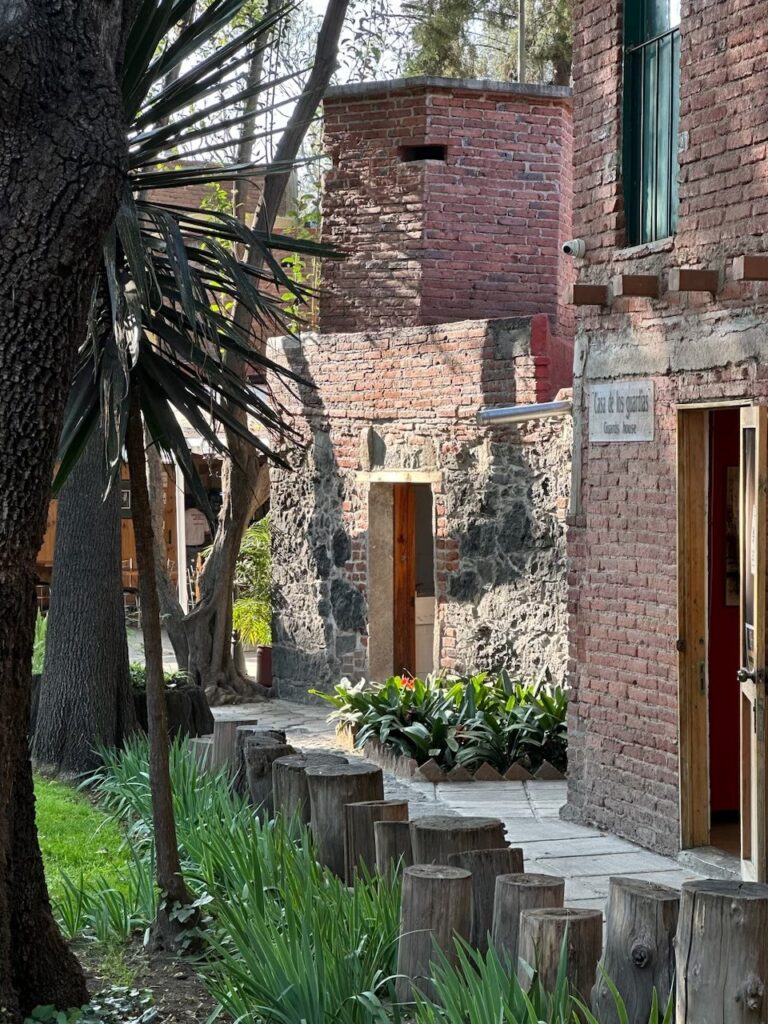 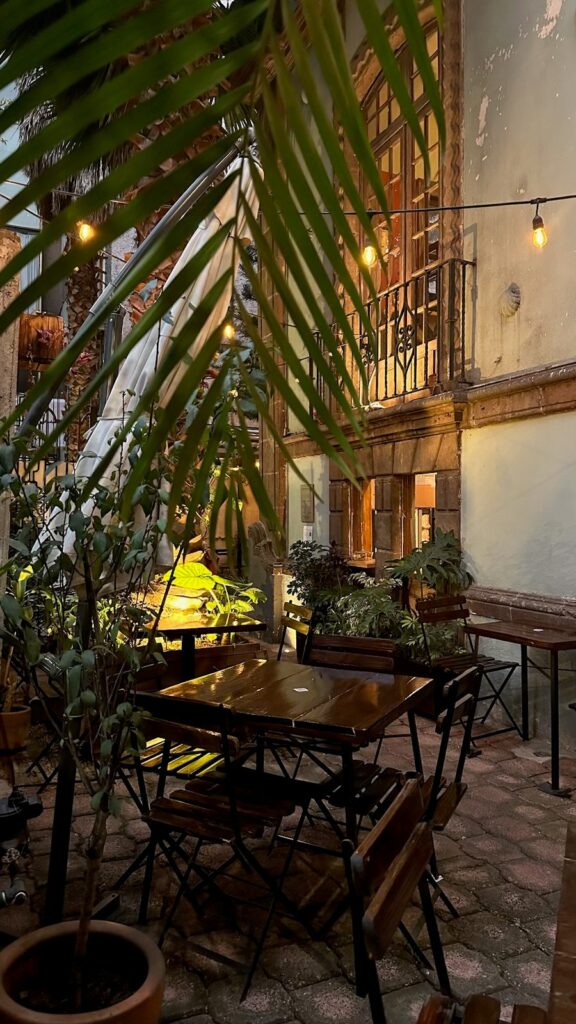 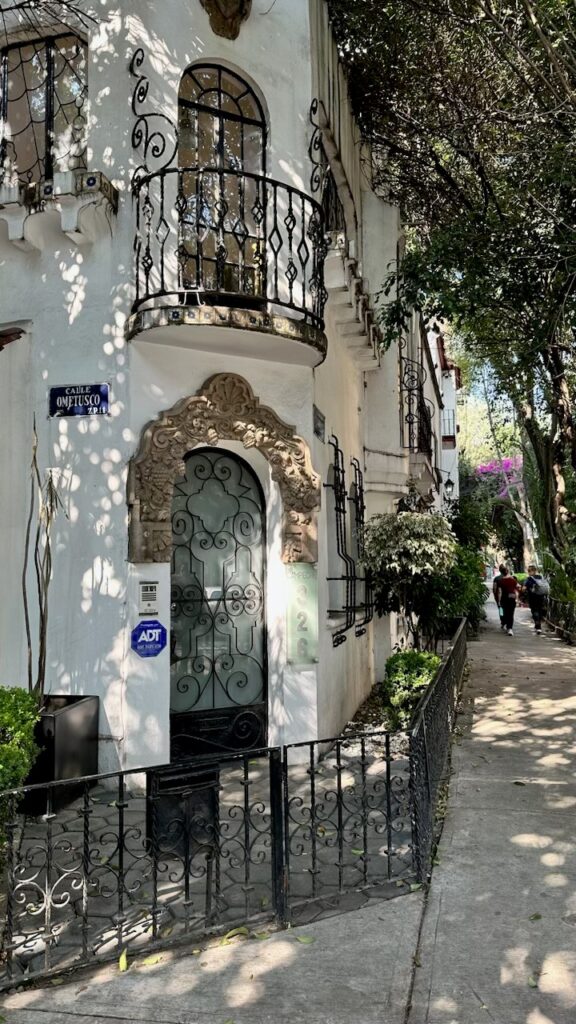 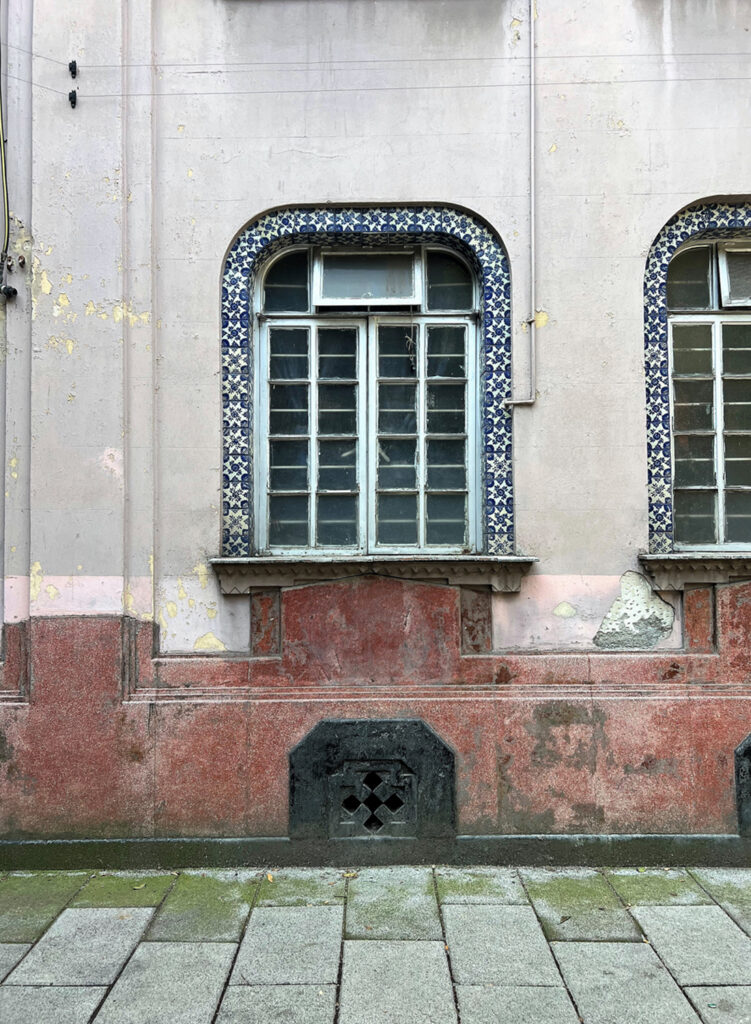 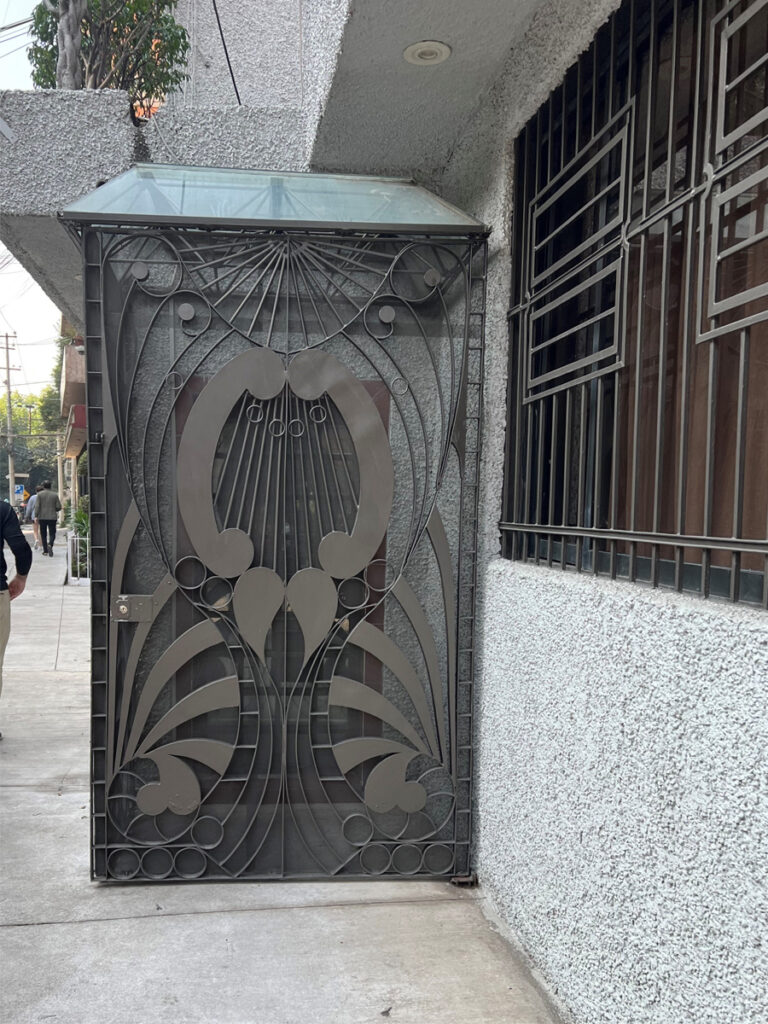 Our group spent most of our time in the Roma Norte, La Condesa, and Hipodromo neighborhoods on the western side of the city. The first thing that struck me was how lush this area of the city is. Layers of tropical trees and countless telephone wires create a canopy over the neighborhood’s side streets. A wide variety of architectural styles intermix in this urban jungle, with art-deco and Spanish colonial details throughout the area. Avenida Amsterdam, a large boulevard with a central walking path, surrounds the Condesa neighborhood and makes for an incredibly pleasant morning stroll. 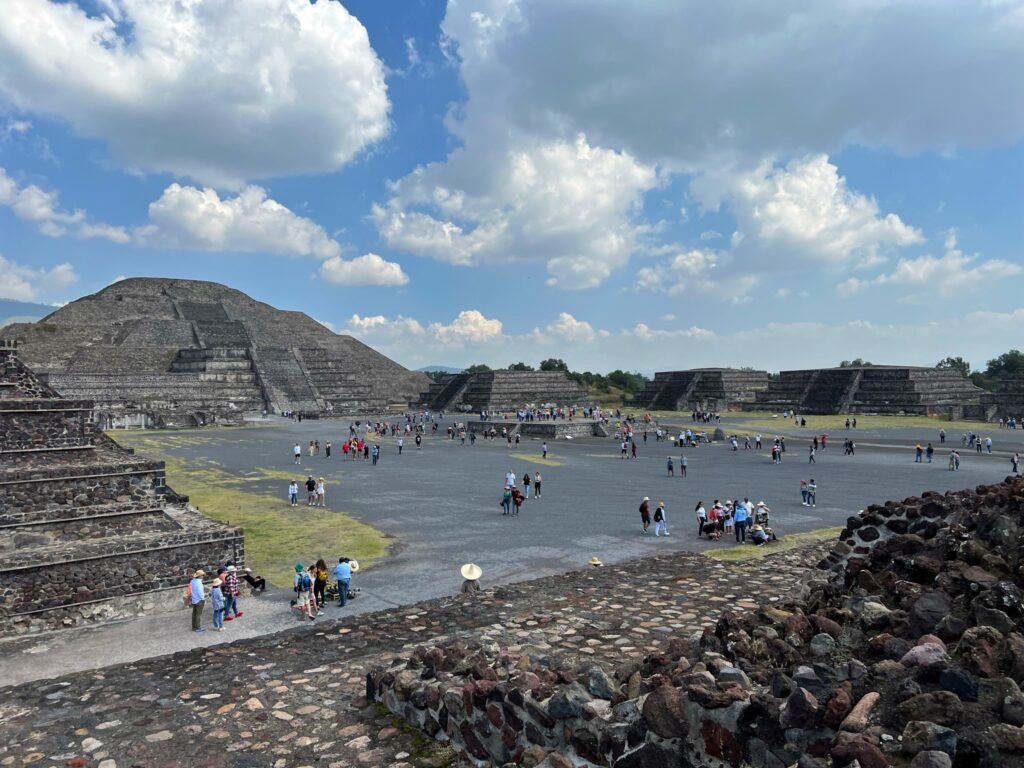 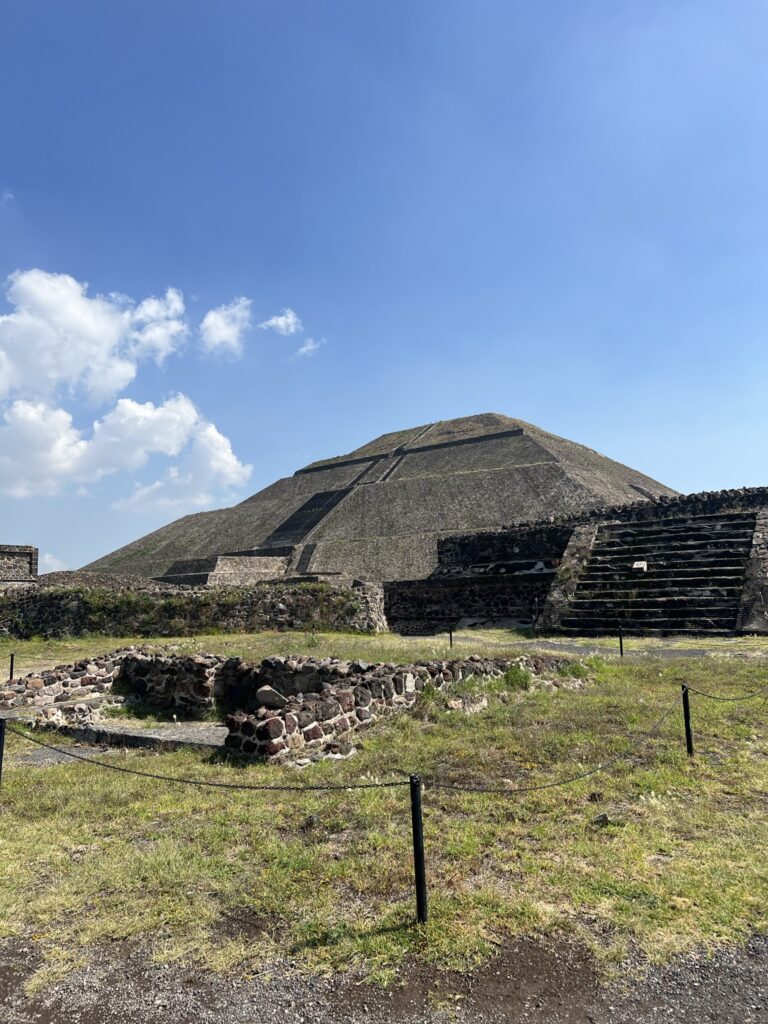 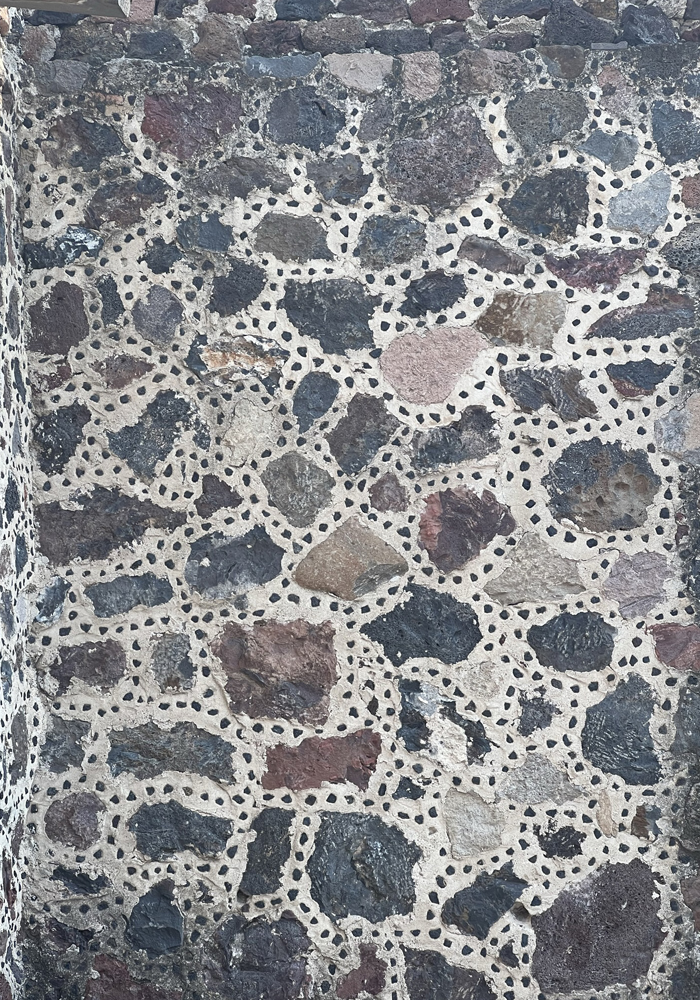 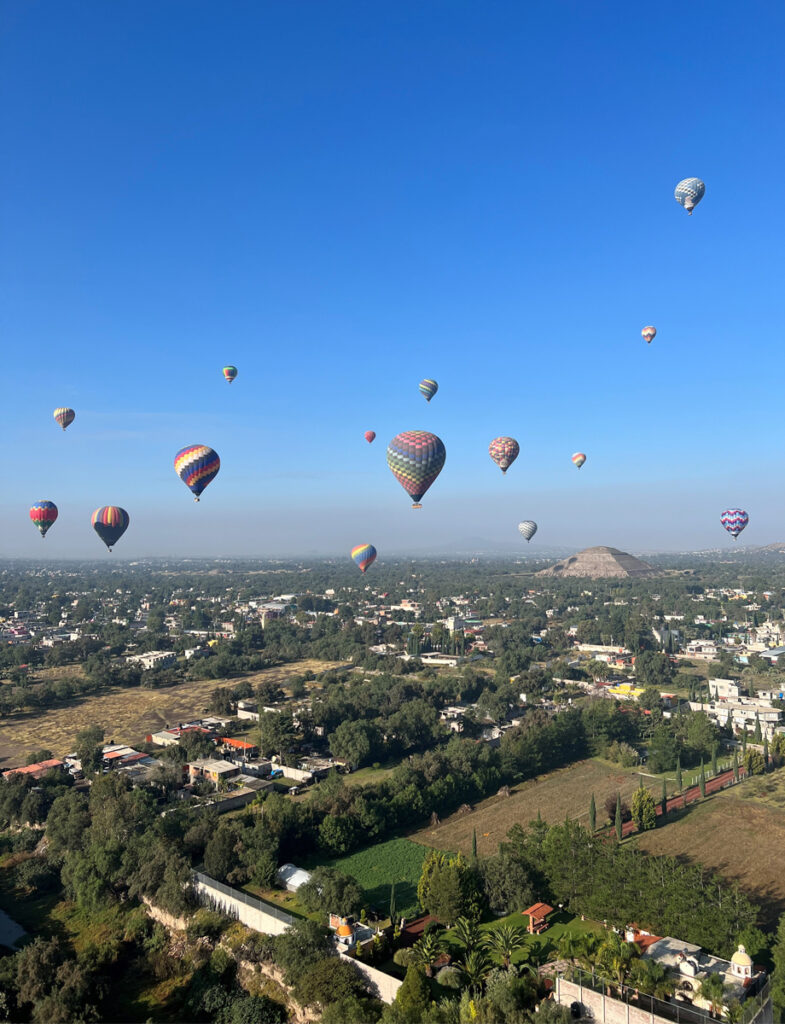 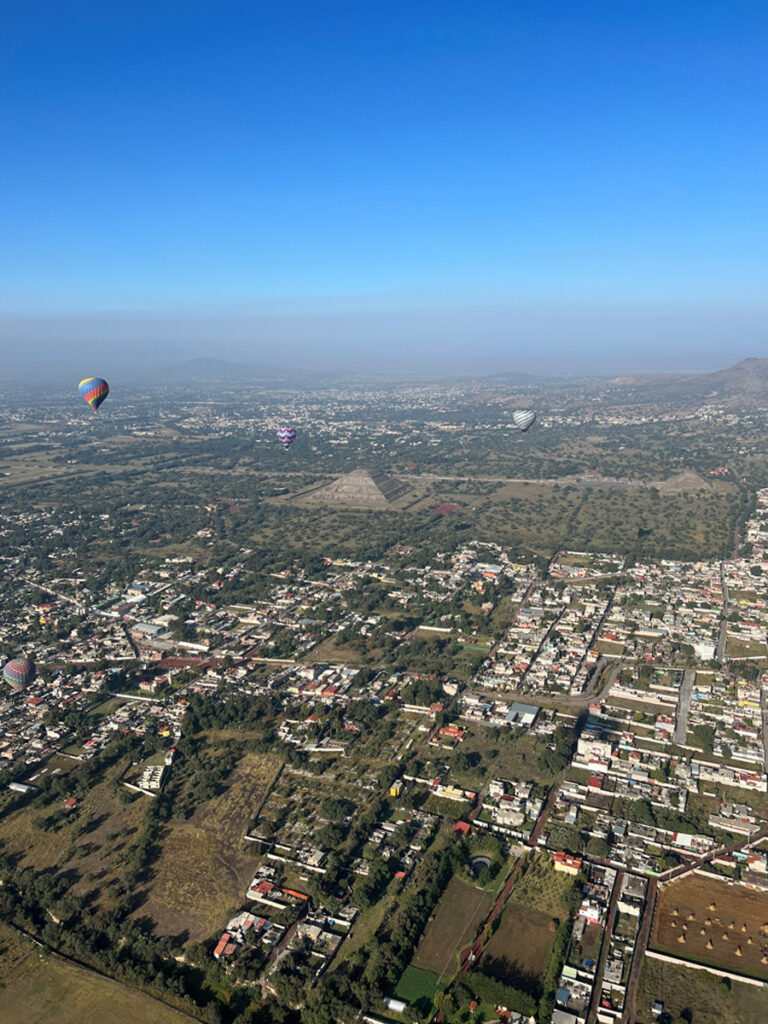 The Pre-Hispanic City of Teotihuacan is located about an hour northeast of Mexico City. This UNESCO World Heritage Site is anchored by the Pyramids of the Sun and the Moon, which still stand today. The Avenue of the Dead, the primary axis of the ancient city, is lined with ruins of former buildings and temples. While much of the site today is exposed stone, when originally built the structures were covered in vibrantly-painted plaster. Some of that original red color can still be seen in the interior courtyard of the Palace of Quetzalpapalotl. In addition to walking around this ancient city, I also got to see it from above! The views from my hot air balloon were unforgettable! 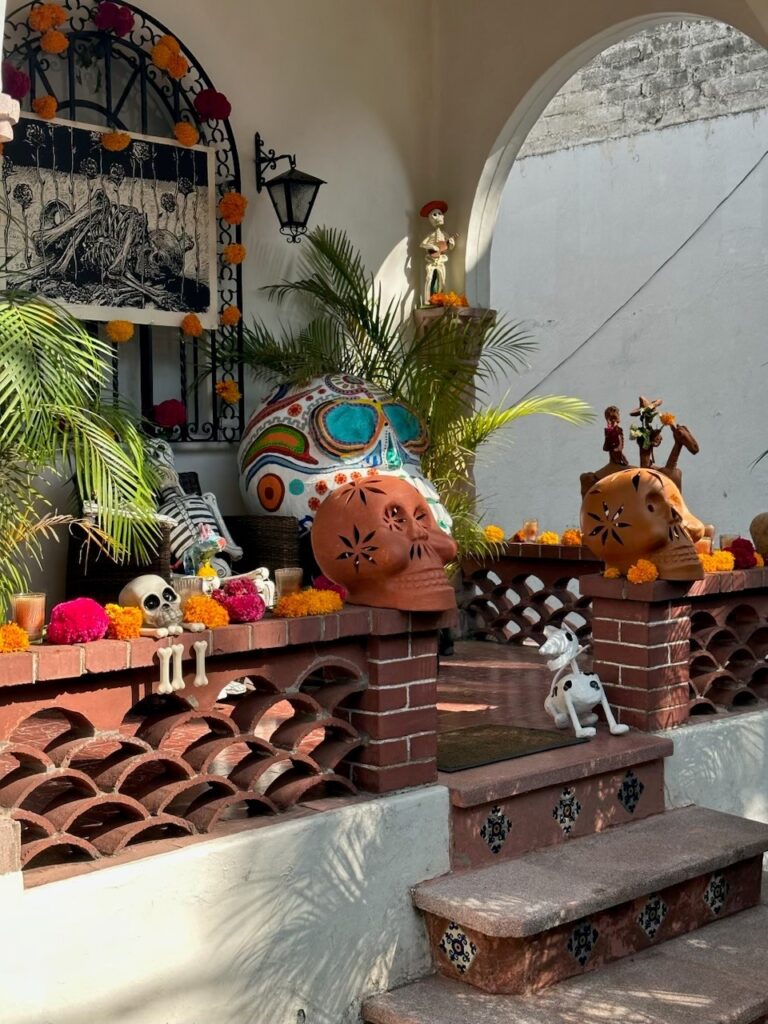 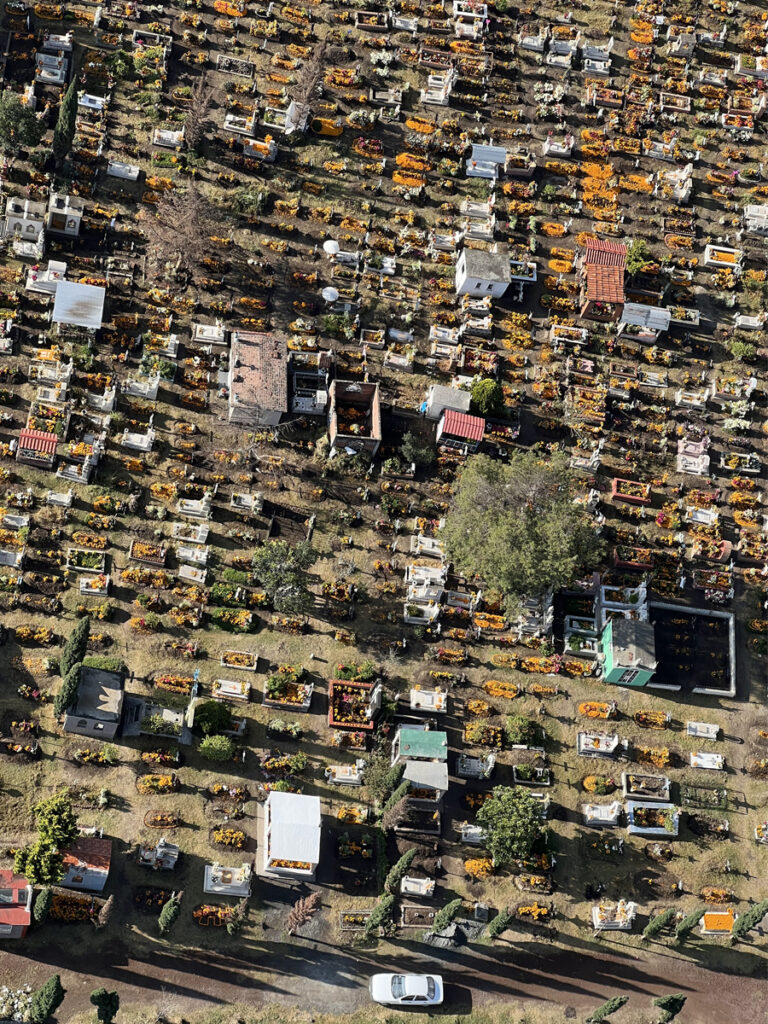 I was in Mexico just after Dia de los Muertos, and remnants of the holiday could be found all across the city – from house entrances with decorations to a community graveyard filled with marigolds. 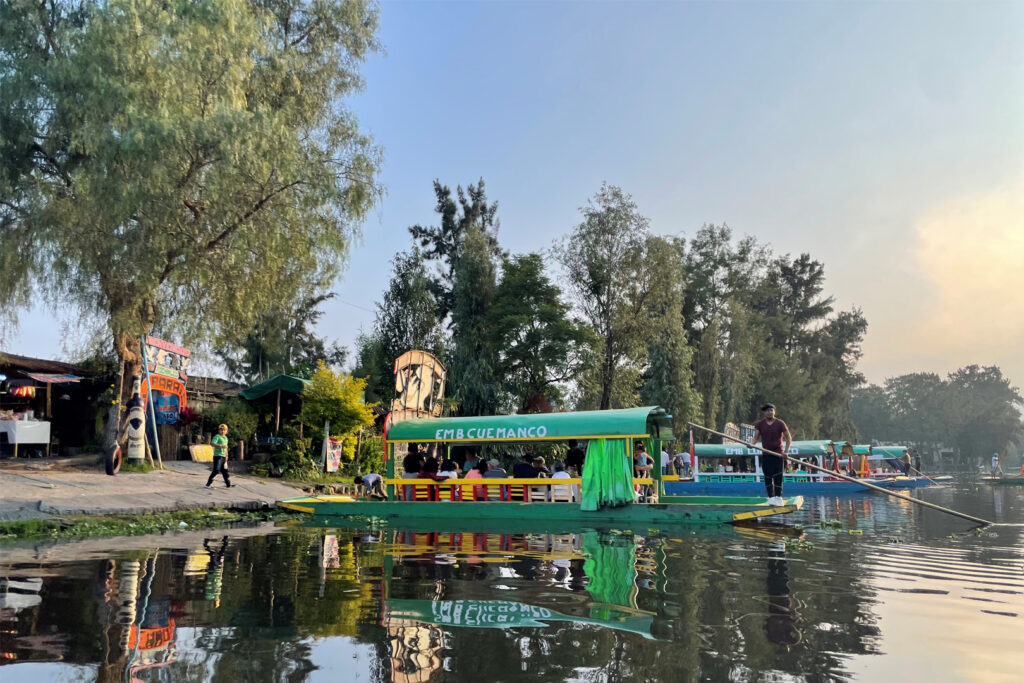 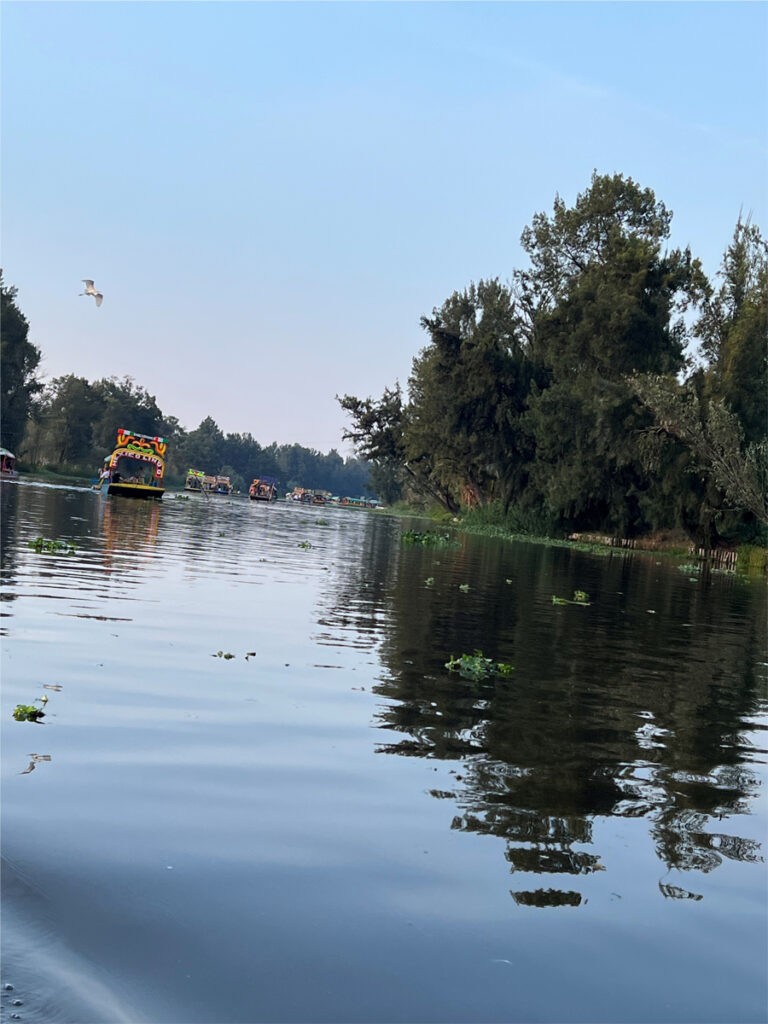 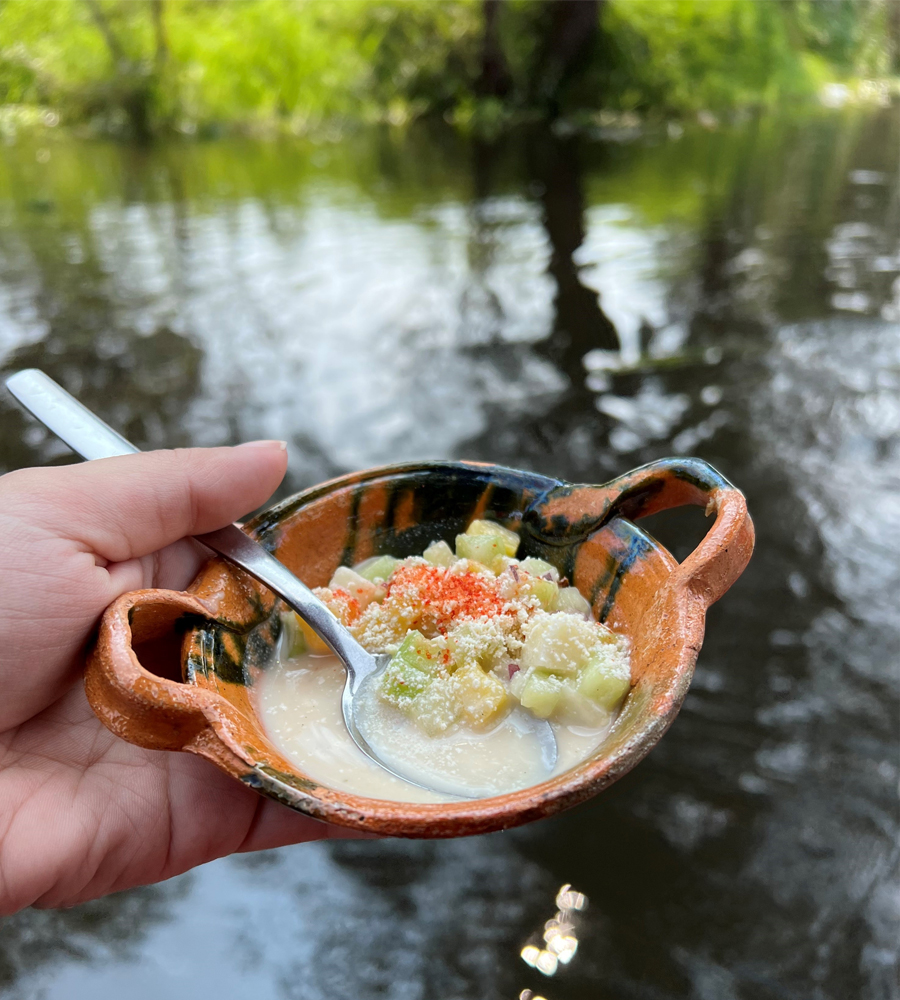 The highlight of my trip was somehow still to come. On our last day in CDMX we ventured to the canals of Xochimilco. Another Pre-Hispanic UNESCO World Heritage Site, this system of canals in an incredible oasis within Mexico City. We floated the canals on one of the many colorful Trajinera boats past the man-made islands to the organic farm Chinampa del Sol run by the organization Arca Tierra. This group supports farmers to produce food and conserve the ecosystem, and they supply produce for some of the best chefs in Mexico City. We were able to tour their gardens and eat an incredible lunch of food grown within the canals. This was a truly incredible visit (and meal!) and I returned to New York still thinking about how I can support this urban farming and preservation project from afar and similar initiatives here at home.