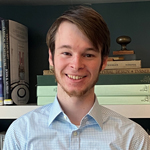 Located in the Mediterranean Sea is an archipelago containing the Republic of Malta. To inform his thesis research, Andrew Seago traveled to Malta to study the contrast between city and countryside. Follow along as he explores the island’s rich architectural history and urbanism.

The capital city of Valletta is home to a wide range of architectural monuments in a compact area. The 16th century St. Catherine’s church withdraws shyly, only steps away from a brand new Parliament House by Renzo Piano, which stirred controversy for the contrast it makes to Malta’s classical and vernacular heritage. 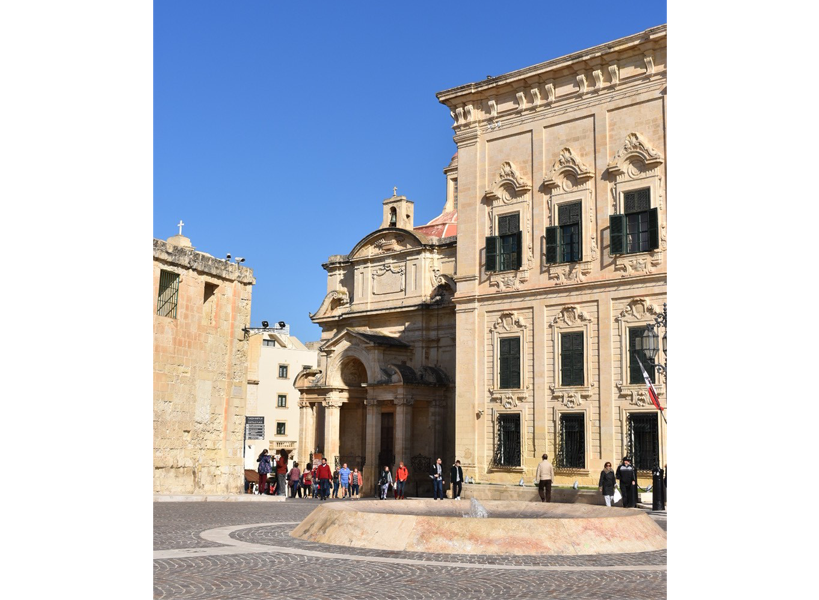 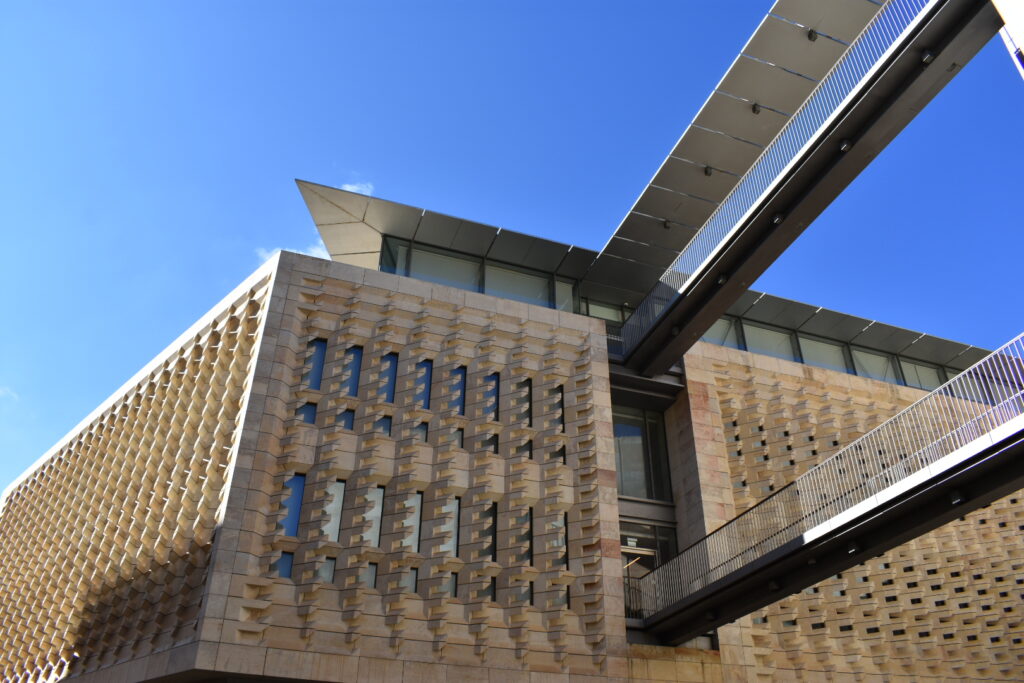 Visitors can catch a glimpse of the President’s office, which is right around the corner of this elliptical staircase in the Grandmaster’s Palace. 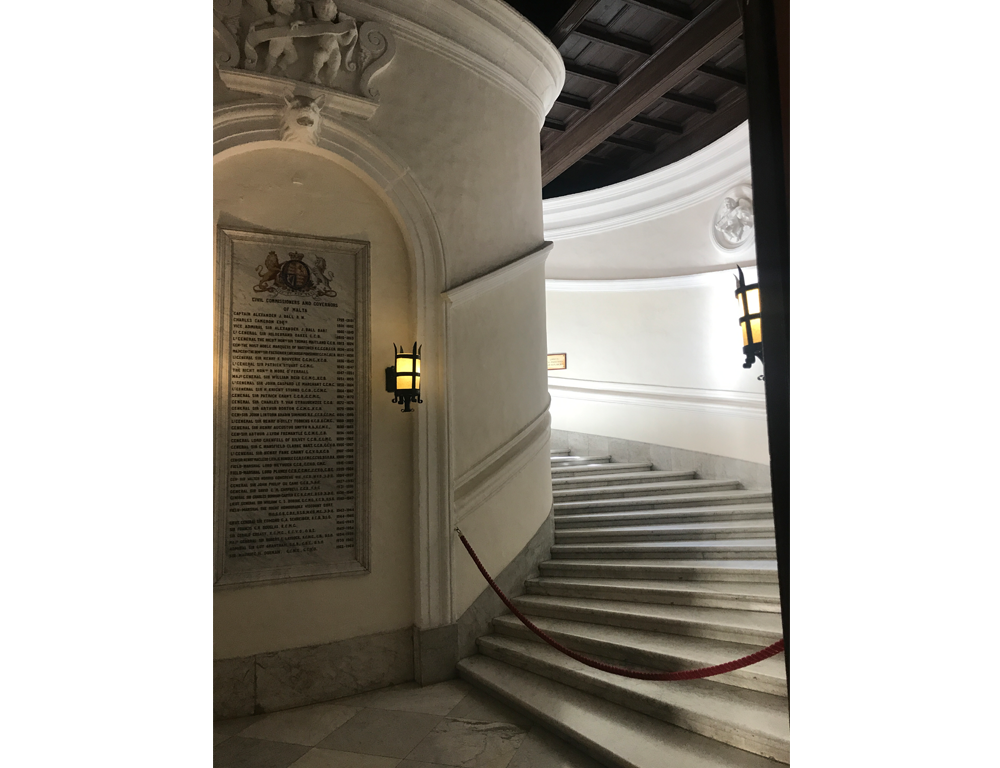 Valletta is famous for her “gallerija”, striking enclosed balconies that grace both private and public buildings. This one projects from the reading room of the National Library.

A British-era market hall in Valletta is a rare instance of decorative ironwork on the island. 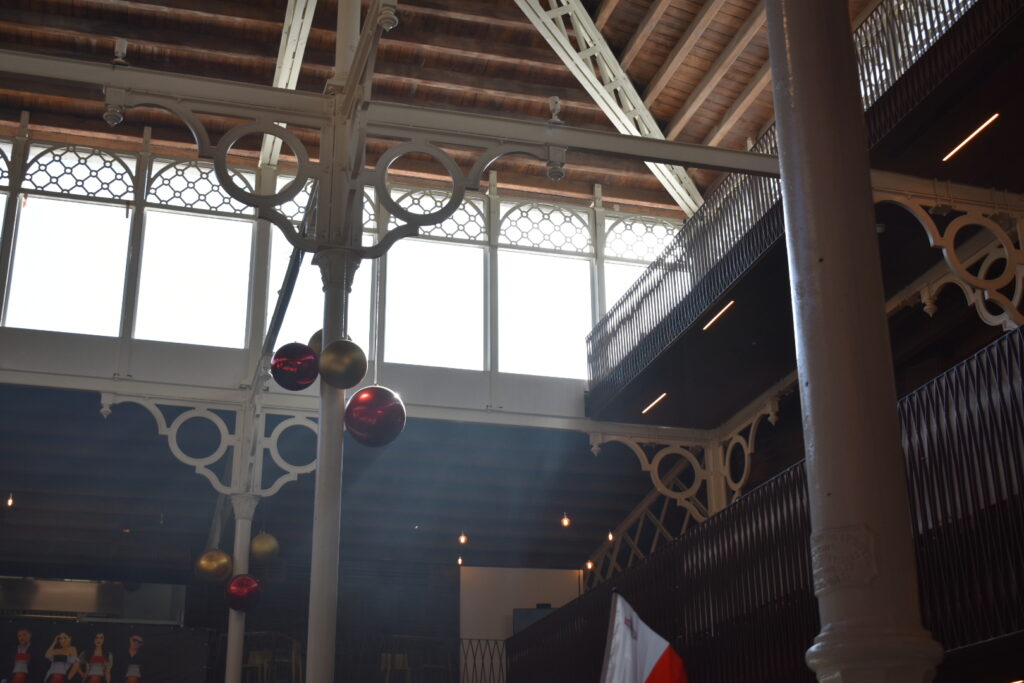 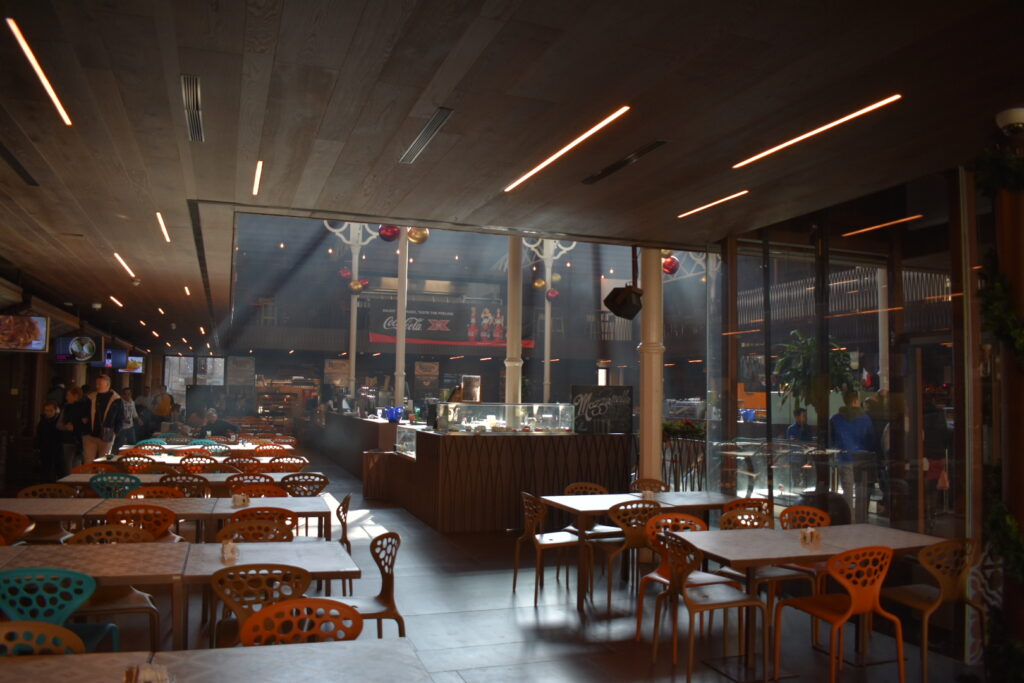 The bastions around the capital survive from her days under the Order of the Knights of Malta, and today the top of the massive walls make for a precarious picnic spot among locals.

The trench cut into the stone at my feet once held an enormous chain that spanned the main harbor of Valletta and could be stretched taut to prevent enemy ships from sailing in. 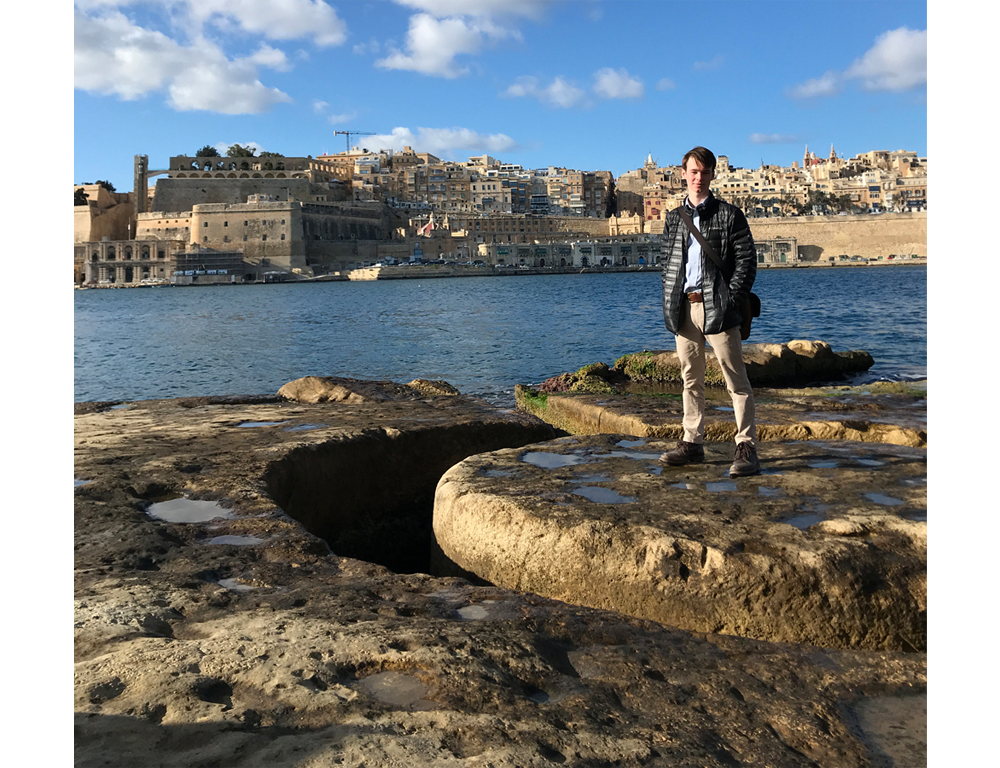 Cittadella, on the smaller island of Gozo, is a remarkable fortified town in which the southern half is inhabited, while the northern half is occupied only by the foundations of medieval buildings, now enclosing plots of clover and daisies. 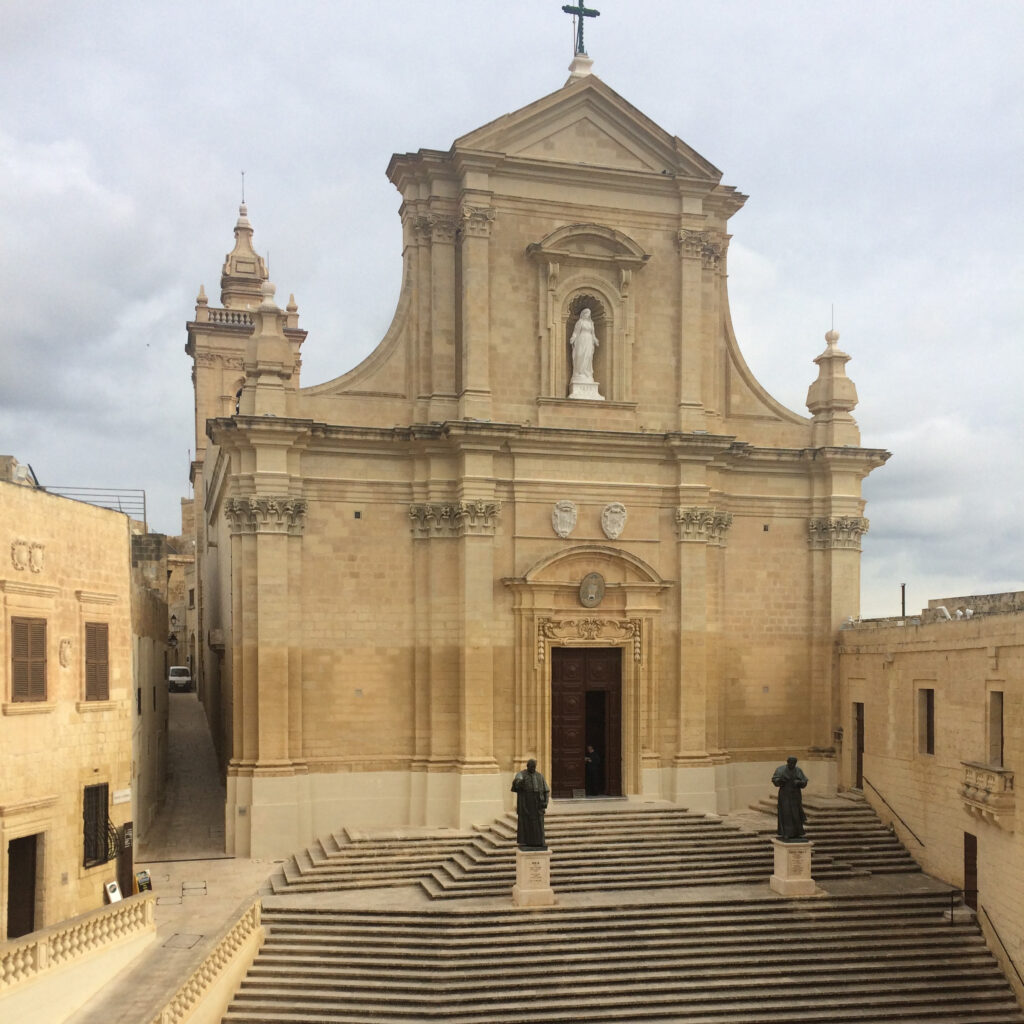 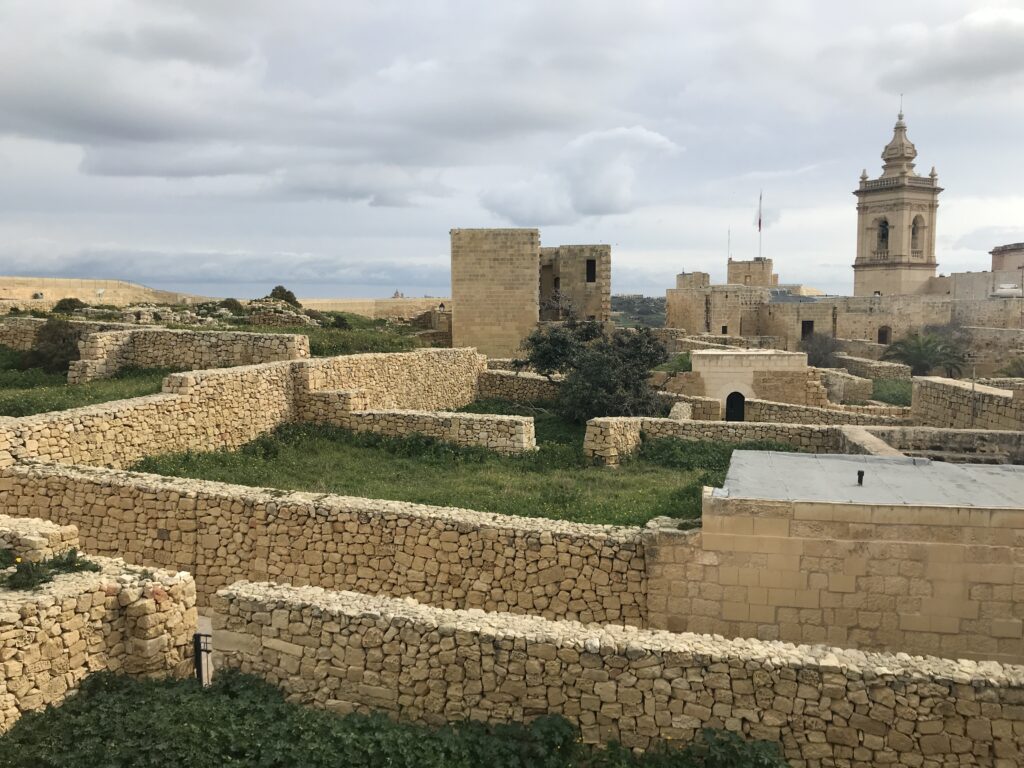 Maltese architecture ranges from humble, cubic farmhouses to extravagant baroque idiosyncrasy, but all of it is crisply carved into the honey-colored limestone, and then slowly eroded by the wind. I left with the impression of a cohesive built and natural environment. 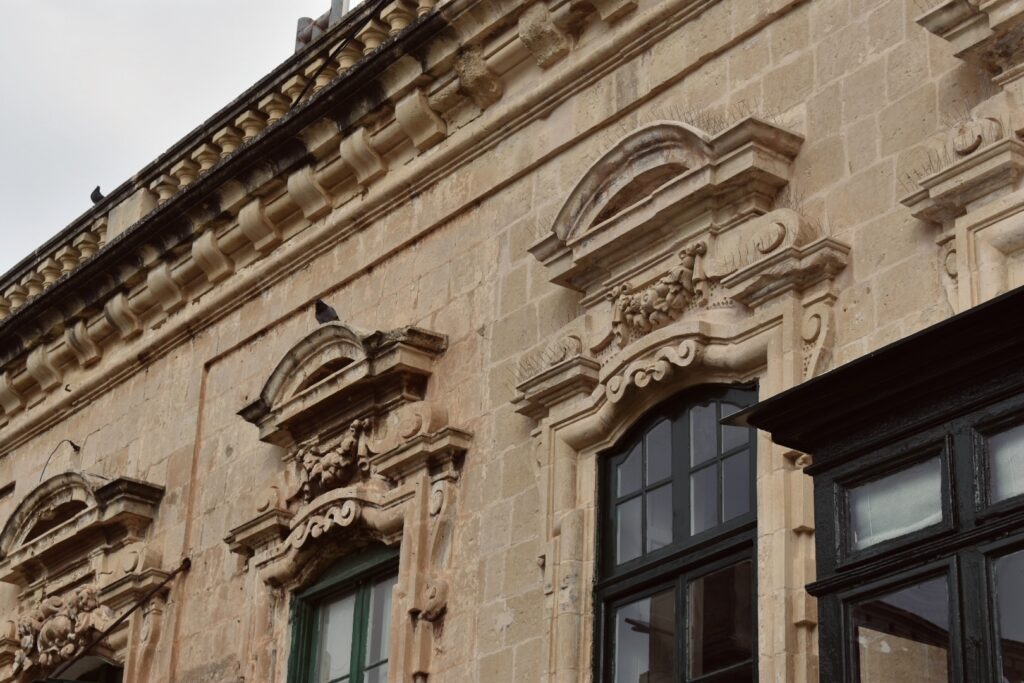