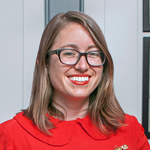 Revisiting family roots in Lowell, Massachusetts, Lora delved into how the city established itself as the cradle of the American Industrial Revolution for its textile production and water-powered cotton mills.

I came to visit Massachusetts on a journey to explore my family history in the Northeast, uncover my roots, and walk their path. The city of Lowell was on my agenda as the town where my older brother was born, a place I last visited as a toddler. Lowell, however, had its own history to share, threaded with innovation and the birth of the Industrial Revolution.

Located along the Merrimack River northwest of Boston, Lowell was planned uniquely to harness the river (which dropped at this location) to power large-scale textile mills that could process raw cotton and wool into finished fabric and garments. Water power centralized the multiple steps of textile manufacturing into one location. Lowell’s textile mills found success and increased to eleven at their peak, each with a complex of mill buildings, courtyards, and support structures, creating an urban fabric of industrial buildings positioned alongside canals. 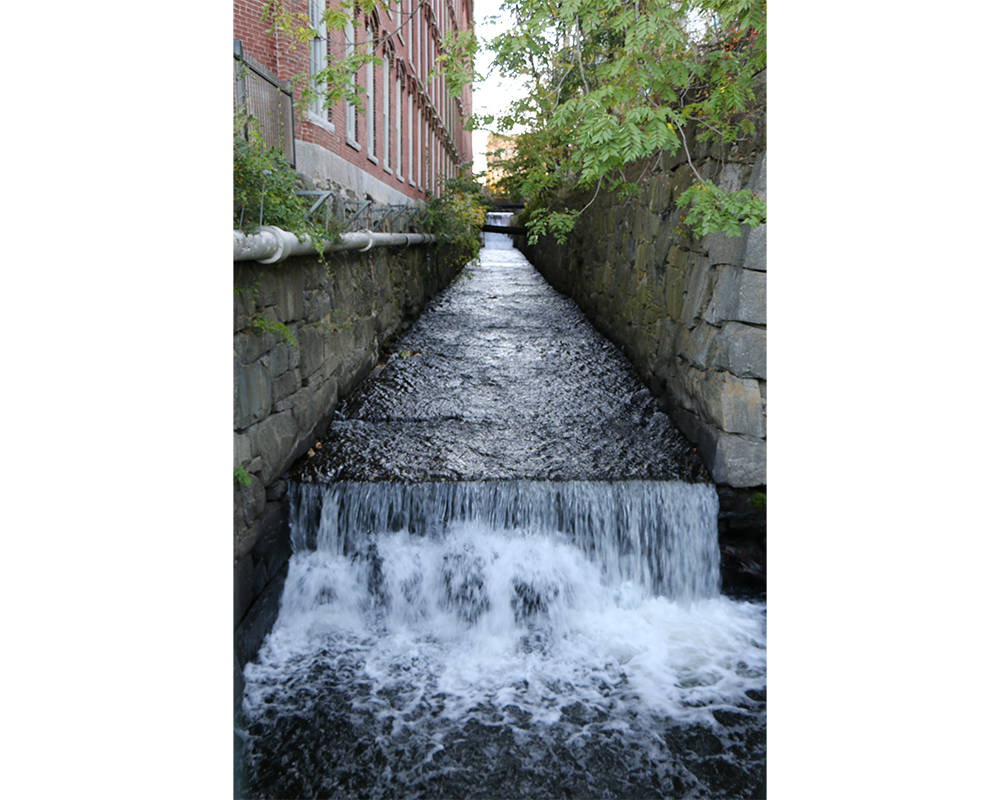 The town’s namesake, Francis Cabot Lowell, is credited for learning textile mill manufacturing by observing machines in Europe, traveling home to America with plans only in his head, and relaying them to American engineers who improved upon their designs. Lowell created the Boston Manufacturing Company, which founded the town in the 1830s shortly after his passing. 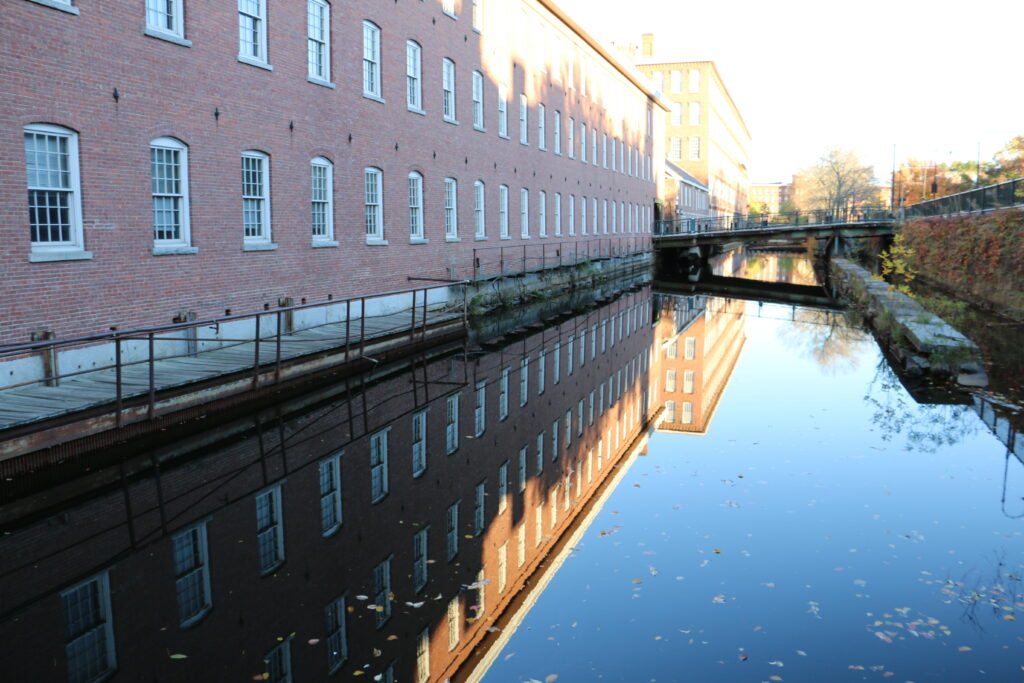 Incorporated in 1836, the City of Lowell outgrew the original town hall (now occupied by the Enterprise Bank and Trust Company) though it remained in use for public functions. In 1845, the town hall served as the nation’s first city library; in 1848, Illinois Congressman Abraham Lincoln gave a speech here. Though the original construction reflected Greek Revival style details, its 1896 renovation to the Colonial Revival style is visible today. 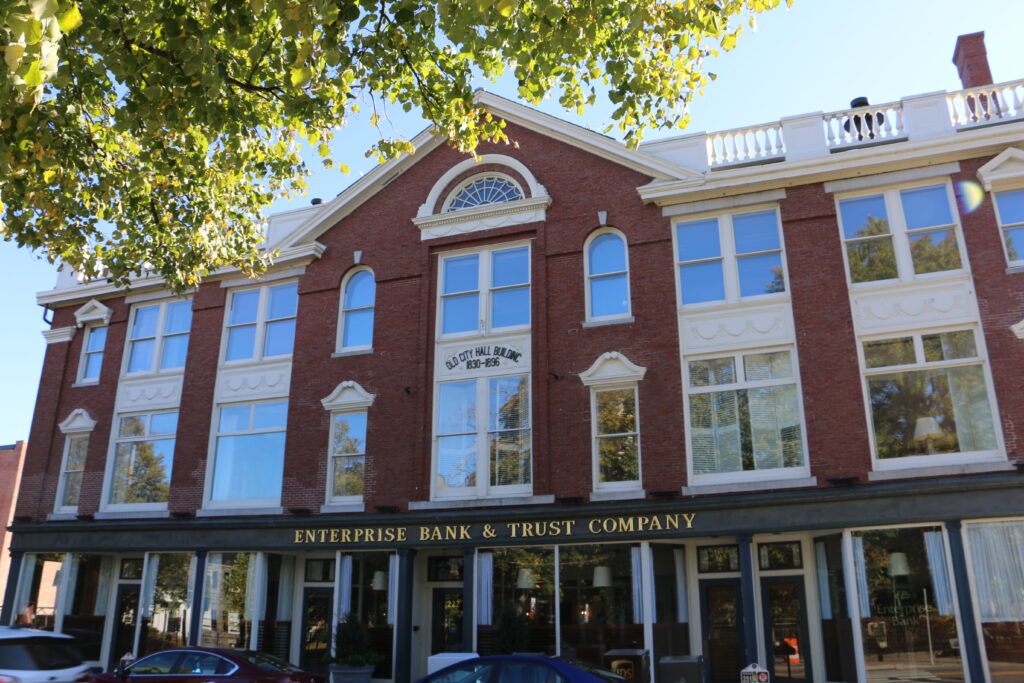 The Boott Cotton Mill complex, which can be explored as part of the National Park system, provides a glimpse into the work and lives of people in Lowell throughout the Industrial Revolution. The initial complex was built in 1835 and adapted to different power sources as available technology changed, including water power, steam power, and electricity. Though these changes over time influenced the appearance of the mill yard, the roots in water power could not be erased. Mill sites were located parallel to the river or canals, using water wheels and turbines. New canals were added as Lowell grew. 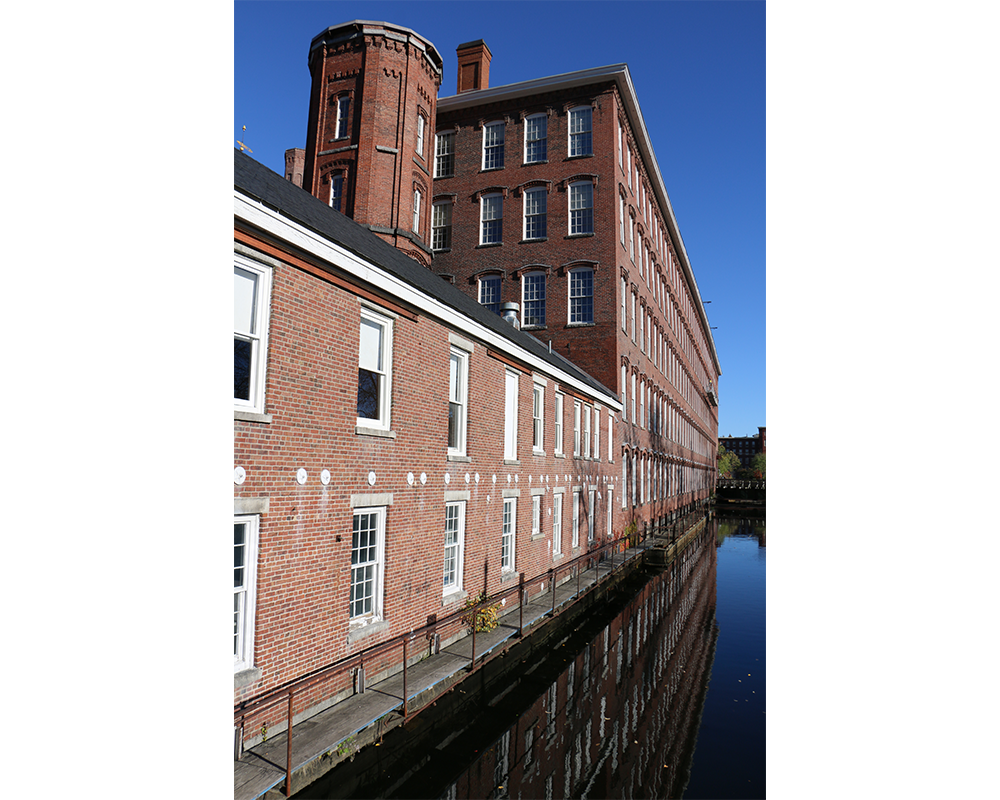 Boott mill buildings are heavy timber structures built in the post-and-beam construction method. The buildings range from three to five stories tall, with brick exteriors facing courtyard spaces. The regular rows of fenestration and the use of brick with granite sill and trim details provide a sense of uniformity. The plethora of windows maximized natural light on the factory floors. 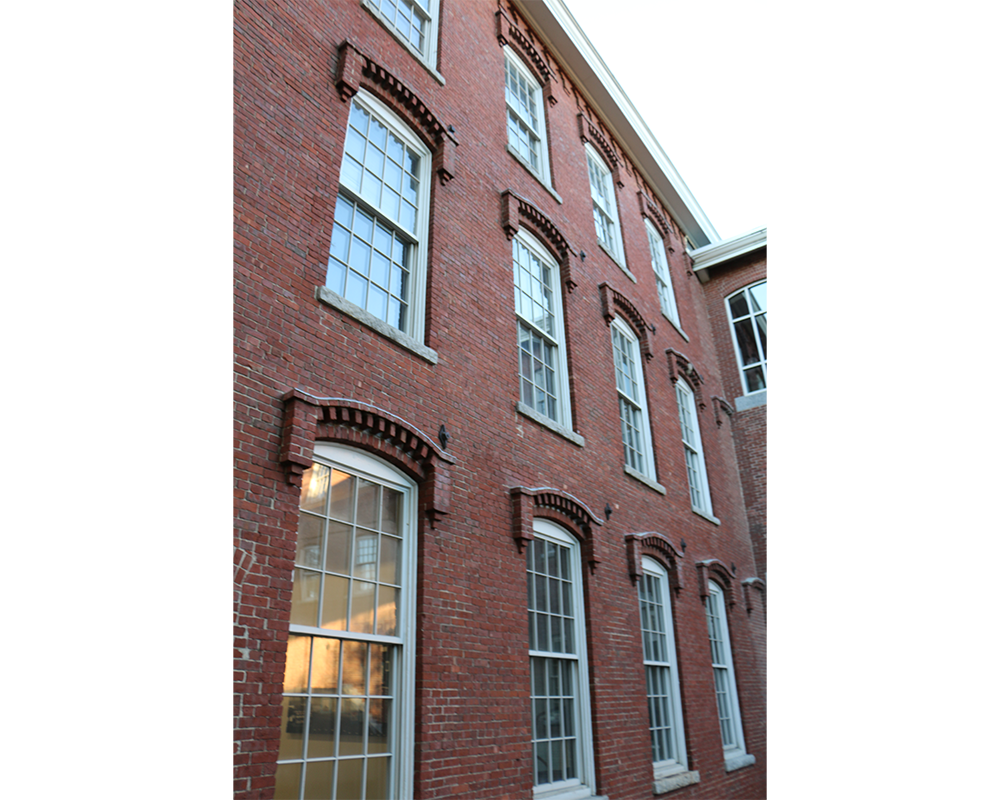 Early 1830s buildings show Federal and Greek Revival detail, while later additions from the 1840s to 1890s show Italianate features like corbelled brick at cornices and arched dentil window details. Harry P. Graves oversaw the design of new buildings and expansions for much of the mill’s lifespan. Canals and factories were built by a majority immigrant labor force, many coming from Ireland to escape famine. 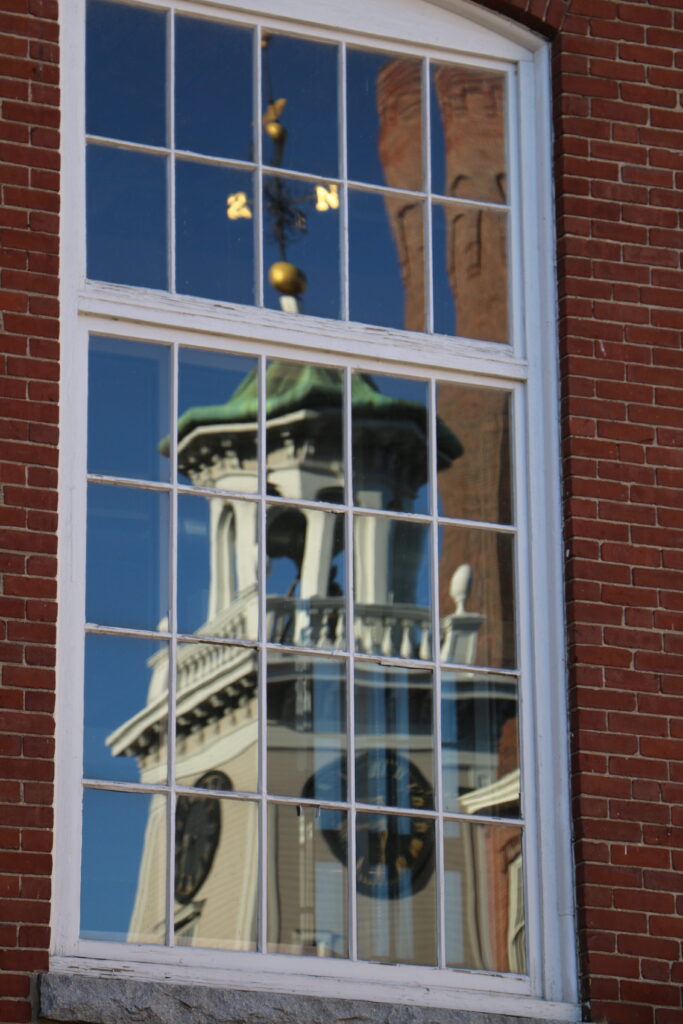 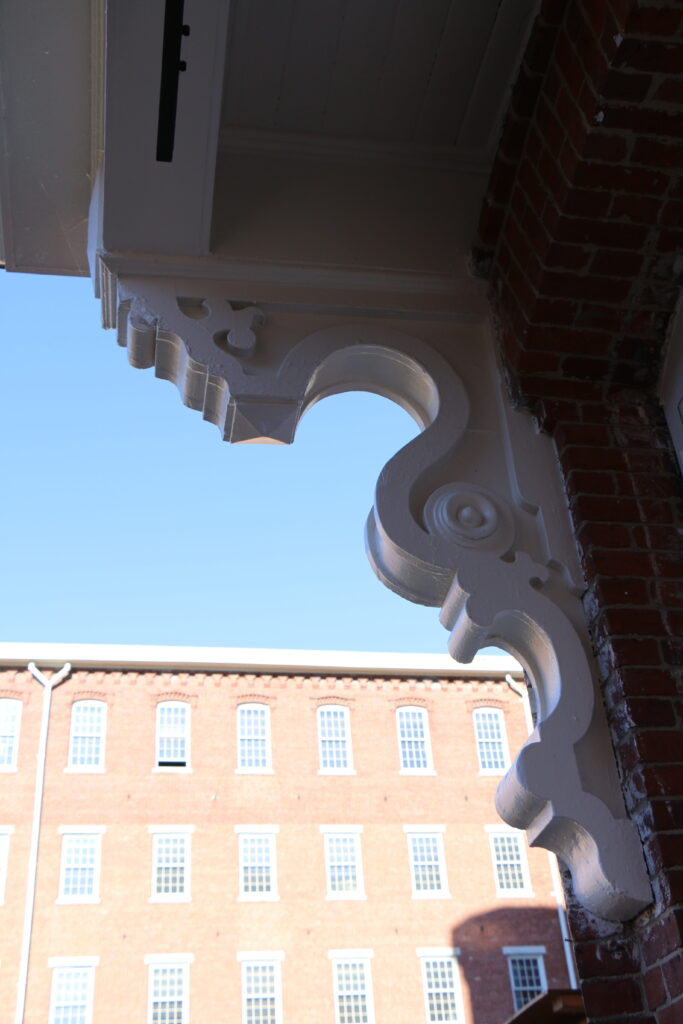 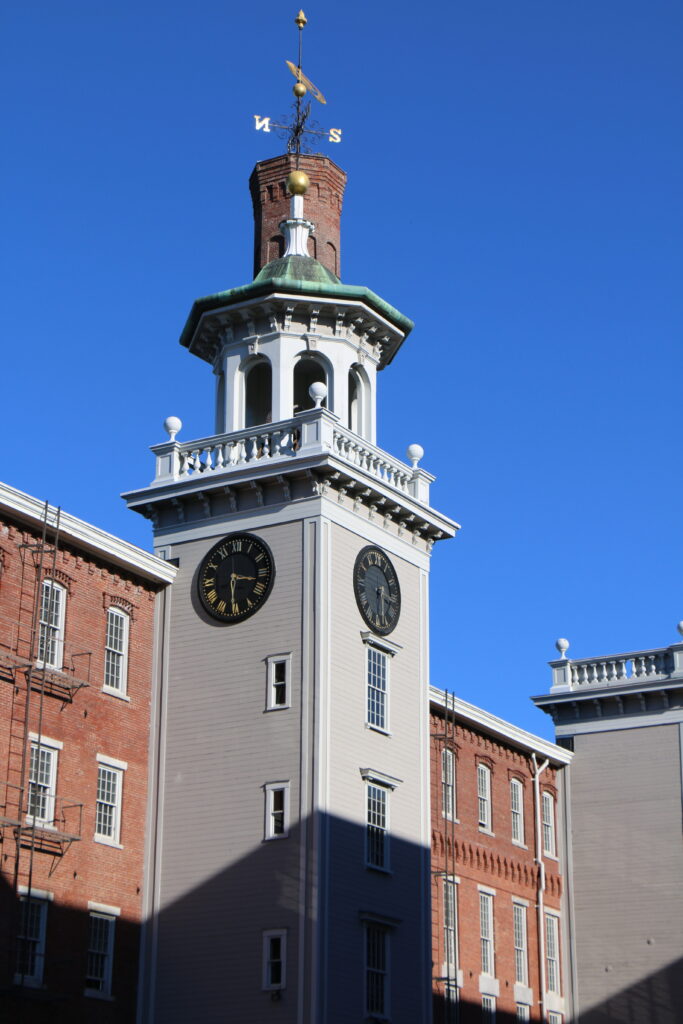 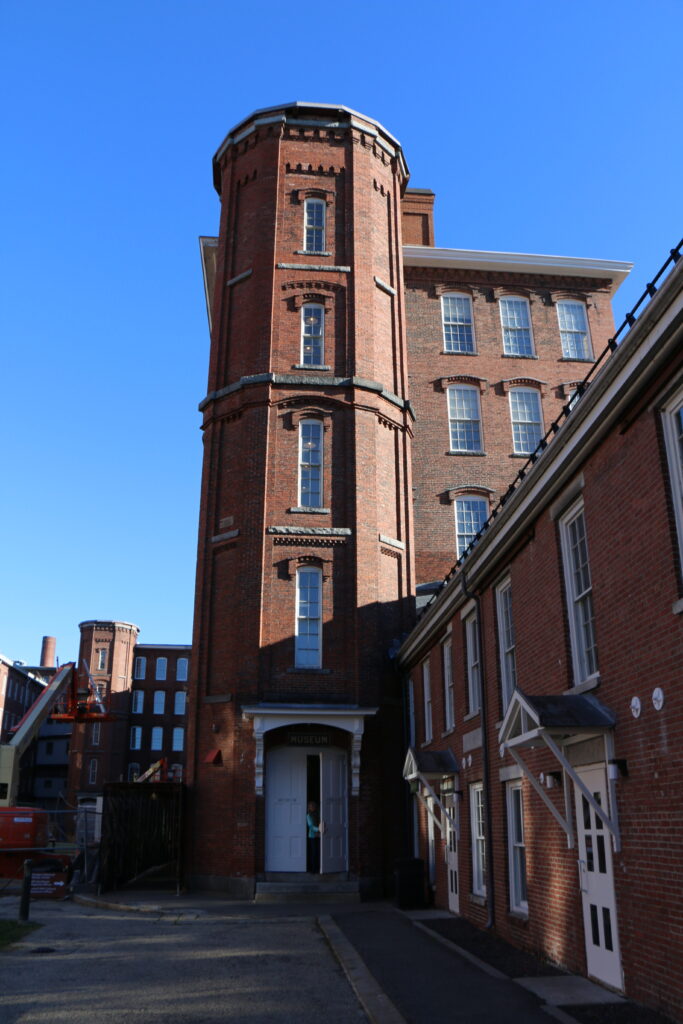 The two brick towers designate the main entrance to the mill. From the main entrance, workers could use the vertical circulation in the tower and a series of elevated connectors to navigate the complex. 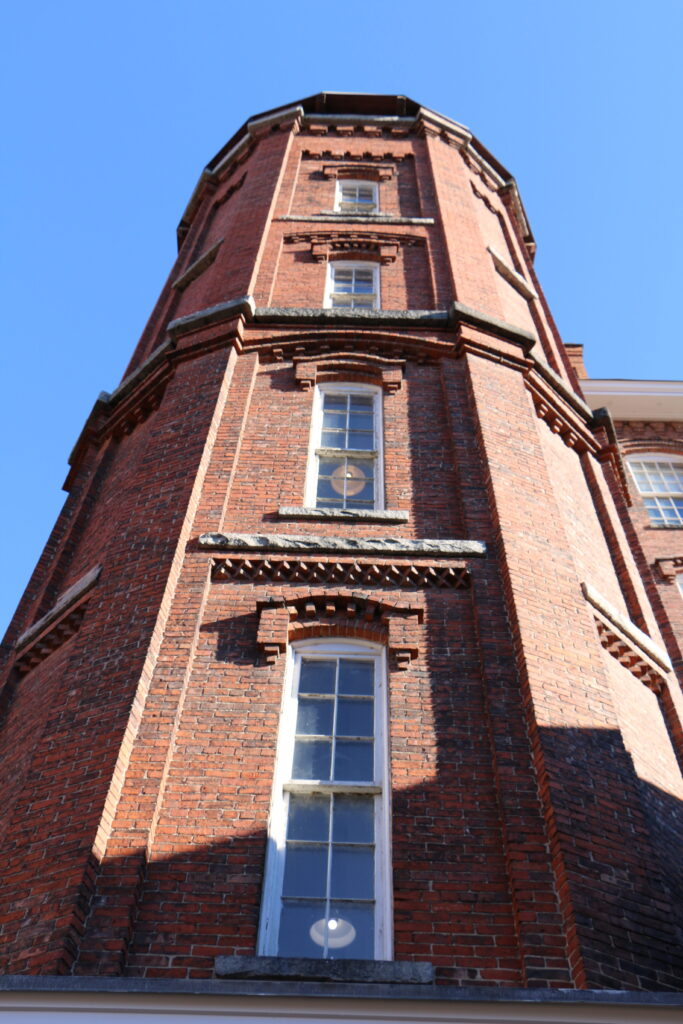 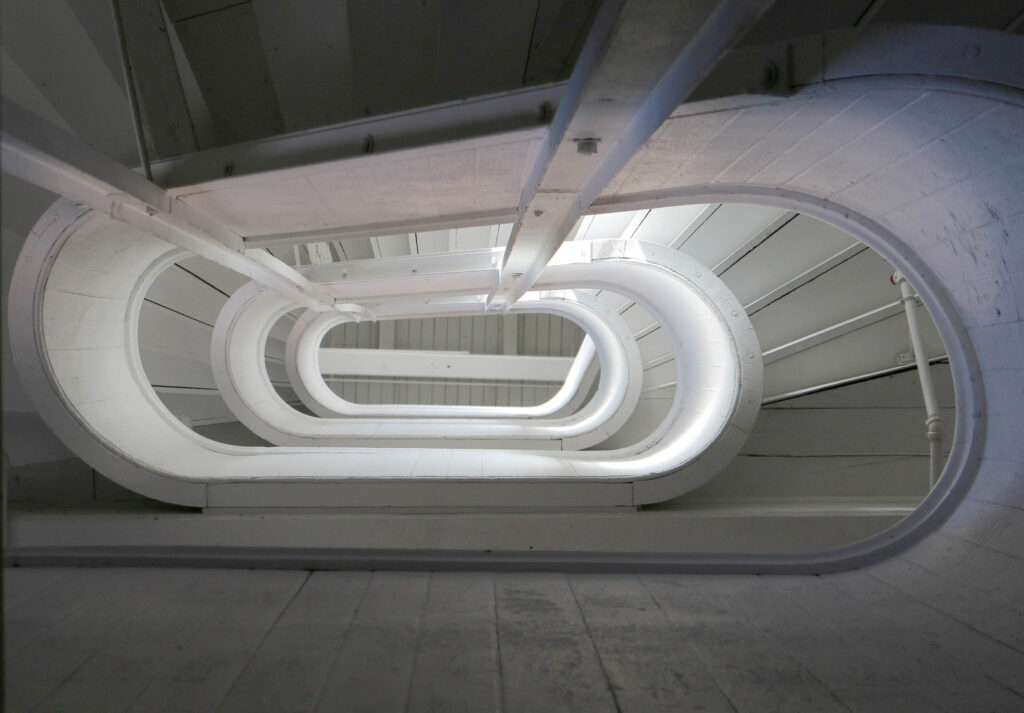 A punch card station stands by this entrance. The mills of Lowell were known for giving a working opportunity to young single women, called mill girls or Lowell girls, many coming from farm families throughout New England. During the mill’s production prime, over 76% of the workers were female. Housing was provided by the textile companies, often across the street from the mill buildings, and the community created social and learning opportunities. 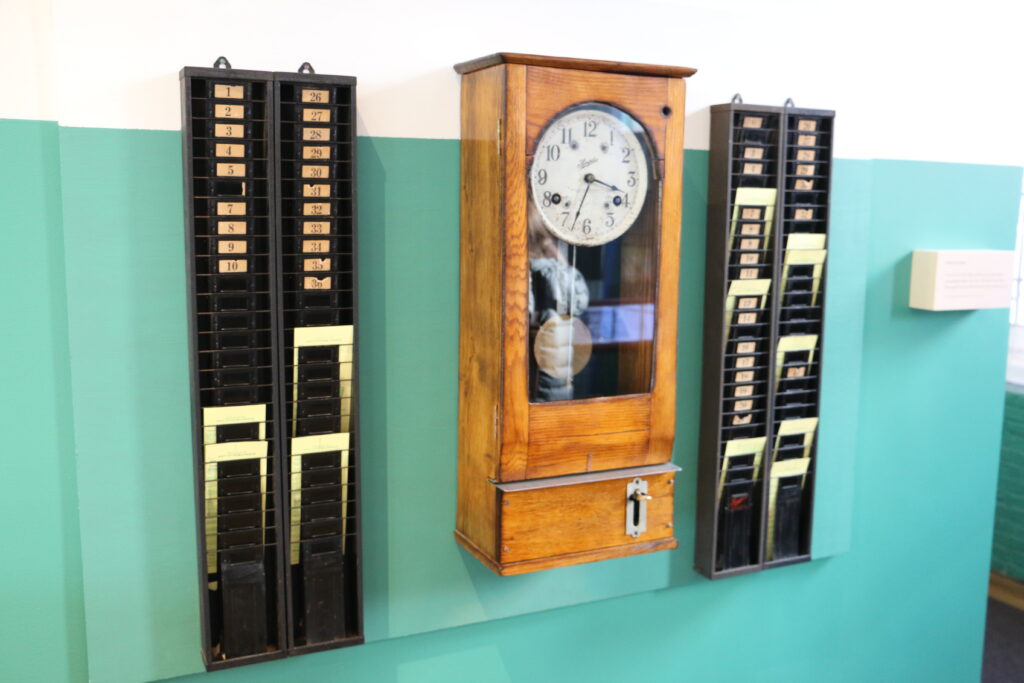 Within Boott, the weave room is filled with operational power looms from the 1920s. When the mill was operating, this room would have been hot, loud, and stuffy with cotton dust in the air. The power weave machinery used in the mills was a further improvement upon the designs commissioned originally by Francis Cabot Lowell.

Although the 1920s power weavers here run on electricity, the early models would have been powered via tailraces, raceways, and penstocks beneath each mill building that channeled the water from the adjacent canals. The moving water turned large wheels connected to a series of belts running between floor levels. 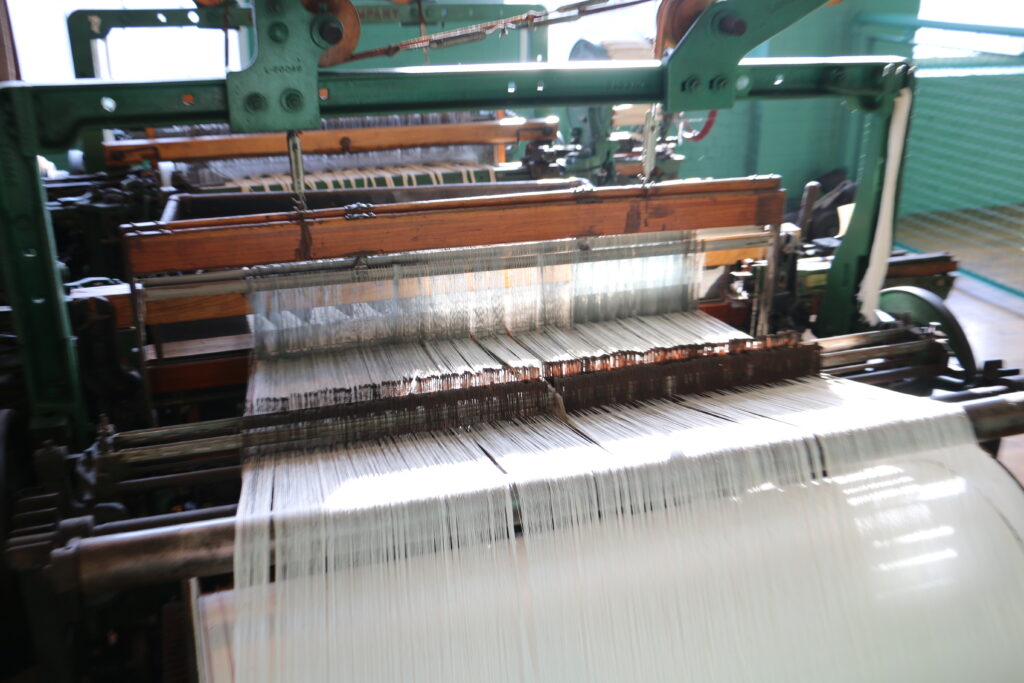 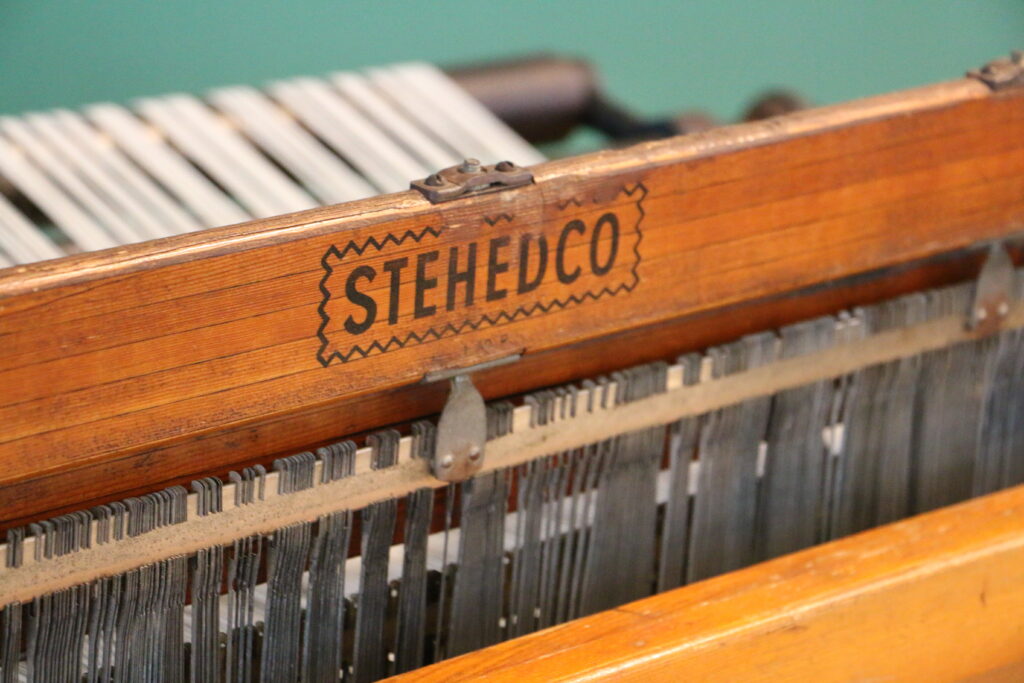 The working opportunities within the mill created a community outside of it and allowed the town to grow. The Bon Marché building is a department store opened in 1878 by two brothers, where many mill girls shopped.

Lowell’s transformation from farmland adjacent to a river to a thriving industrial society tells a story of the power of the Industrial Revolution in America. In the mid-to-late 1800s, the mills in Lowell dominated the US textile industry, producing more cotton products than the southern states combined and exporting as far as China. Immigrants coming through northeastern ports made their way to Lowell for work, and by 1900 almost half of the city’s population was foreign-born. In the 1950s, many mills lost their textile function and were used for miscellaneous manufacturing and warehouse space, marking an end of an era.

The city of Lowell pioneered the use of waterpower technology and forged urban planning ideas by organizing canals, streets, courtyards, and train tracks about an industrial framework. It also led a movement in worker housing, women in the workplace, and eventually workers’ rights, and helped to lead the way to our modern industrialized world.