A Nebraska native for eight years, Chris Eiland hadn’t yet been to the capital city of Lincoln. Within an hour’s drive from his home, the Nebraska State Capitol gave Chris the excuse to venture into town.

I’ve lived in Omaha for the past eight years but had never taken the time to visit the Nebraska State Capital in downtown Lincoln. This summer I decided to take my two kids on a short 60-mile road trip to see this iconic design up close.

The Nebraska State Capitol was designed by architect Bertram Goodhue, who won a nationwide design competition to earn the commission in 1920. The design features a domed tower visible from up to 20 miles away, but here is the view I captured from just a few blocks south. 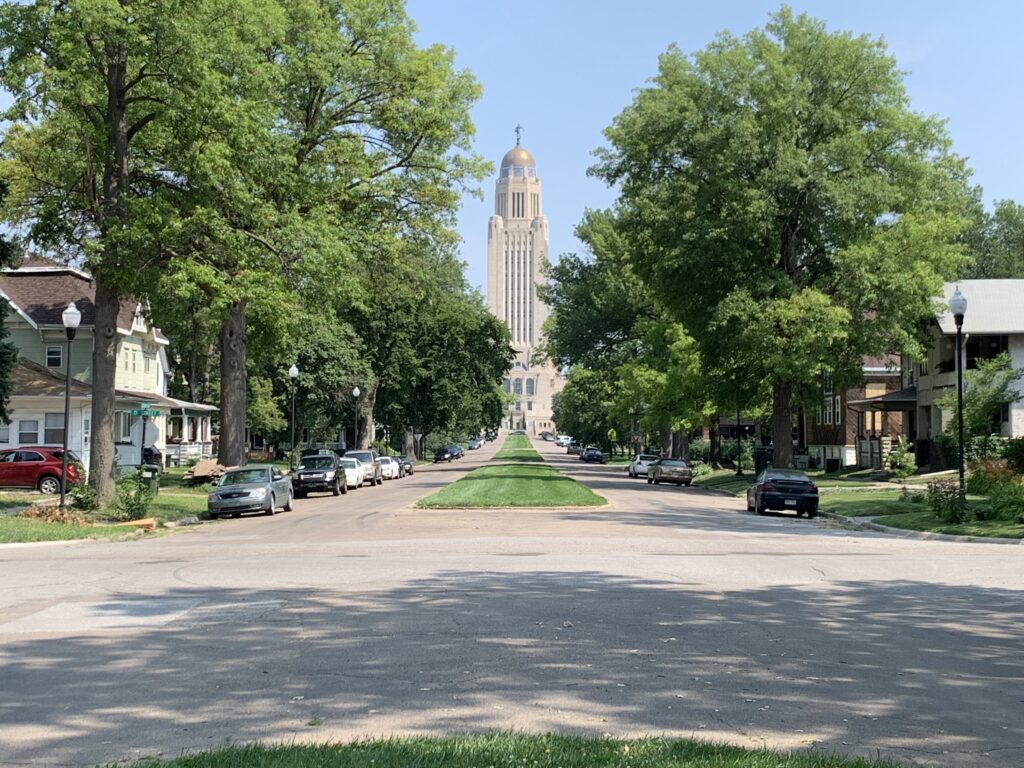 The building’s broad base echoes the surrounding plains. 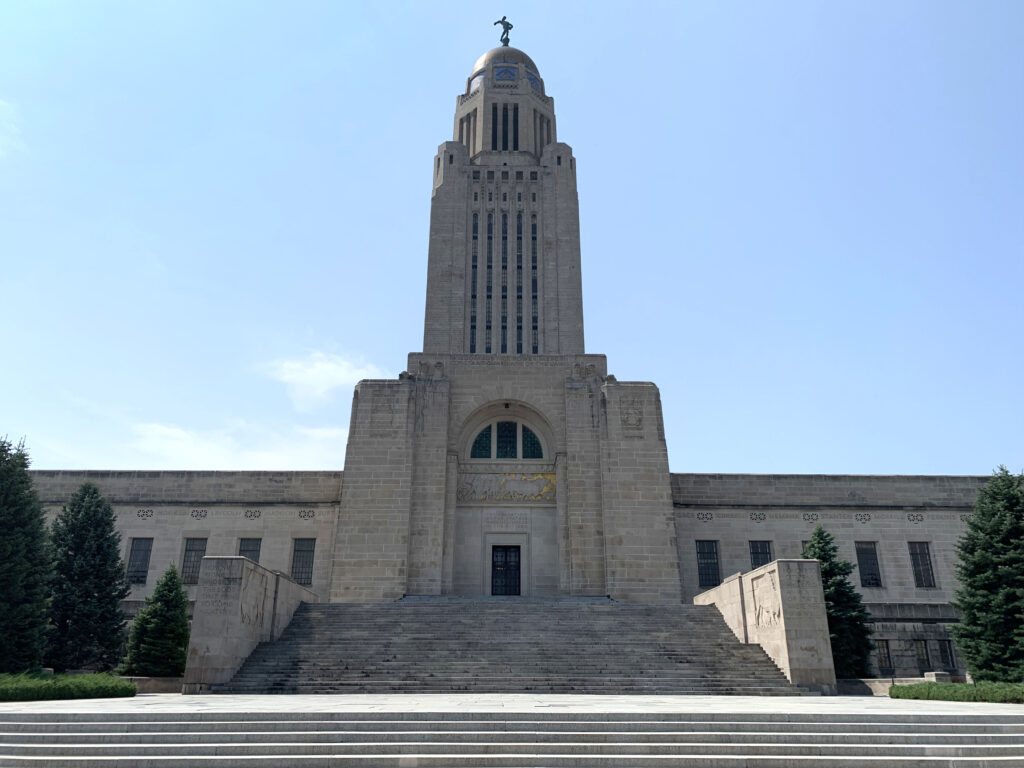 After taking an elevator to the 14th-floor observation deck, visitors can see four courtyards surrounding the central tower. 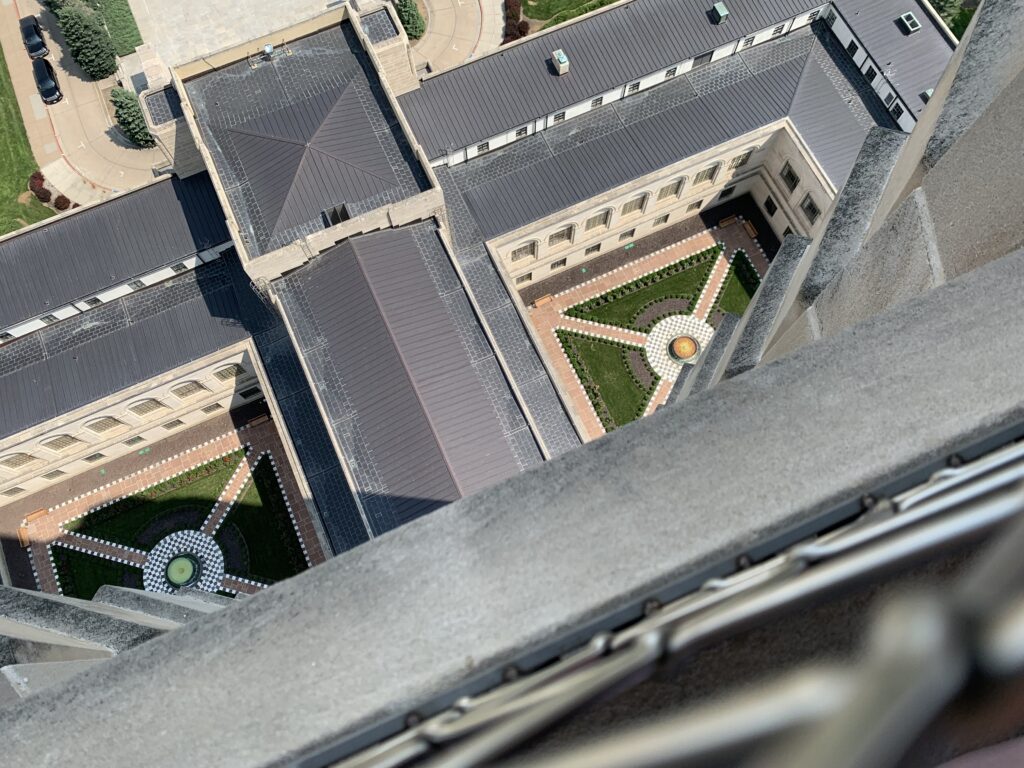 The courtyards are reminiscent of Renaissance architecture, with shaded loggias in summer and large windows protected from the cold winds of winter. 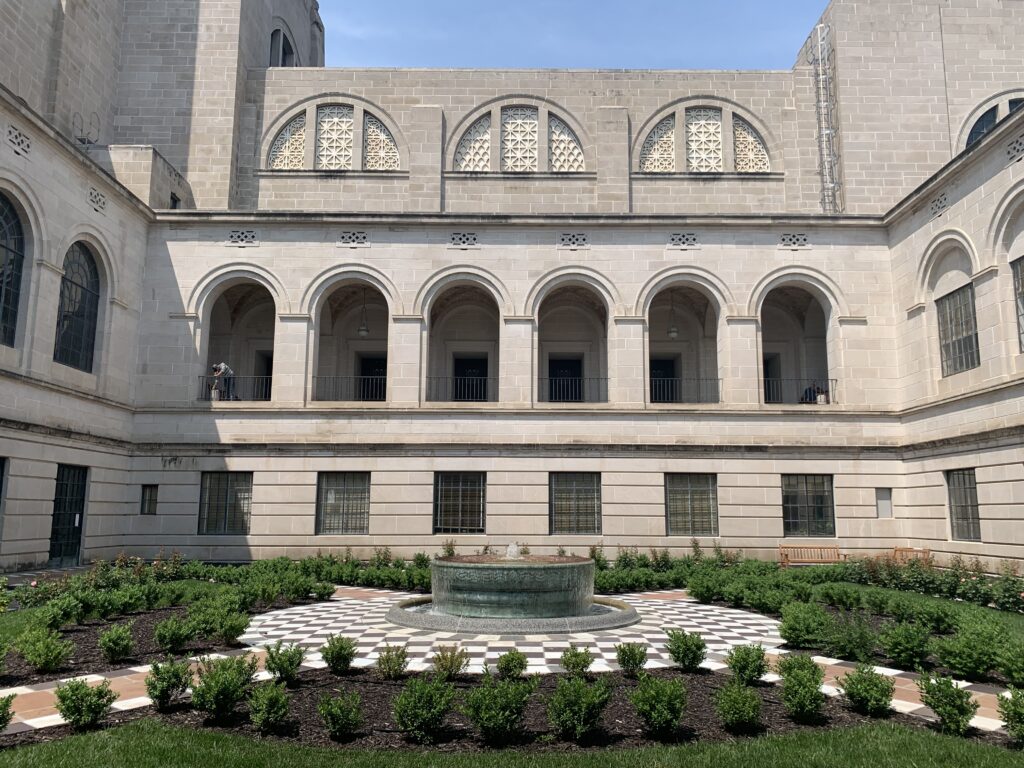 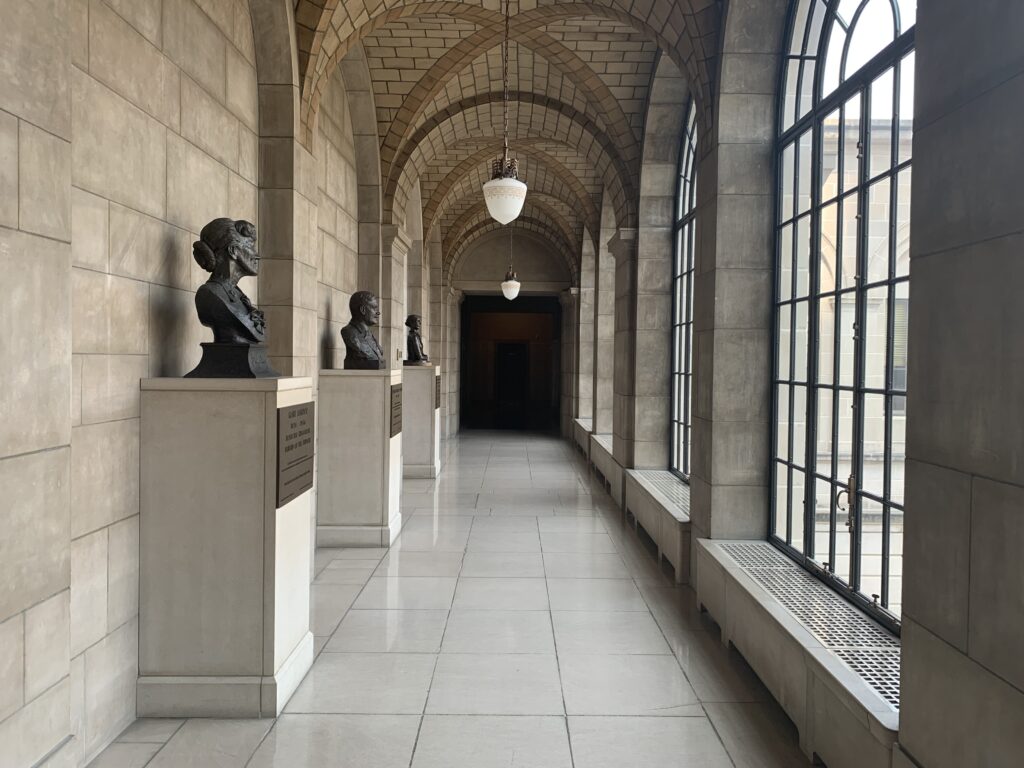 The interior public spaces showcase a range of materials and finishes, including Guastavino tile, colorful mosaics, and complex integration of art and architecture. 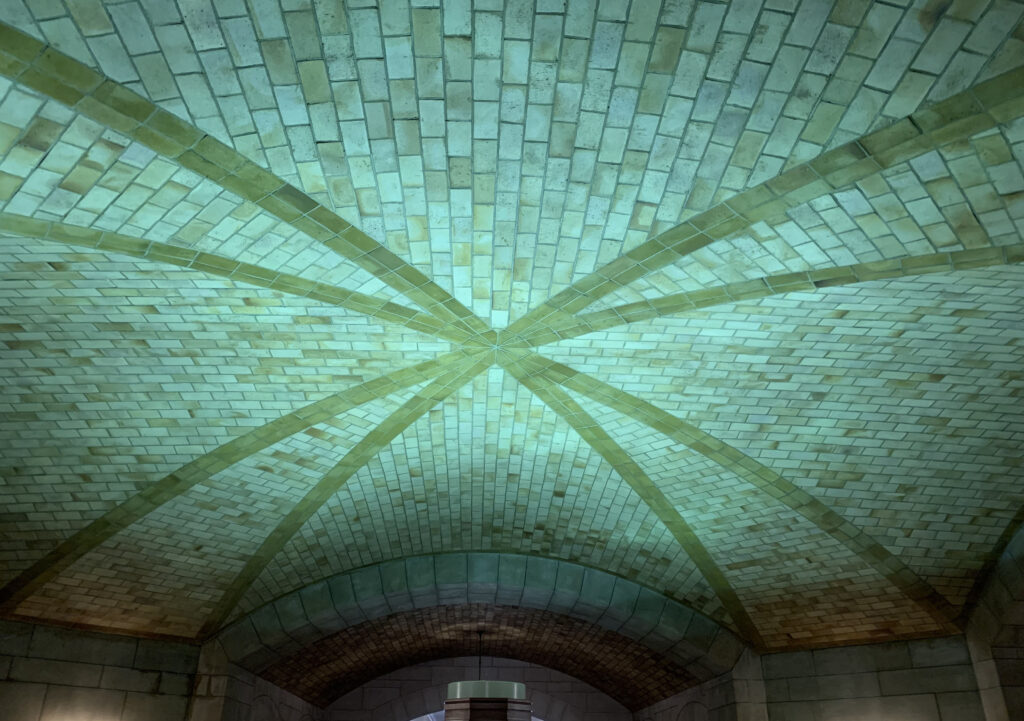 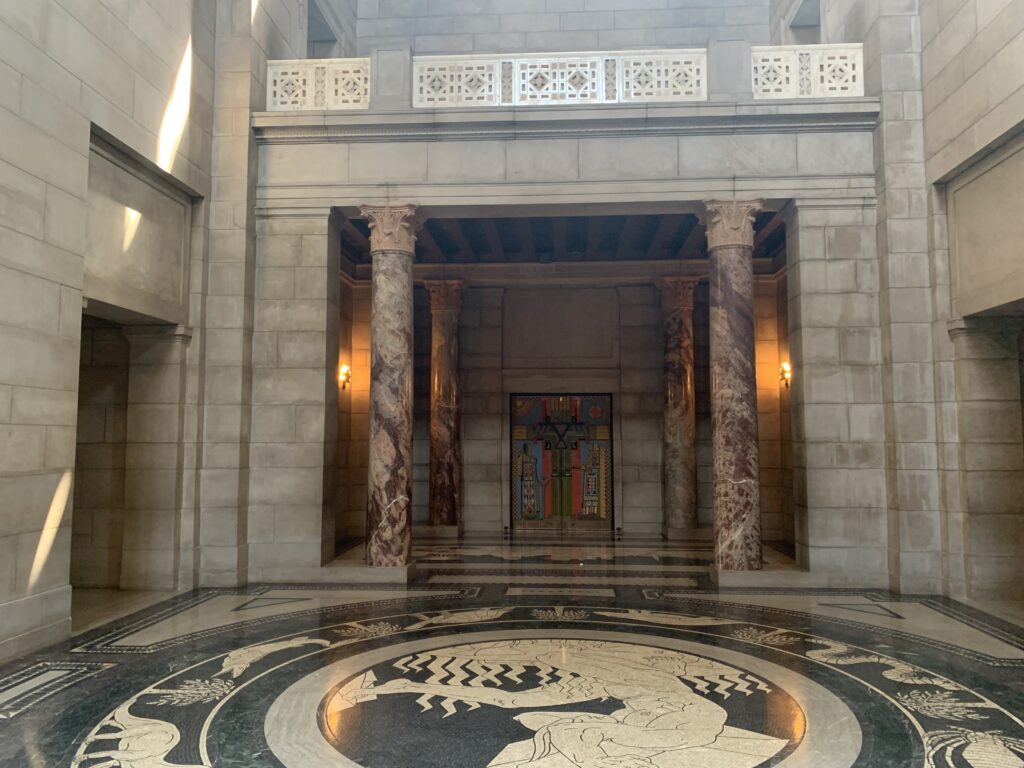 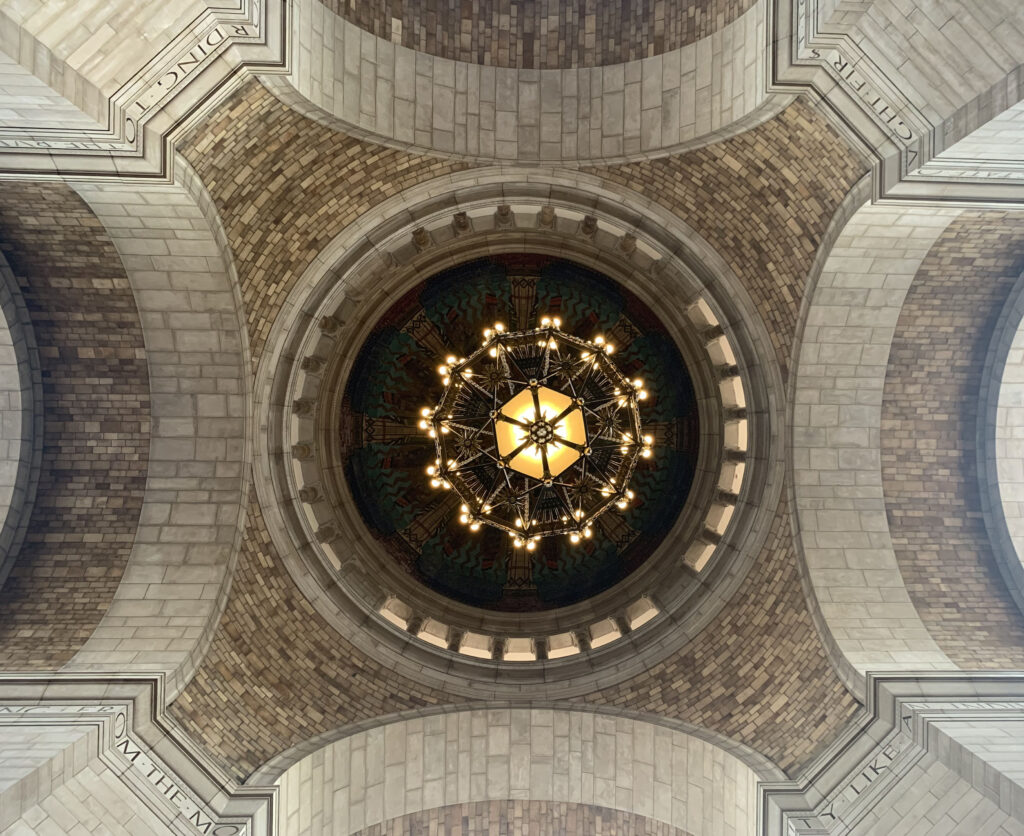 Relief sculptures and panels identify the function of government alongside the history of prairie life. 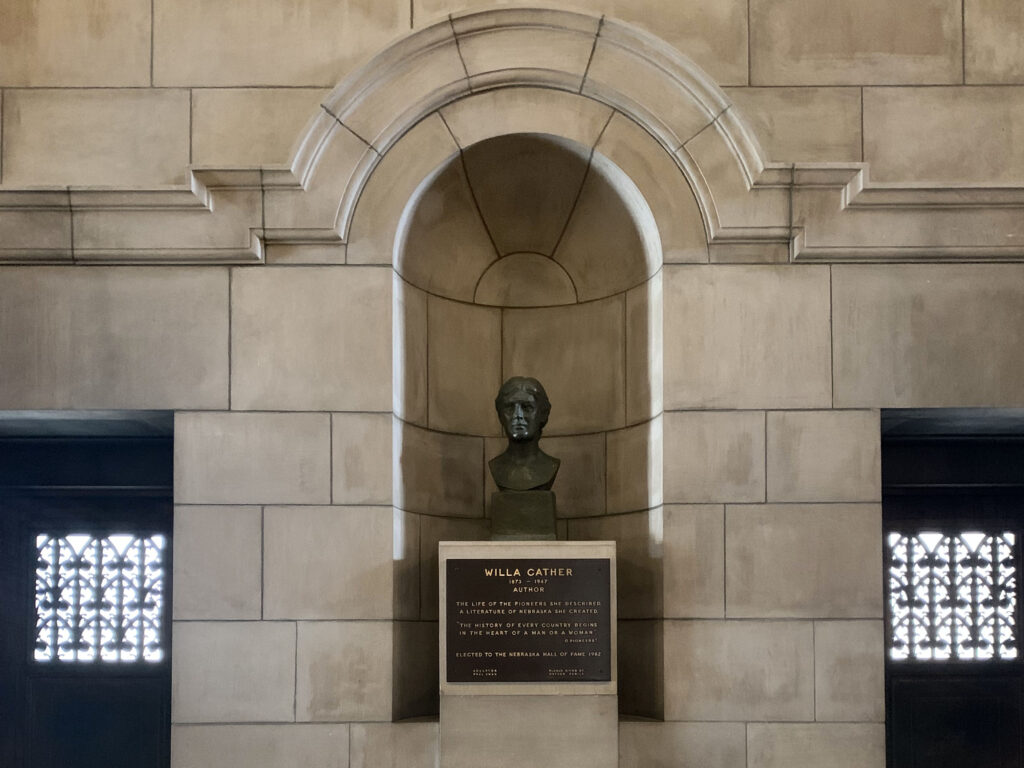 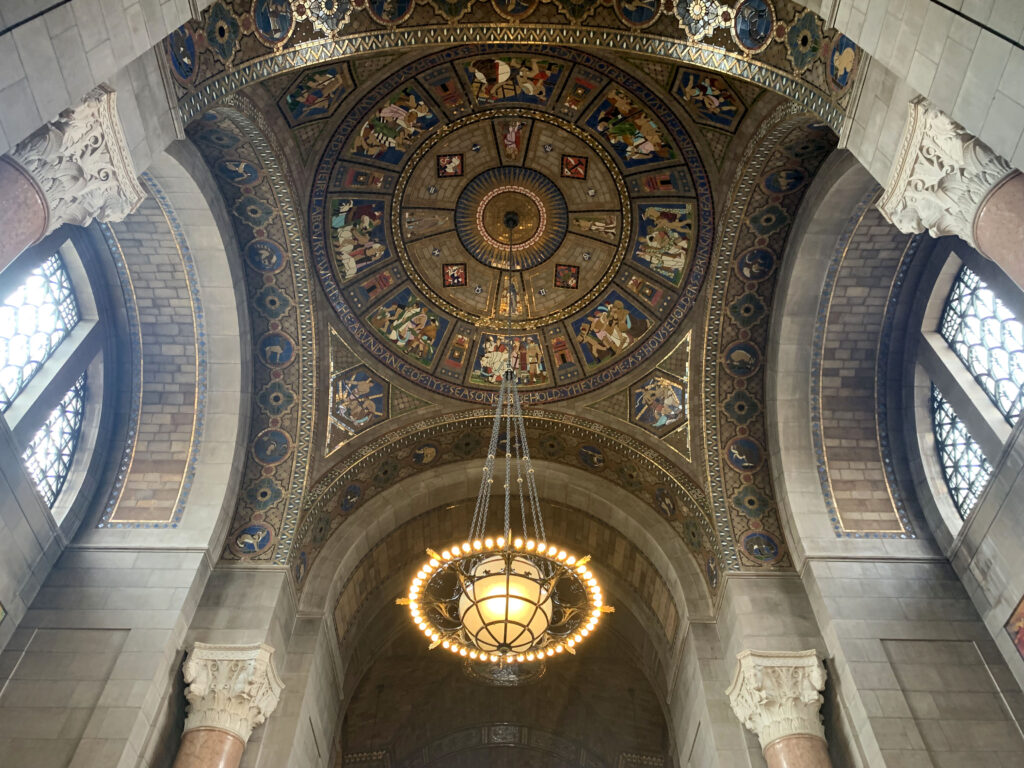 I noticed the detail on this door handle while my two young kids considered the prehistoric animals that used to roam Nebraska. 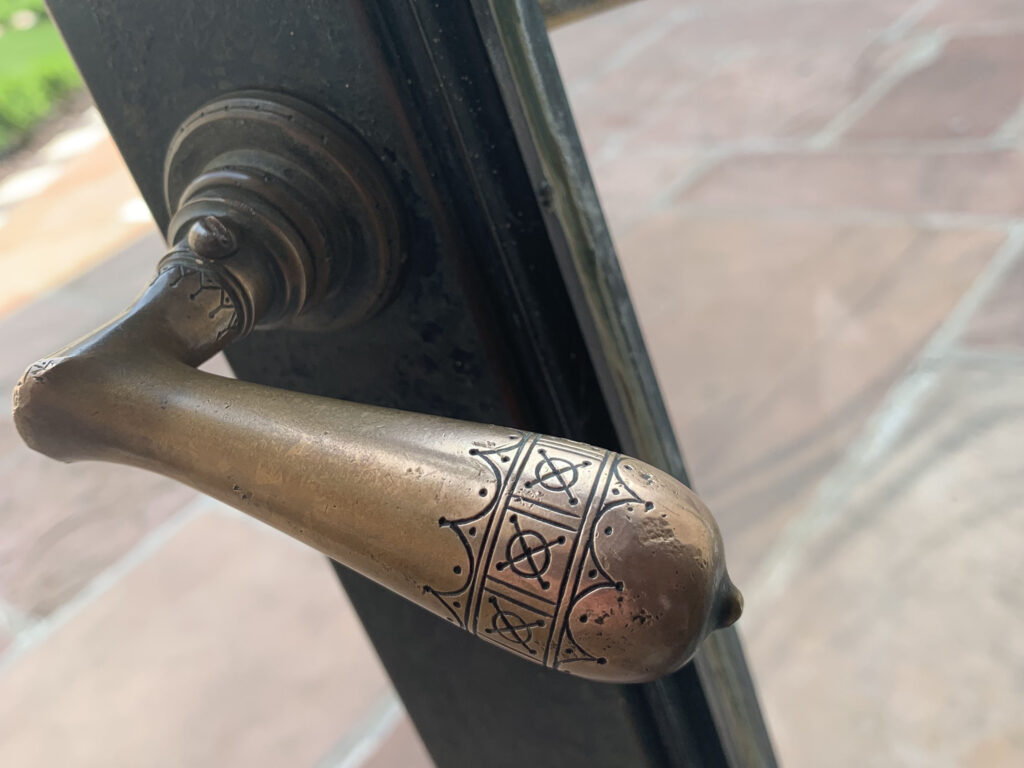 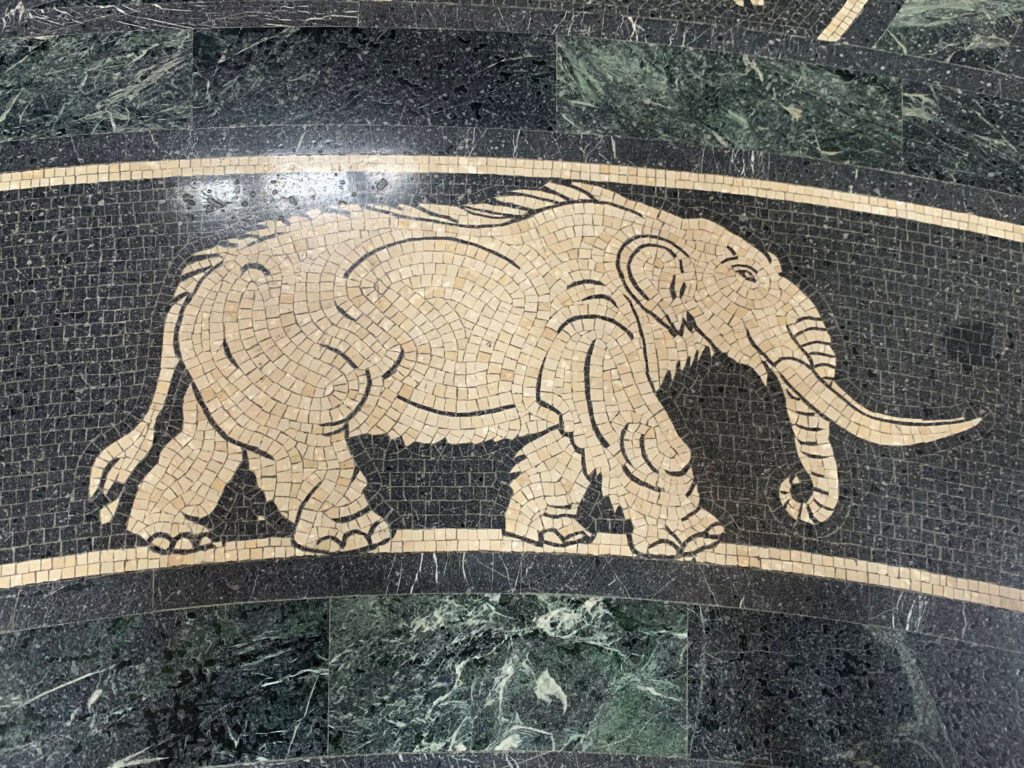 We all enjoyed exploring this building! Be sure to stop by if you ever find yourself taking Interstate 80 across the great state of Nebraska.