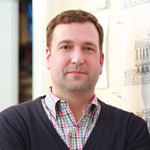 Drawn to the dichotomy of a city rich with a historical ambiance that embraces modern living, Andrew Cogar describes the lure of Split, Croatia, and why it has become one of his favorite destinations.

Split is easy to get to by plane from most European cities, but it feels like a world away from western Europe. The city has a great cosmopolitan vibe while also having a deeply rooted sense of history and timeless way of life. Unlike other cities in Greece or the Italian coast, this city by the Adriatic Sea feels like a place that is still being discovered (much like Prague in the early ‘90s). 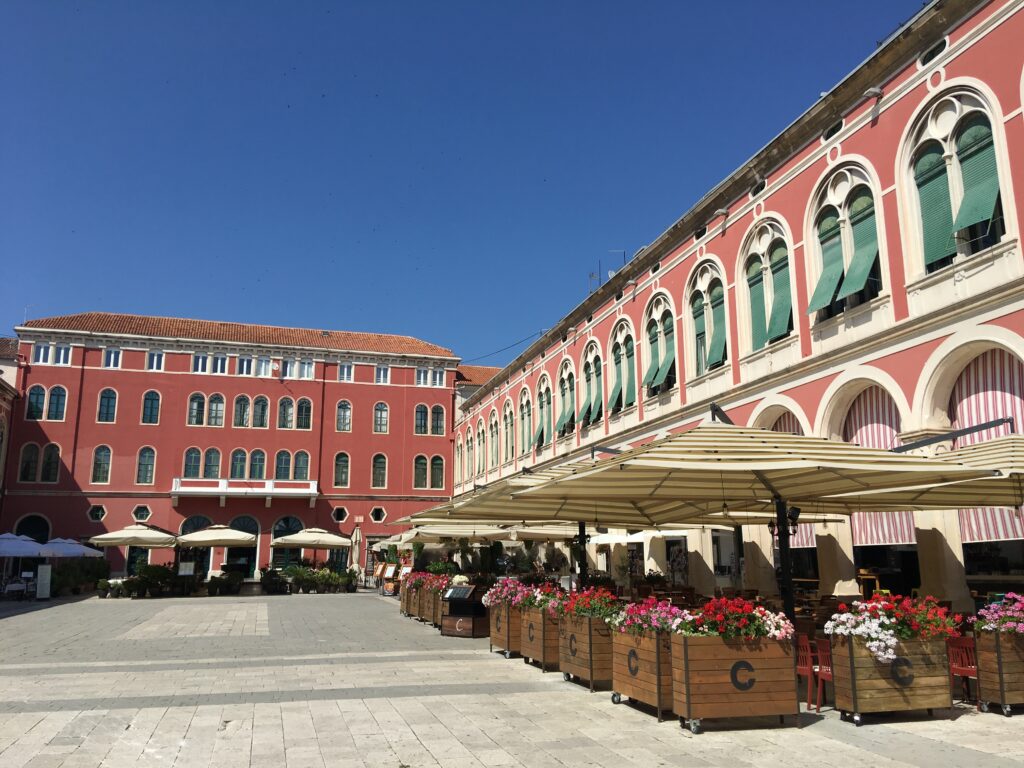 As with any European city, the squares and plazas in Split provide a wonderful sense of the city’s medieval charms.  Republic Square is referred to by locals as Prokurative which is the name of the red, neo-classical building surrounding it.  Dating to the mid 19th century, it was designed by an Italian architect and is said to resemble St. Mark’s Square in Venice. The Prokurative is certainly not the oldest or most well-known building in Split, but the way it frames the square on 3 sides, activates the space within, and channels views to the harbor beyond is simply sublime. 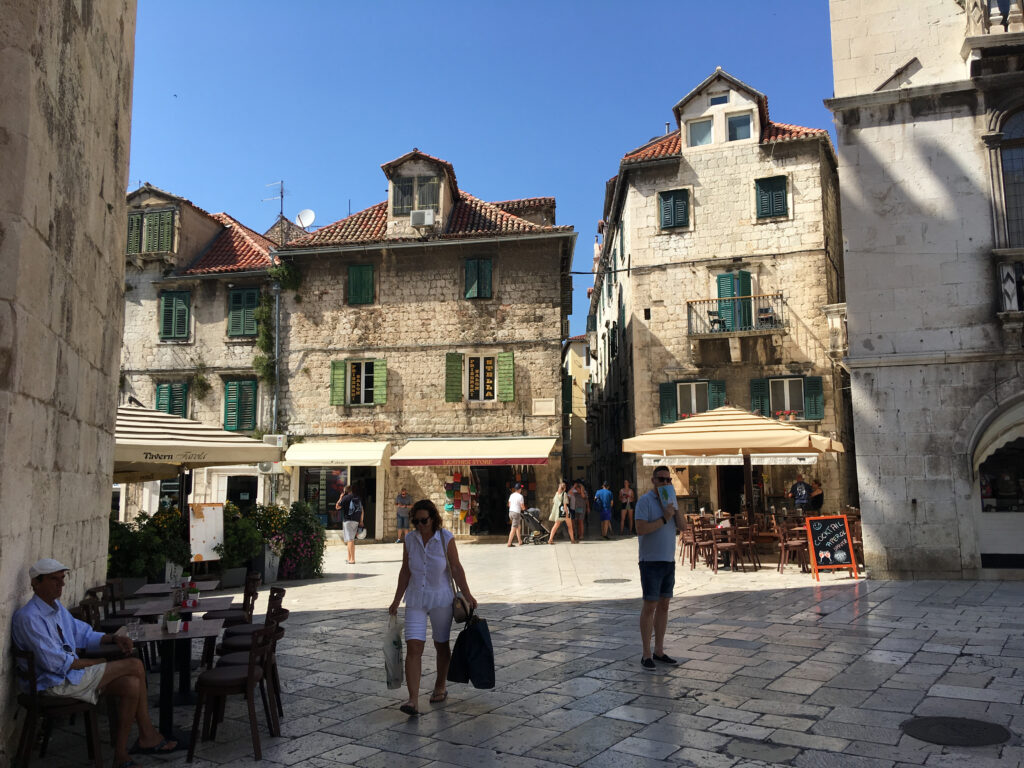 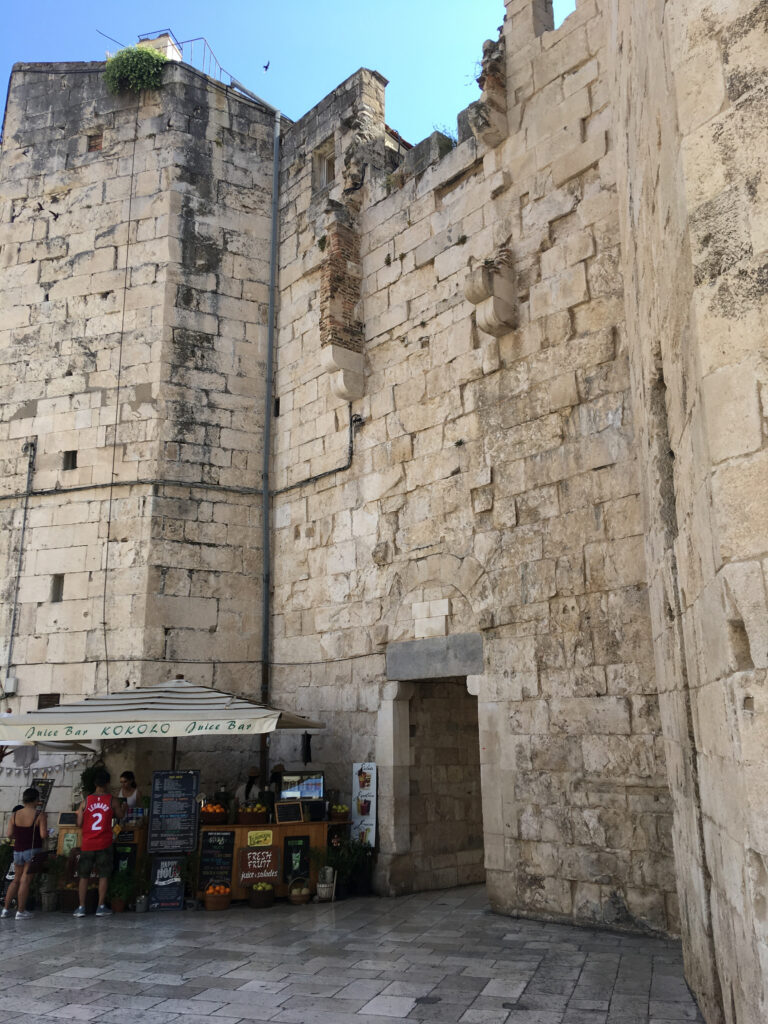 Fruit Square with its charming shops and cafes, is surrounded by Baroque buildings. One of the largest buildings in Fruit Square is the octagonal Venetian tower built in the 15th century to help defend the city. 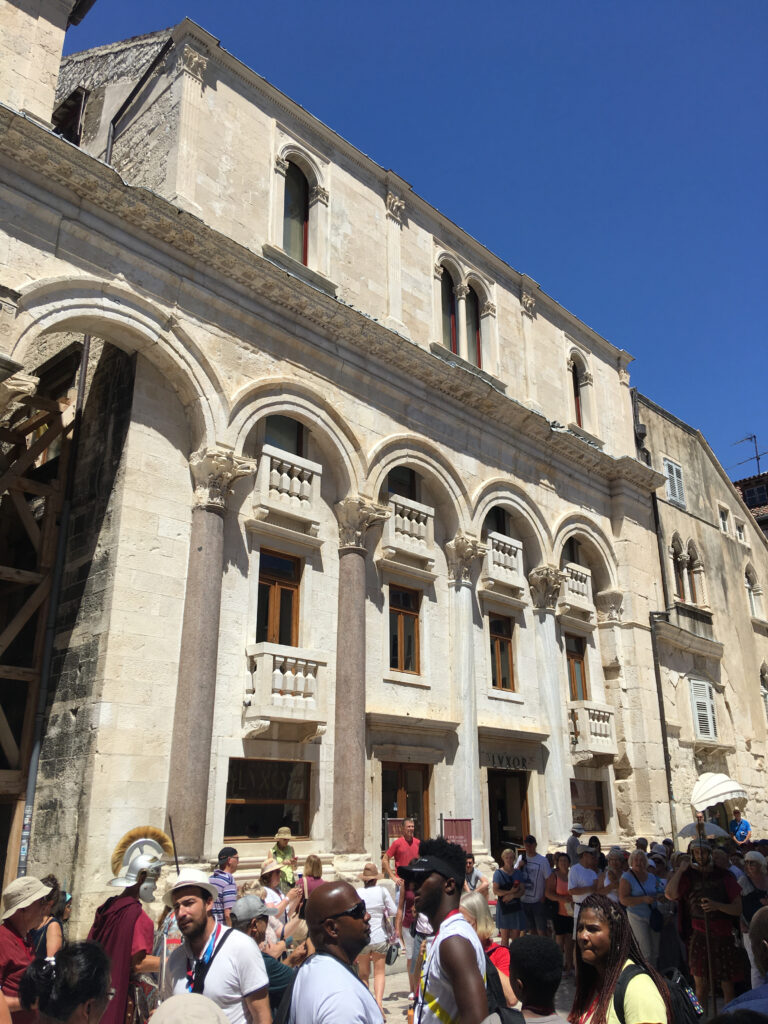 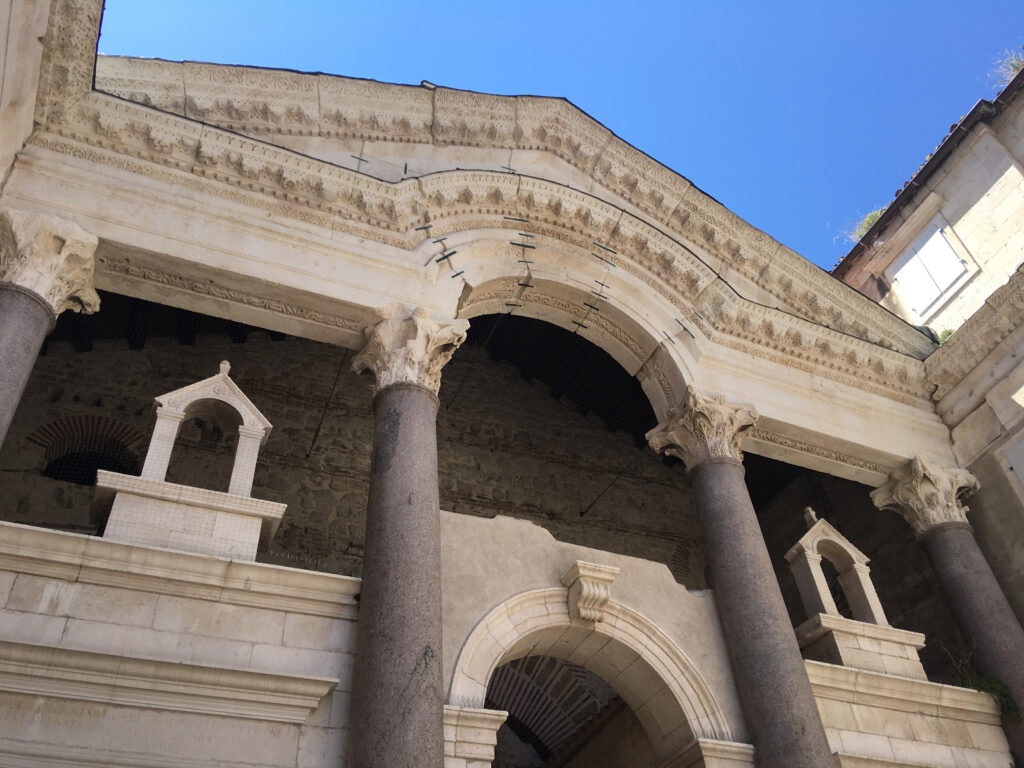 One of my favorite site’s in Split is Diocletian’s Palace, an experience like no other. The walled confines creates an amazing amalgam of the past overlaid with more modern European traditions. 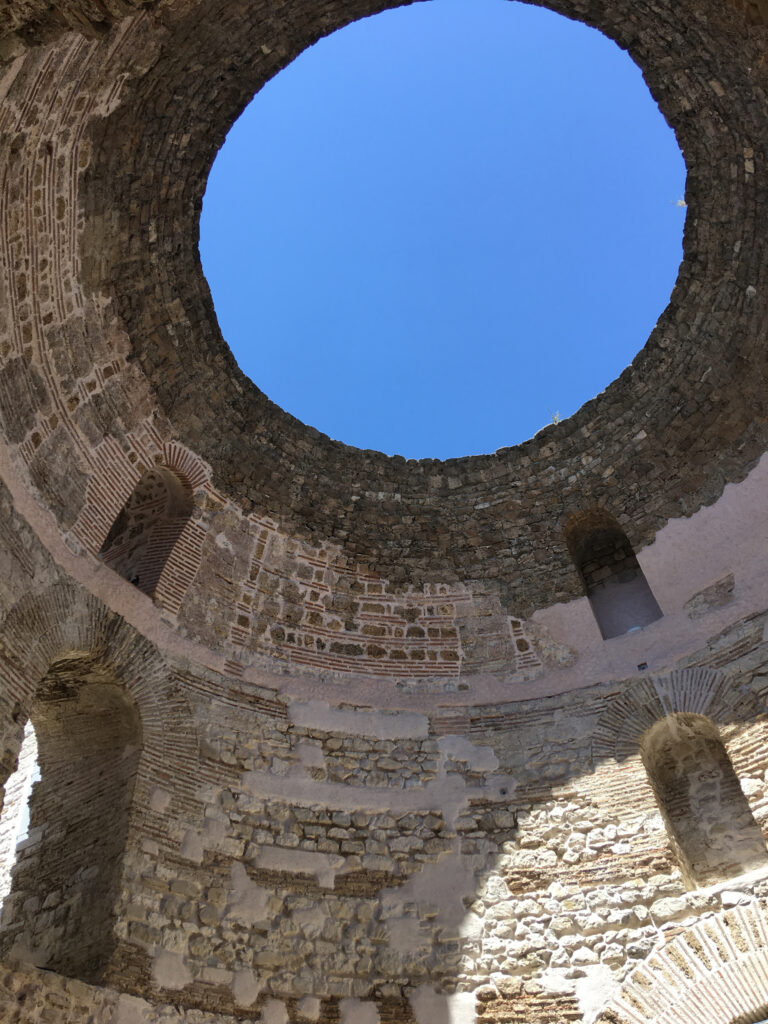 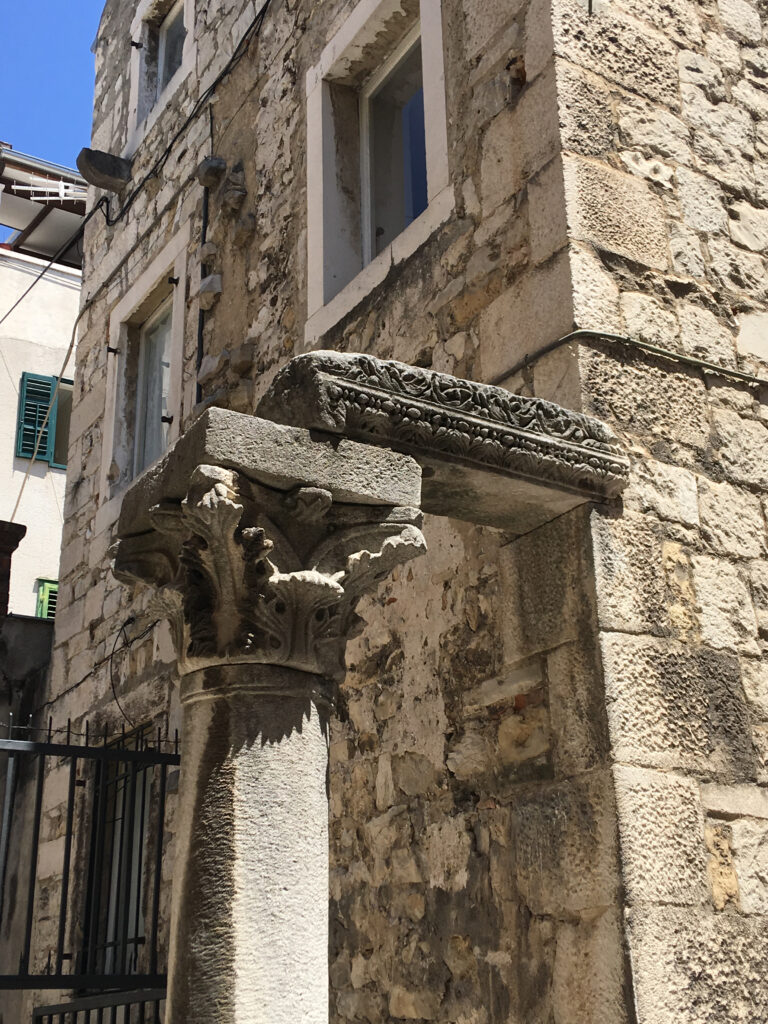 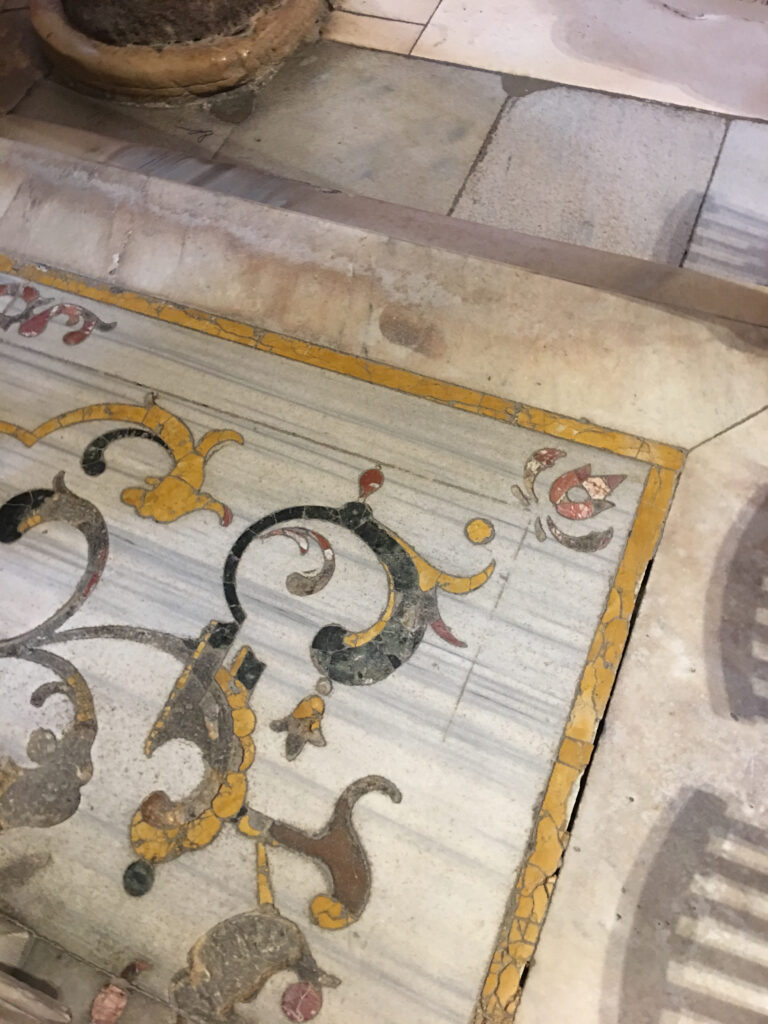 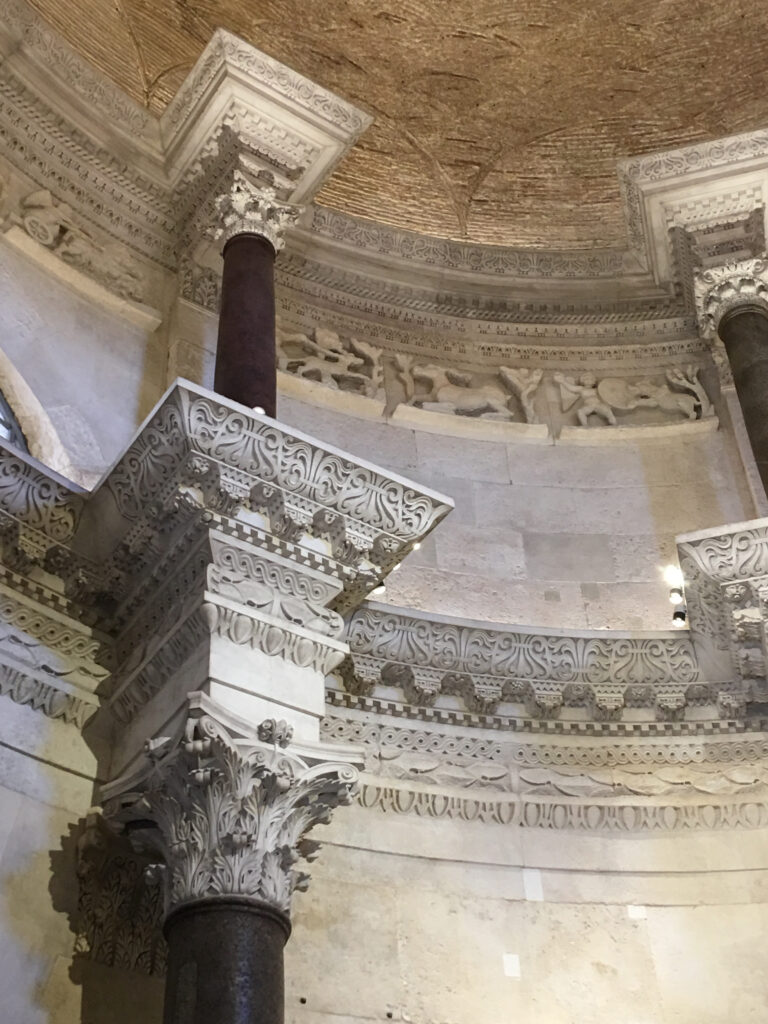 Built in the 4th century by the Roman Emperor Diocletian as his summer retreat, it has several incredible sites to see within the old walls. From the oculus in the Imperial Audience Hall to the intricate architectural details on every surface, Diocletian’s Palace was undoubtedly a splendor to behold in its heyday and is still a visual delight today. 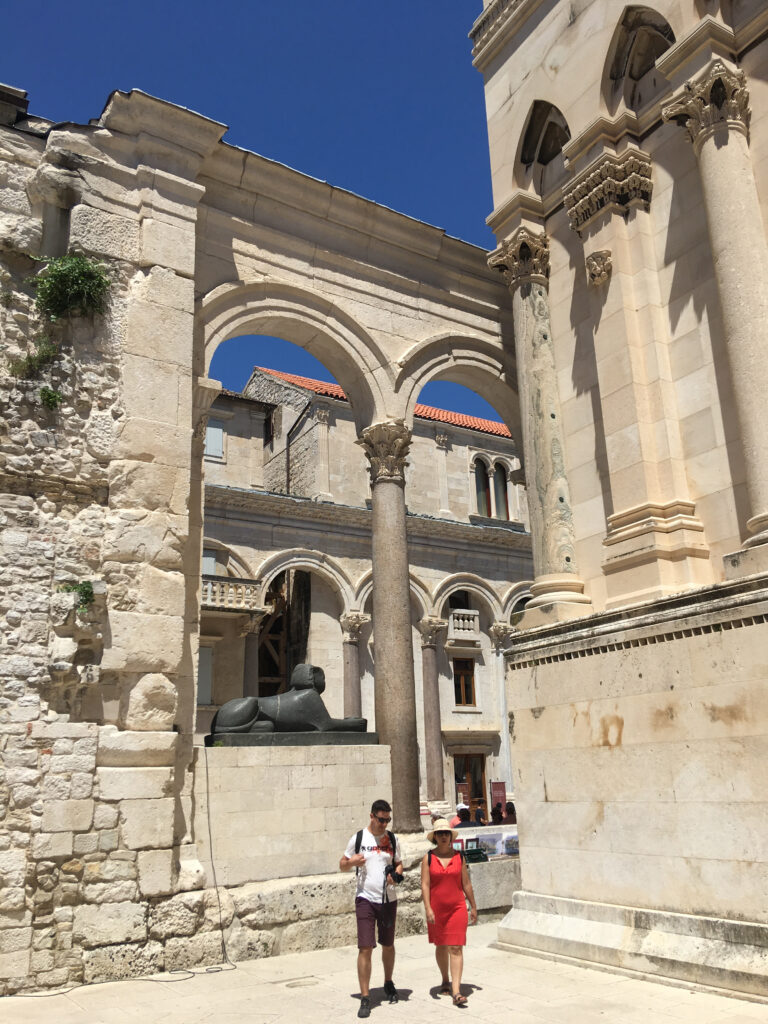 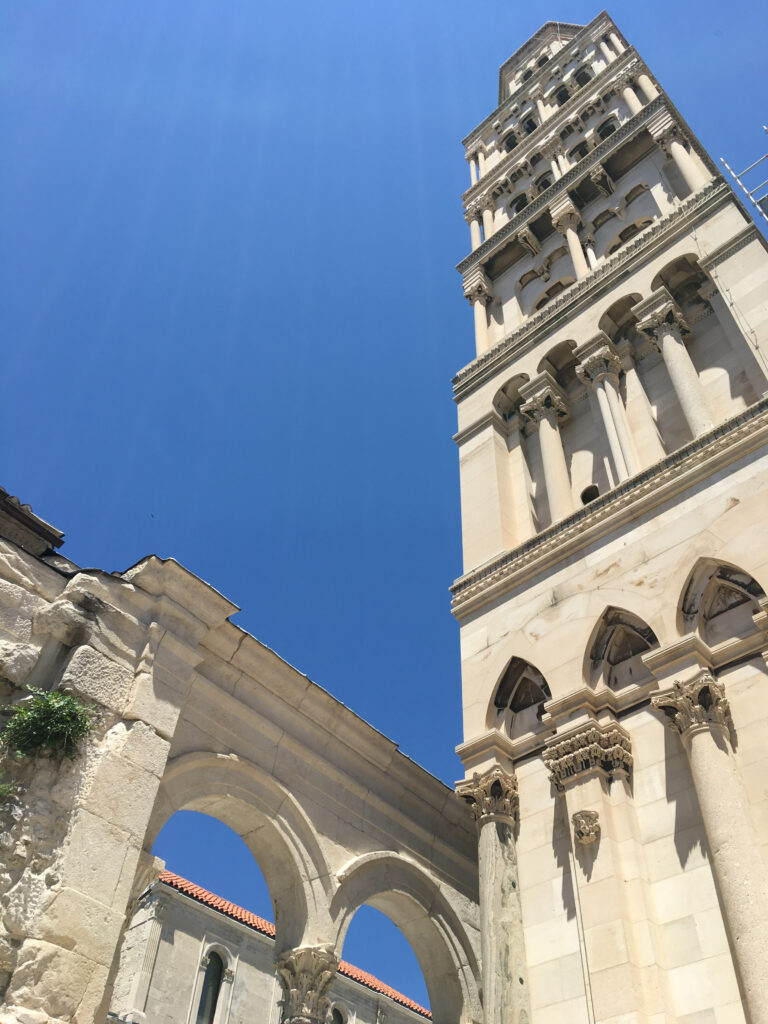 Just a short walk took me to Saint Dominus Cathedral,  The original burial chamber for the Emperor; it was later taken over by the Christians, who added the impressive Gothic bell tower. It was hard to capture it from base to top in one photograph, but hopefully these two photos convey its scale. 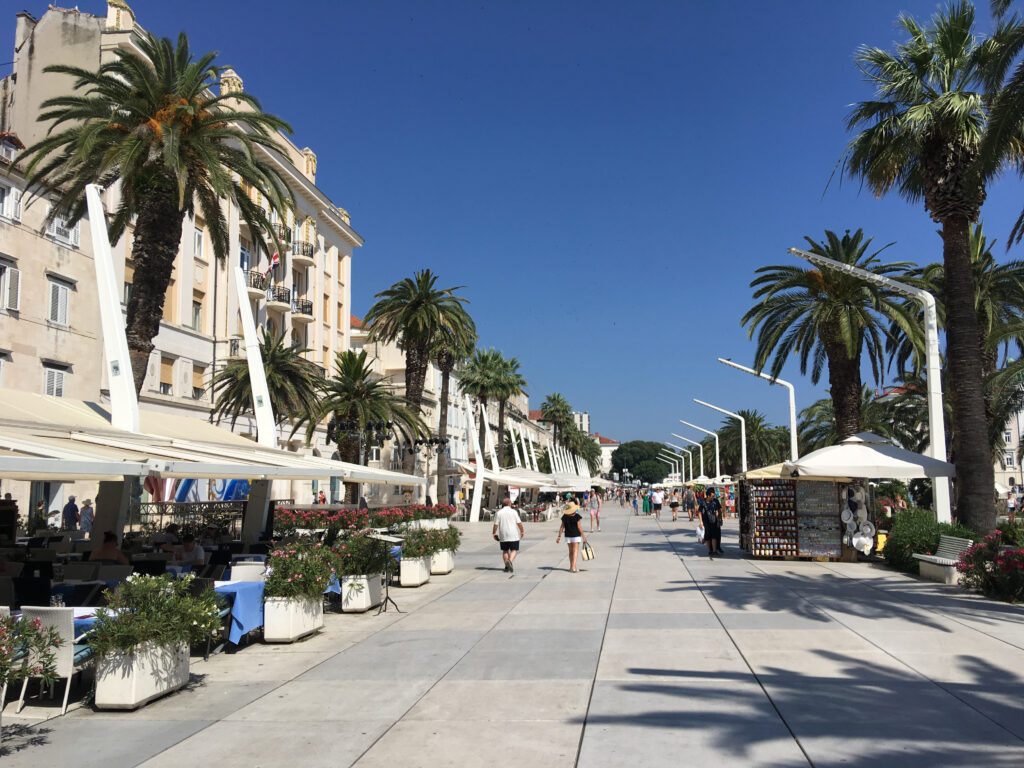 Last, but not least, the Riva, Split’s central, harborside promenade, was the perfect place to wrap up a long day of sightseeing.  It was a wonderful place to stroll, enjoying the many galleries and shops and dinner al fresco. Don’t miss the harborside, where artists and artisans enjoy lively bartering from little stalls where they display their craft. 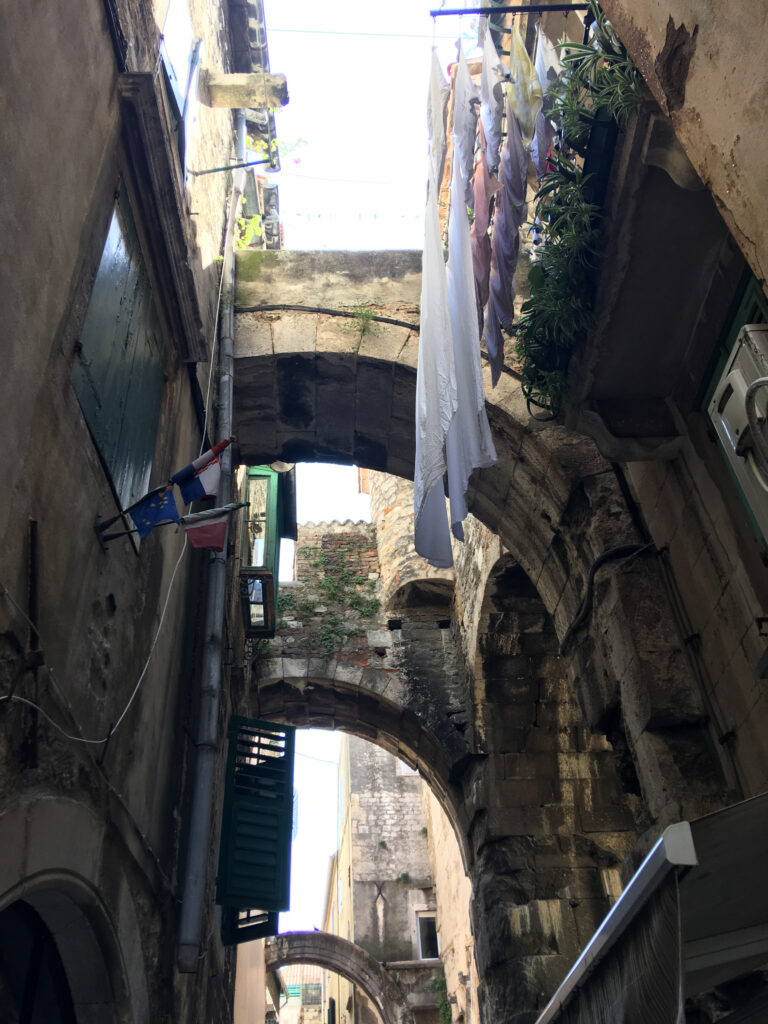 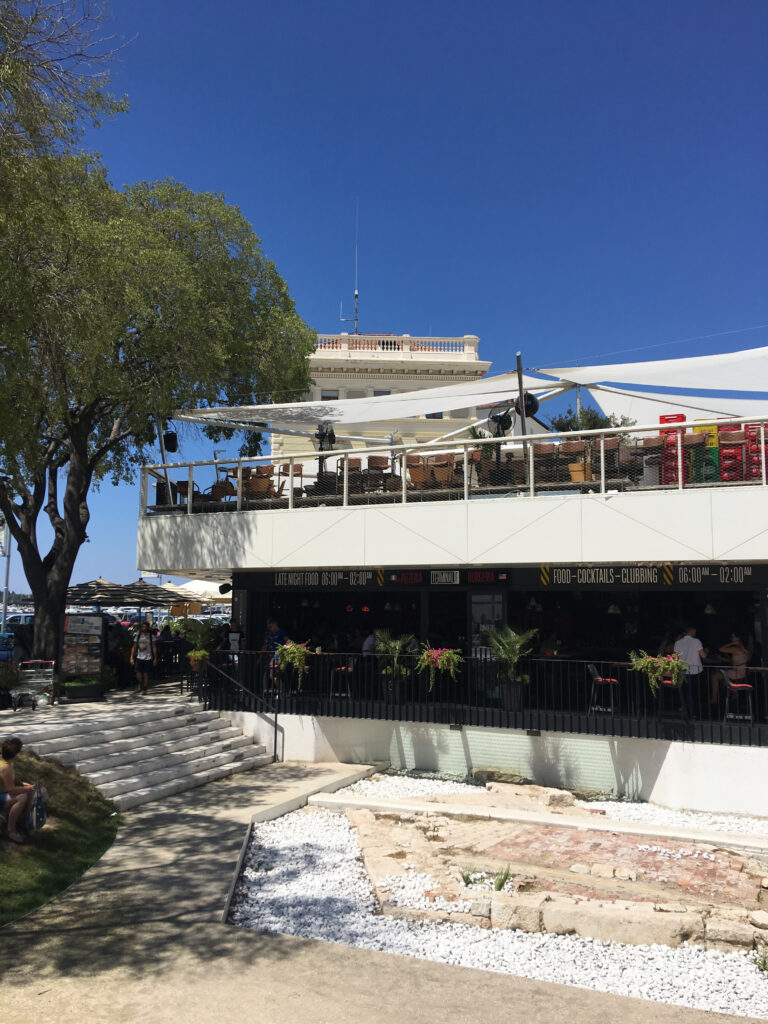 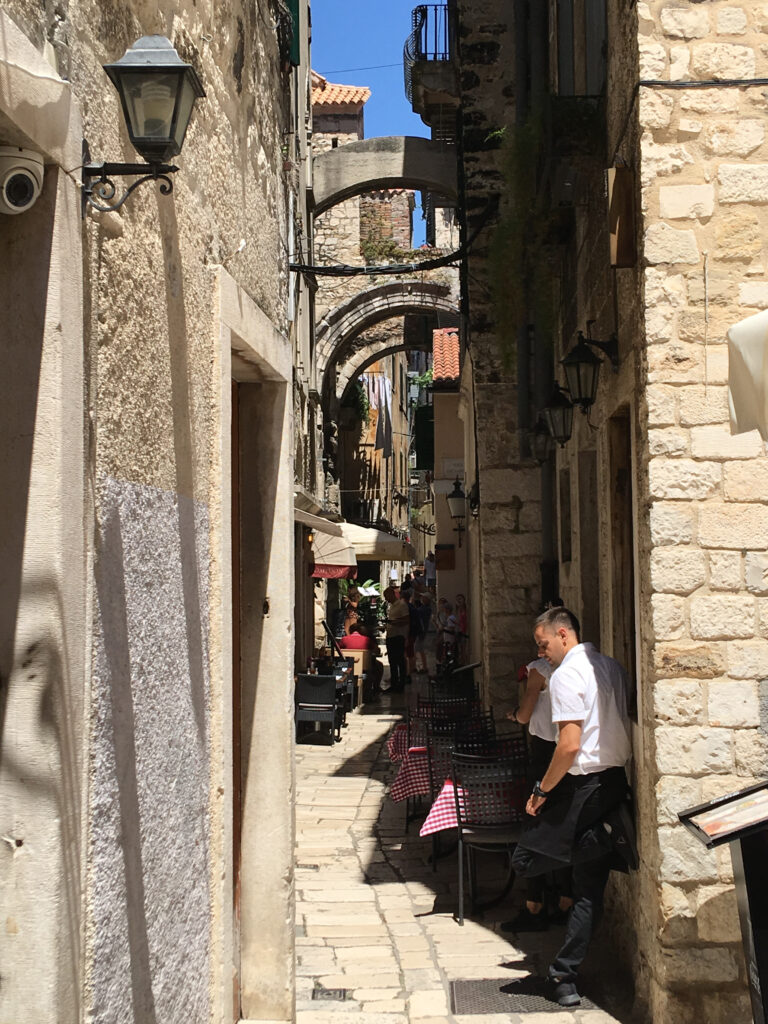 What inspires me about Split is how a city can live with its past and celebrate its architectural and cultural heritage without having to be beholden to it. While this means that some of these treasures have become a little worse for wear, it also means that you get to live amongst these touchstones of the past, and almost get a sense of what Roman life might have been like in the year 305 while still having all the casual elegance of a modern European Harbor Town along the Adriatic. I have not experienced a balance like this in any other city I have stayed in and it is what will bring me back again in the future.