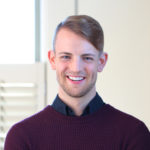 Instead of Connor choosing his own adventure, he allowed Google Flights to choose his fate: Athens, Greece was the winner. He and his wife set off on a memorable trek through Athens and the islands of the Aegean Sea, exploring the ruins of structures erected some 2800 years ago, taking time to admire and capture his experiences with watercolor. Read on to learn of his discoveries…

Ever the frugal-travelers, our distant destinations are often spontaneously determined by Google Flights’ lowest international fares. We certainly were not disappointed to discover we would be watercoloring across Greece.

Soon enough we found ourselves just south of Delphi, in the picturesque Grecian mountain town Arachova. The ruddy clay-tiled roofs serve as a cohesive blanket across the brisk mountain side and the warm crowning element for each of the vernacular stone structures, but it is the view from those winding cobbled streets that is the most striking. 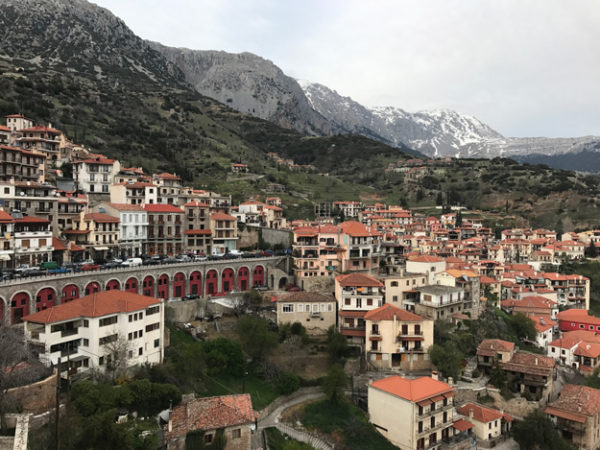 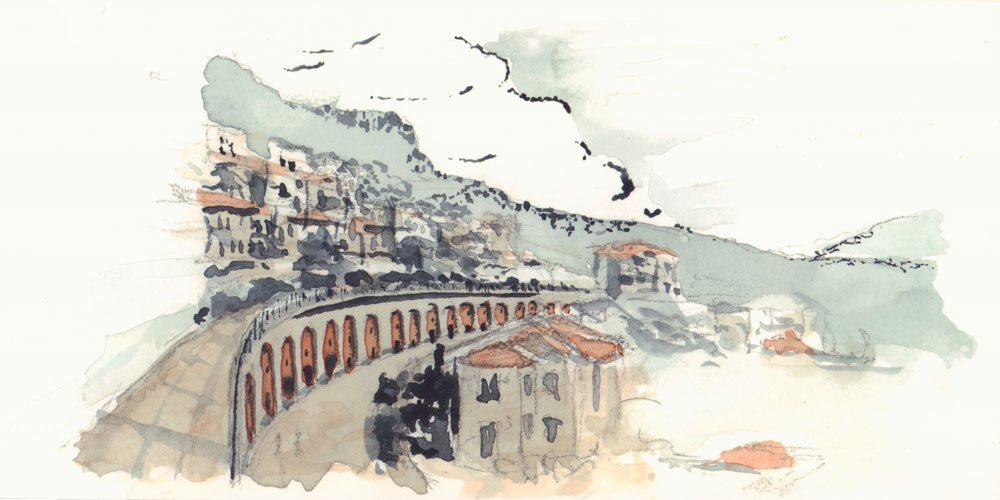 From Mount Parnassus to the islands of the Aegean Sea, we ventured to the village of Oia. The white-washed houses cascade down the cliffs of Santorini. They look out on yet another breathtaking view. The rumors are true. These blues are unlike anything I have ever had the pleasure of witnessing. 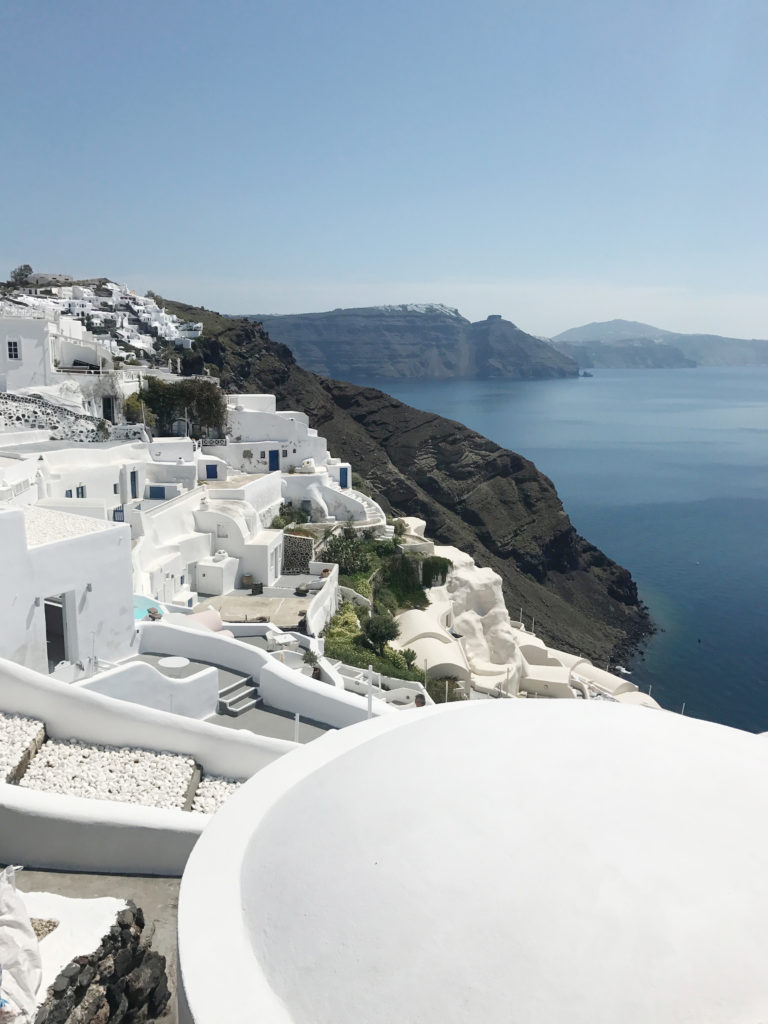 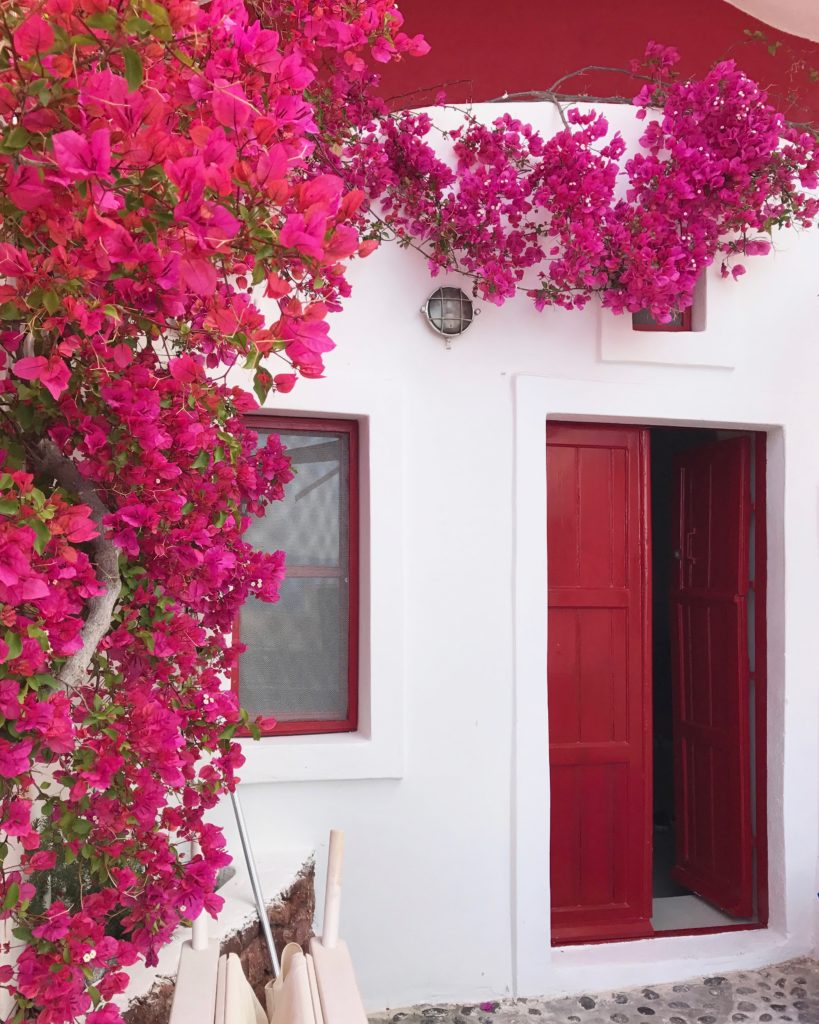 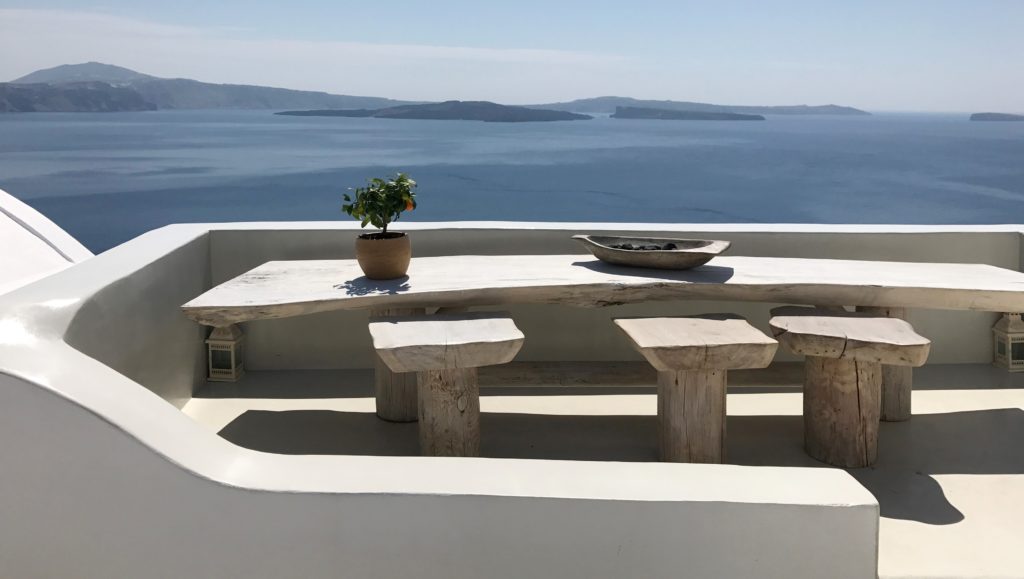 We then returned to Athens and were among the few who decided to spend the latter part of that spring evening inside the walls of Bernard Tschumi’s Acropolis Museum. The top floor, which houses the Parthenon Hall, shifts off the grid of the building and city streets below to mimic the siting of the ancient temple above. It was a definite highlight of our trip to walk these halls alone, studying the pediments and metopes, with the illuminated infamous citadel in the distance. 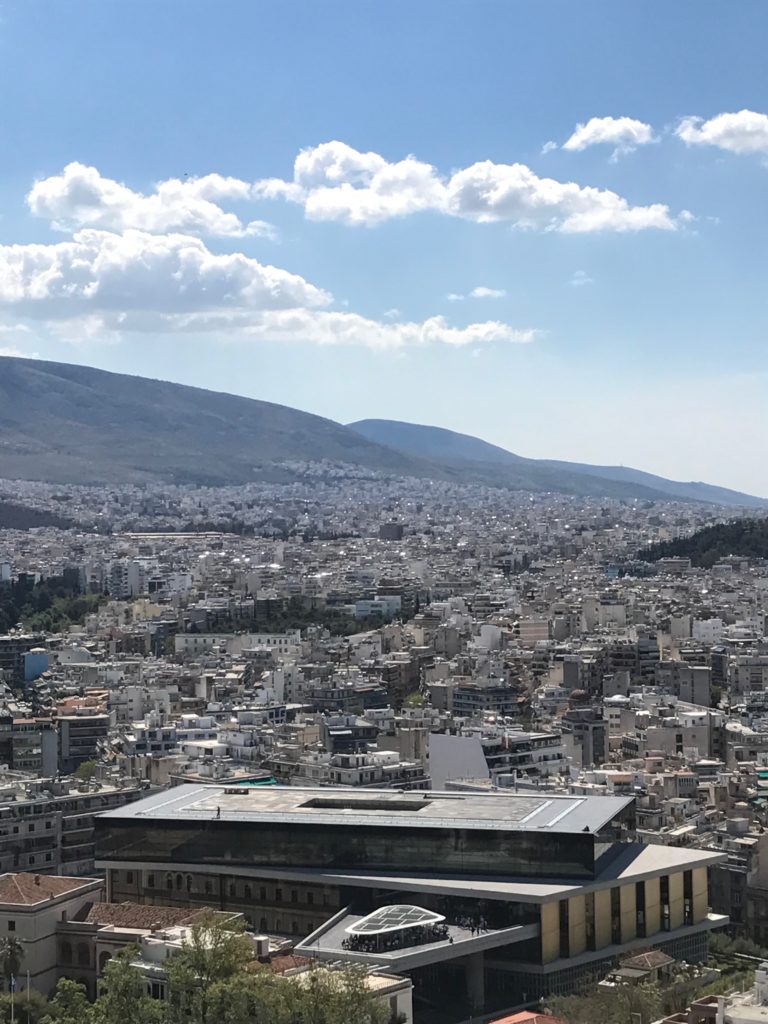 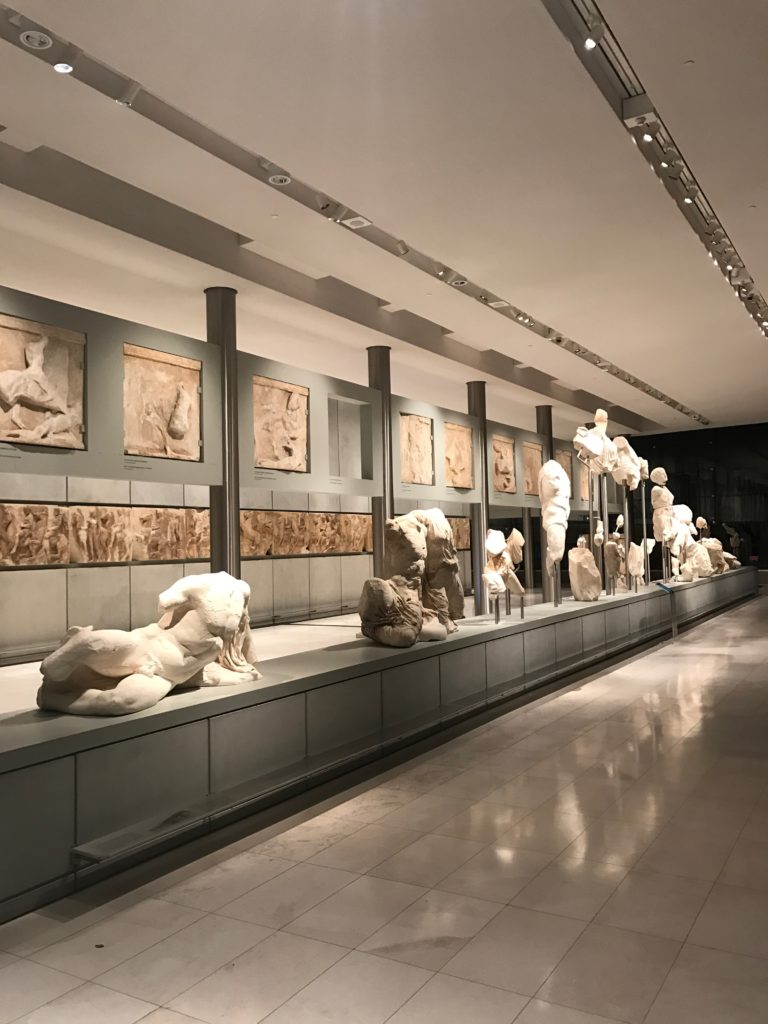 In the morning we took the ceremonial walk up to the Parthenon but ultimately it was at the Erechtheum–in pure architectural bliss–where we devoted our remaining hours and concluded our memorable time in Greece. 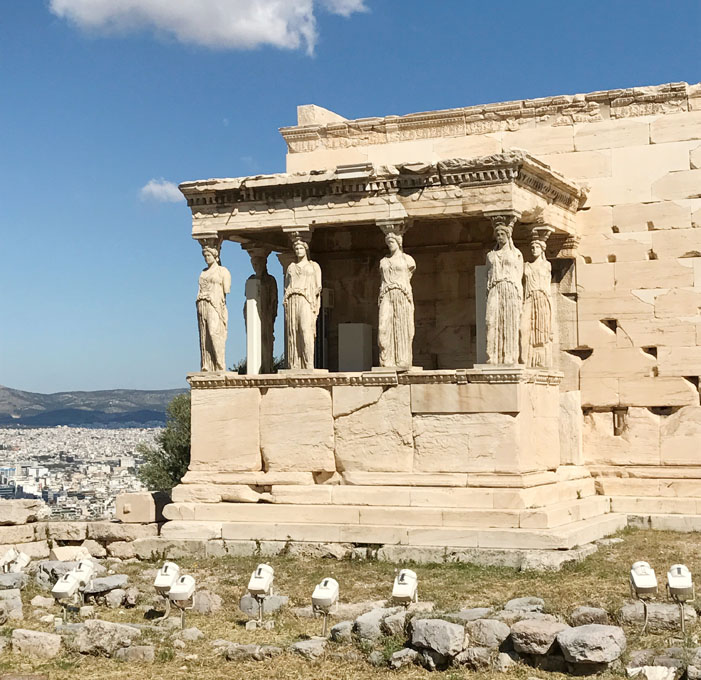 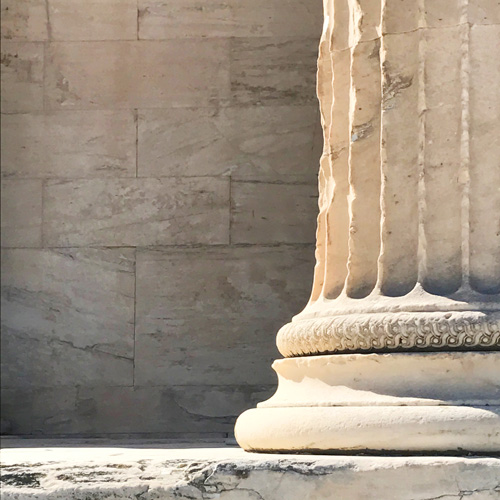