This is the third in a seven-part series on Parisian architecture and urban design’s influence on Thomas Jefferson and how France affected the built environment in America.

The connection between Thomas Jefferson’s observations of French architecture during 1784 to 1789, and how he chose to apply them in America, should reflect upon the style popular French landscape architecture of the same period as well. It seems likely that landscape gardener André Le Nôtre had some influence on Jefferson’s notions about this area of design. Not only was Le Nôtre responsible for the gardens of the châteaux featured in this post, he created the Jardin des Tuileries (mentioned in post no. 1 of this series), known to be a favorite and oft visited destination of Jefferson’s.

Likewise, André Le Nôtre designed the Avenue des Champs-Élysées, which lies just beyond the Tuileries. As we will see in later posts from Jacques regarding Jefferson’s achievements in Virginia, he had a strong preference for “geometry, symmetry, balance, composition and proportion.” When considering the classicism and regularity of the landscape at the University of Virginia, it is hard not to draw comparisons to Le Nôtre’s great public and private works, which Thomas Jefferson experienced while in France, and some of the landscapes that would accompany Jefferson’s own work. 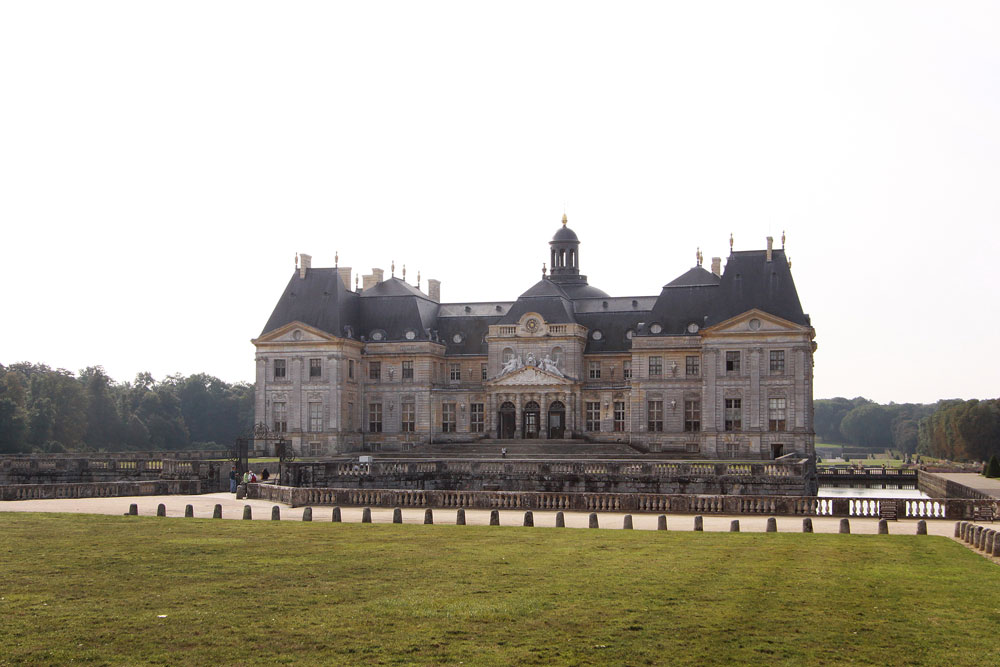 Vaux-le-Vicomte, built around 1660, included the work of some of the 17th century’s greatest designers such as architect is Louis Le Vau, painter Charles Le Brun, and landscape gardener André Le Nôtre. 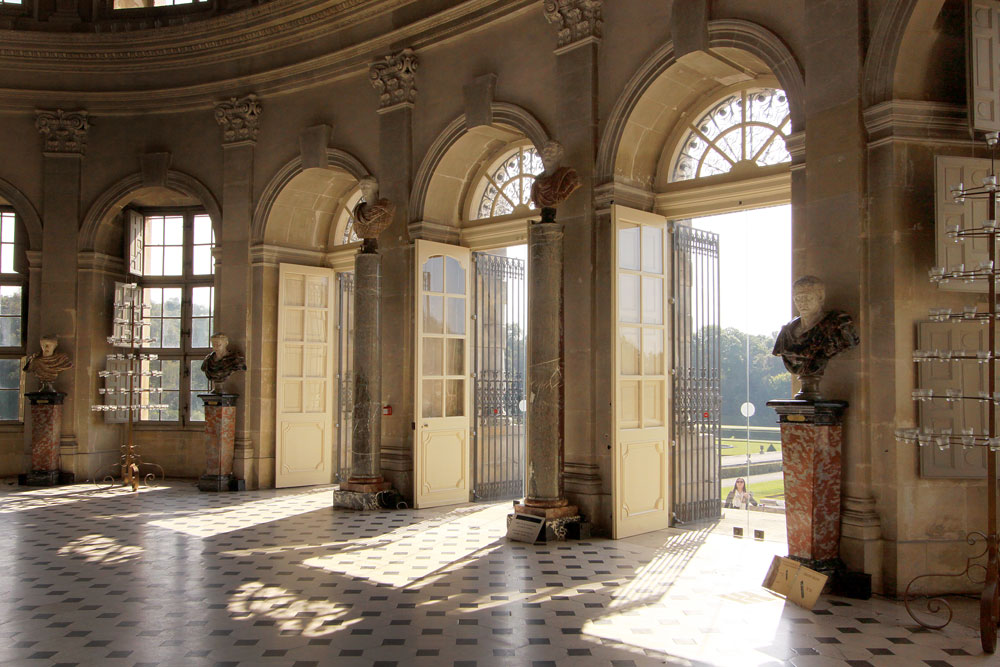 The plan of Vaux-le-Vicomte guides the visitor on a direct axis through these doors and out to the gardens. 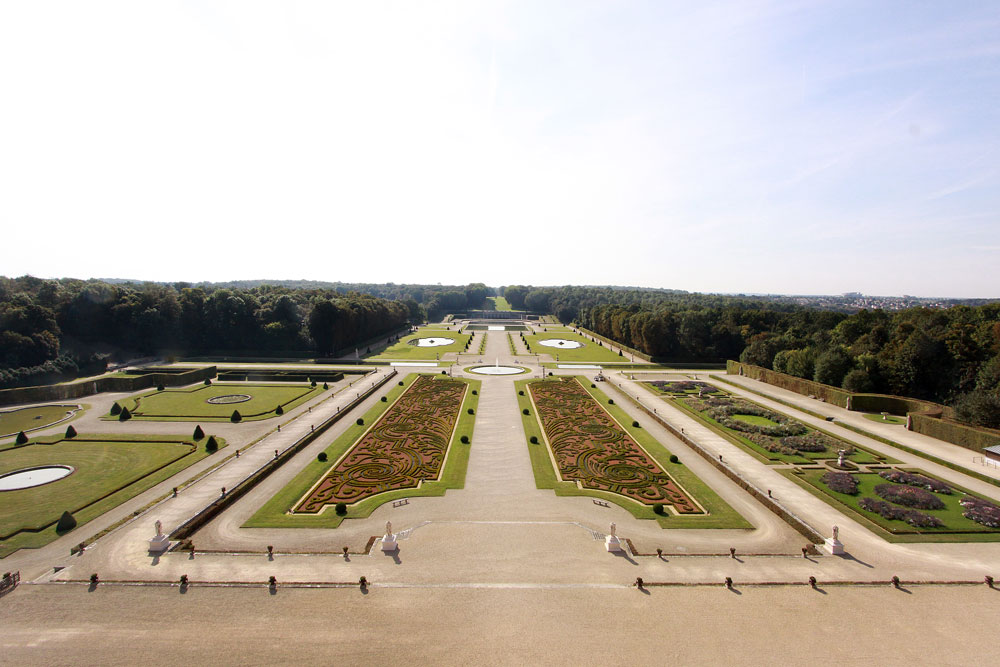 Vaux-le-Vicomte’s gardens and grandeur had a lasting impact on the future of Versailles, French landscape design, and eventually even urban design in America. 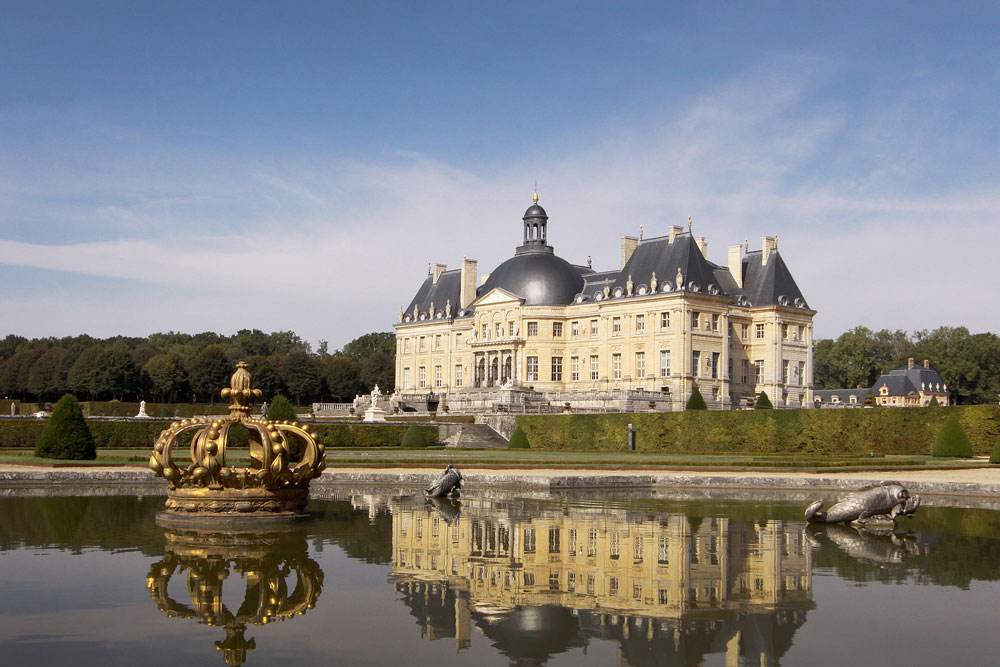 The protruding garden salon seen at Vaux-le-Vicomte became a typical feature of French architecture and was translated in Jefferson’s Monticello. 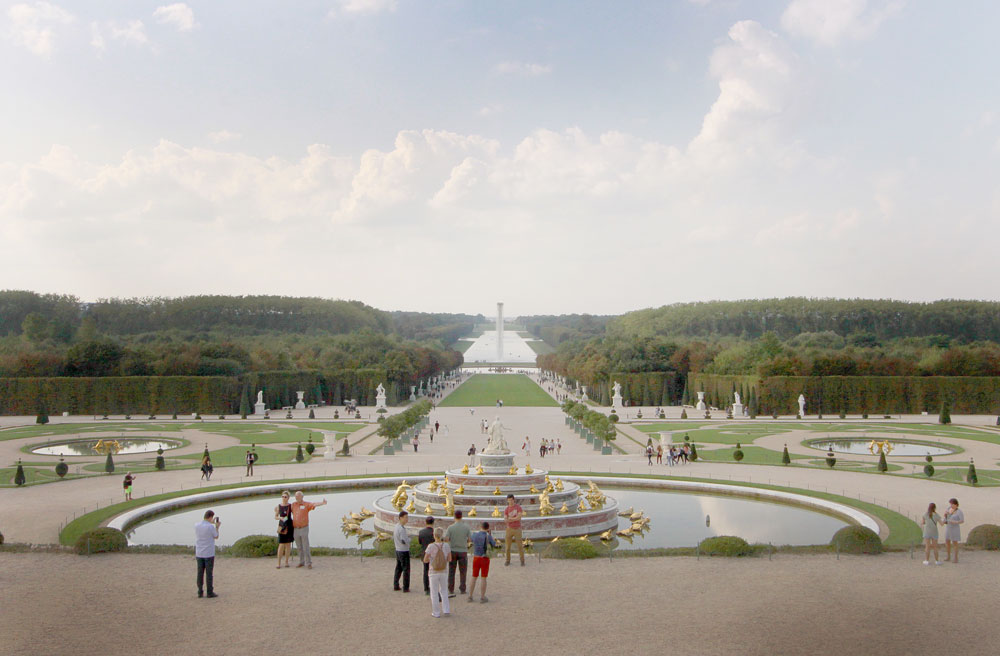 At Versailles, overlooking the Bassin de Latone to the Tapis Vert and the Grand Canal in the distance

Although executed on a far grander scale, one can easily see the effect of Le Notre’s original design at Vaux-le-Vicomte on the gardens of Versailles.

Here, at the center of Versailles, is the bedroom of King Louis XIV

As Minister to France, he visited Versailles for diplomatic reasons, but the opulence of the palace seems to have held little appeal for Jefferson; he never highlights the chateau in his letters.

In the palace gardens of Versailles

However, one of Jefferson’s earliest accounts of his time in France is regarding a visit to the palace gardens. 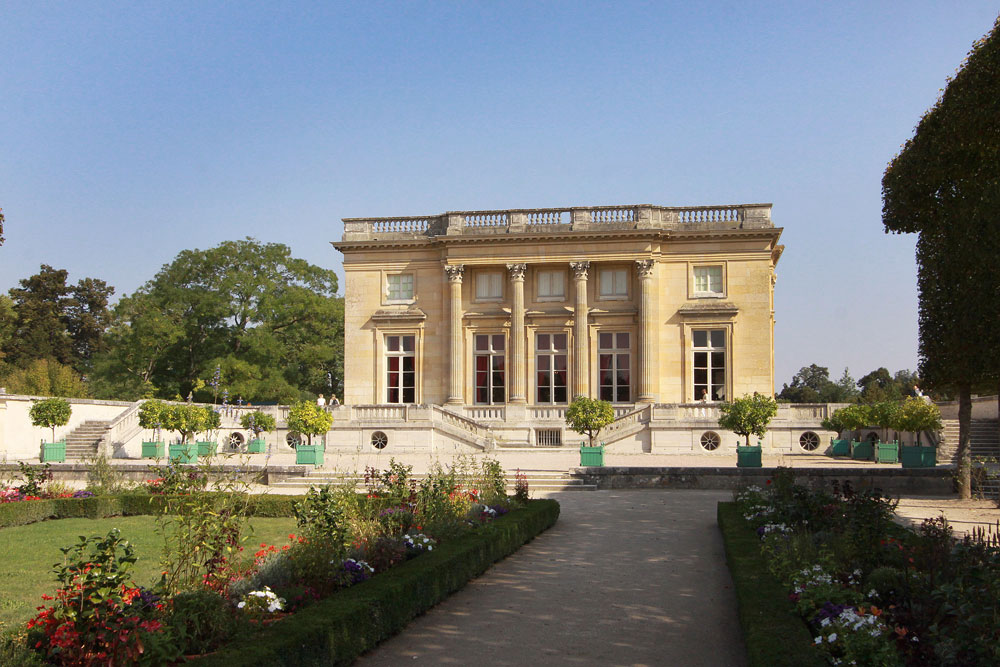 Le Petit Trianon and its surrounding gardens, built in the park of Versailles for Marie Antoinette, were considered the epitome of taste while Jefferson was living in Paris. Such an intimate pavilion was to become an ideal for Parisian architecture. 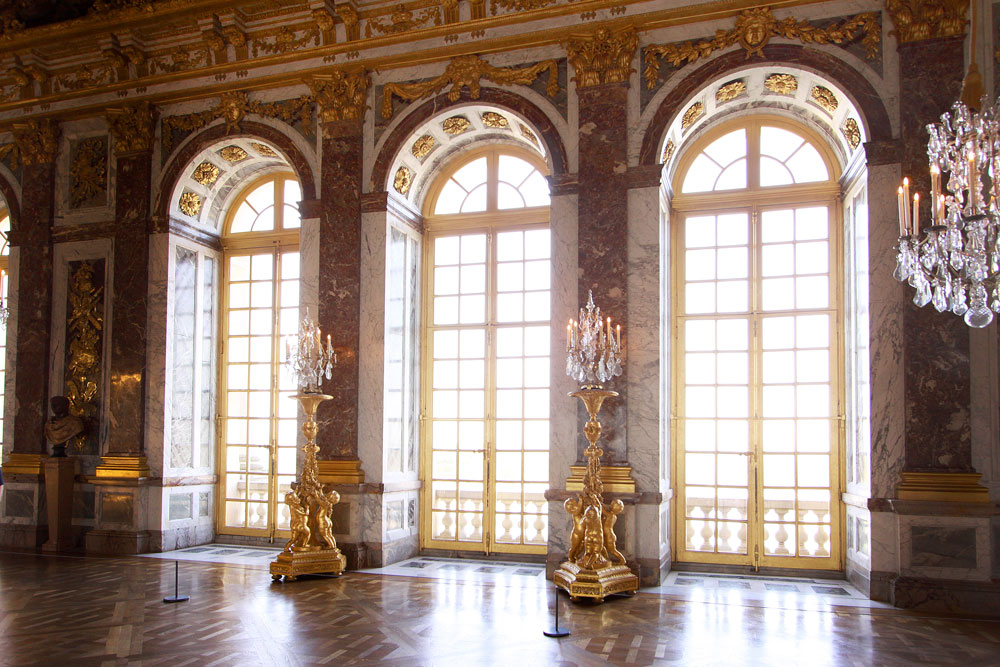 Shown here is a portion of the Hall of Mirrors, Château de Versailles

A young traveler who encountered Jefferson while at Versailles commented, “Although Mr. Jefferson was the plainest man in the room…he was the most courted and most attended to of the whole Diplomatic corps.”