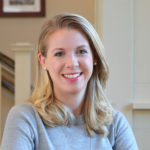 We continue following Alli Hora on her Scotland tour as she travels to Isle of Mull for a visit to a 19th century castle, a floral garden and a vantage point featuring a panoramic view of the surrounding bay waters.

Guided Tour of Isle of Mull

The Isle of Mull is a quaint island off the coast of Scotland. The population of the island tops off at 2,800 with tourism being the mainstay of this gorgeous island’s economy. Our tour guide, Greg, one of the only three taxi drivers on the island, gave us a day-long tour of the island and all its wonder. A native to the island, Greg skillfully navigated the coastal one lane, cliffside, no guardrail, sheep-ridden roads stopping here and there for photo opportunities that abounded throughout our tour.

While traffic is sparse on the island, it is common to have to stop for a lone sheep in the middle of the road. The emerald rolling hills of the island are dotted with sheep and the occasional herd of Highland cows, or “ ‘Iland Coos,” as the natives say. Greg informed us that the island has very few predators–with the exception of sea eagles. At the end of our tour as we pulled up to our final destination, Glengorm Castle, Greg pointed out the island’s “lamb orphanage.” Situated at the end of the mile-long driveway up to the castle, I knew the lamb orphanage was a definite pit-stop to be taken at some point during our stay at the castle.

As we drove around the coastal road, Greg stopped often to tell us about the many local farms we passed and the wildlife (we spotted a few eagles, otters, whales…and a couple hundred sheep). Along our drive, two of the most notable points of interest were Calgary Bay and what locals refer to as “Lucy’s Garden.”

Lip na Cloiche garden is located on the shore of the Isle of Mull and has stunning views of Loch Tuath and the Isle of Ulva. The gardener, Lucy Mackenzie Panizzon, has meticulously landscaped and nursed local plant life into a densely packed, floral garden complete with paths, ponds, vegetable gardens, and a green house. Lucy’s garden is an incredible wonder to behold. Her green thumb and green mindset have heartfully worked in tandem to create her hillside garden. An avid beachcomber and recycler, Lucy uses found objects to aid the landscaping of her garden. The garden has been featured in many noteworthy publications such as “The English Garden” and “Country Living.”

Lucy’s talents stem beyond the garden. During the drearier fall and winter months, gardener Lucy explores the beach side extensively and collects items such as rope, shells, china, and driftwood. While her nursery sleeps in the winter, she satiates her creativity by piecing these uncommon treasures into works of art, mirrors, mobiles, crafts, and other household decorative items. 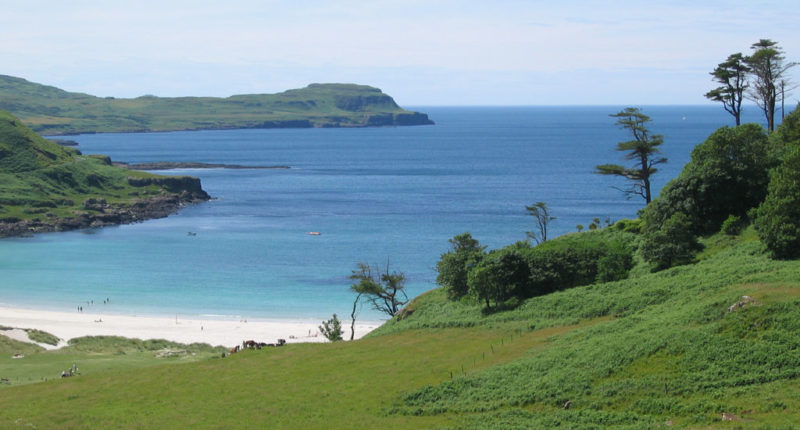 Calgary Bay is situated on the northwestern coast of the Isle of Mull. The Bay offers spectacular panoramic views from multiple vantage points. Crystal blue waters and white beach are surrounded by a meadow of thick green grass framed by low, partially wooded hills. It is truly one of the most gorgeous views I have ever had the privilege to hold. Our guide told us that many a Scot consider Calgary Beach the best beach in Scotland!

A short hike up into the woods overlooking the bay you will find art installations that aim to “provoke and enlighten a general awareness of art in nature.” Local artists and landscapers have come together to develop paths, viewing platforms, and art works. As you walk along the paths, they lead you to The Gallery In the Woods, a local artists gallery and shop.

Located three miles northwest of the primary port of Tobermory, on the Isle of Mull sits Glengorm Castle. The estate was built for James Forsyth by Scottish architect Charles Kinnear in the Scots Baronial style. Charles Kinnear was one half of Peddie and Kinnear Architects, one of Scotland’s most renowned architectural firms. They are known for their revival of the Scots Baronial style. This style developed during the Scottish Renaissance of the 16th and 17th century and was later revived in the 19th century. Inspired by the French Renaissance, the style recalls some of the European “fairytale castles” (which also inspired Disney) and evokes a medieval spirit. Stone is the predominant material of the style, while gothic turrets, crow-stepped gables, lancet windows, decorative corbelling and quoining act as iconic features. Gazing upon this grand castle you can easily spot each of these elements.

While the exterior of the building evokes strength and grandeur, Kinnear took an opposing approach to the interior architecture. As you enter the building you step into a modest foyer with stone flooring and mahogany paneling. Noted as a very wet climate, the necessity for an entry vestibule is undoubtedly understandable. The grand staircase takes full stage as you emerge from the foyer. The staircase, as well as the floor and walls are covered in rich mahogany, a material that has an immediate warming and welcoming effect on those who experience the space. All the primary public rooms such as the entry and stair hall, great room, library and dining room are adorned in mahogany and have relatively modest ceiling heights of twelve to fourteen feet, making each of these spaces rather intimate.

My favorite space within the castle was undoubtedly Kinnear’s jewel for the estate.  The library is given prime real estate, nestled as the centermost public space on the rear side of the castle with incredible vistas of rolling pastures stepping gently towards the ocean. During our visit we were able to experience incredible sunsets that melted into a ceaseless dusk. This time of year, the sun never fully sets in Scotland. The library was outfitted with mahogany paneling, and built-ins that doubled as whiskey and book shelves. I am rather certain the room was coined the “whiskey library.” The groom and his men enjoyed several tastings over the course of our stay! 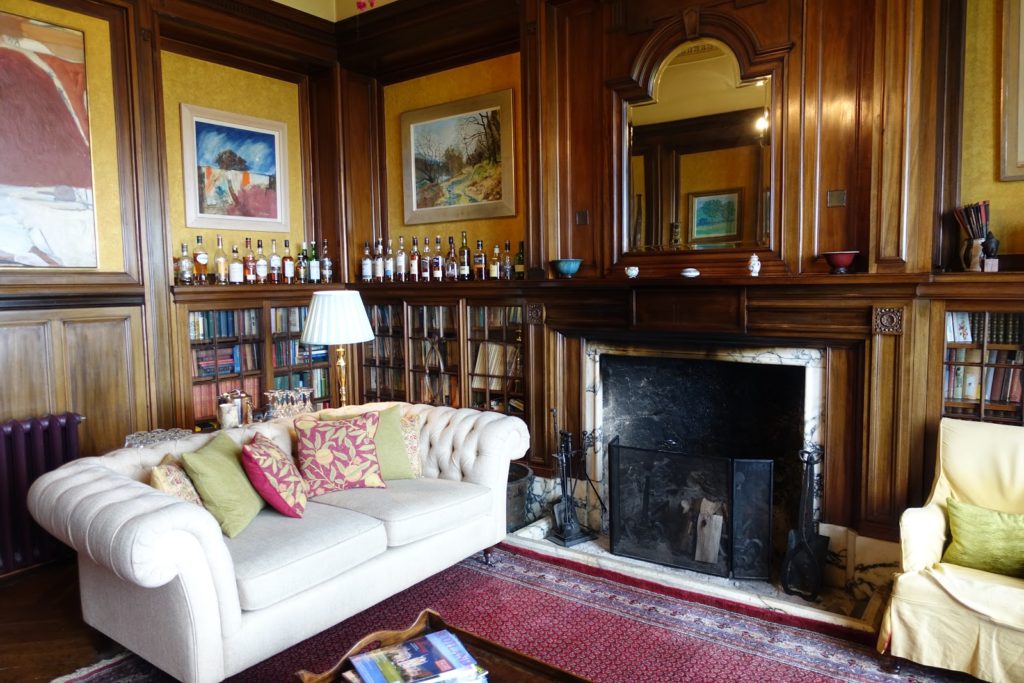 (From left to right) Library of Glengorm Castle; view from the Library

Next week: Alli concludes her tour on the Isle of Mull and finishes in the city of Edinburgh.