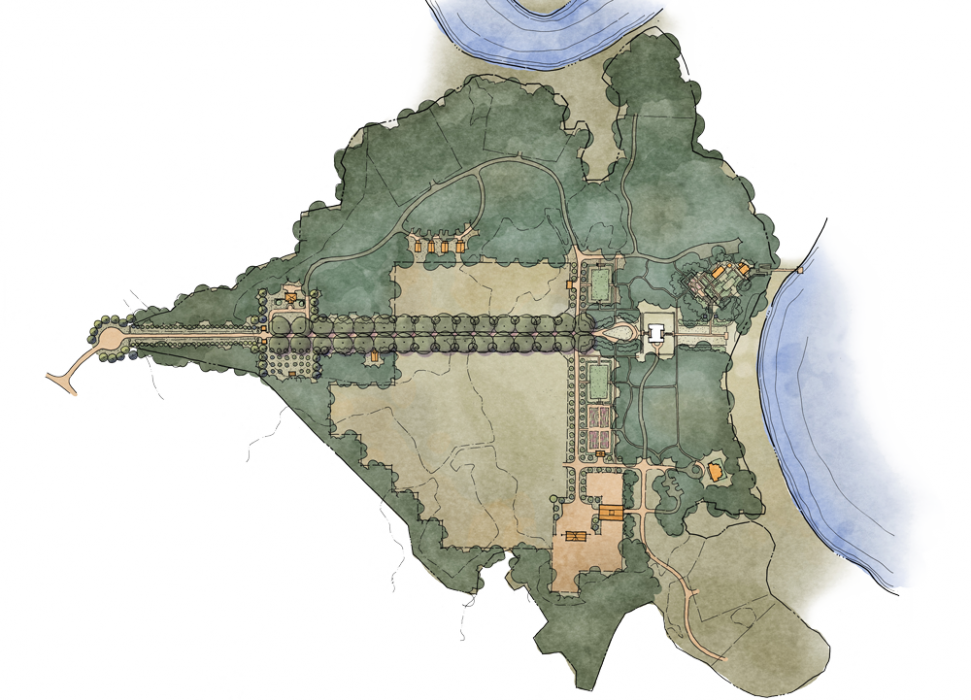 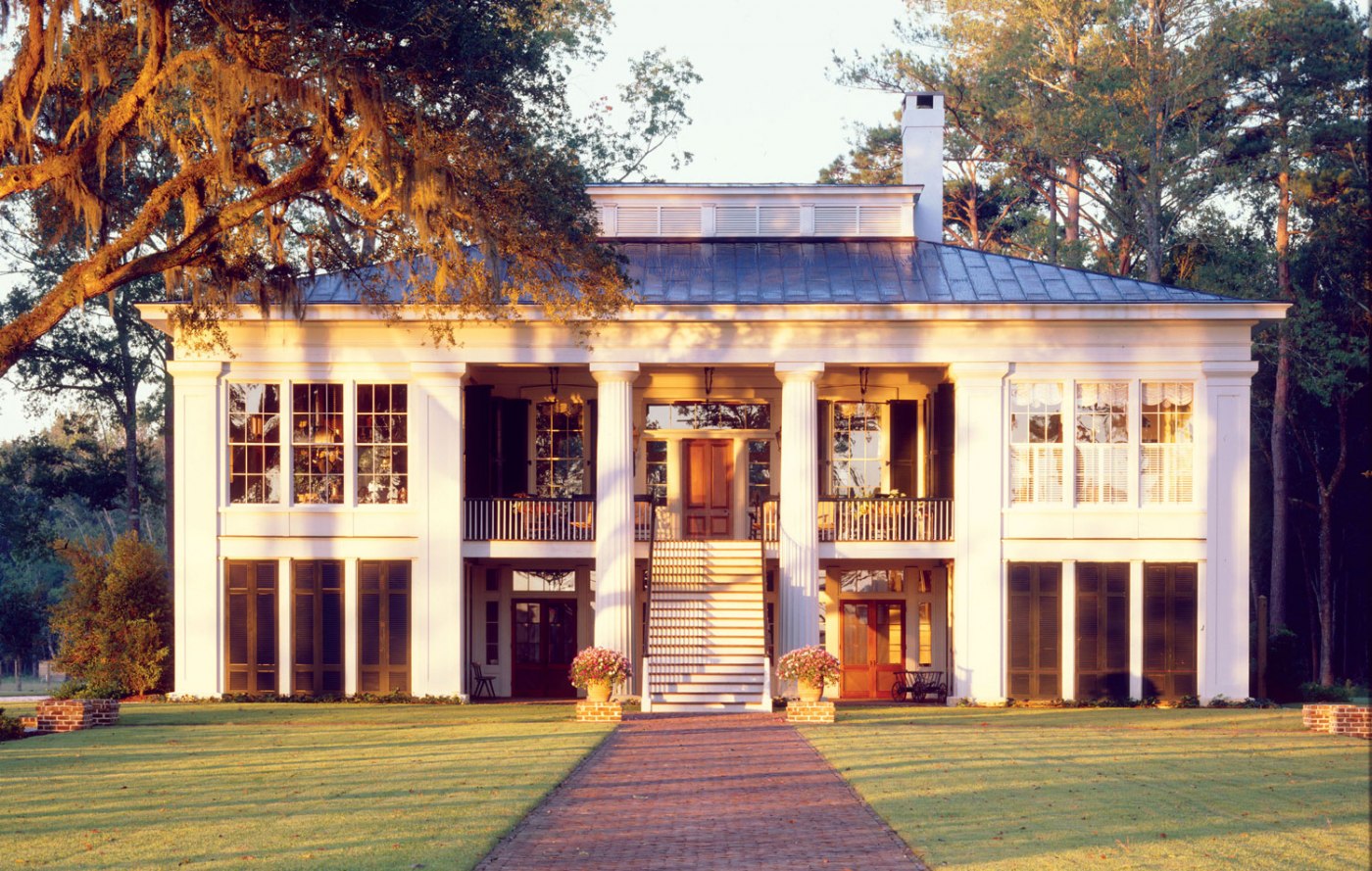 The Big House is a study of scale and proportion. 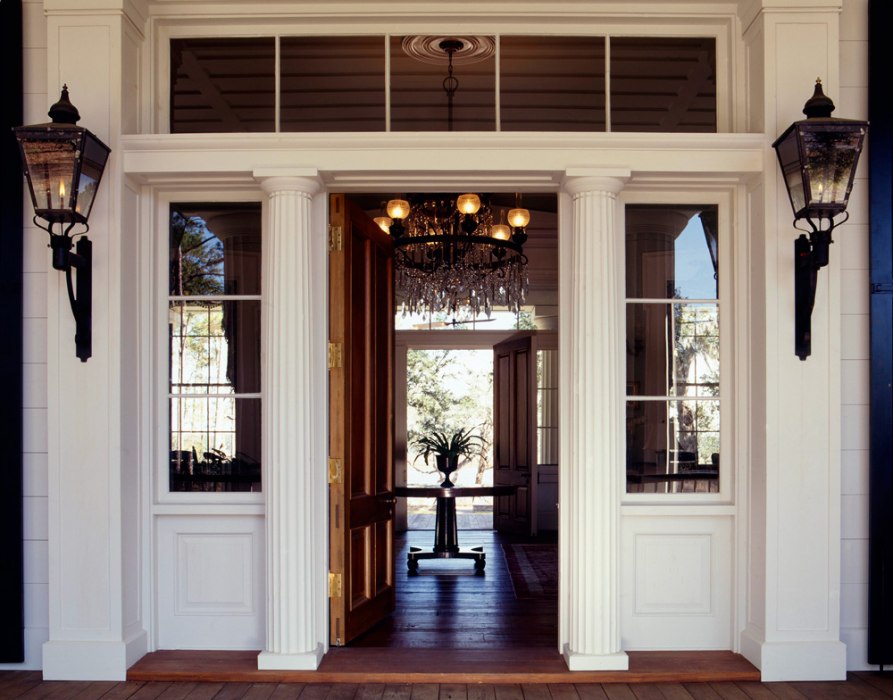 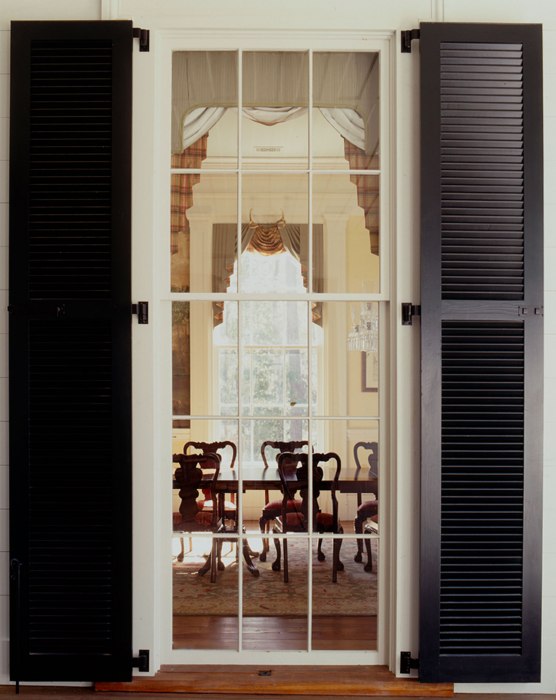 FLUTED COLUMNS WITH DORIC CAPITALS, square pilasters of generous scale and four-by-ten-foot windows play tricks with scale.
These elements veil the home’s stature until you step upon its porch and enter its doors, where the proportions and grandeur are fully realized. 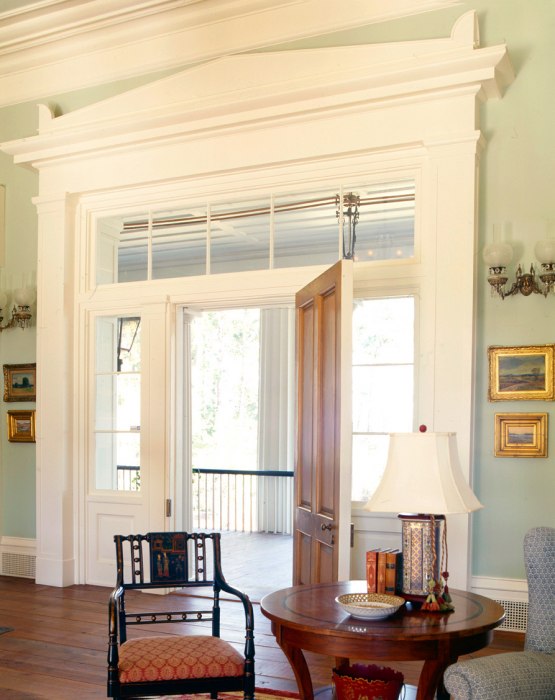 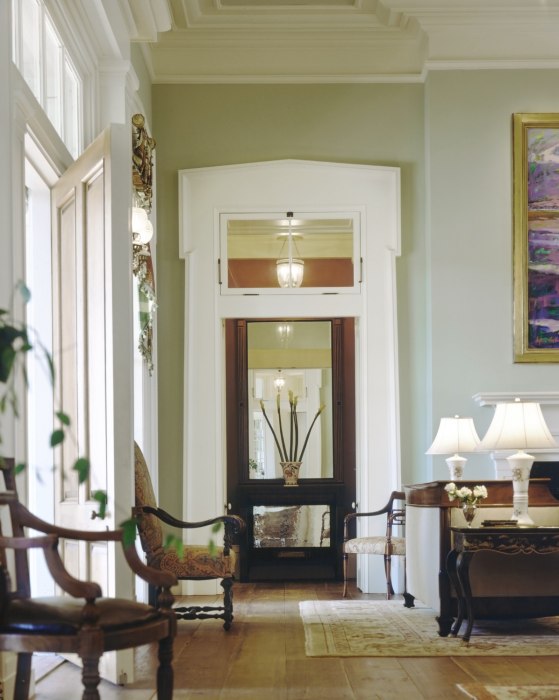 TAPERED ARCHITRAVES IN CLASSICAL GREEK REVIVAL STYLE frame the windows and doors of the Receiving Room. 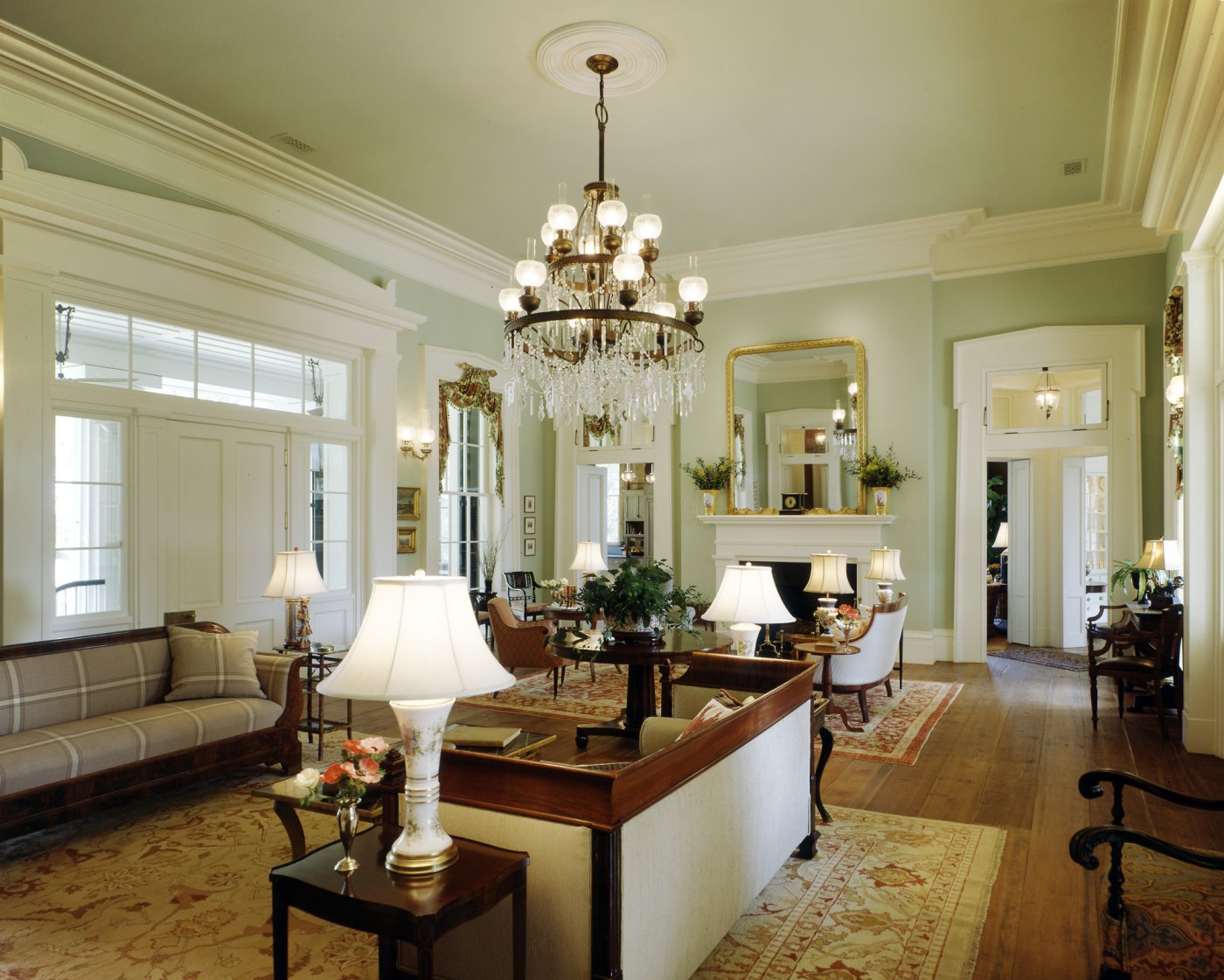 The Receiving Room fills the depth of the home and leads to four flanking rooms. 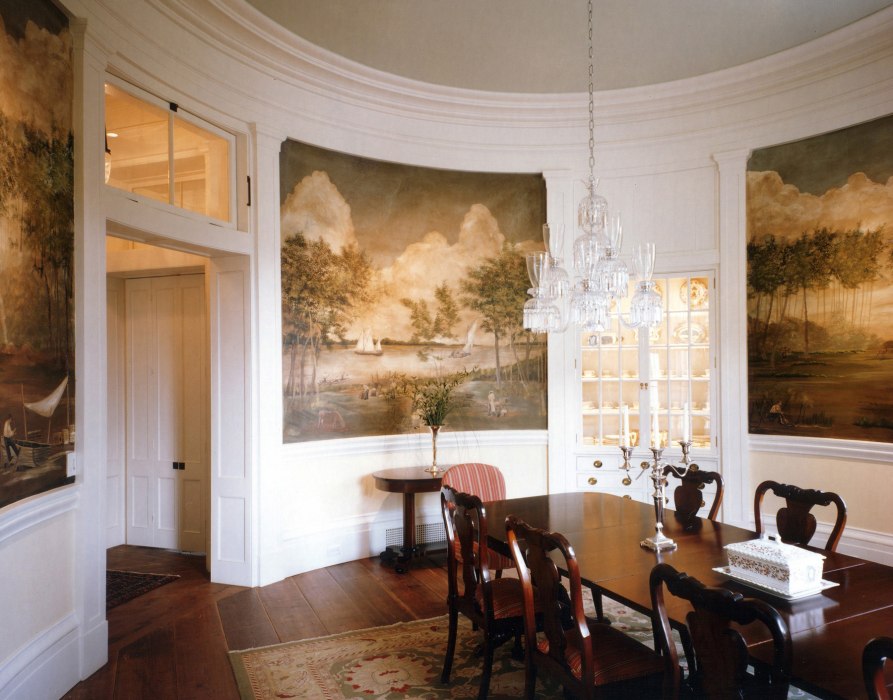 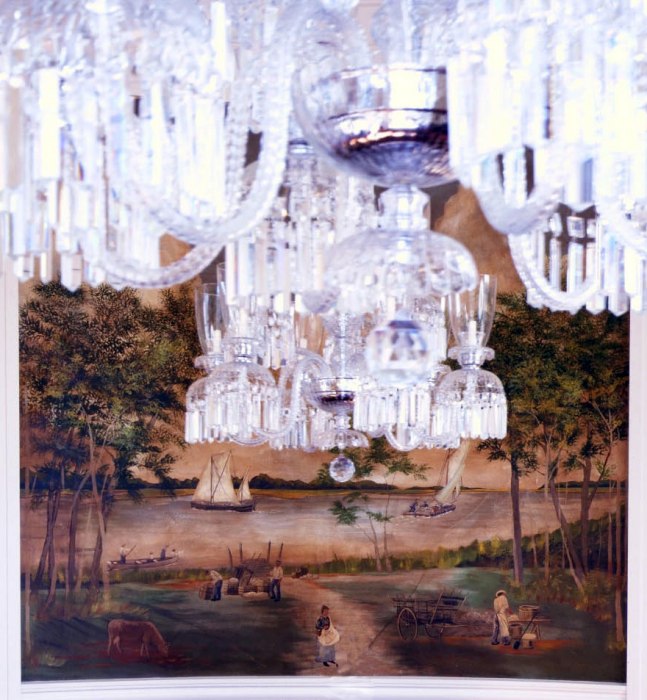 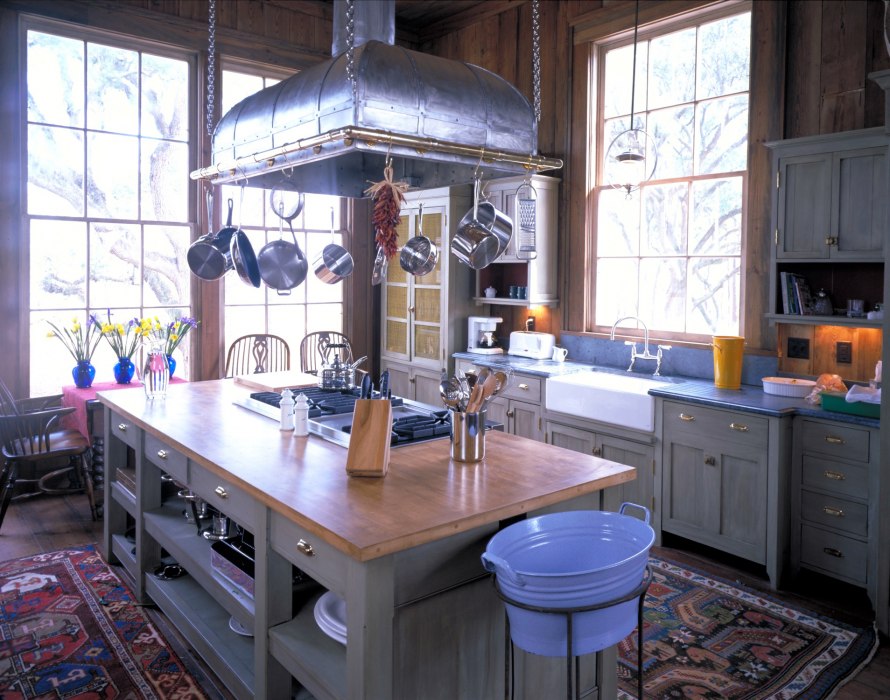 THE KITCHEN IS A MORE RELAXED SPACE OVERLOOKING THE RIVER 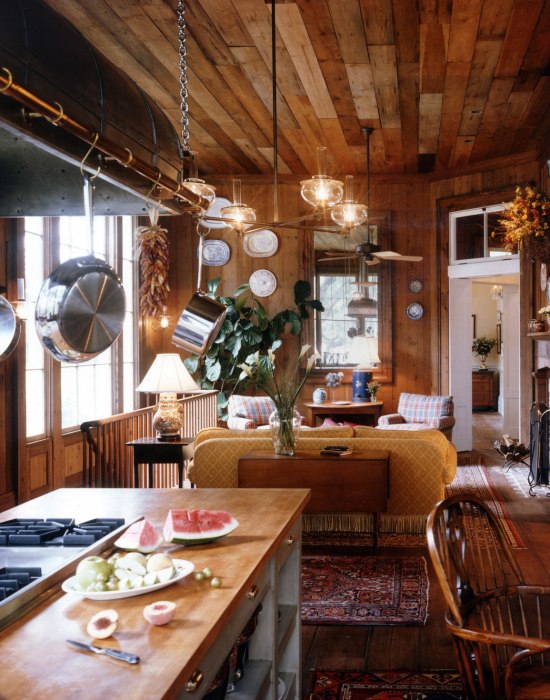 THE KEEPING ROOM IS CLAD IN RECLAIMED WOOD 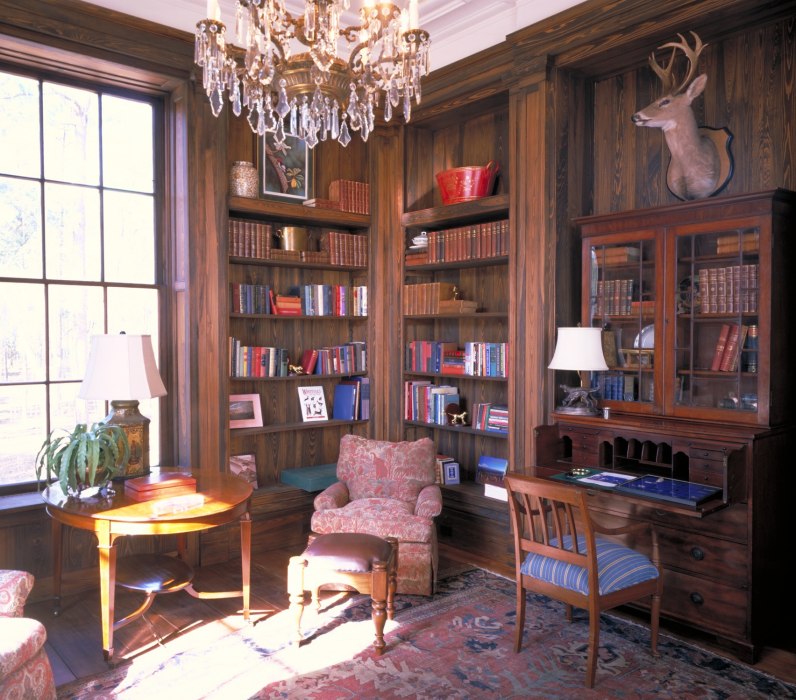 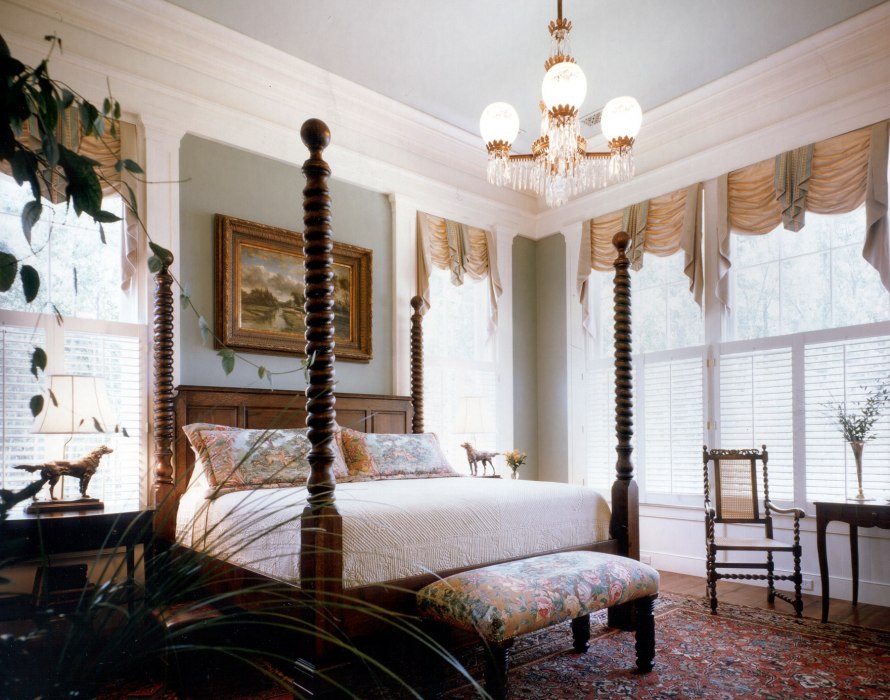 THE BEDROOM, WRAPPED WITH WINDOWS, IS AWASH WITH LIGHT 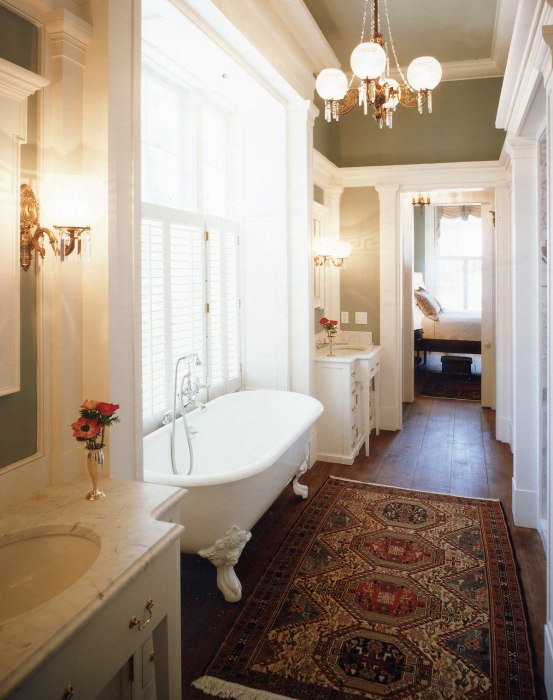 ANTIQUES ADD ELEGANCE TO THE BATH
next

FOUR ROOMS RADIATE OFF THE RECEIVING ROOM at the outer corners:
a Dining Room, Kitchen and Keeping Room, Gentleman’s Study, and Master Bedroom. 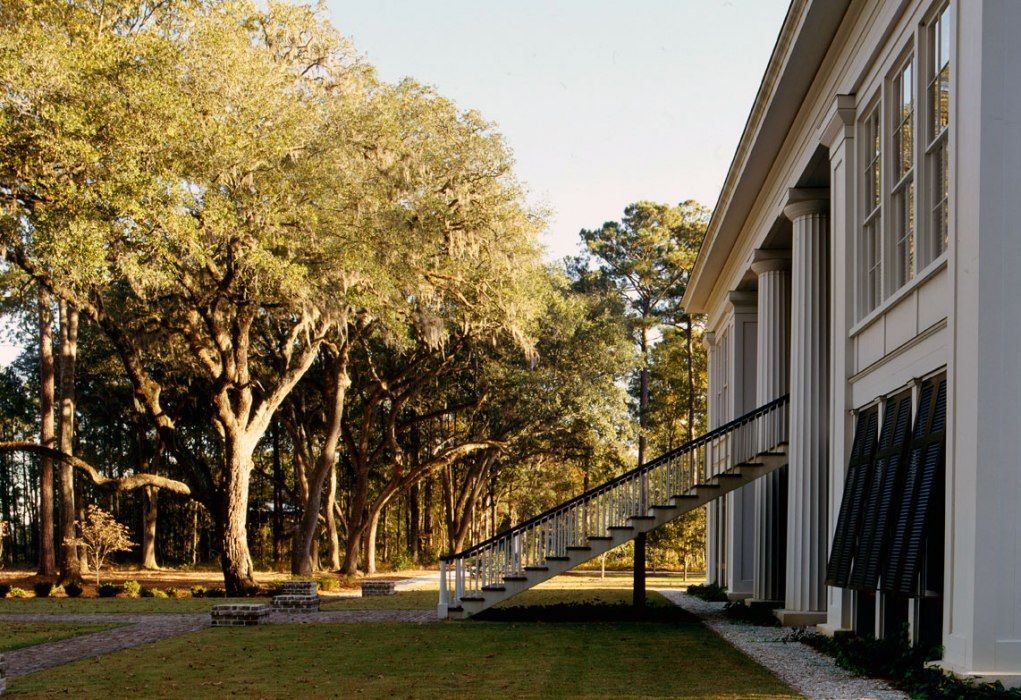 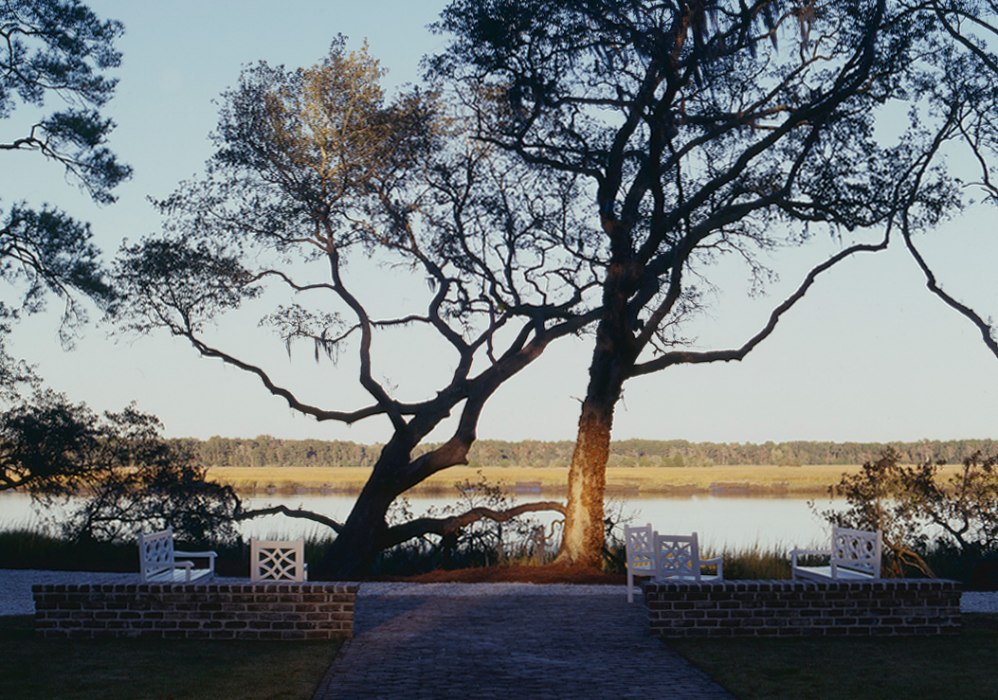 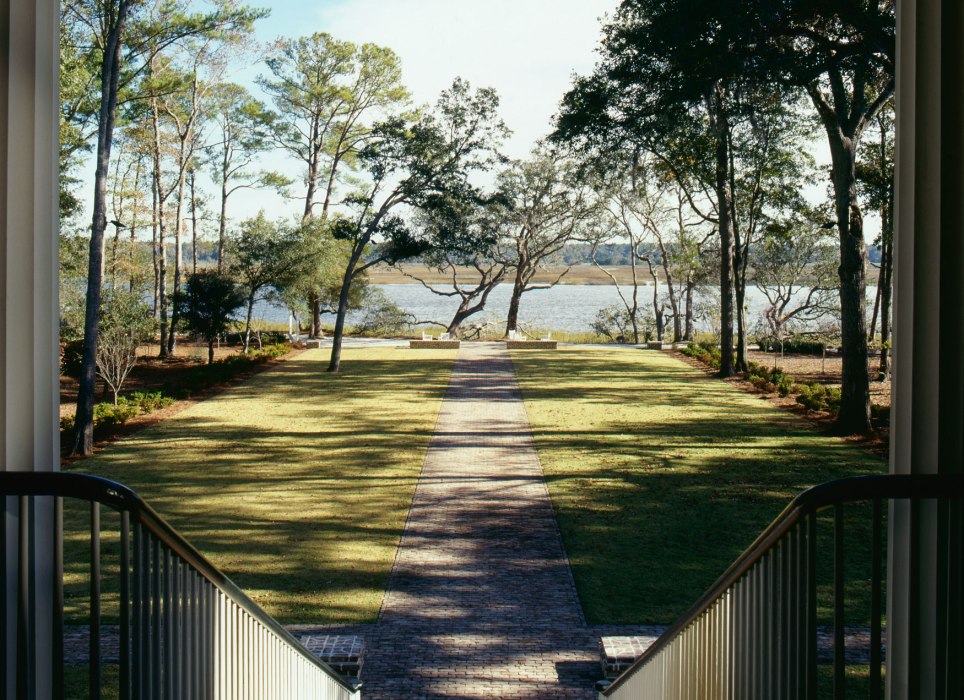 WATERWAYS SERVED AS THE PRIMARY “ROADS” to island plantations in the antebellum South, and many of the earliest homes had formal entries facing the rivers. The late Robert Marvin, regarded as the father of southern landscape architecture, designed the formal approach from the river to the Big House’s large veranda. From the formal river landing, brick walks signal a destination to be discovered. Meandering under Live Oaks and along the river’s edge, the brick yields to oyster shell pathways that reveal the Oyster House, a spacious guest lodge with indigenous character. 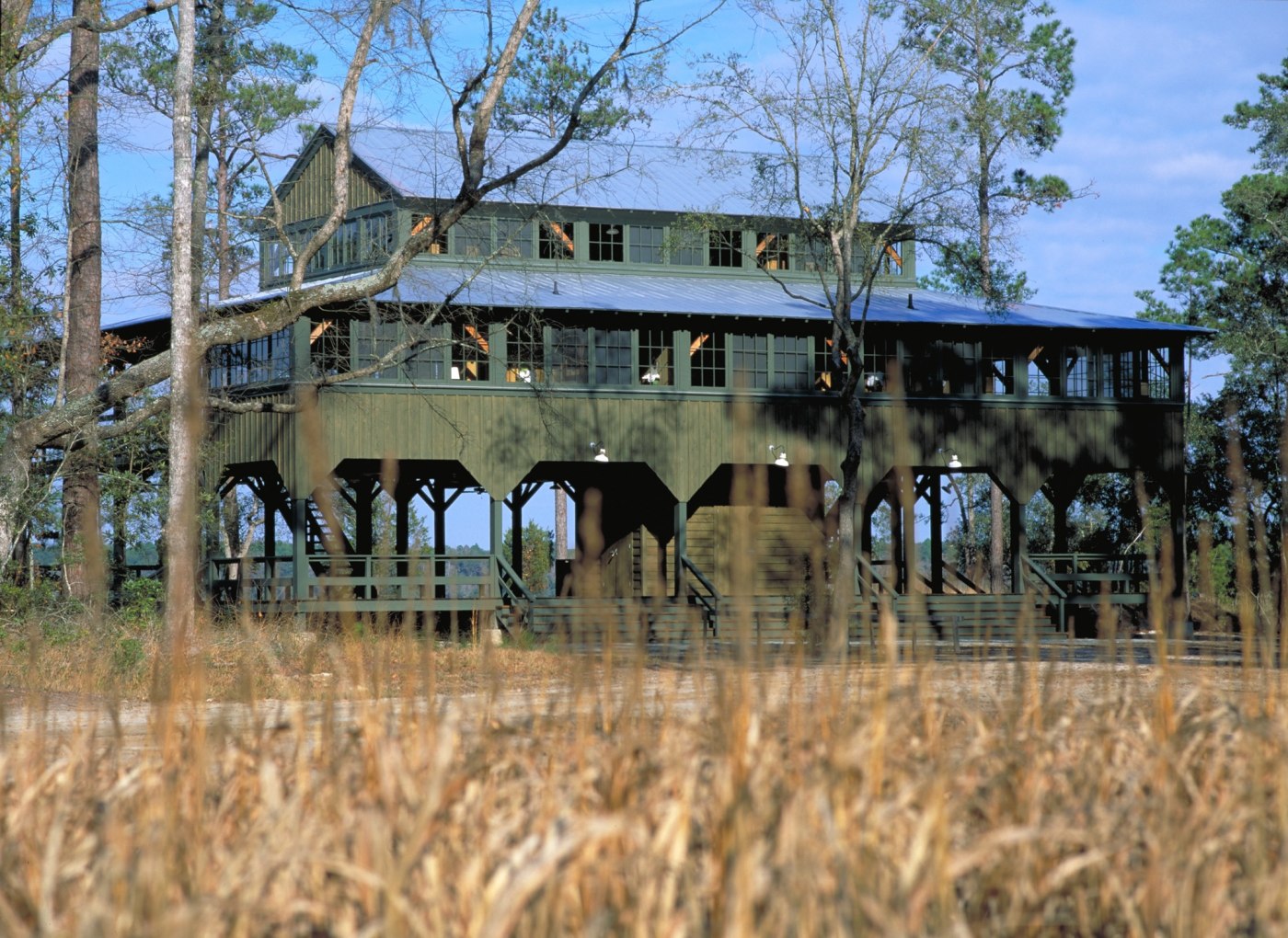 The Oyster House is a riverfront sporting lodge. 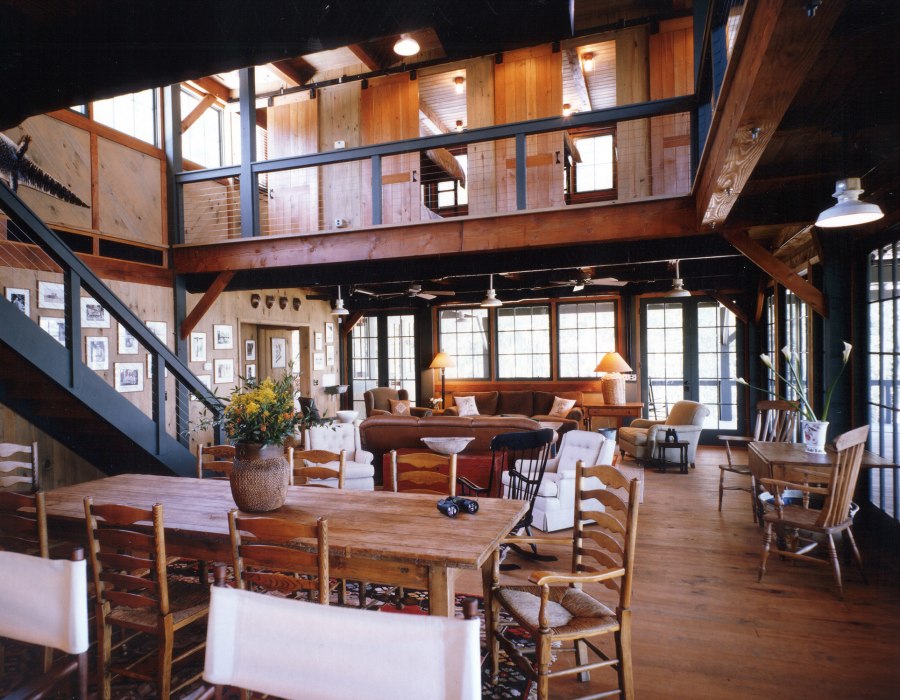 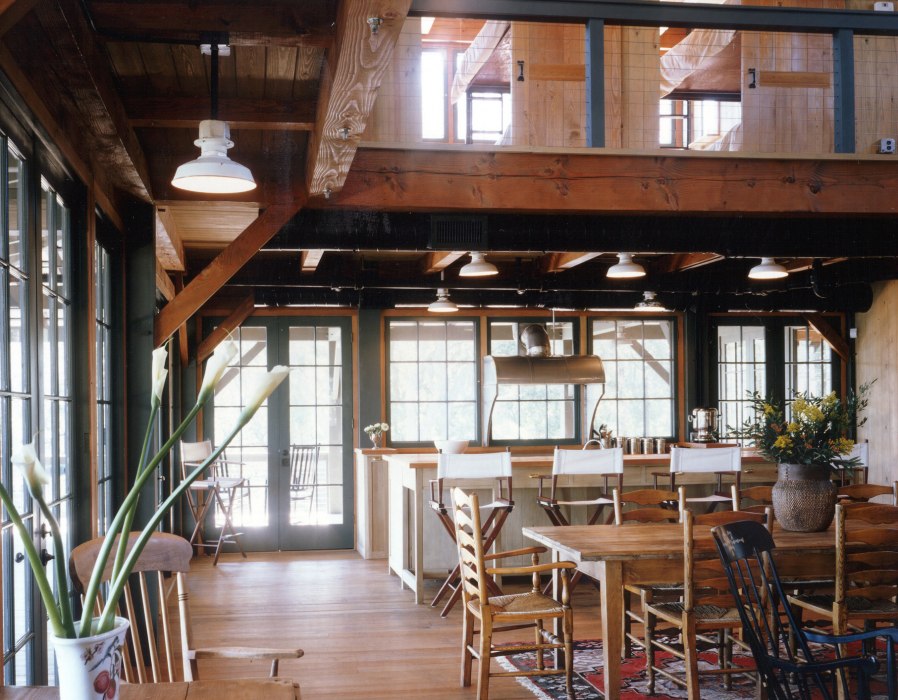 TRUE TIMBER-FRAME CONSTRUCTION and the sturdy simplicity of
post and beam carpentry are evident in the Oyster House. 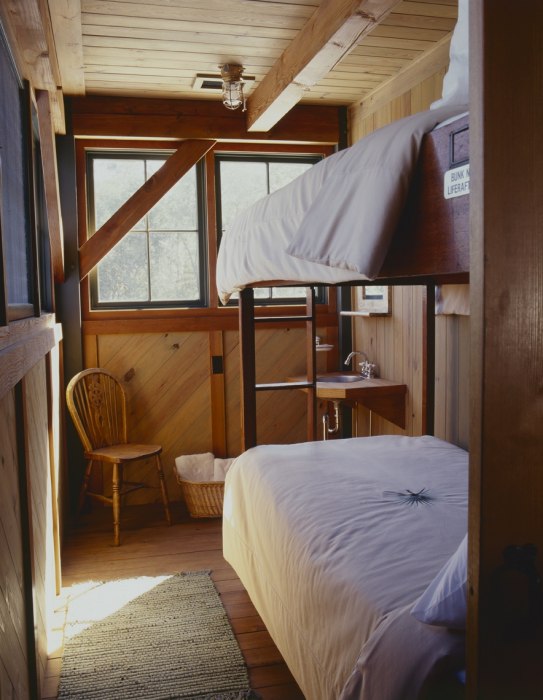 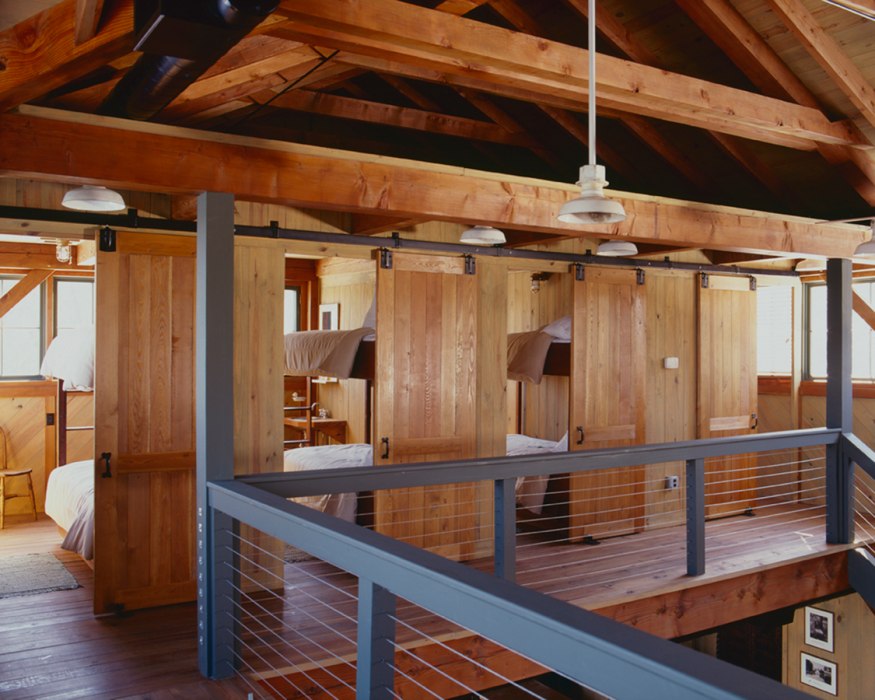 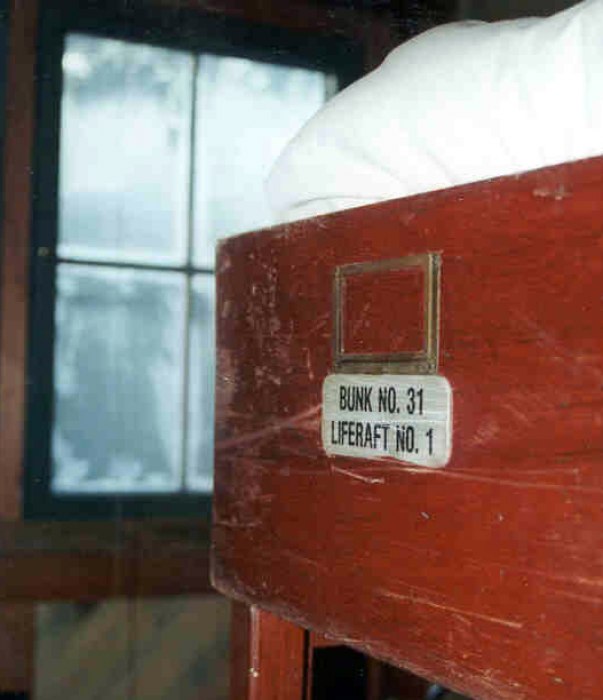 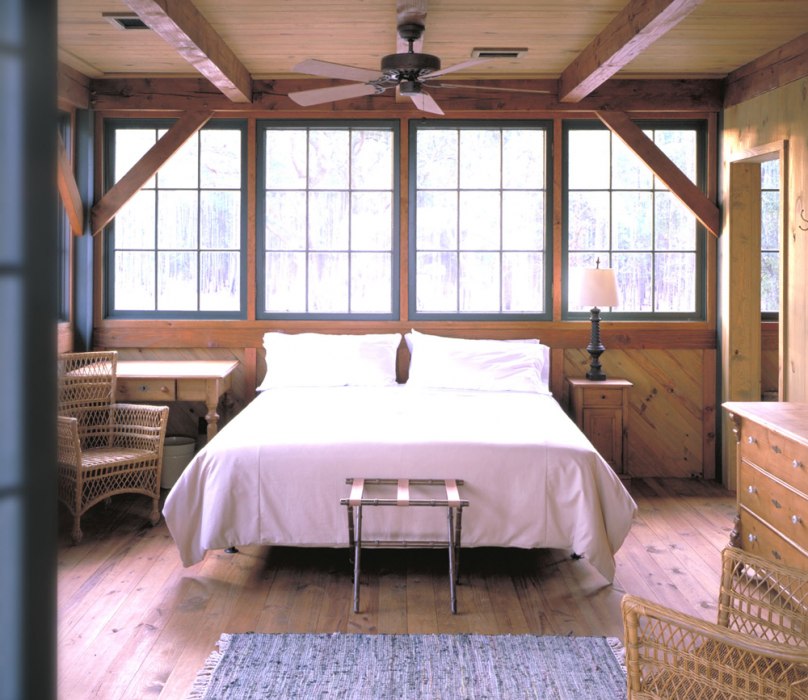 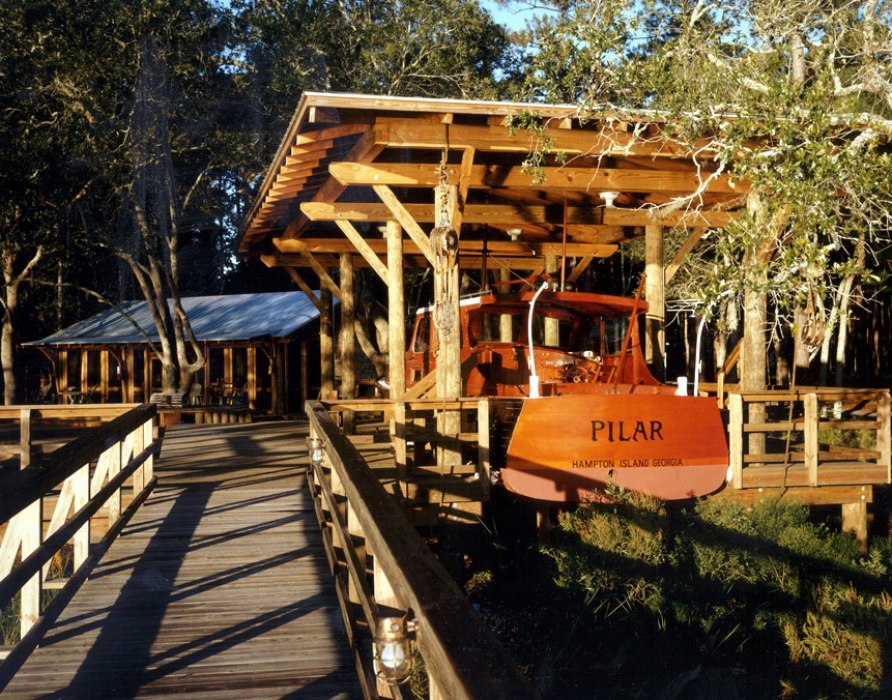 A SHORT STROLL ALONG THE RIVER LEADS TO THE DOCK, where a permanently moored mahogany sports fisherman, first christened in 1928, serves as a guest room at water’s edge. Just beyond sits the Summer House, a rustic screened pavilion that hosts lively, fresh-off-the-dock shrimp boils and fish fries.